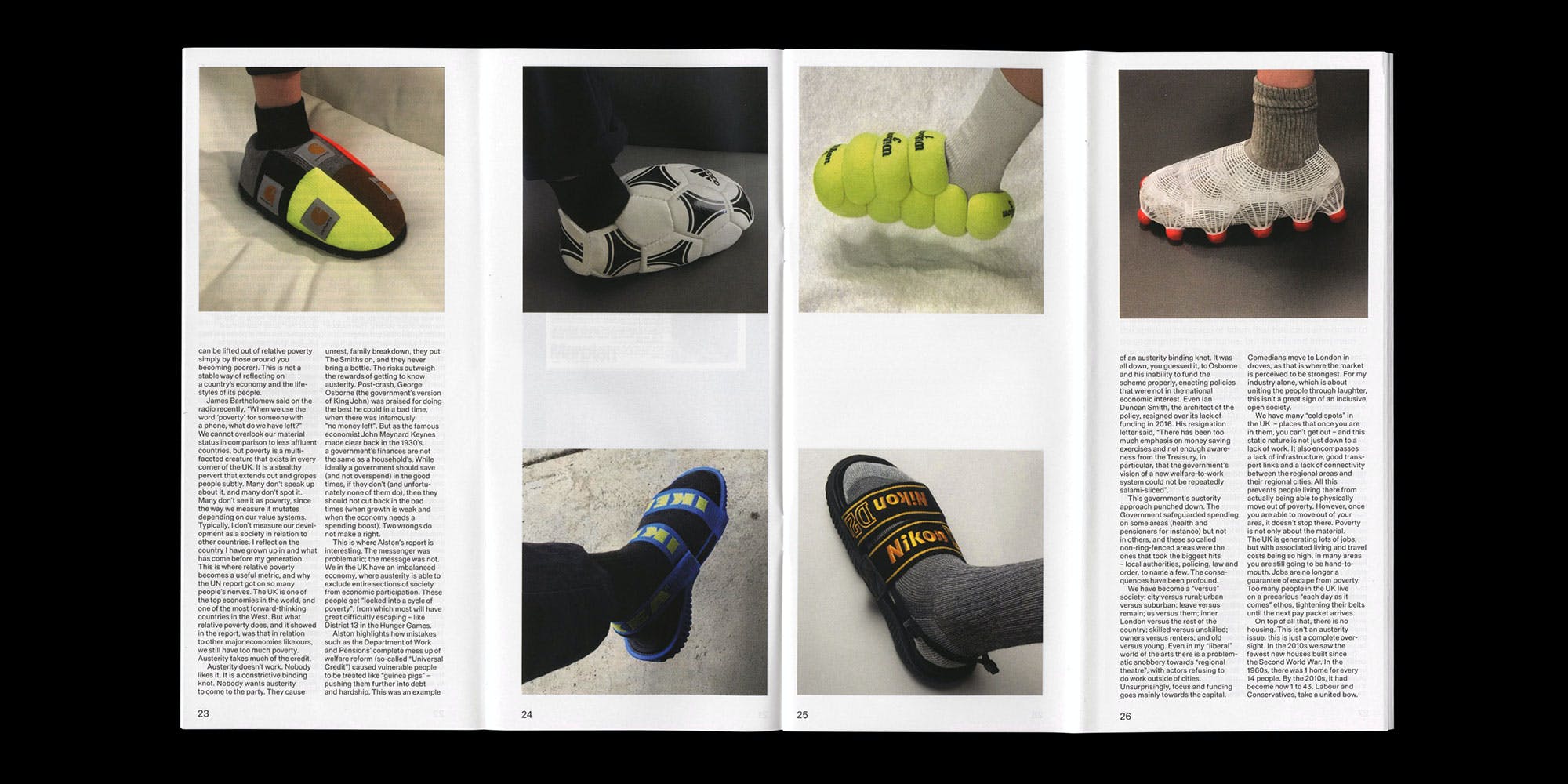 Real Review’s strapline is ‘What it means to live today’, and it feels like every issue that question becomes more intimidatingly massive. The editor’s letter for this edition, Real Review’s eighth, acknowledges that what we are living through now is desperate; and the strategy proposed is a surprisingly dirty one. The theme for the issue is ‘Against from Within’. The face on the cover wears a balaclava; rather than challenging institutions directly, it’s time to infiltrate and take things down from the inside.

Handling its theme with characteristic nuance, Real Review is transparent about the moral holes in this approach. The very first interview in the magazine is with Chelsea Manning, who leaked US human rights abuses and corruption in Iraq and Afghanistan — including video Collateral Murder, which showed the US army killing a dozen unarmed civilians. This is Manning’s only interview with an independent UK publication, and she begins by saying that she doesn’t think ‘against from within’ is such an effective strategy after all. Instead, she champions a more aggressive approach, referencing the students who pulled down the confederate statue in Chapel Hill, North Carolina.

It’s Real Review’s embrace of this kind of contradiction that makes it provocative. The best pieces, like the 16-page insert by photographer Wolfgang Tillmans that’s slipped inside every issue, document a struggle. A kind of grappling with political motives — clean and unclean — to understand what, if anything, can affect change.

One of the most compelling pieces, by Shumon Basar, turns those questions inwards. Called ‘Do You Often Confuse Love, Success, and Fame?’, it reads like an existential crisis: (Do you miss the old you?… Do you think changing the world is cute but extremely naive?…Do you spend too much time working on projects that won’t really help you escape the rotten pit of anonymity?)

A beautiful, difficult magazine, it’s a testament to Real Review’s depth and integrity that it can pose such uncomfortable questions. Editor Jack Self talked us through the issue. 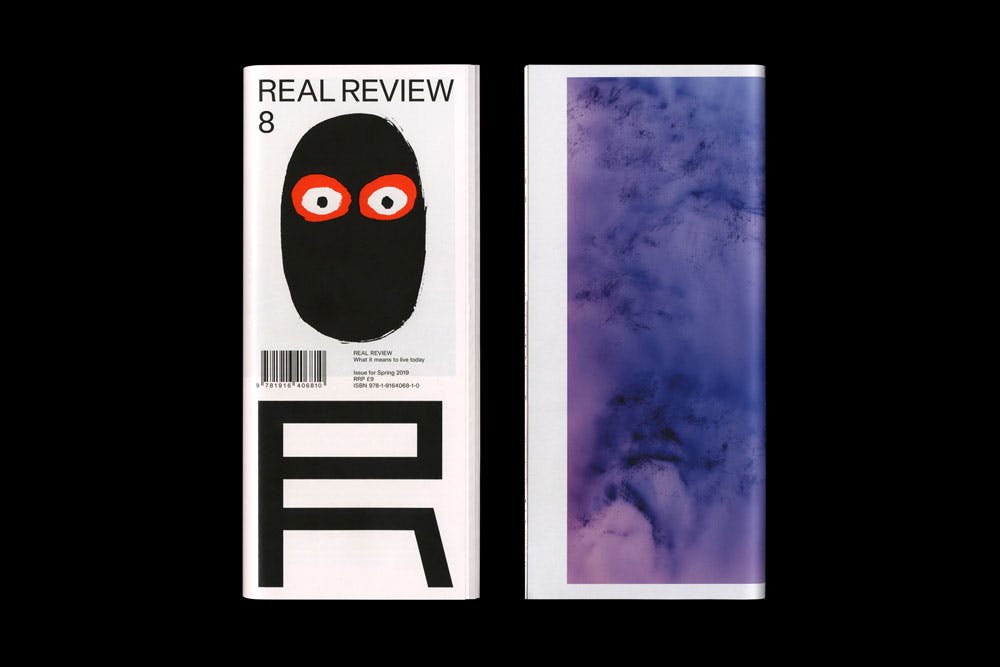 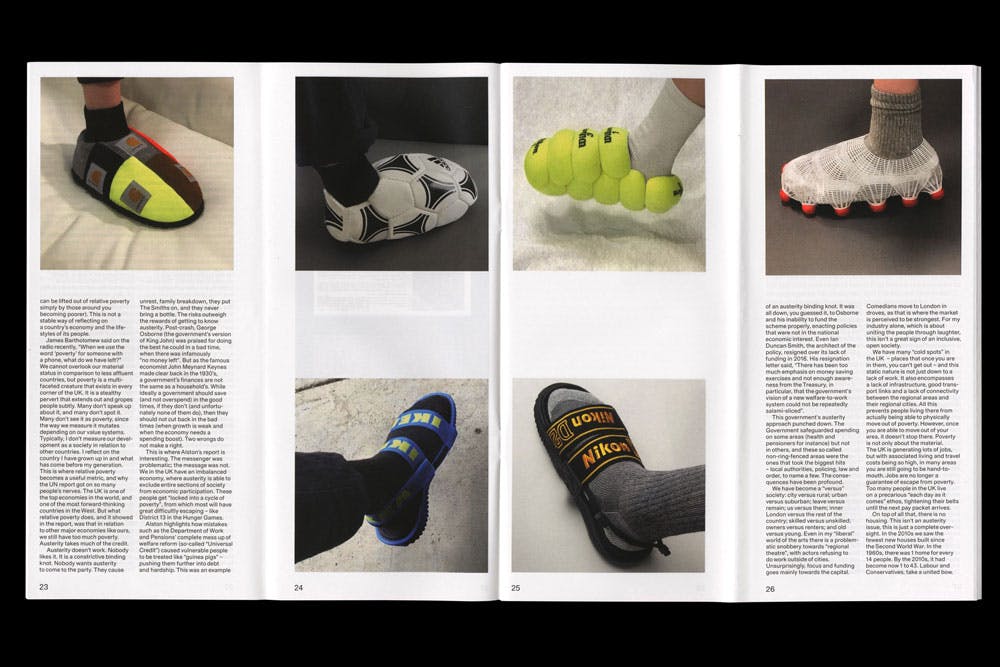 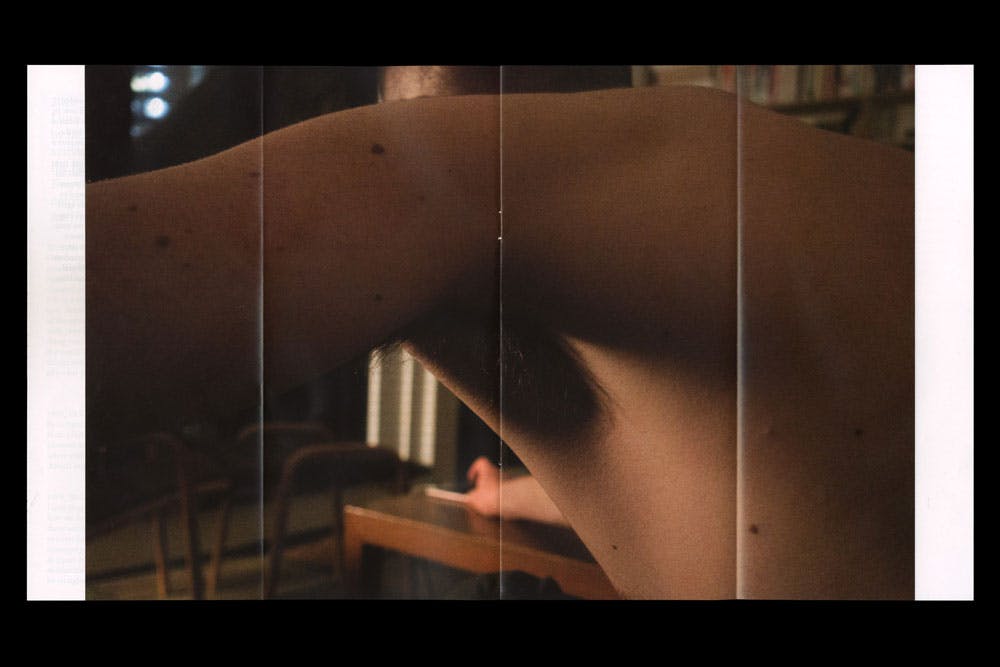 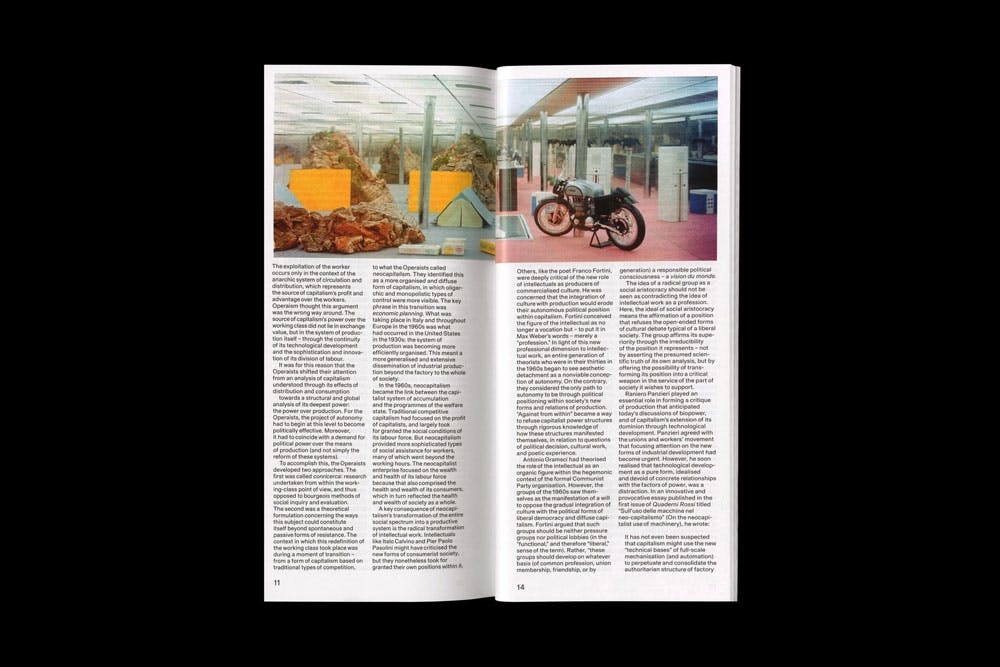 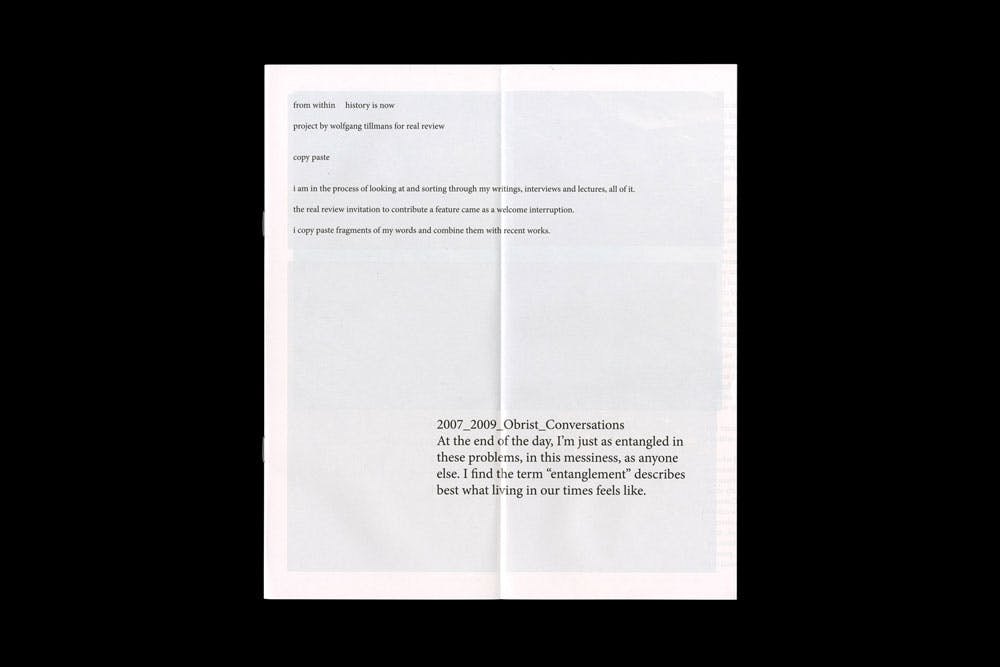 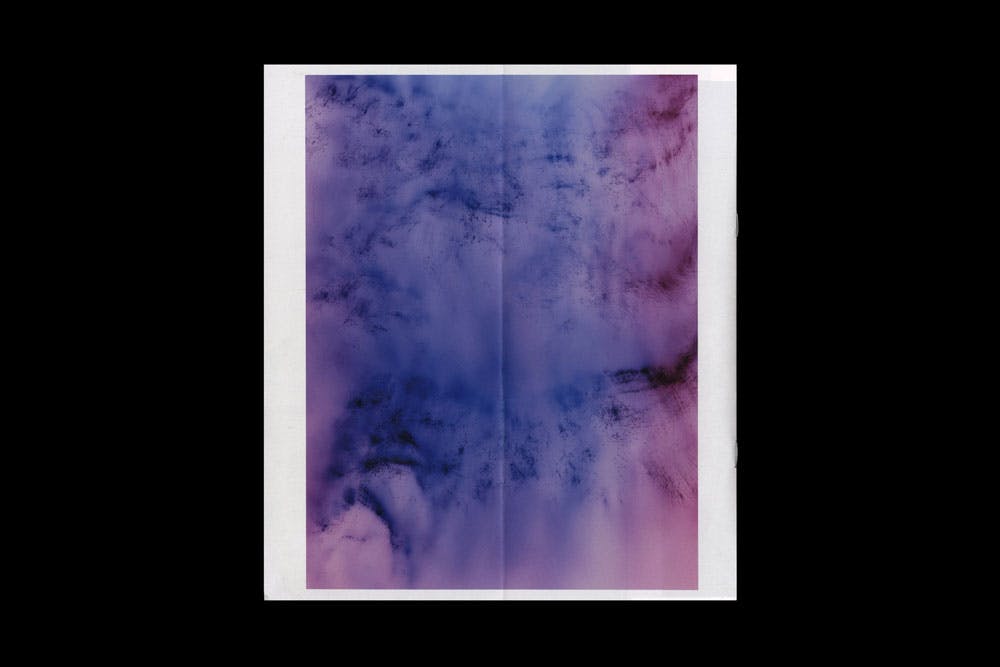 As a quarterly publication dedicated to “what it means to live today”, we are trying to define the zeitgeist. But production schedules mean we must predict the current mood three months into the future. Against from Within was a response to a sense of desperation that I think many progressives feel right now. The possibility for agency through direct confrontation seems very limited. In those circumstances, the Trojan horse strategy seems very attractive.

Then it’s interesting, because the very first answer Chelsea Manning gives — and the very first thing we read really in the magazine — seems to refute ‘Against from Within’ as a viable strategy. Chelsea seems to be suggesting, by making reference to the confederate statue protest, that stealth is *not* the best way of fighting our new political reality. What was your intention with that juxtaposition?

Real Review promotes inclusivity and diversity, so you can’t simply edit out anything that contradicts your own ideas. I think it was important for Chelsea to remind us all that change requires struggle. Rather than go underground to achieve our aims, this instead becomes precisely the moment when we need to redouble our efforts. I felt there was a lot of validity in that sentiment. It requires much more strength to follow Chelsea’s path.

This is Chelsea Manning’s only interview with an independent UK publication since being released from prison. That must have taken some organising.

It was exceptionally difficult, and was only made possible with a lot of assistance from the ICA. There were quite a lot of messages being relayed indirectly and via encrypted telephone calls. I thought Chelsea would be a great advocate for bringing down systems from within, but in fact she was even more radical. To discuss her life and hear about her experiences is an excellent lesson in humility and resistance.

In the interview, Manning says that leaving jail was no relief, really, because the USA is one large prison. Can you explain a little bit about what she means by that?

Chelsea was cut off from society for almost seven years while in prison. When she came out the world had accelerated in a direction that really worried her: towards greater surveillance, xenophobia, and abuses by the state of hard-won civil rights.

In aeroplanes they tell you to put on your own oxygen mask before helping those around you. Compassion often works in a similar way.

Elf Lyon’s essay in the issue argues that austerity has “cut down one of our greatest societal strengths: empathy.” How does austerity erode our ability to feel for other people?

In aeroplanes they tell you to put on your own oxygen mask before helping those around you. Compassion often works in a similar way; when you have no spare time, no security in your job, no sense of moving towards a better future, when daily life is an existential struggle, how can we expect an individual to be generous towards others?

In your excellent piece Low Batt, you have this great line: “low batt is the gamification of the soul”. What do you mean by that?

Humans respond in particular ways to games; by transforming simple everyday tasks at work and at home you can increase competition, aggressiveness, xenophobia, intolerance, but also profit and productivity. Learning how to manage a full battery charge on our phones involves taking responsibility for every aspect of our schedule and routine. It flattens all experiences of the world into “events” that must be managed. This process turns our soul into an instrument of a dangerous game.

This process turns our soul into an instrument of a dangerous game.

There’s a really interesting interview with Virgil Abloh, who is the new artistic director of menswear at Louis Vuitton. He talks about his new campaign imagery, which seems to encapsulate both the power and the problems with ‘Against from Within’. The photograph is of a young Sudanese refugee in a Louis Vuitton jumper, not aware of the meaning of luxury. Do you personally think the advert works? Can you really go inside the ranks of that kind of fashion behemoth and destroy and change from within?

Broadly, Virgil is trying to dissolve the structures of power that would have prevented someone like him from obtaining that position in the past. We should always remain sceptical and critical towards any approach, however Virgil’s accomplishments are plain to see. So the strategy clearly has some validity. It’s rather complex to describe the context and content of the advert, he was trying to subvert traditional associations with luxury.

Did you receive any money for printing the full page ad?

Yes, this was a paid advert. I view it as a one-time project, especially since it came right at the end of the issue and was the image that Virgil wanted us to run with his text anyway. The only reason I accepted it is because it didn’t alter our editorial agenda. Ultimately though, advertising is not something I really want to see in Real Review.

We love Tillmans’ contribution, and his thoughts on the way communal space operates outside of government control. Architecture is of course at the heart of Real Review — but it’s a quiet presence. A first time reader might not know it was an architecture title. What is the importance of architecture to Real Review?

Architecture is the most important form of spatial practice. In fact, I would argue it is the only design discipline whose principal concern is the formation of social power relations in space. I am an architect; the publisher of the magazine is REAL foundation, an architectural firm and cultural institute. So architecture is at the core of the magazine, but only in the sense that it informs the entire approach towards material culture. Architecture as a way of analysing space, power, wealth, etc, is about much more than simply buildings. 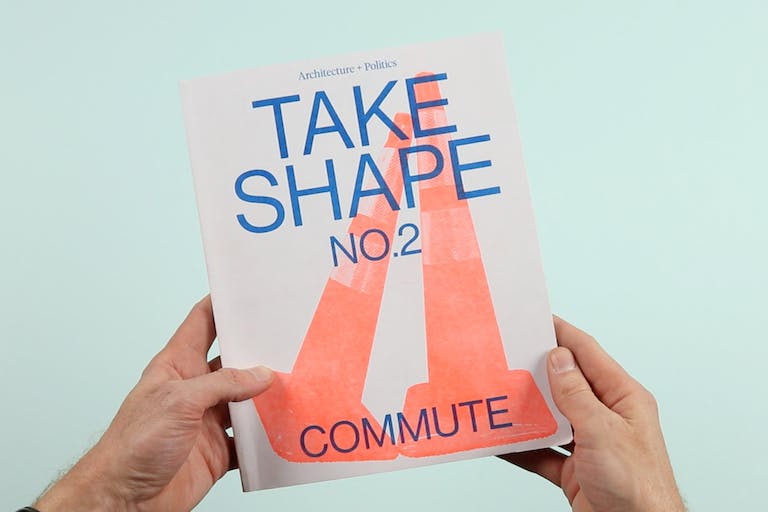 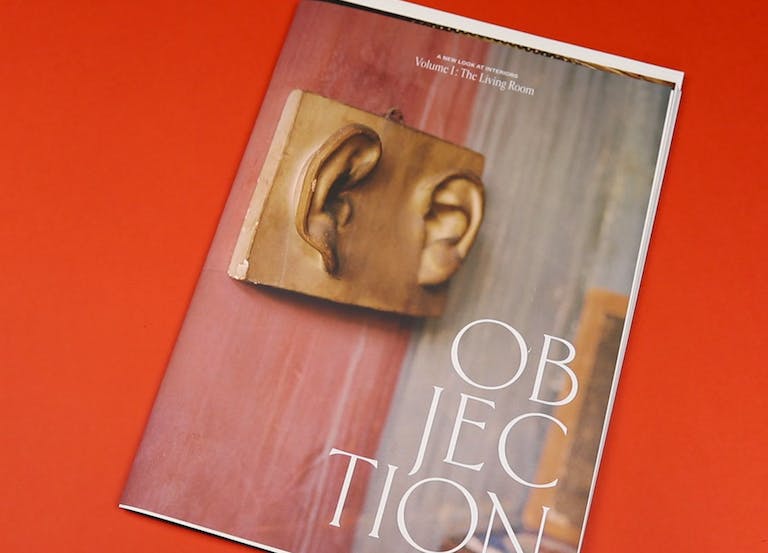 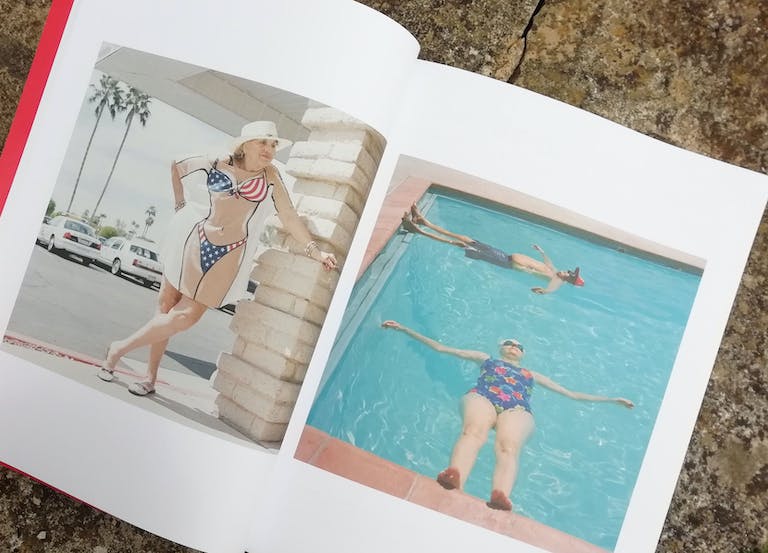