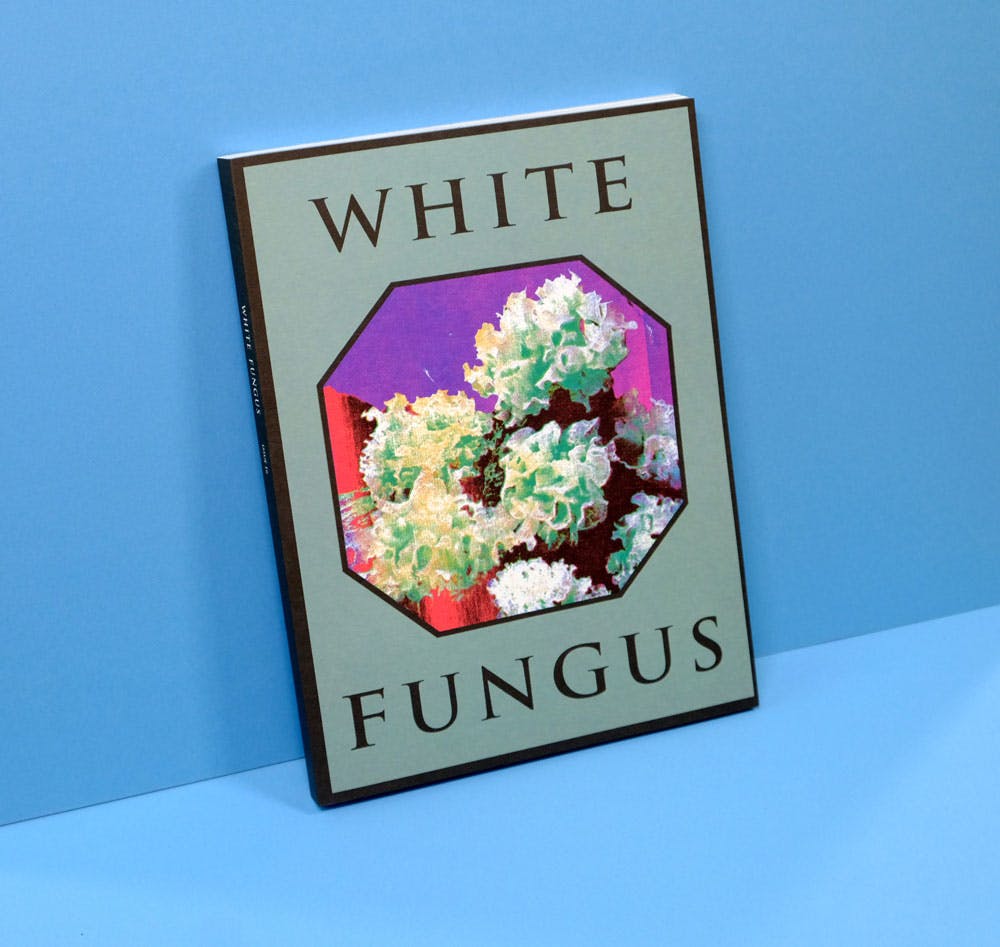 The first issue of White Fungus was distributed in a novel way. Editor Ron Hanson and his art director (and brother) Mark wrapped the magazines up in Christmas paper and threw them into the entrances of businesses in broad daylight. Started as a one-off publication protesting the building of an inner-city bypass that would destroy the arts district in Wellington, New Zealand, the idea was to get their anti-gentrification message noticed. “We thought of it as a gift to the city,” Ron explains. “And who can resist that shiny Christmas wrapping?”

Sixteen issues later, and they still have a delightfully unconventional approach. Every single edition, for example, has the same cover star: a scan of a can of white fungus Mark found in a supermarket a couple blocks from their home in Taichung City back in 2003. Based between New Zealand and Taipei, this latest issue might not have an explicit political objective but stories reflect and question that unusual heritage — one essay explores the history of the countercultural ‘noise movement’ in post-martial law Taiwan. Pieces are academic, and sprawling, and feel like they’re written for the pleasure of the editorial team, rather than the audience (the first article here is a gloriously random 36-page investigation into the capacity of animals to make and enjoy music).

It’s all a bit mad: exactly what indie print should be. Ron agreed to demystify things a little bit by giving us an interview. 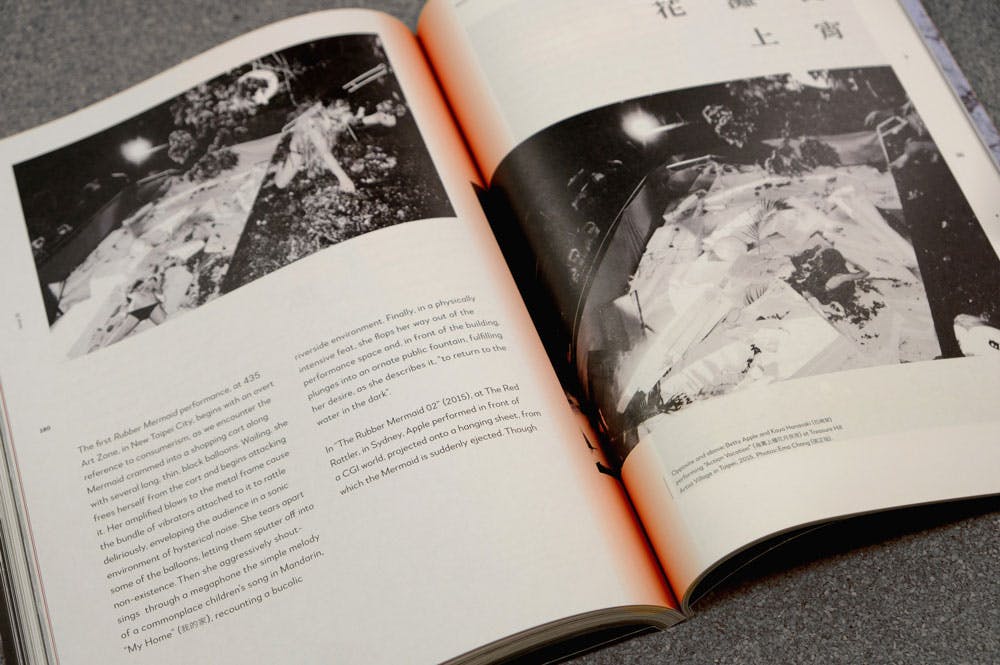 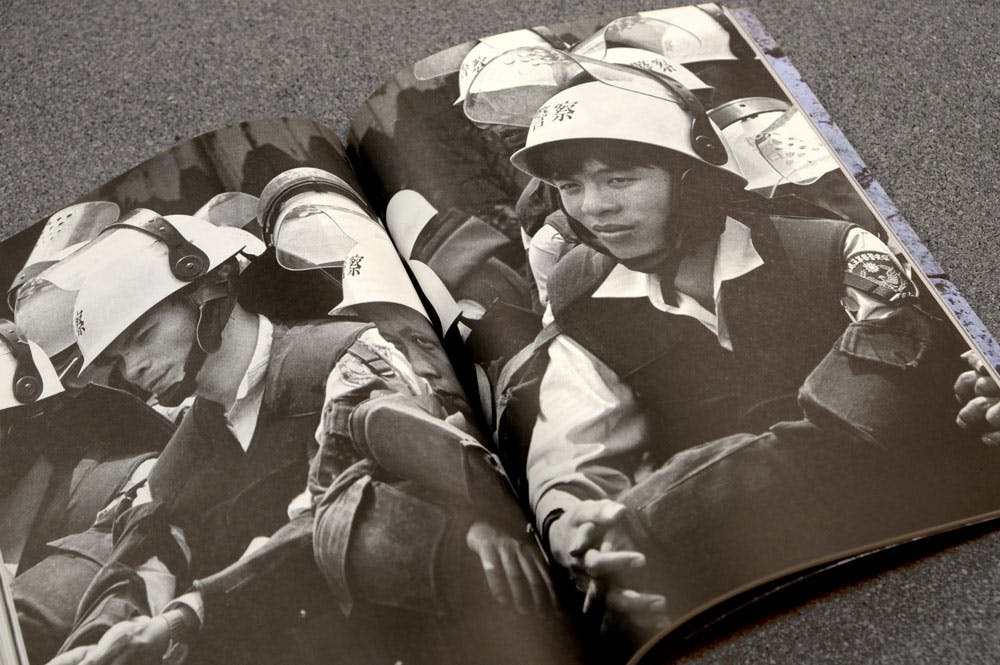 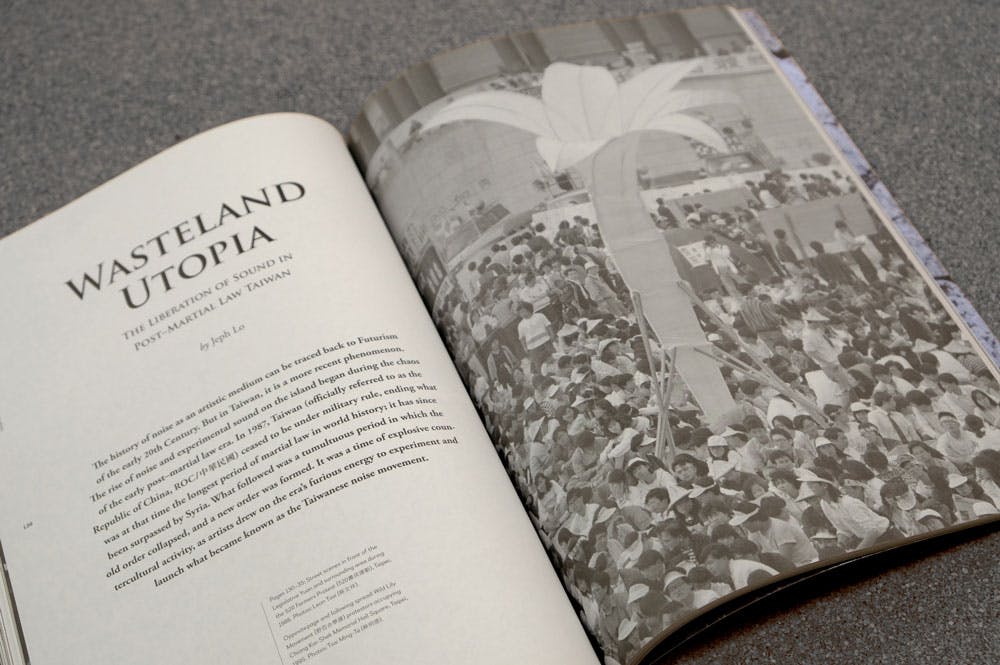 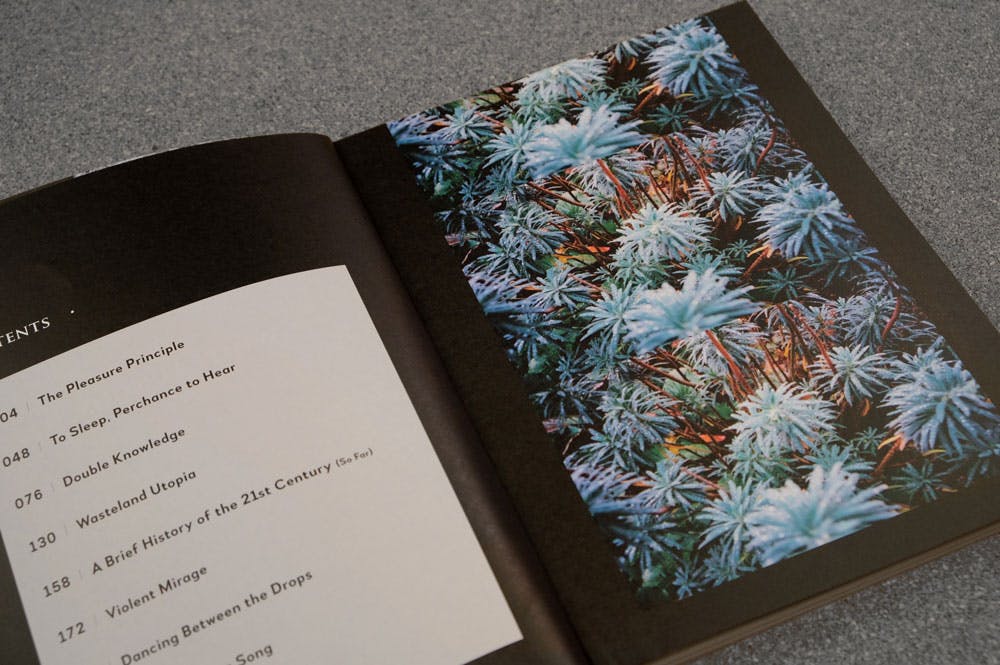 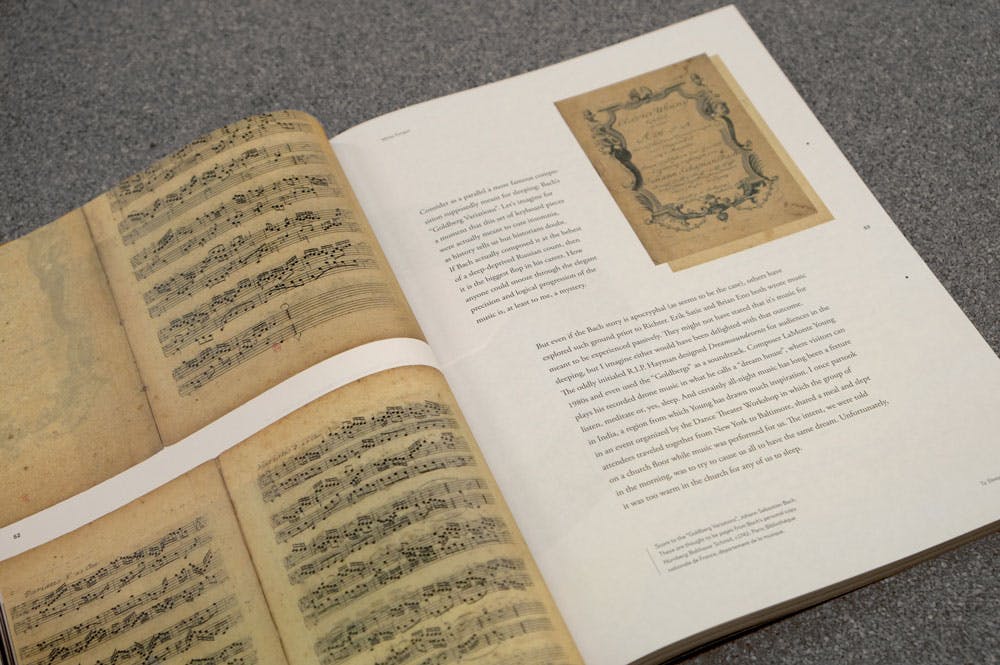 White Fungus began as a protest zine and quasi political manifesto. Are you protesting anything now?

Only the first issue of White Fungus can truly be described as a protest zine or direct call to political action. The publication was conceived, planned and executed in under a month. It was about seizing the moment. Now the process of making the magazine is slower and more meditative. It’s not caught up in a particular moment of time. Rather than a protest, it’s more an attempt at facilitating an evacuation of the mind from the clutter of the contemporary landscape.

There have been 16 issues, and every single one has had as its cover star a can of white fungus. Why?

We liked the idea of a magazine with no claims to any specific demographics. Let’s just throw it out there and see whose curiosity gets the better of them. At least that was the initial impulse. With White Fungus, we put the brand up front with no adornments. It’s an empty statement upon which you can project your greatest fears or desires.

As a magazine, you have a dual heritage, Taipei and New Zealand. Can you explain how that informs the purpose and content of White Fungus?

My brother Mark and I have spent most of our lives experiencing what we describe as a triple dose of provincialism, spending the majority of our hours either hovering on the periphery of the main centres of New Zealand and Taiwan, or gaining an extended taste of our rural roots in southern Minnesota. We’re well suited to the medium of print as we’ve long grown accustomed to receiving many of our cultural inputs from afar. The magazine, in a way, is our message-in-a-bottle response.

Inevitably we finish an issue and think, God, what have we done?

One of our favourite pieces from the issue, Wasteland Utopia, talks about the noise movement in post-martial law Taiwan. There’s this great quote: “There was no occasion in which the word ‘beautiful’ could have been used to describe these performances [thus complicating the notion of liberation]”. Is a commitment to the un-beautiful — and to questioning what sort of art has to emerge from liberation — something that informs White Fungus?

What happened in Taiwan in the 1990s was a fascinating phenomenon. In the sudden shift from authoritarianism to the embrace of global capitalism there was temporarily a power vacuum during the implementation of a new administrative order. This vacuum allowed a lot of avant-garde experimentation to take place. There was art but there was also violence, and sometimes the two were intertwined. It was a messy and volatile time as a lot of creative and destructive energies were being unleashed. We’re interested in exploring the subject in all its complexity. We’re not guided by beauty but we certainly don’t have an aversion to it either. We don’t dwell on the abject. But one person’s beauty can be another person’s noise. And liberation for one individual isn’t necessarily emancipatory for us all.

Pieces in the magazine don’t abide by conventional length restrictions. They can span 40 pages. Why?

We never set out to deliberately publish long pieces but for some reason they keep on happening. I think we just get carried away with the material. We’re guided by the principal of full immersion. Inevitably we finish an issue and think, God, what have we done?

Part of the sprawling nature of the content, is that a single interview answer can span pages. This was particularly pleasurable in your conversation with the artist Carolee Schneemann. What does that free format allow you to include?

In preparation for the Carolee Schneemann interiview we read dozens of recent articles on her work. But none were as interesting to us as Judith Olch Richard’s Oral History interview with Schneemann for the Smithsonian Archives of American Art. This was an in-depth transcript which got beyond the mythos. If an interviewee has stories to tell and the rare ability to speak in prose, then why not give them the floor? Until doing this interview, we hadn’t been aware at all of Schneemann’s adolescent travels in Mexico. These fascinating youthful tales accompanied by a scrapbook page of photos and clippings were some of many highlights.

As magazine-makers, what motivates you to keep publishing? 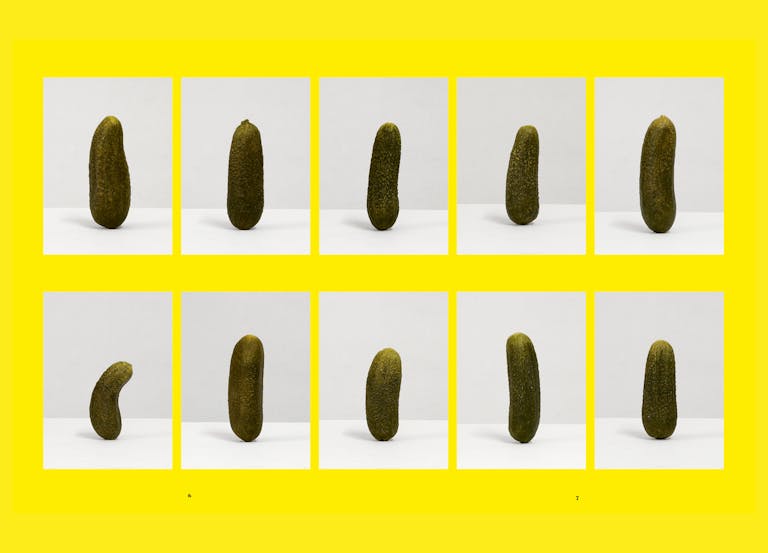 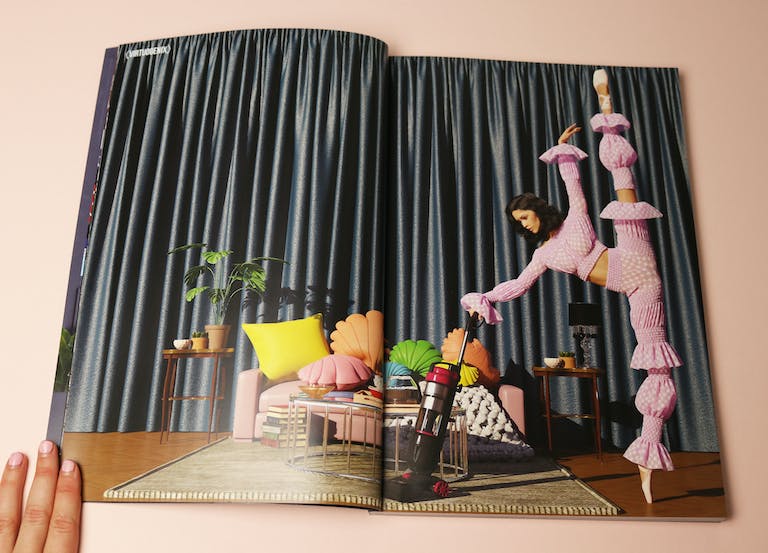 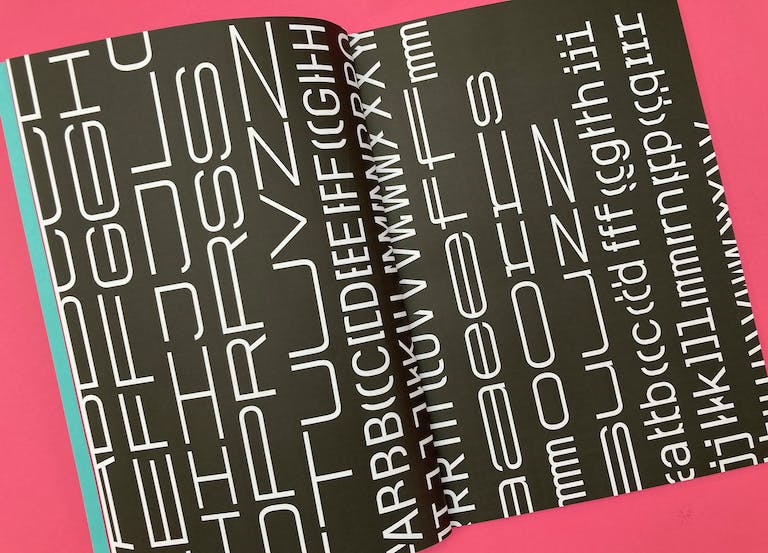 A magazine about stuttering

“The curious paradox is that when I accept myself just as I am, then I can change.”