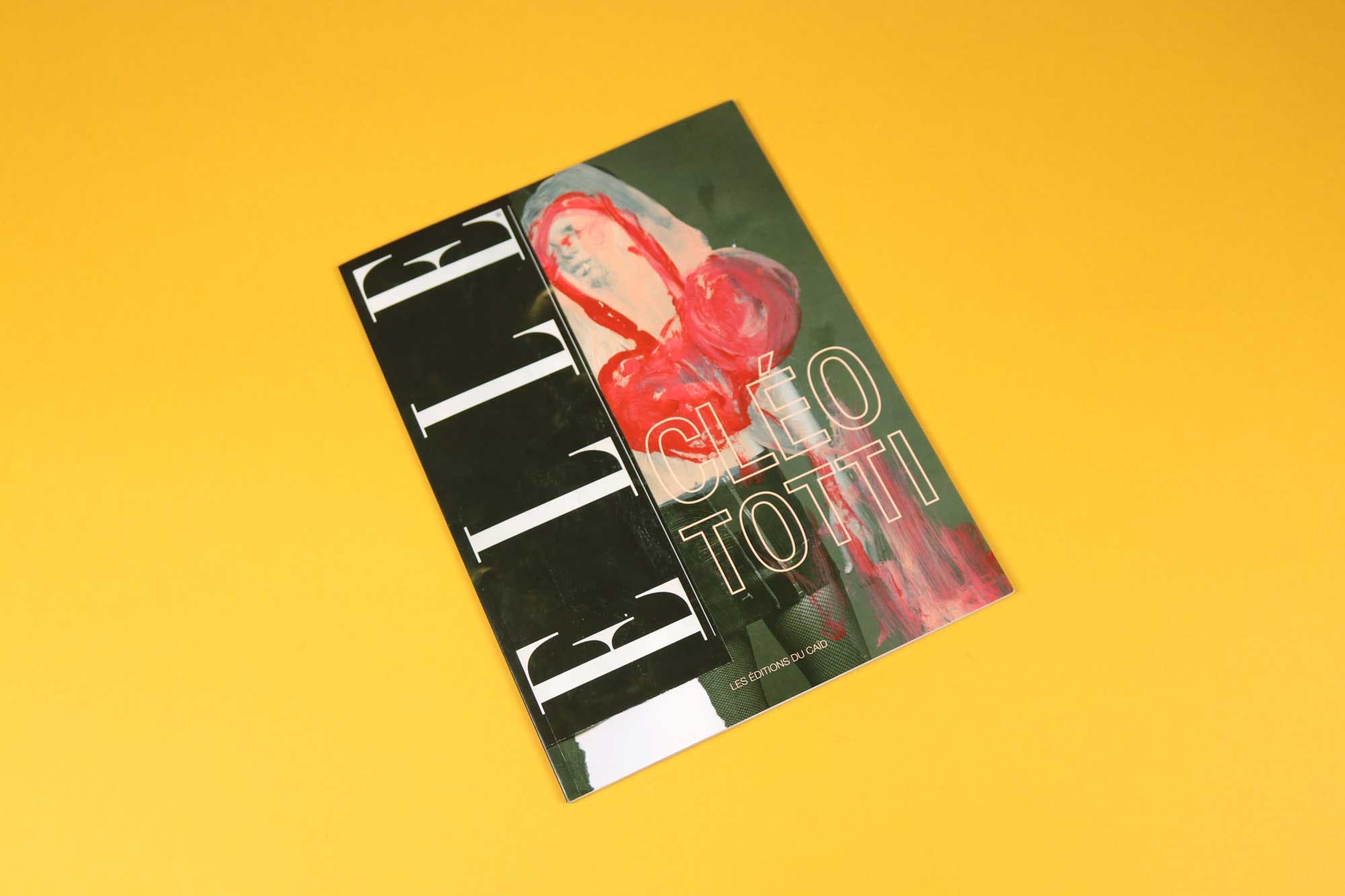 This magazine appears, on first sight, to be a defaced copy of Elle. A project by the Belgian artist Cleo Totti, models are painted over in wild swirls of pink and red. The very first spread shows a woman wearing a corset that looks like it’s made of a carcass. Some of the source material is actually lifted from Hearst’s Elle — but there are pages from other magazines too. What’s immediately unsettling is that hardly any of the models have visible faces, mostly they’re obscured by pale, round splotches of paint, like hoods, or goldfish bowls. 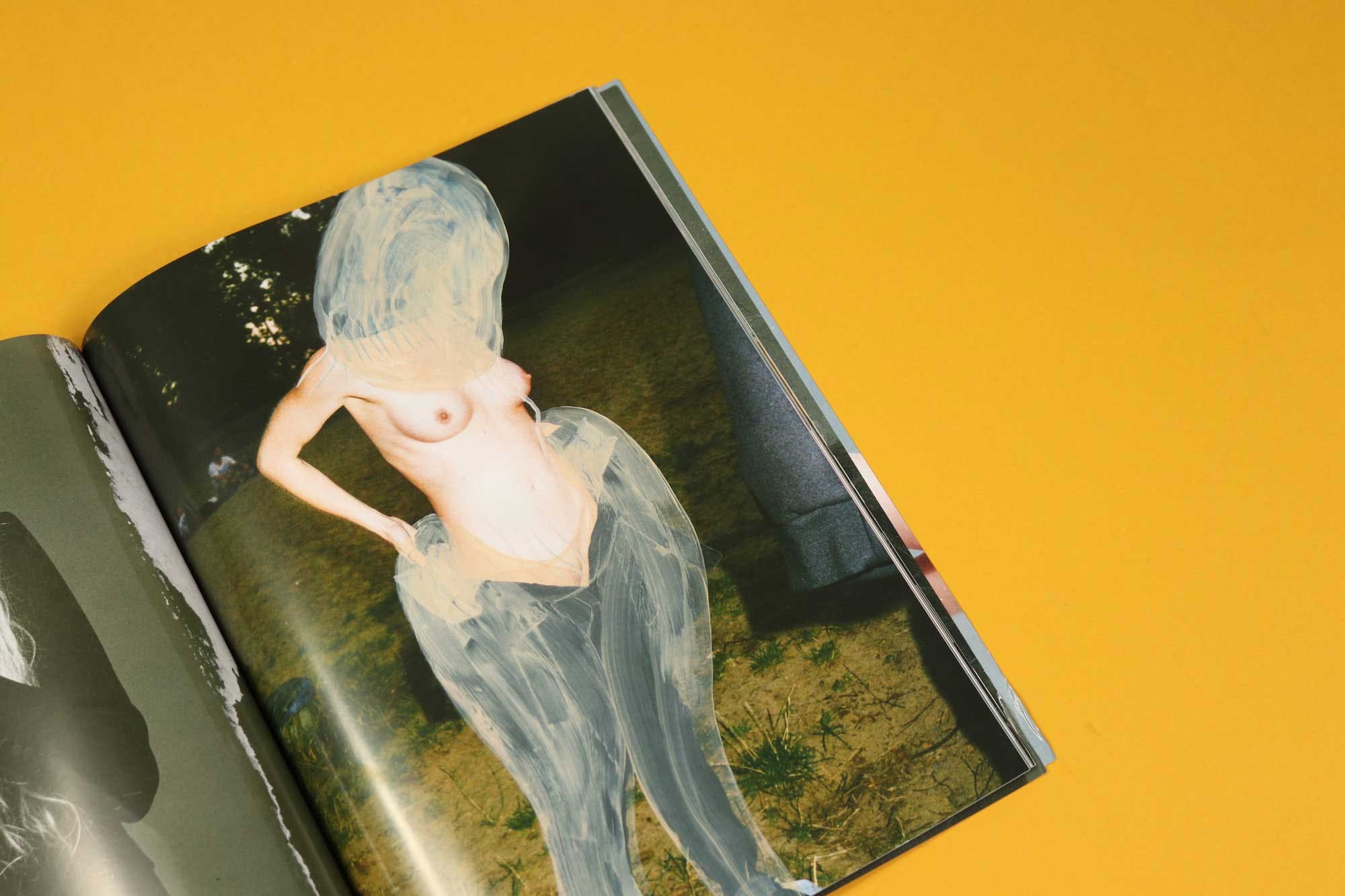 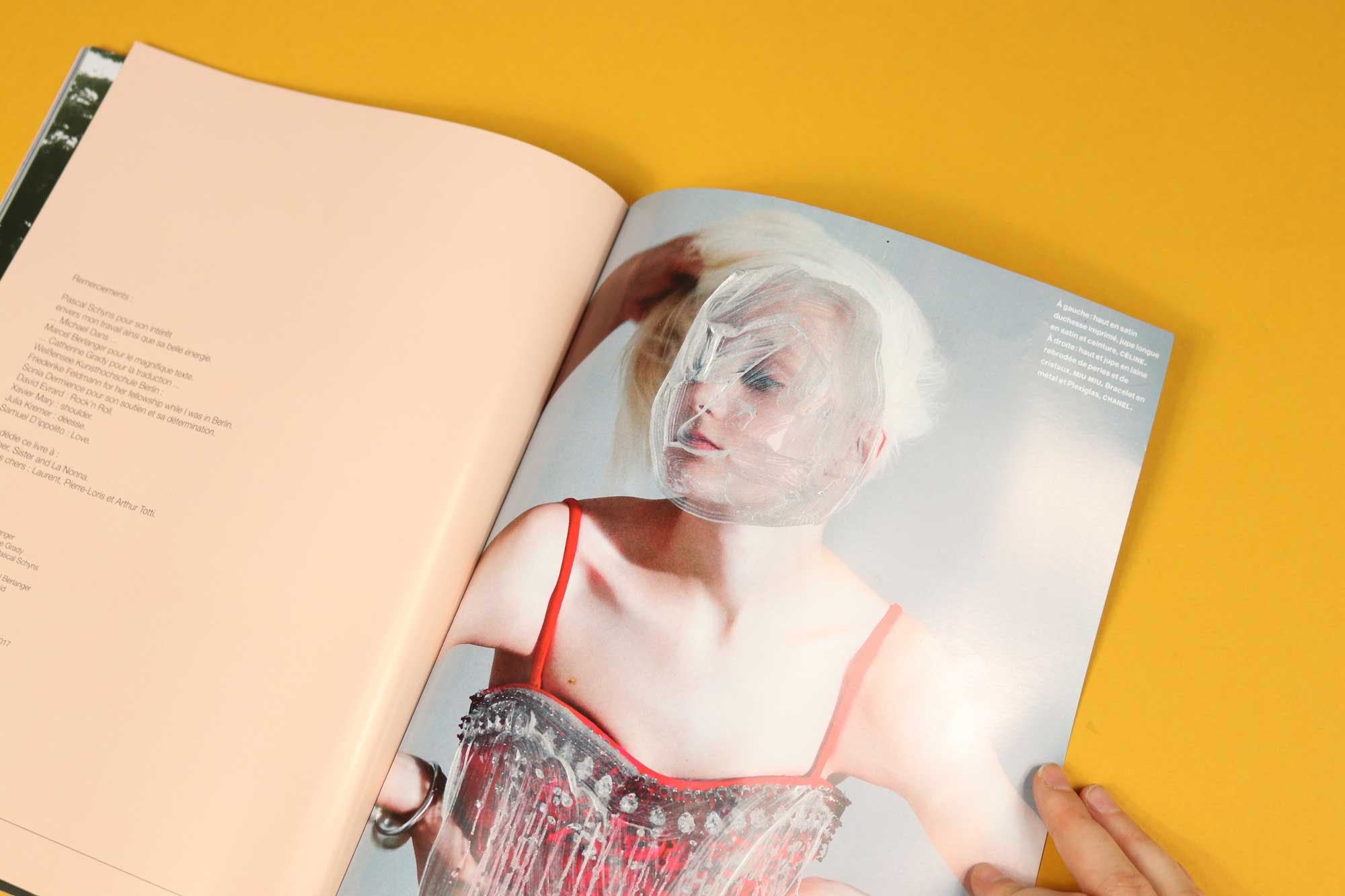 Called ‘Genetic Transformations’, all of the women here look like they’re morphing into something else. Sometimes they appear to be putting on more flesh, becoming more substantial as they take on thicker legs and hips. On one page, a picture of a woman sitting in a forest is painted over with a dinosaur. The inspiration was a book by Anna Colin, ‘Sorcières, pourchassées, assumées, puissantes, queer’, a feminist critique of Jurassic Park. What’s satisfying about flicking through is that in Totti’s hands the women pictured seem to become more threatening, and more alive. 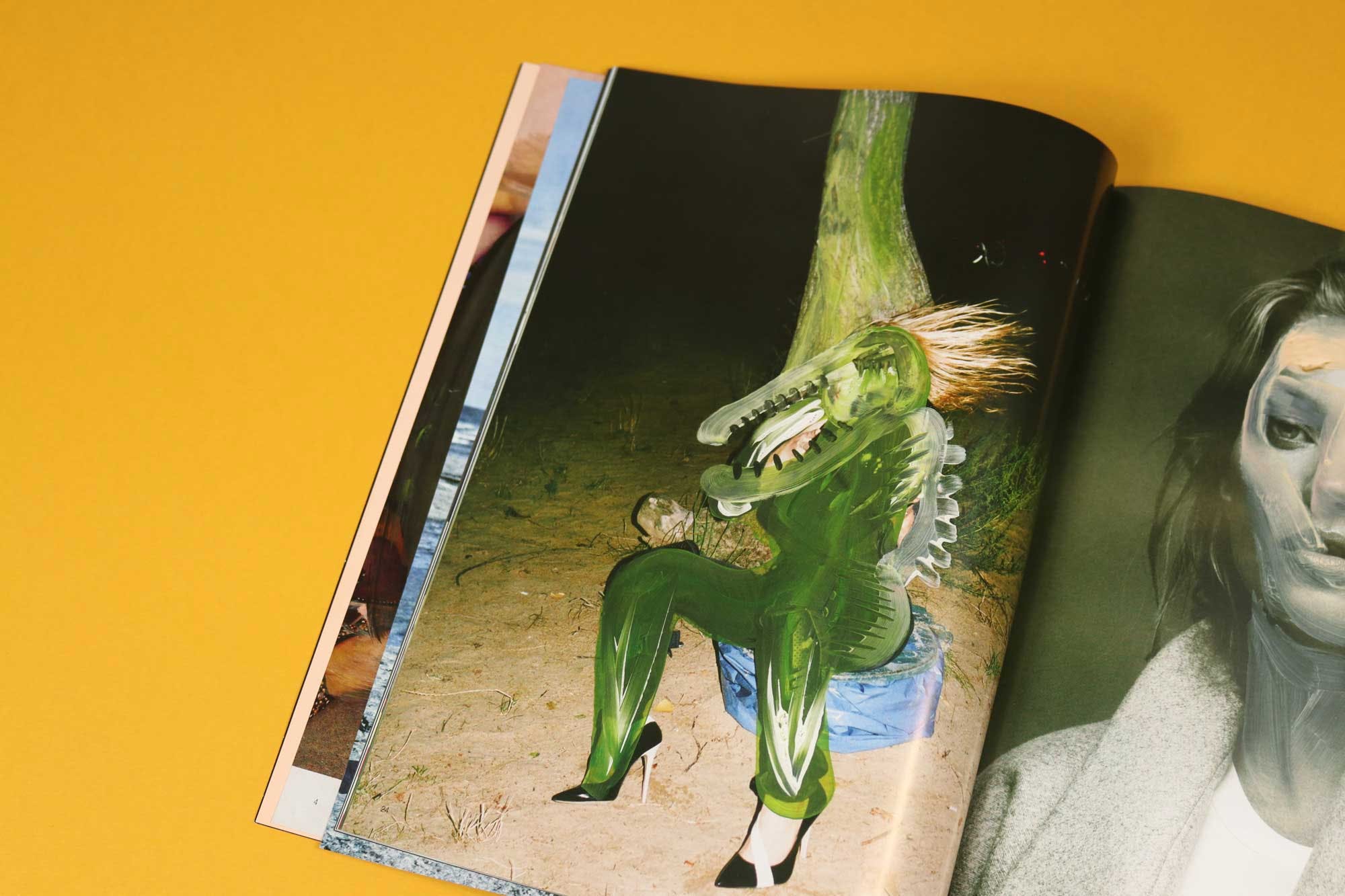 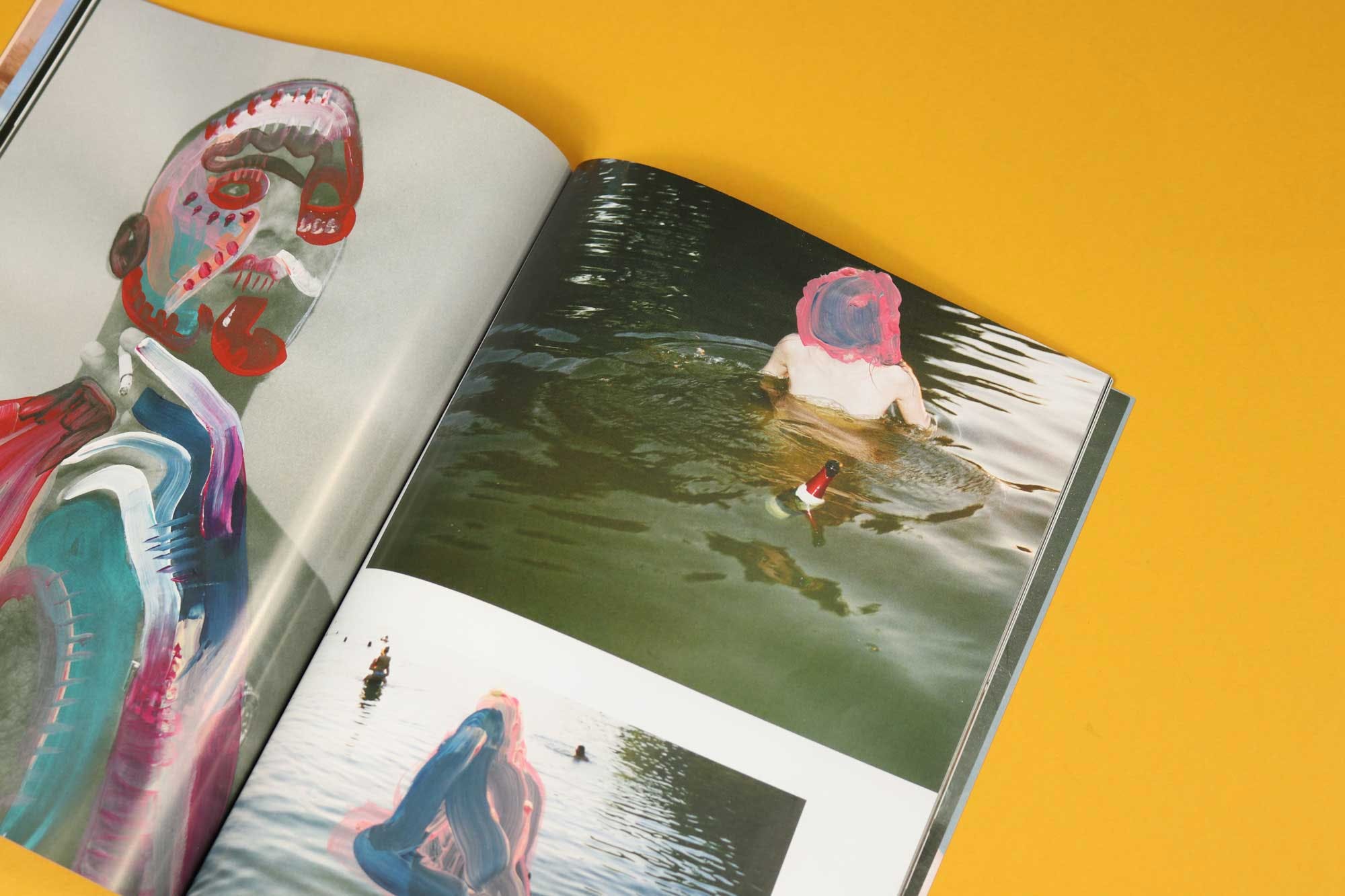