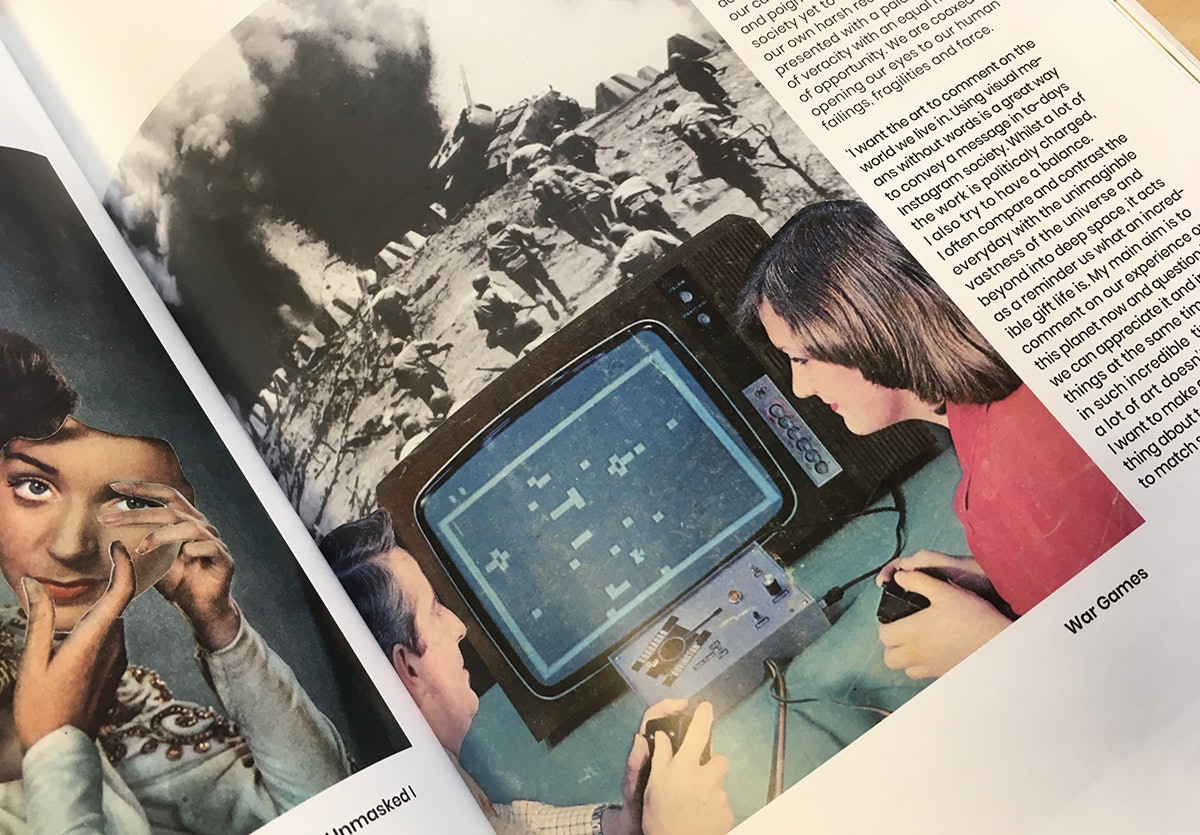 The most rousing aerial photography today can be produce from the humble airplane seat, just like how the most biting social commentary can originate from the everyday Photoshop collage. With a keen eye for bona fide mavericks, contemporary artists whose unassuming works speak volume about the world today, Basis is a new magazine exploring art through conversation.

The magazine’s spacious pages make for a leisurely reading experience, as a mix of short quotes and longer interviews introduce the reader to a collective of painters, illustrators, photographers and more, who take pride in expressing and exploring their own identity. Founder Alexander Kahl shares his definitive guide to the pilot issue below. 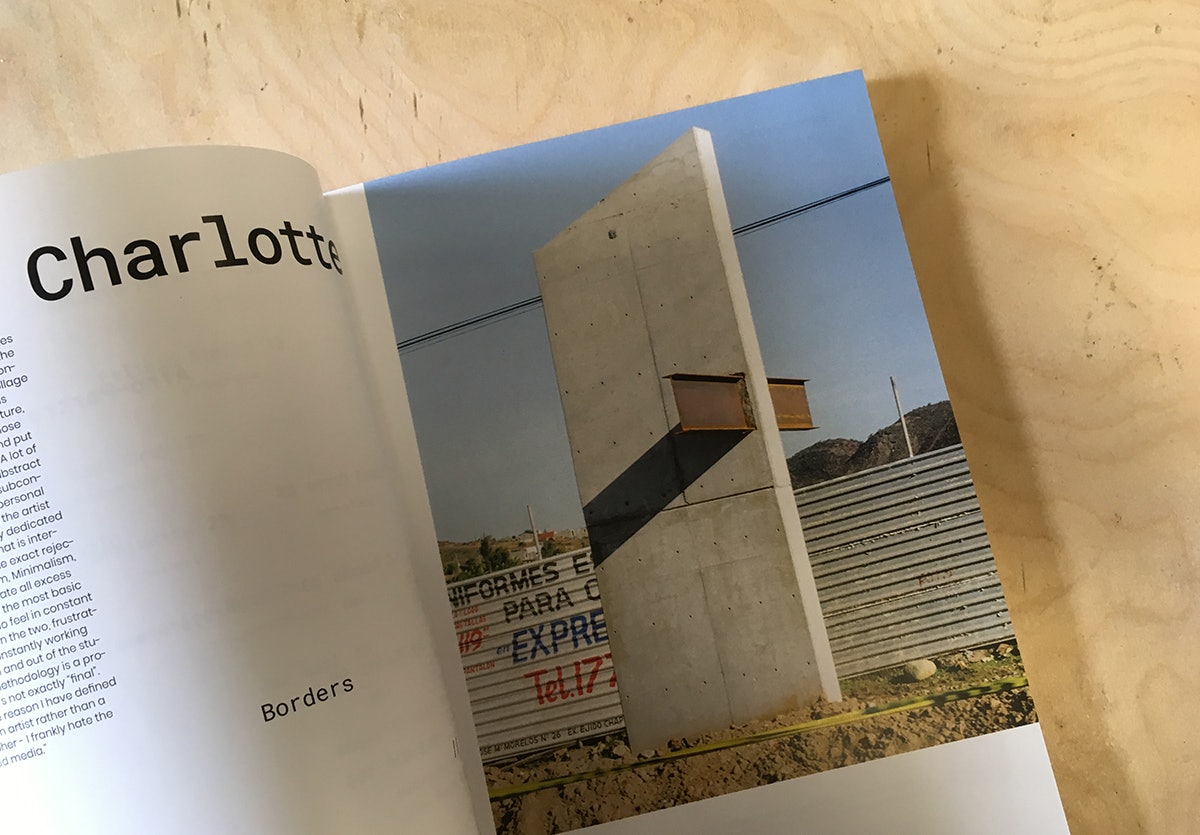 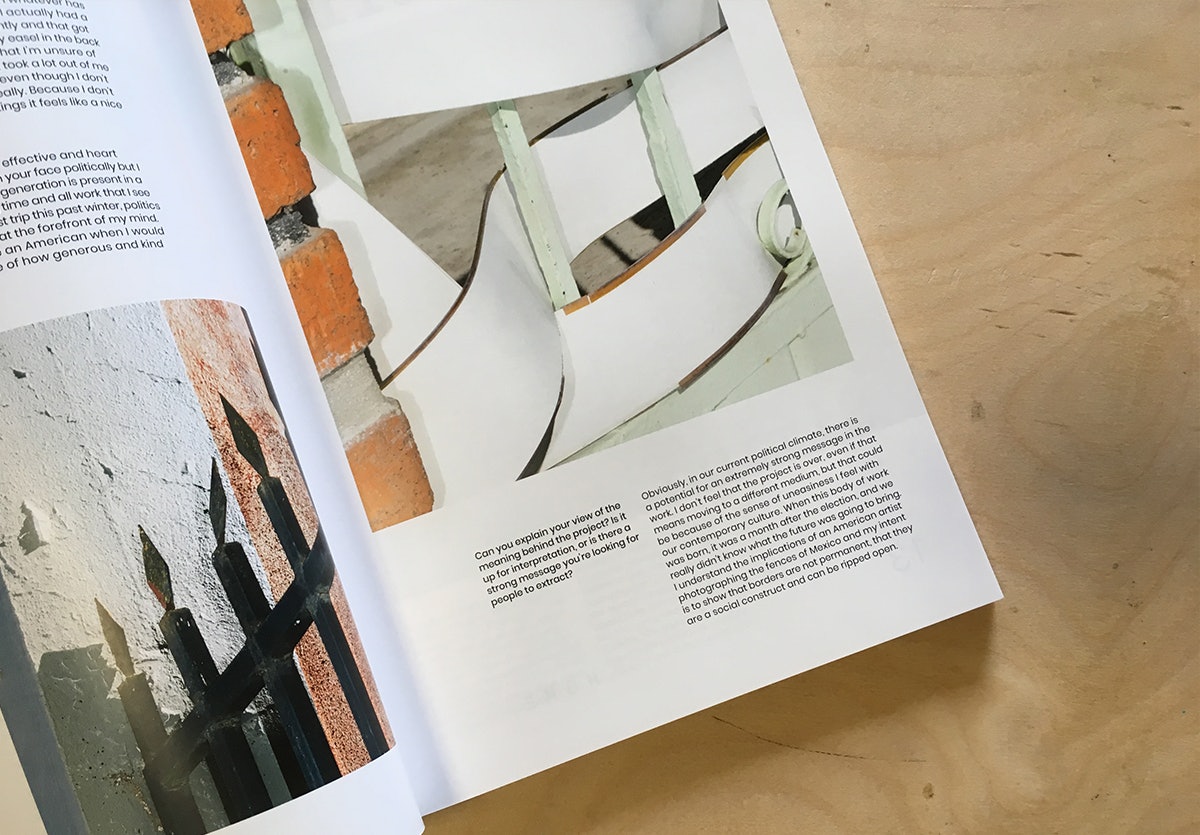 Charlotte acknowledges this reading in our interview, but for her it is more of an exploration of internal barriers, and of “the implied safety that entails”, of the feeling of “you versus the other”.

Looking inwards towards personal and mental battles is a theme running through a lot of Charlotte’s work. It’s well worth checking out her 2015 project How To Abandon A Burning House Without Panicking, in which she took images from National Geographic magazines from the ’60s and painted them with a solvent that removes ink. The resulting pieces are eerie and make up a thought-provoking series exploring nostalgia and the control, or lack of, that we can have over our own memories. 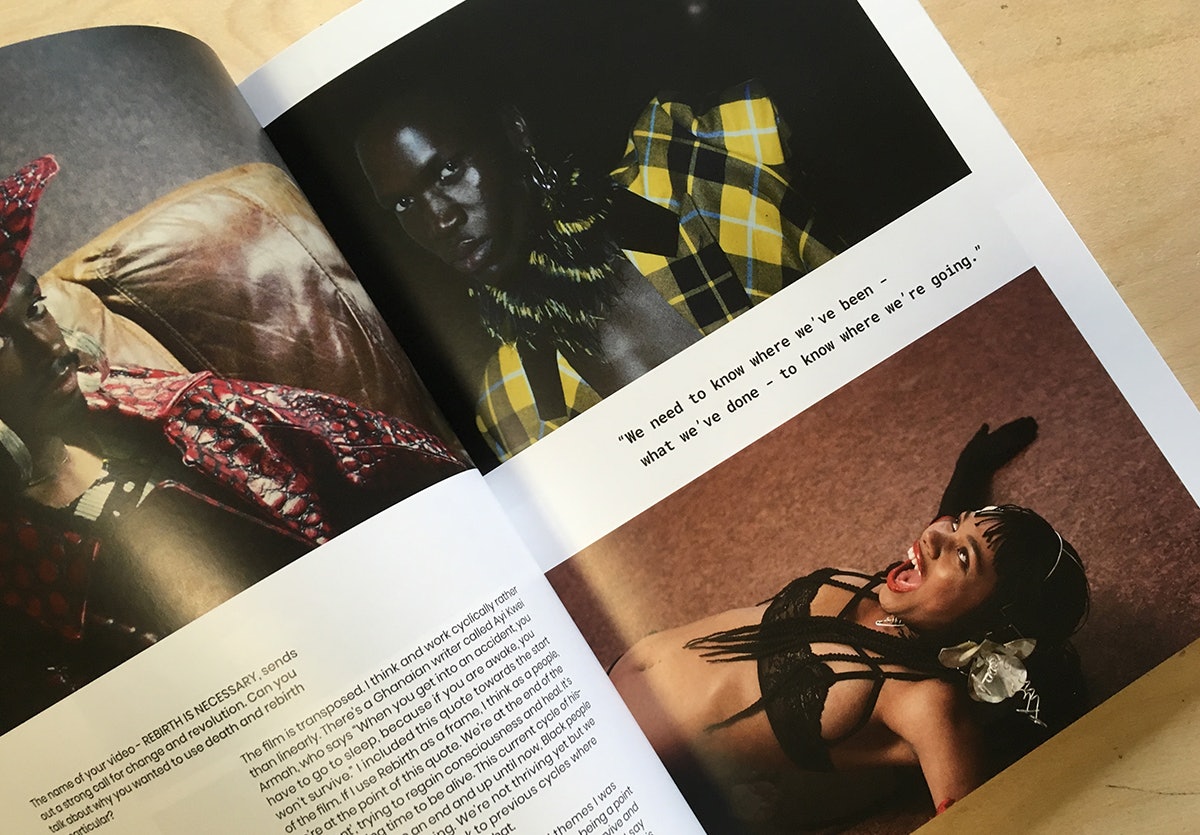 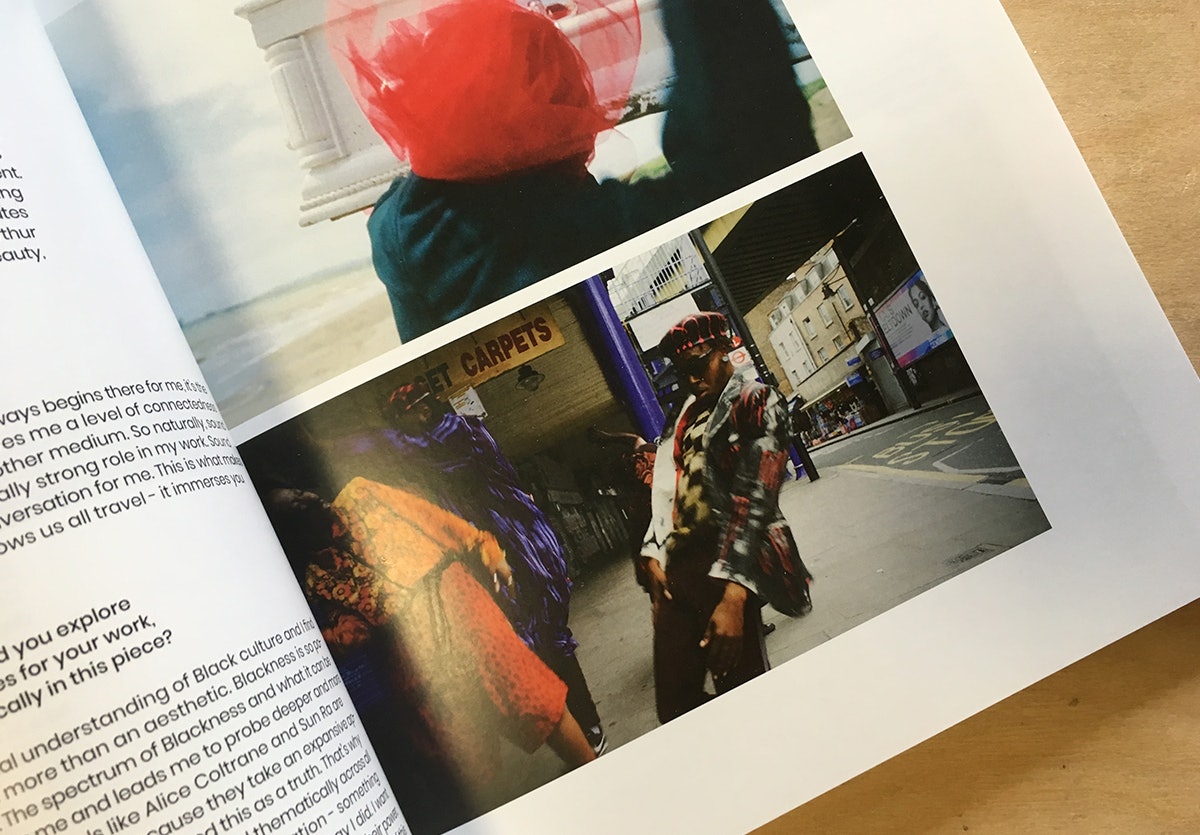 Black magic, in a short film by Jenn Nkiru
In this issue, we spoke to Jenn about her short film Rebirth is Necessary (below), which explores the black experience and the meaning of black magic, and has since won Best Documentary Short at the London Independent Film Festival. What’s brilliant about Jenn’s work is the way she approaches the concept of time. There’s such a wide array of footage, which ranges from traditional archival material to depicting the present day and the future vision. Jenn told us that past and future are one and the same to her, so putting them close together was instinctive. 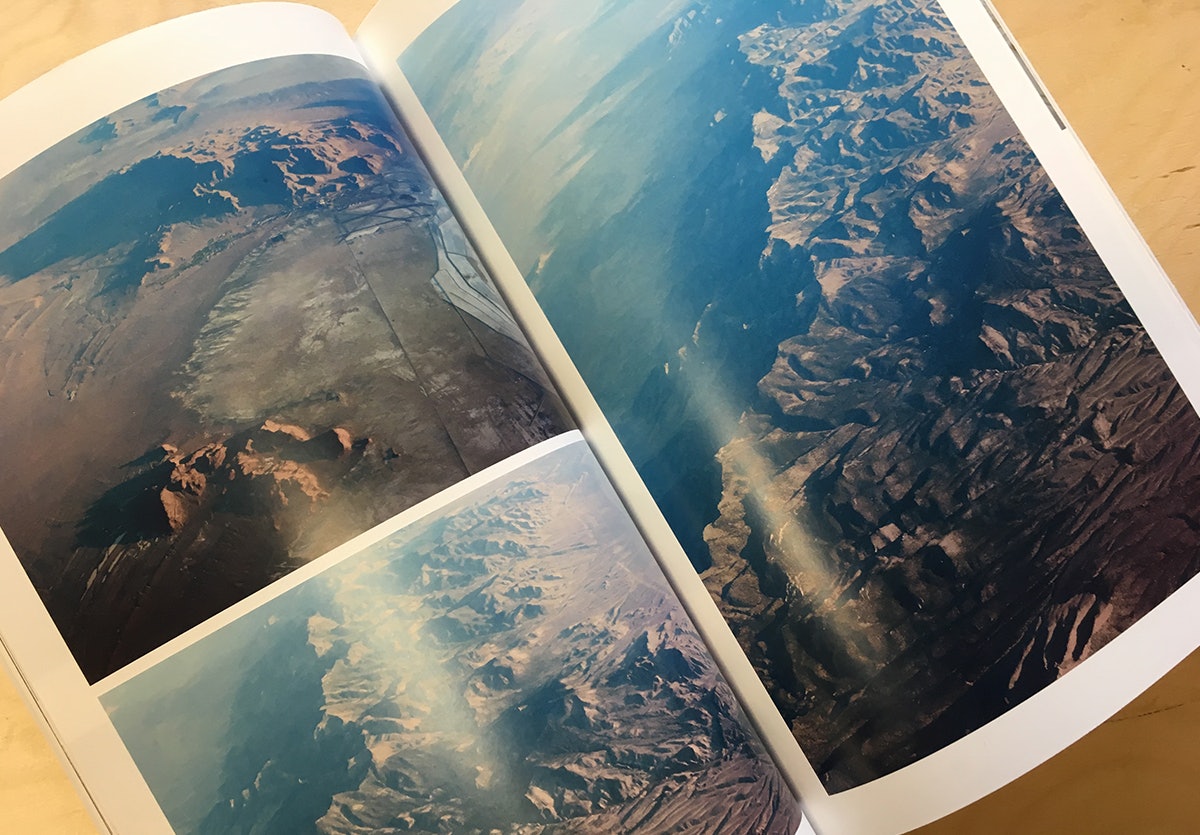 Flying above Utah with Andre Elliott
Andre’s feature is an exhibition of a small photo series rather than an interview, but I thought it deserved a mention purely because of how eye-catching it is on the pages (below). It’s a simple dynamic — Andre took photos from a plane window above Utah, just as plenty of holiday-makers do, but the result is stunning. The shots seem otherworldly, and this is emphasised by his title for the series, ‘Anemoi’, denoting the Greek gods of wind. 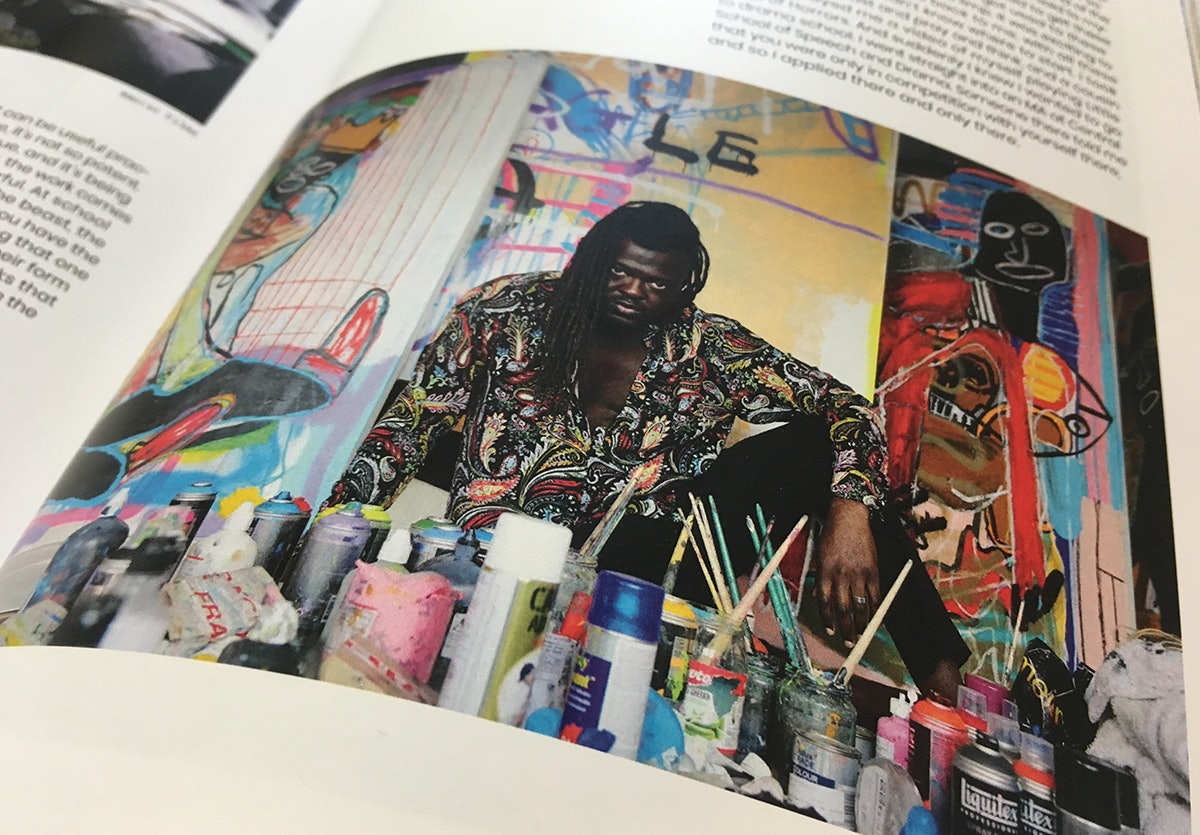 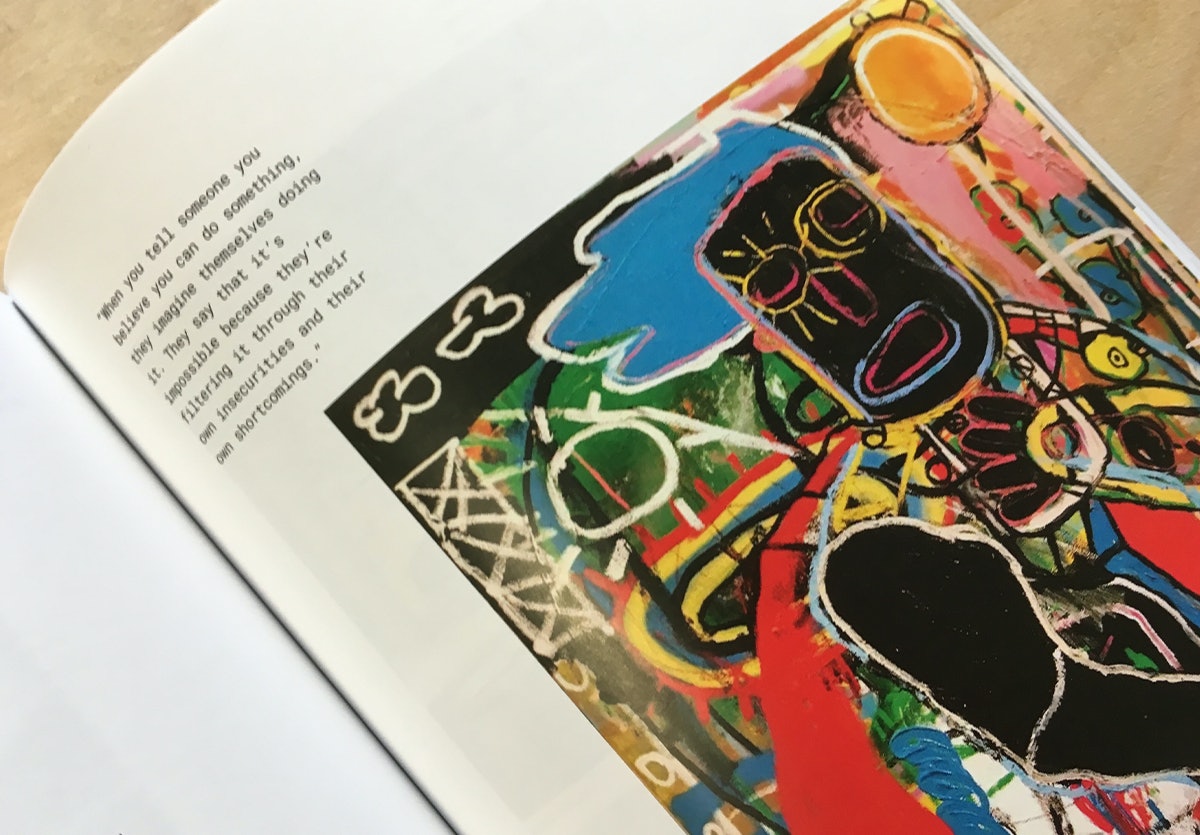 Painter Adebayo Bolaji’s stream of consciousness
Funnily enough, I had to have my wisdom tooth unexpectedly torn out on the day of my interview with Adebayo, and I couldn’t really speak during it. This actually worked out well though, as he had the chance to just tell his story uninterrupted. It’s actually the conversation we edited the least in the whole issue — it’s just his stream of consciousness. It’s a very personal story about this man’s incredible journey to find peace through art (below). 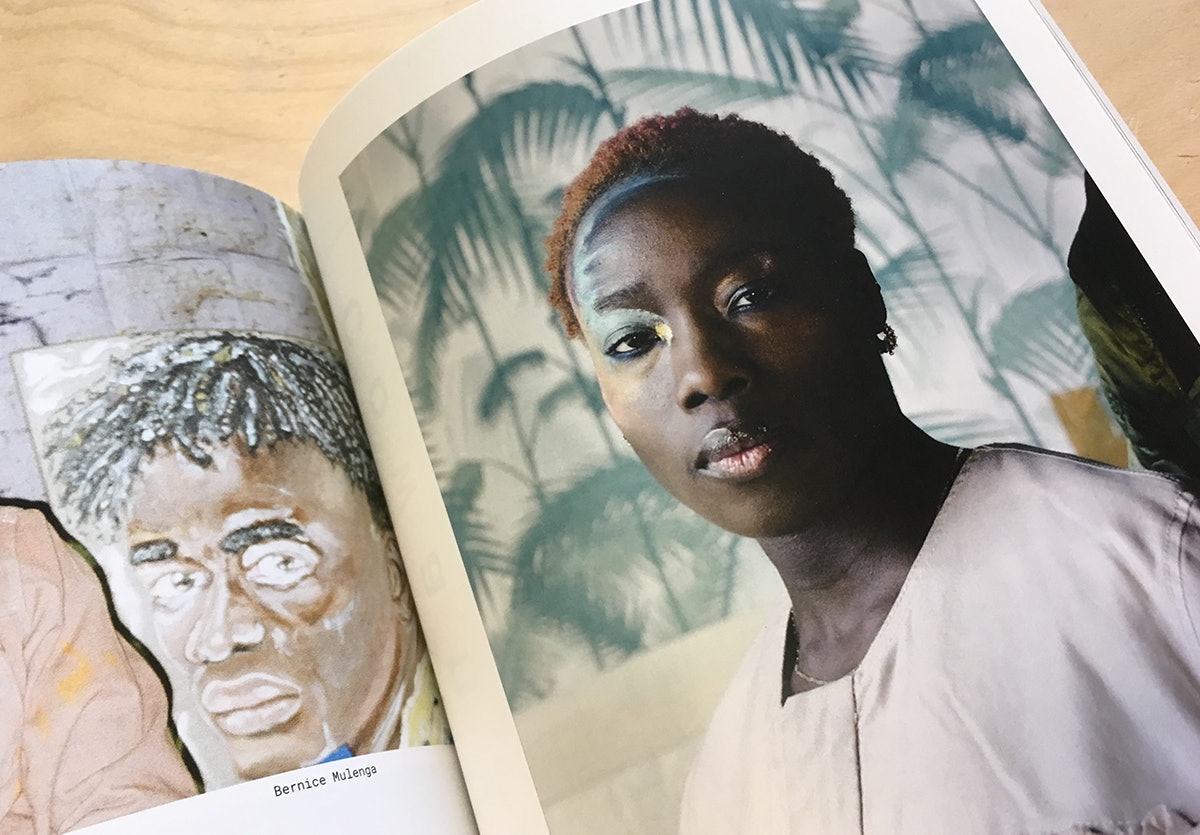 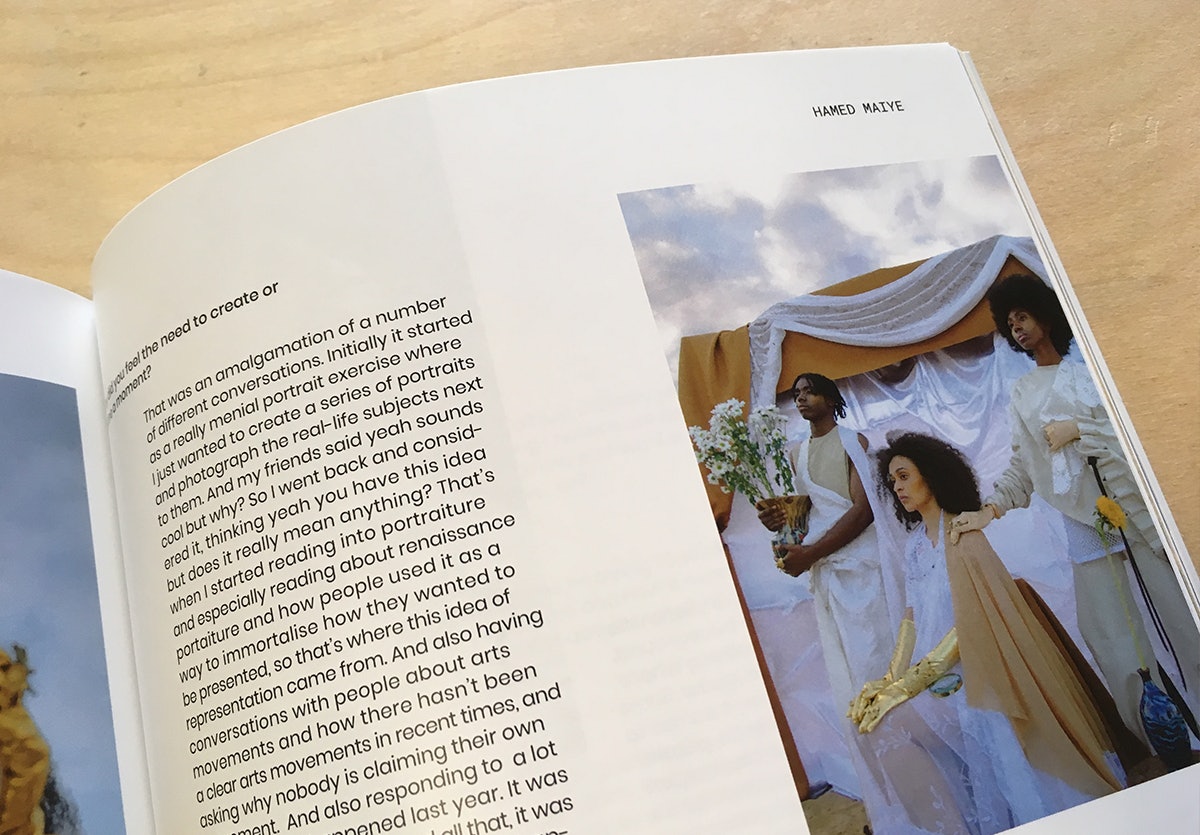 Exploring Afro-Portraitism
This is definitely the highlight of the issue. We first spoke to Hamed Maiye, the founder of the Afro-Portraitism movement, exploring ideas of representation and identity, then went further by speaking to several artists working within it. Hamed told us that one of his and the movement’s main foci currently is ‘Paving the way for new narratives’, and fittingly each of the interviews in the feature explores a unique and powerful narrative.

The feature (below) shows the movement to be cohesive and strong in numbers, while also highlighting each of the individual perspectives and vibrant personalities involved. 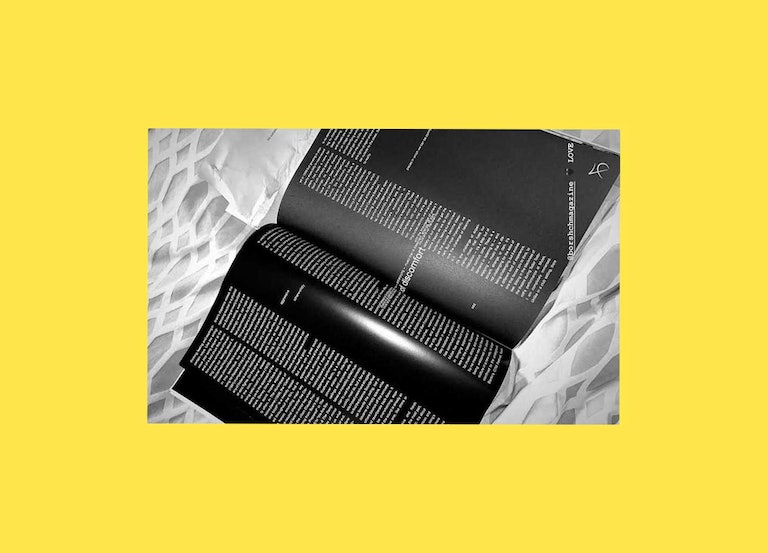 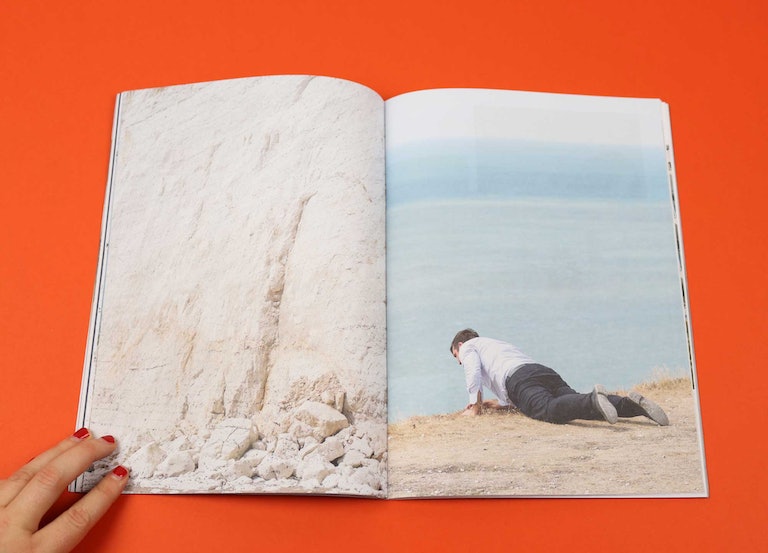 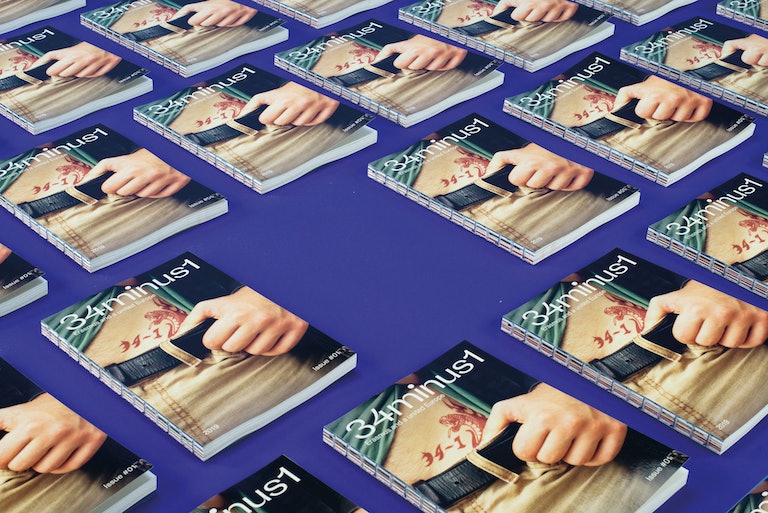