Dubai shop shows how contract publishing should be done

I love it when a great new magazine lands on my desk and I’ve got absolutely no idea what it is or where it came from.

That happened this week with Jashanmal Quarterly, a magazine that, it transpires, is made out of Dubai by We Are Here editor, designer and publisher Conor Purcell. Printed on a lovely silky improved newsprint, this first issue is themed around comics and takes a genuinely global view that’s rare to find in any magazine, let alone an independent title paid for by a bookshop.

I gave Conor a call to find out more…

I really love the way Jashanmal Quarterly looks and feels – the paper holds the colours so well.
When I was asked to do it I was thinking about format, and I really liked the size and stock of the last Gym Class magazine, so I asked Steven [Gregor, the man behind Gym Class] for the specs and he sent them across. I just gave them to the printer and I knew exactly what the end product would look like.

We used a fifth colour for the masthead, and we wanted to play with the newspaper format a bit too. Newspapers almost always have their masthead up in the top left corner, so we decided to put it in the fold so that when you fold it in half you get it split on either side.

How much input did you have into the design then? It’s the design that really makes this magazine – every page has some nice little detail or treatment on it.
I used to work with Olga Petroff out here in Dubai, and I knew she was a brilliant designer so I asked her to get involved. I gave her the broad outlines of what I wanted – like I wanted the colours to be bright, I wanted it to be very different to what you see out here in Dubai, and she came back with stuff that was 90% ready. I was like, ‘Jesus, this is brilliant!’ It really was a case of just saying yes to what she’d done.

Tell me about your publishing company Wndr Media. It looks like you’re going from strength to strength.
I actually just closed that down! Over here it’s very expensive – it’s like a grand a month sterling just to keep a company going in terms of licensing, and when I realised I could get stuff printed in the UK it meant I didn’t need a license, so I don’t need to run a company. I might just get a freelance visa.

So Wndr is no more, but you’re still working hard – what else have you got on?
I’m making an Instagram zine, themed around the seven deadly sins. I’m taking photos that represent each of the sins in Dubai, and I’ll publish the zine and distribute it on the metro and places like that. It’ll probably be illegal, but I’ll see if I can get a bit of a buzz going.

Don’t get arrested!
I’ll try not to.

How did Jashanmal Quarterly come about?
Jashanmal is the name of the family that owns the oldest department store in the Gulf – the first branch opened in Basra in the early 1900s. I know Narain Jashanmal, he’s in his early 30s, and he’s in charge of the books and publishing division. He wanted to do something cool, a quarterly that promoted books and magazines, but he wanted something different so he gave me carte blanche to just go nuts with it.

So did this come off the back of We Are Here?
I think people see me doing We Are Here and they know if I do something for them it’ll get to press – it’ll get finished. Narain was part of Wndr Media when we started – they control all the distribution of magazines in the Gulf, so it’s been very helpful having him onside.

How can people get hold of it then?
It’s sent to their customers, and it’s available in the Jashanmal stores all around the Gulf, and in some coffee shops as well. We’re lucky because we got a really good reaction and we still have quite a few available, so I’ll put it on Magpile and if people want to get a copy they could buy it from there – we’ll probably just put a price on to cover the cost of postage.

Do you know what’s next for the magazine?
The next theme is actually magazines, which is good! I want to start from the very beginning – where does the creative idea come from, then going through the production and printing and ending up talking to store owners and retailers both mainstream and independent, about their experiences.

So it’ll be instructional but it’ll also feature magazines from around the world – certainly from the Middle East, but also Asia, because I think they get overlooked a bit and there are some amazing magazines coming from South Korea at the moment, for example. That will go to press mid-December, so it should be out some time just after Christmas.

It’s interesting you talk about the international perspective, because it’s here in this issue too and it seems sort of effortless. You’ve got Americans, which is kind of inevitable with comics, but also Middle Eastern, Taiwanese and European voices. And it doesn’t feel like you’re forcing it, more that you’re just sitting at this nexus of cultures.
That’s true. Take Mai El Shoush [creator of the Rayann Lawsonia comic book character] – that’s a great story. She was a journalist in Abu Dhabi who went to Comicon, got interested in comics, and had a go at writing her own comic book. Now they’re making an animated movie out of it, they’re building a theme park around it, and that’s all in the space of a year and a half. She’s from the Sudan but she was working in Abu Dhabi and now she’s moved to the States, so there’s this weird culture of so many different nationalities.

The people running independent magazines over here seem to come from Jordan and Lebanon, rather than from the UK. Or maybe they’re third culture, so they might have a Lebanese mother and a British father, but I’d say I’m the only British / Irish guy running an independent magazine out here.

Does it feel like there’s a healthy independent publishing scene out there at the moment?
Definitely – I’m doing a conference this weekend with six or seven other people about independent publishing, and there’s a place called The Magazine Shop, which has just opened its second branch, and only sells independent magazines. None of that would have happened just a few years ago. There are six or seven independent magazines in Dubai at the moment, which for a city of this size is pretty incredible. The problem is that if you sell 500 copies of your magazine in Dubai you’ve done really well, so everybody has to look outside to global distribution.

Speaking of which, is there another We Are Here on its way?
Yeah that went to press last week as well. That one is Kathmandu and it’ll be out in the next week or so, then the next one after that is Nana Plaza in Bangkok, which is the red light district.

Are you pleased with how the Kathmandu issue came out?
Yeah – it’s better than issue two, and that’s always the goal; to make each issue better than the last. It’s the first one I’ve done outside Dubai, so that made it a bit more difficult in terms of logistics, but 70% of it is written by Nepalese writers, and I think it came out really well. The city really lends itself to photography – it’s such a crazy place. And I’ve got distribution through Antennae Books, so it should hopefully get into stores in the UK and around the rest of the world. 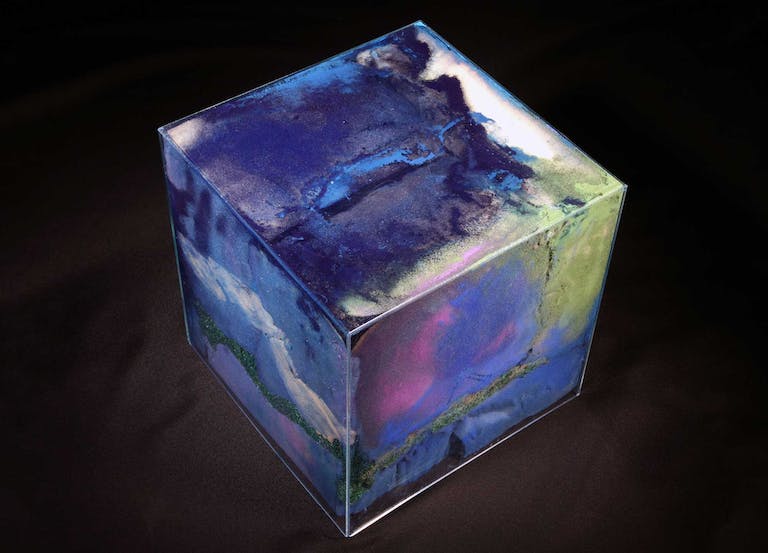 Two of our favourite magazines try to save the world 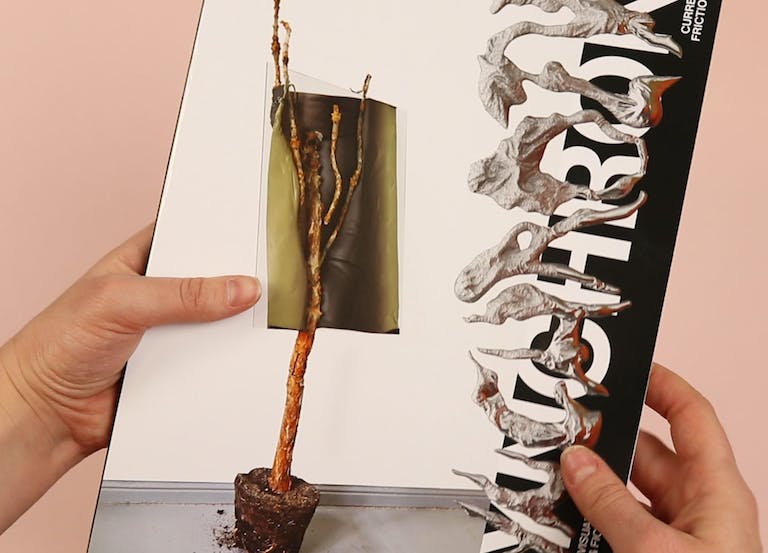 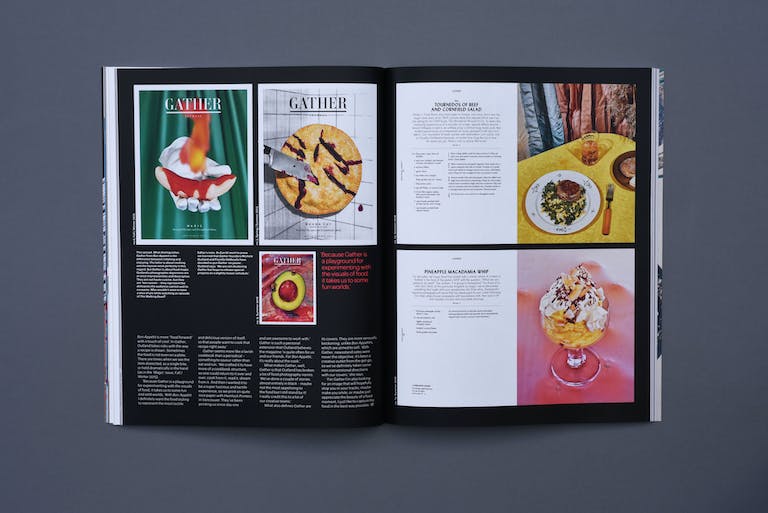 Eye magazine serves up a feast of editorial design