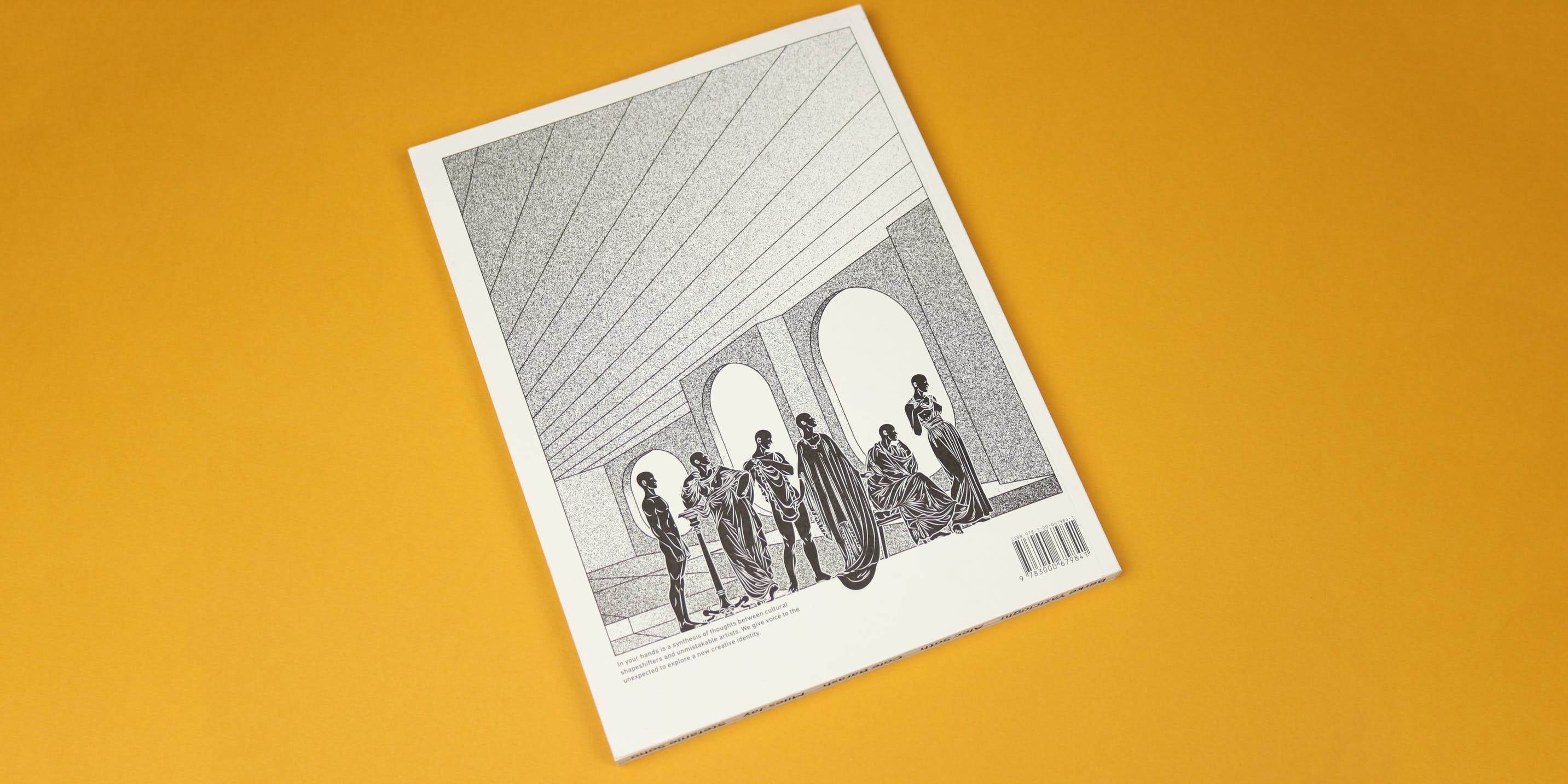 The first issue of Hometown was printed on seven different types of paper. Similarly, issue two exemplifies all the wonderful things you can do with the printed page. The magazine is devoted to interviews with artists, the first being illustrator Berke Yazioglu, who produced Hometown’s cover art. The cover itself is a departure from issue one — which was deep pink — but what attracts me to it is the way it feels. Three small, white windows are embossed on the page, visually and physically interrupting the black paper. Turn the magazine over and you can trace the faintly Grecian figures on the back. The fore-edge is painted with the names of the contributors inside. Looking at the cover online it felt bland to me. Only once I held it in my hands did it come alive. 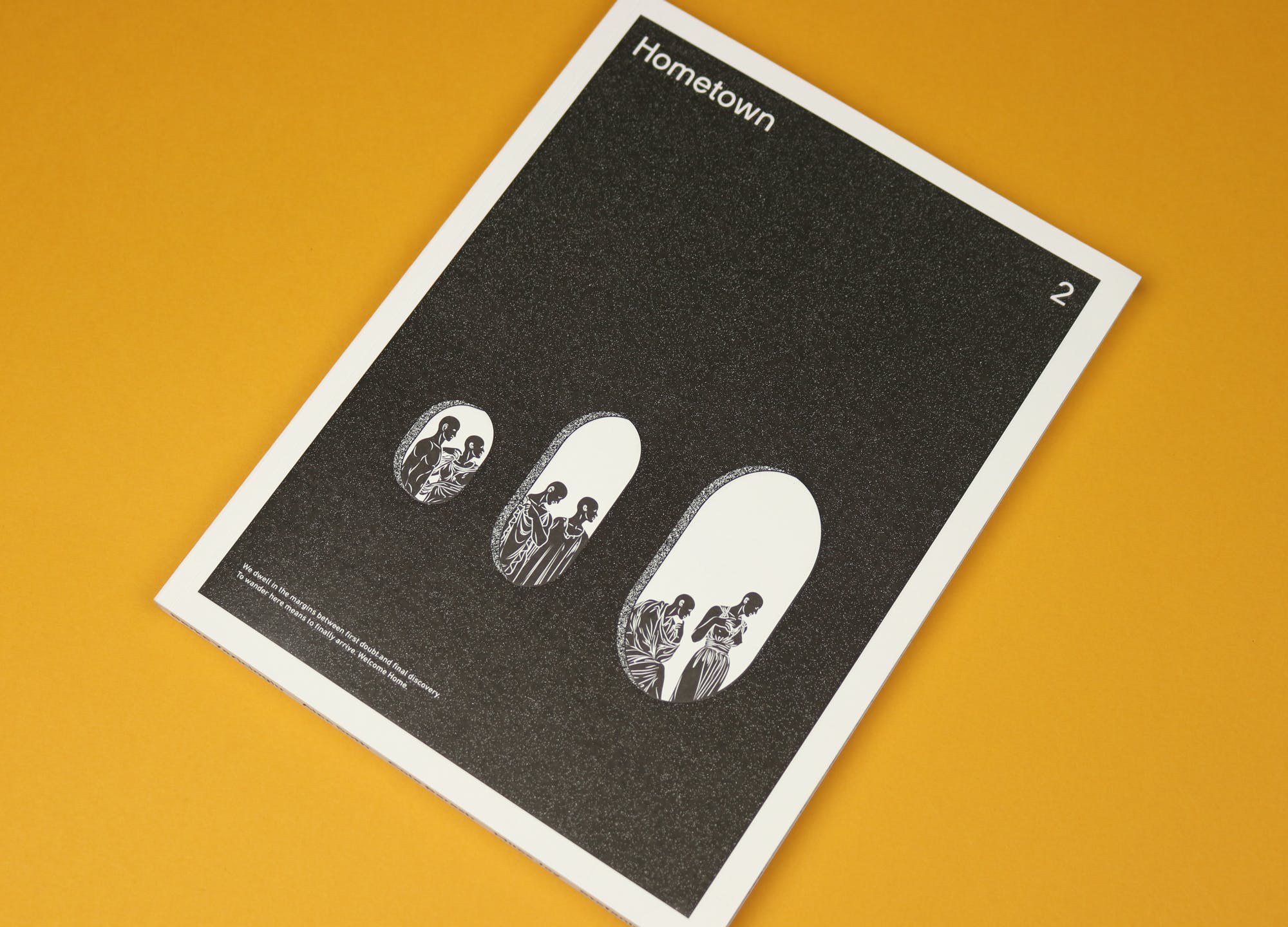 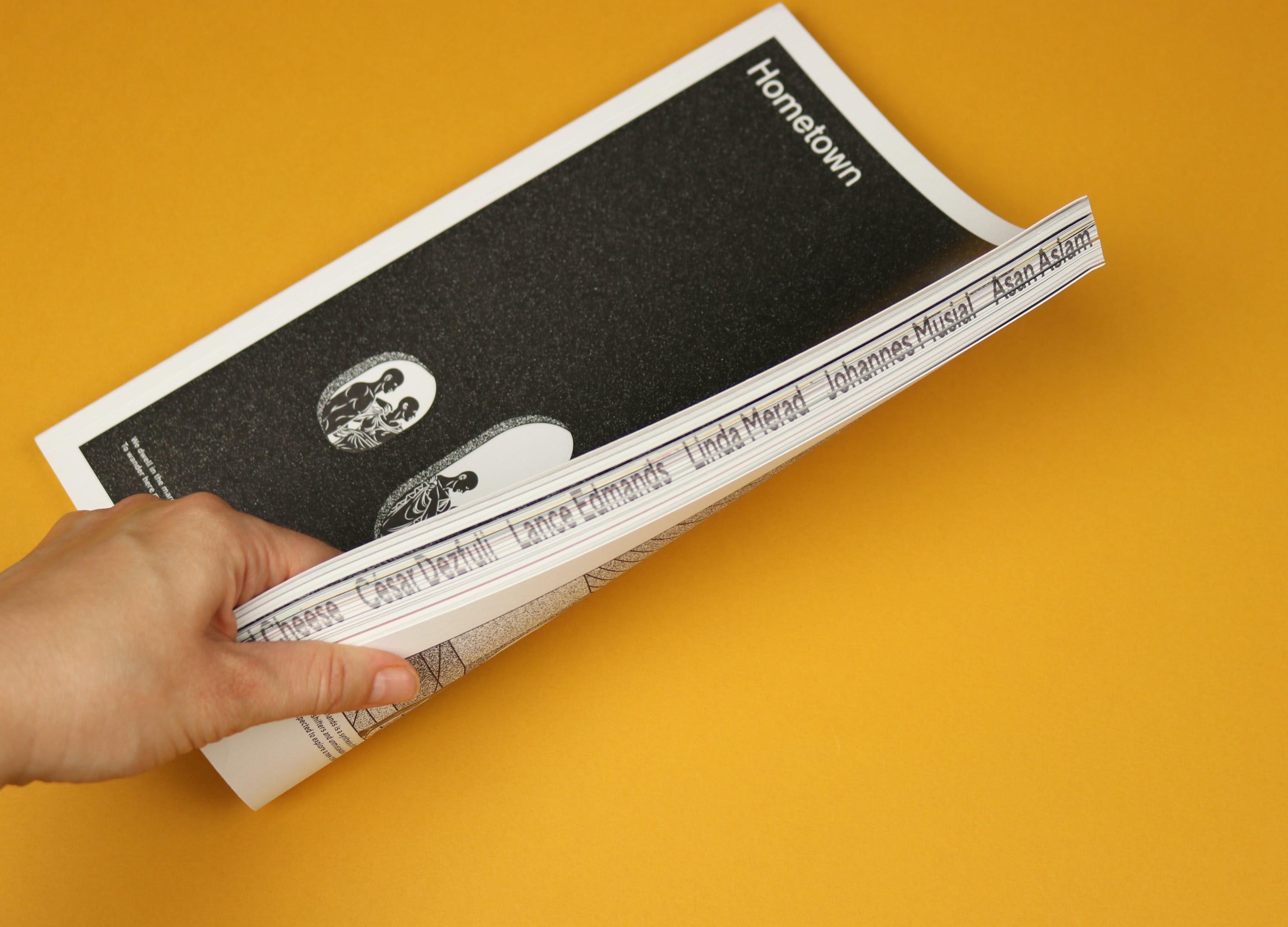 There is a similar pleasure to be found in a feature about the photographer Andre D. Wagner, who takes photos between Bushwick and Manhattan. The photographs themselves are interesting but what I like best is the way they are presented. In a delicate plastic wallet inserted into the magazine, we see rows of negatives, with circled favourites. Turn the page, and you see the chosen image blown up. 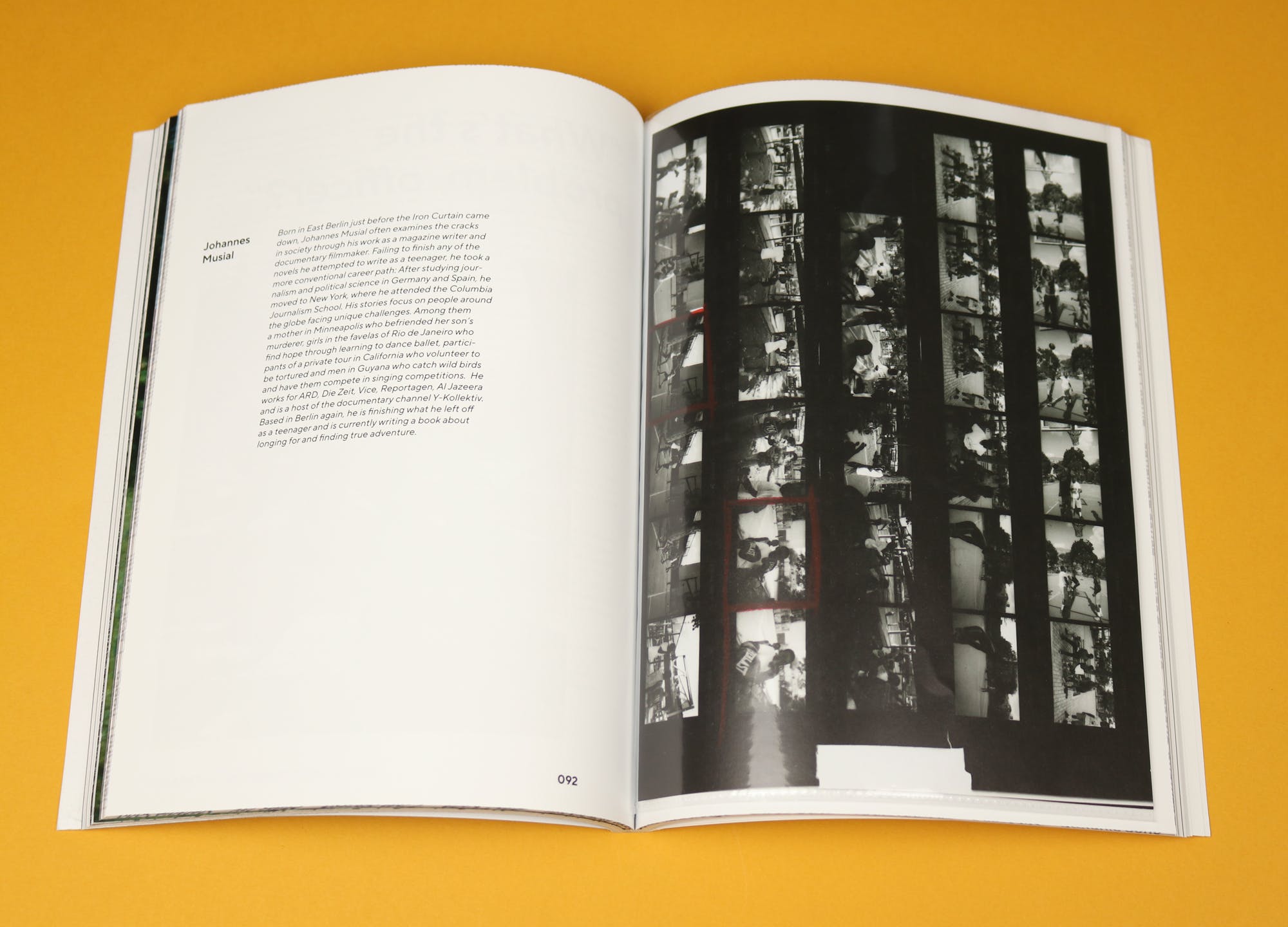 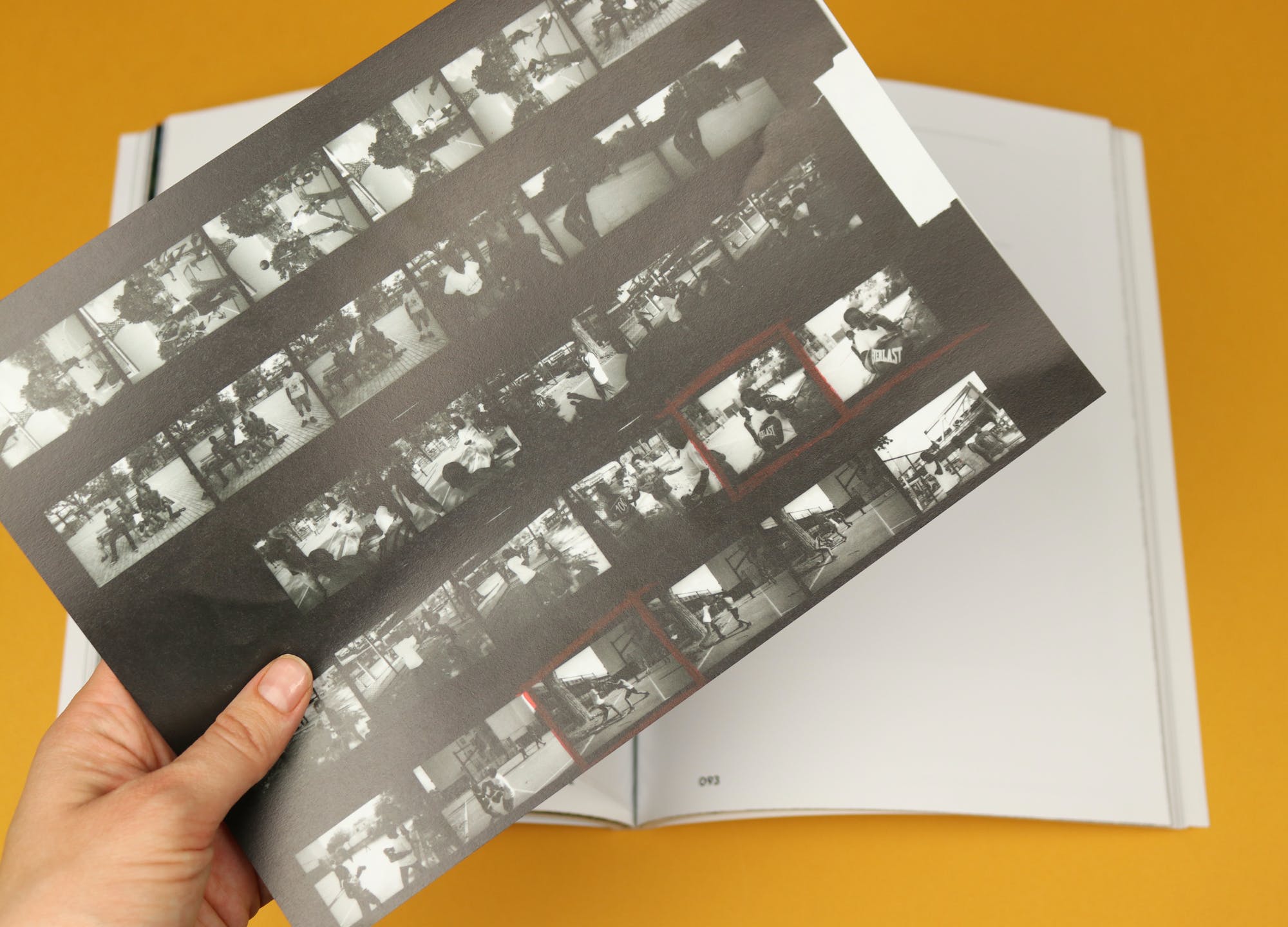 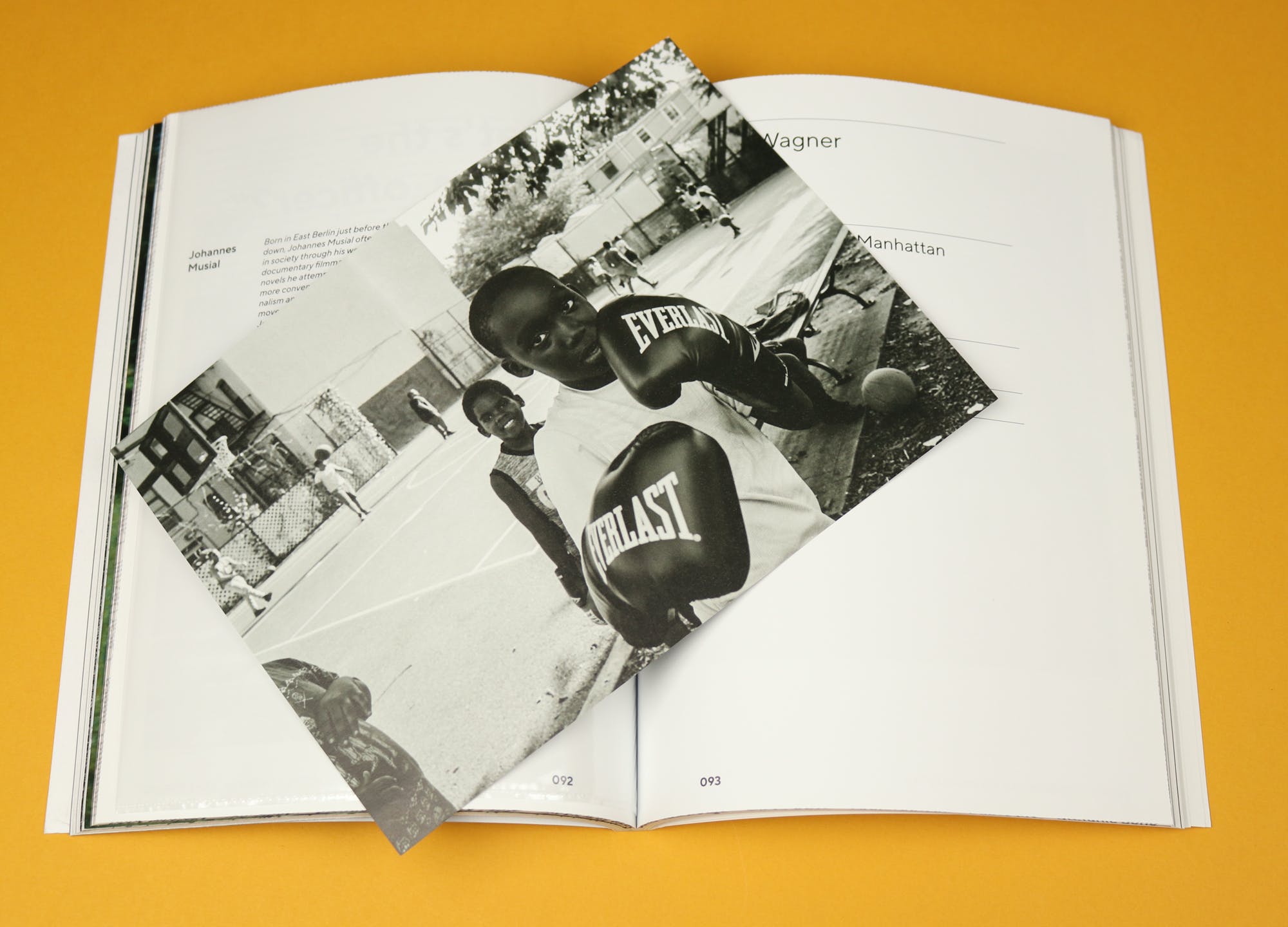 Hometown’s novel approach to design imbues a photo story by César Dezfuli with a special power. The photographer had worked aboard a German rescue boat in 2016, and photographed 118 people saved from a rubber dinghy in the Mediterranean sea. Years later, he sought out many of his subjects and photographed them again, in their adopted countries.

Hometown has chosen to print the later photos on a transparent sheet, so that you can line up the old and new photographs. The project was conceived by Dezfuli to trace how this group who arrived at the same time have integrated in different ways. Is it in part because of the policies of the country in which they arrived? Is Germany doing better than Belgium, or France better than Spain?

It is moving to experience the photographs in this way: to see who has flourished, and married, and made a life; and who has been sent back to the country they fled from, their asylum claim rejected. 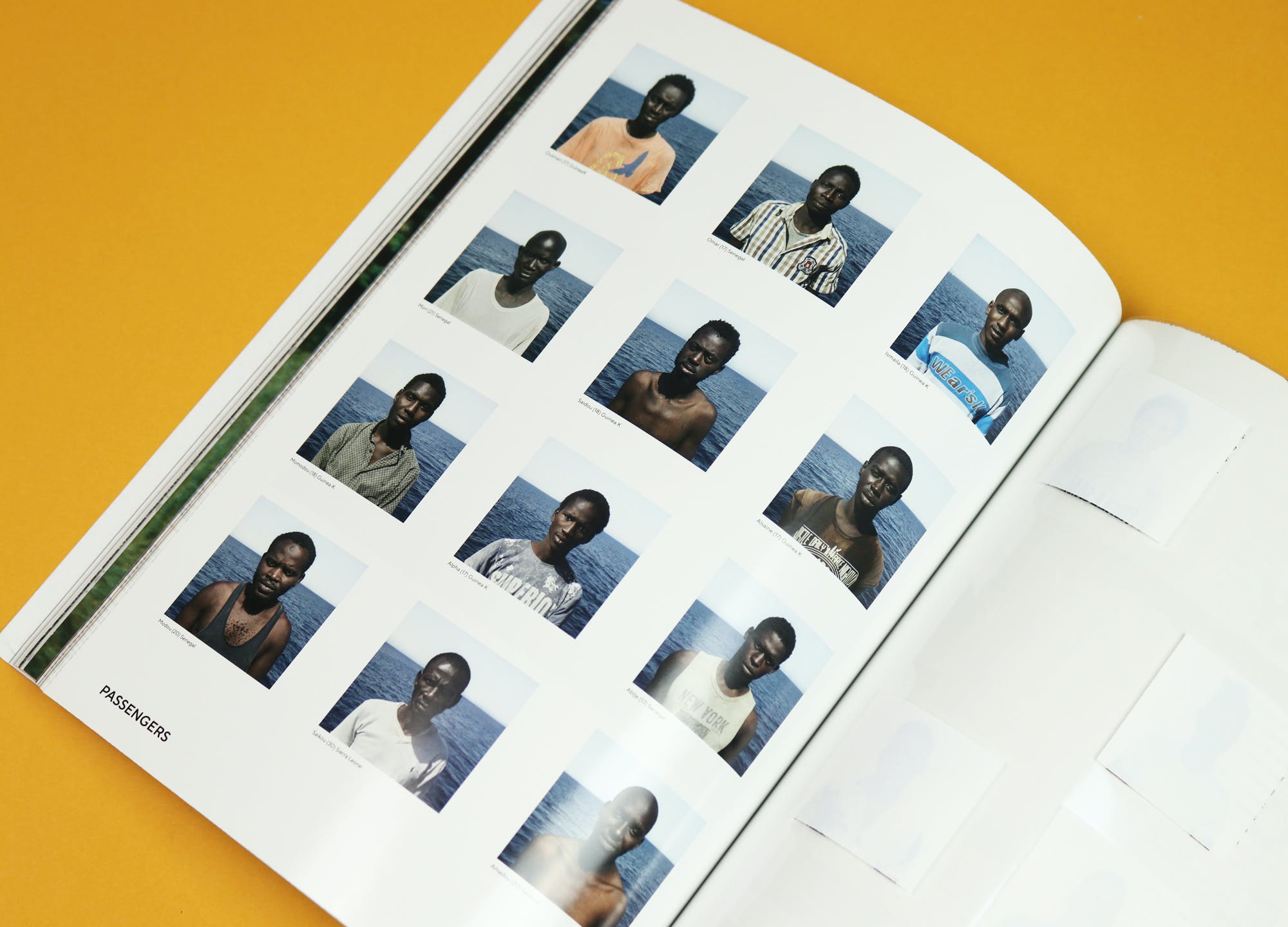 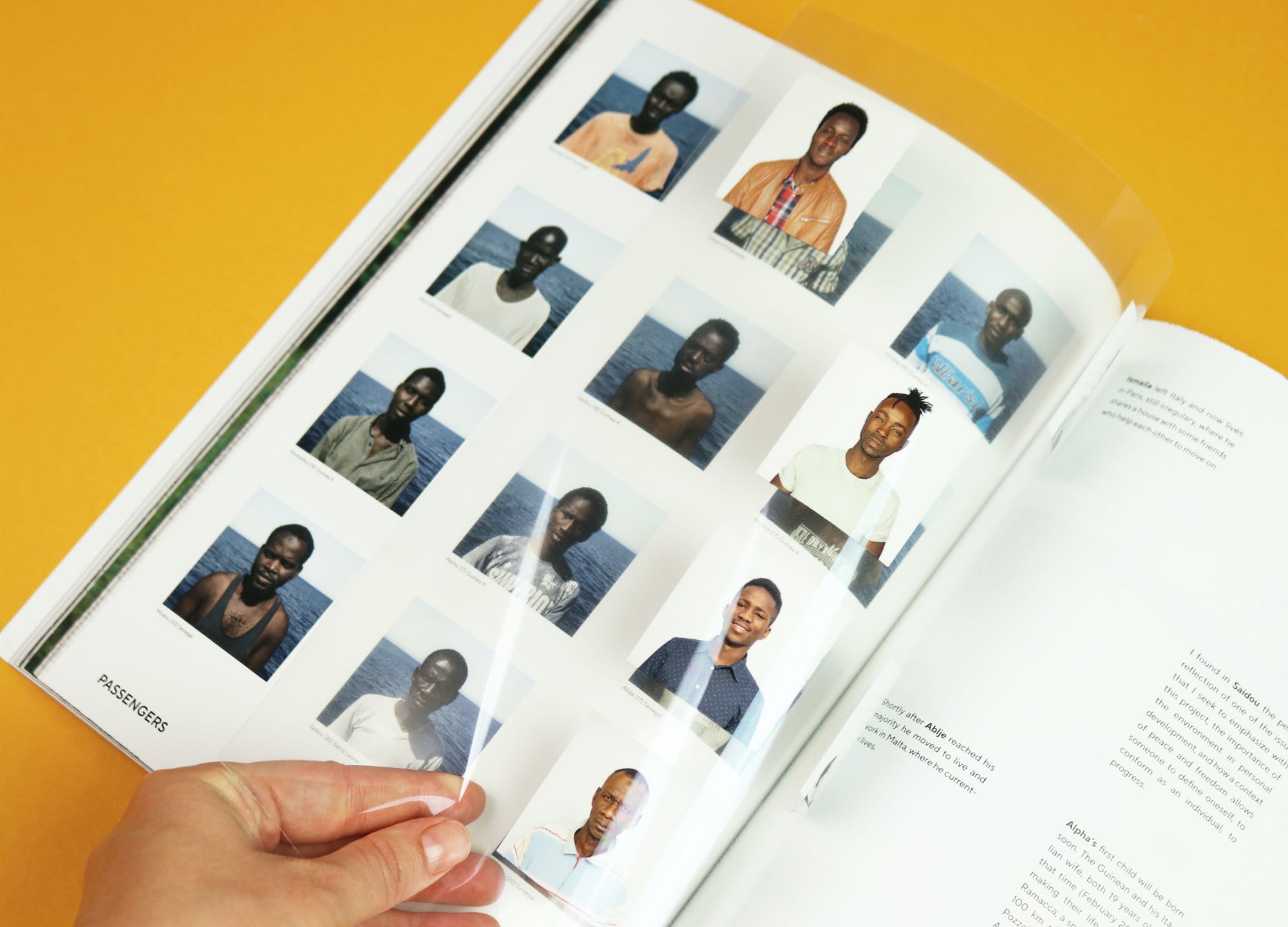 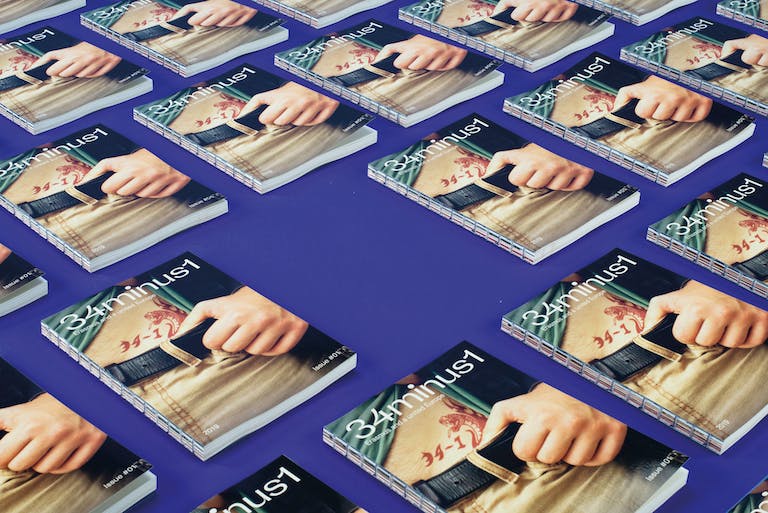 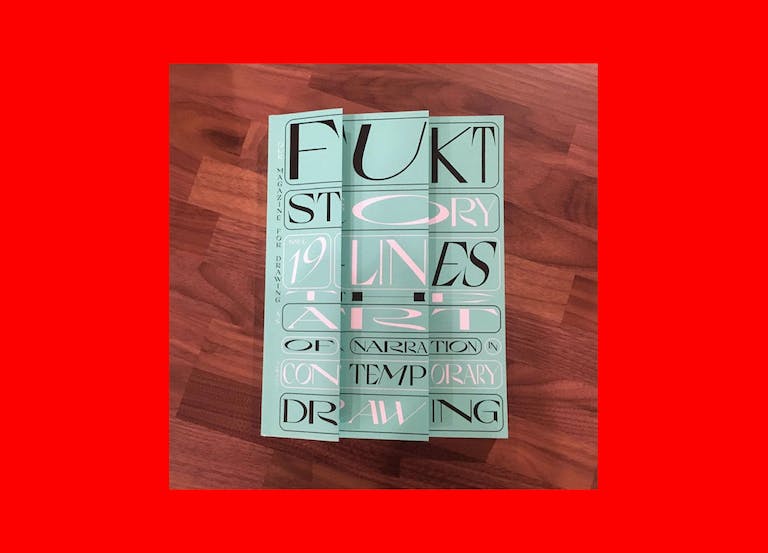