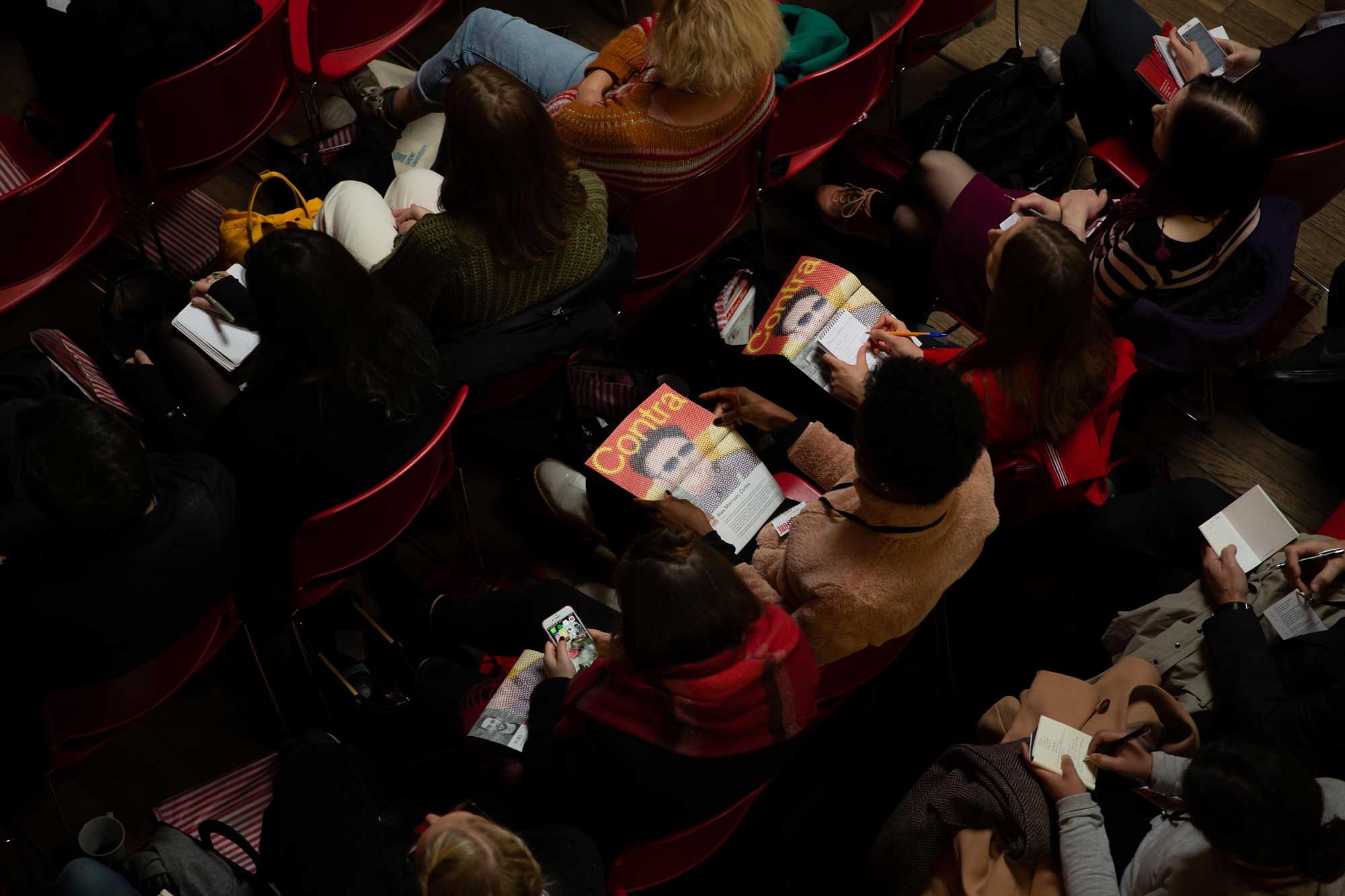 About three quarters of the way through Magculture Live, we are looking at a picture of Lizzo’s bum. Jody Quon, photography director of New York magazine, is explaining the resistance she faced trying to get a fabulously bright, Chopard diamond-encrusted picture of the singer’s bottom in the magazine, and how, eventually, she got her way. The theme for the 2019 edition of Jeremy’s annual celebration of print is “making a difference”. The editorial wrangles that are sometimes required to push through an idea you believe in, is a fascinating angle on that theme.

Another hotly debated photo-editorial was the famous Bill Cosby cover story, featuring 35 women who had accused Cosby of sexual assault, from the July 27 to August 9 issue, 2015. It was pre #MeToo, and initially, then-editor Adam Moss was against the idea of featuring the women. The story ended up winning the George Polk Award for investigative journalism, and looking at that cover projected on-stage yesterday — unthinkable then, iconic now — was a visceral reminder of the way culture has changed, and of what a story can do.

The best talks gave the audience an intimate look under the hood of how a publication is made, and how a magazine-maker takes shape. Gert Jonkers, editor-in-chief of men’s fashion publication Fantastic Man brought onstage an array of his own denim cut-off shorts; part of a demonstration of the “nerdy exactitude” with which the publication approaches clothes. Another highlight was Felicia Pennant, editor of the football mag Season Zine, talking about the annoying habit men have of testing women on the offside rule at the pub.

Matt Willey, art director of the New York Times, also talked about pubs — the many, many hours he has spent drinking in them and dreaming up magazine ideas. This was a nice antidote to the idea that all successful people must spend most of their lives in the office. He showed a video of himself obsessively moving typography around the page — “I have spent an absurd amount of my life just pissing around with type” — and gave us a montage of NYT spreads soundtracked to Don’t Stop Believin’ (because he gets anxiety about his music taste, so he decided to give up, and accept his son’s dare to play Journey).

One particularly revealing moment was when Jody Quon spoke about the decision to run an interview with Soon-Yi Previn, the wife of Woody Allen, and the criticism New York faced post-publication. The couple were photographed in their home, and in the background of one shot a quote was on display: “He enjoys the company of women”. It was part of the Allens’ furniture, totally un-staged.

The penultimate speaker was Charlie Brinkhurst-Cuff, editor of Gal-dem magazine. Describing the disgrace of the journalism industry today — 94% white; 55% male, according to a 2016 study from City University London — she addressed the overwhelmingly white audience: “We are journalists, we are graphic designers, we just happen to be from a different background from most of the people in this room.” She finished by asking us to think about what we are actually doing to change things. It was uncomfortable, and brilliant.