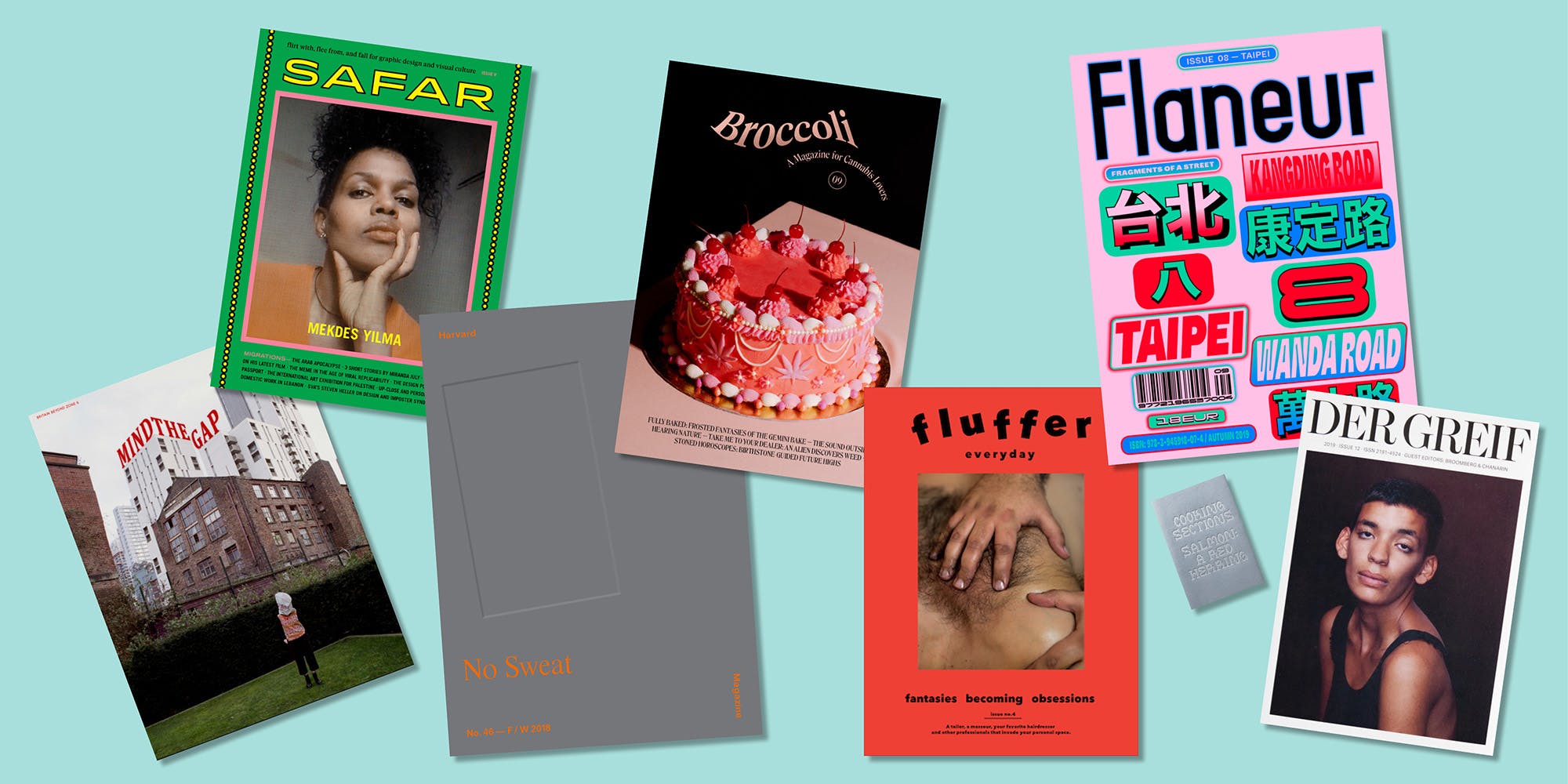 This pandemic has made things that once felt inevitable — like doing a 9-5 job, or renting a nasty flat near a tube station so you can do that job, or sharing that nasty flat with someone who you may or may not still love — suddenly, uncertain. That is at once terrifying and liberating. Whether you are considering quitting your job, leaving your lover, or simply experimenting with light hallucinogenics, here are eight magazines to inspire you to take the plunge.

Do you love your job? Do you even like it? Wryly titled ‘No Sweat’, the forty-sixth issue of Harvard Design Magazine is about that tension between labour as “pride and shame, fulfilment and drudgery”. Published by Harvard’s Graduate School of Design back in 2019, reading this issue of the magazine when it first came out felt like ear-wigging on some extremely clever people while they had an interesting, if ultimately impractical, conversation. Are we heading for a post-work future? Probably not. Will we institute pods for “free bleeding” and “crying” in offices? Again, not likely. Reading the issue again now, in the wake of corona — with office culture going extinct and record international debt — is a revelation. A 9-5 no longer feels like one of life’s certainties, and HDM is the perfect tool to navigate an uncertain future. 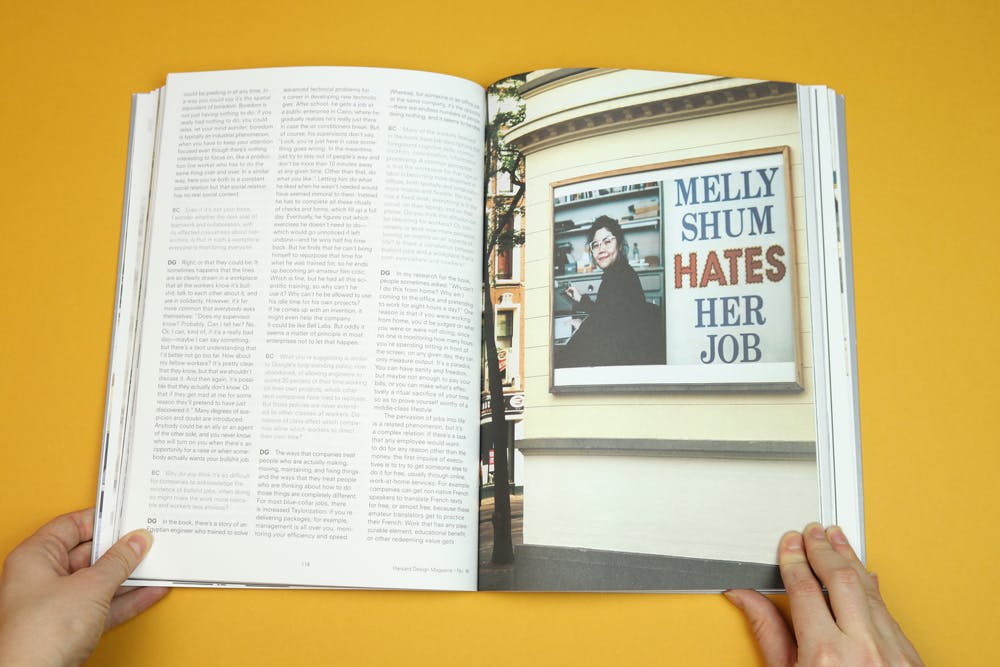 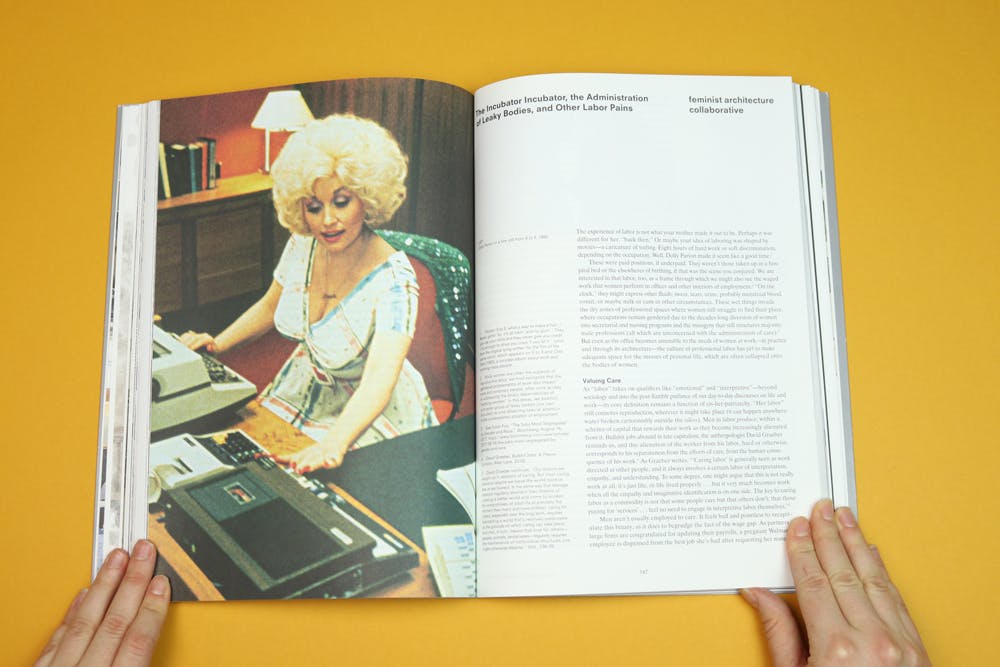 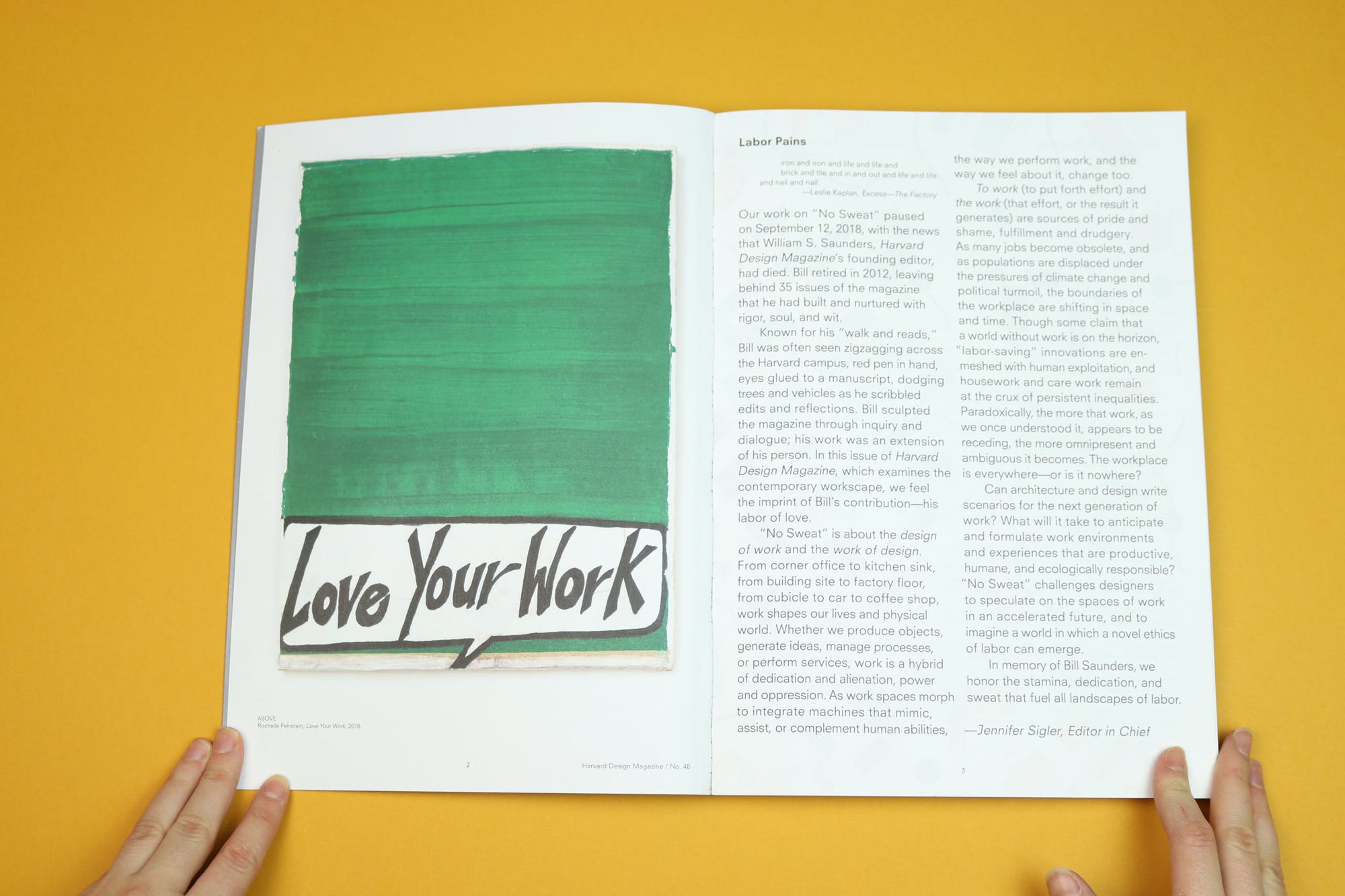 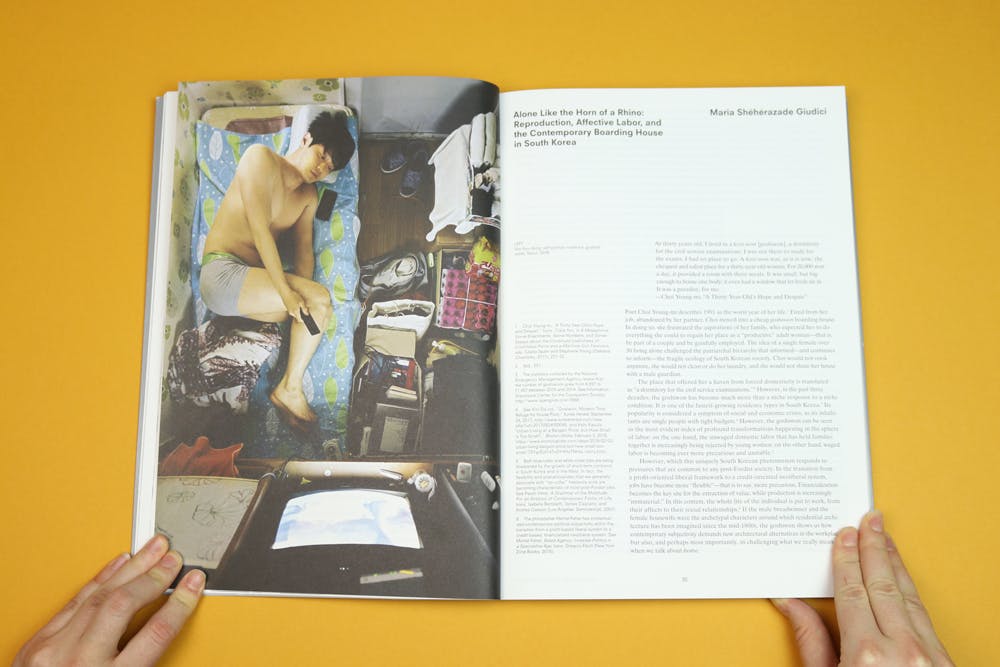 In Oregon, where Broccoli, “A Magazine for Cannabis Lovers”, was born, weed was deemed an “essential service” during lockdown, critical to the well-being of those sheltering at home. Whether or not you live somewhere where cannabis is legal, there is now a public health incentive to spend a lot of time inside, horizontal, so there’s never been a better time to start smoking (more) weed. Let Broccoli be your spirit guide. The latest issue has a juicy pink cake on the cover and features lively debate on the drug’s medical benefits. There is also a central photographic feature entitled ‘take me to your dealer’ which imagines an alien travelling to earth to discover weed.

Buy Broccoli in the Stack shop 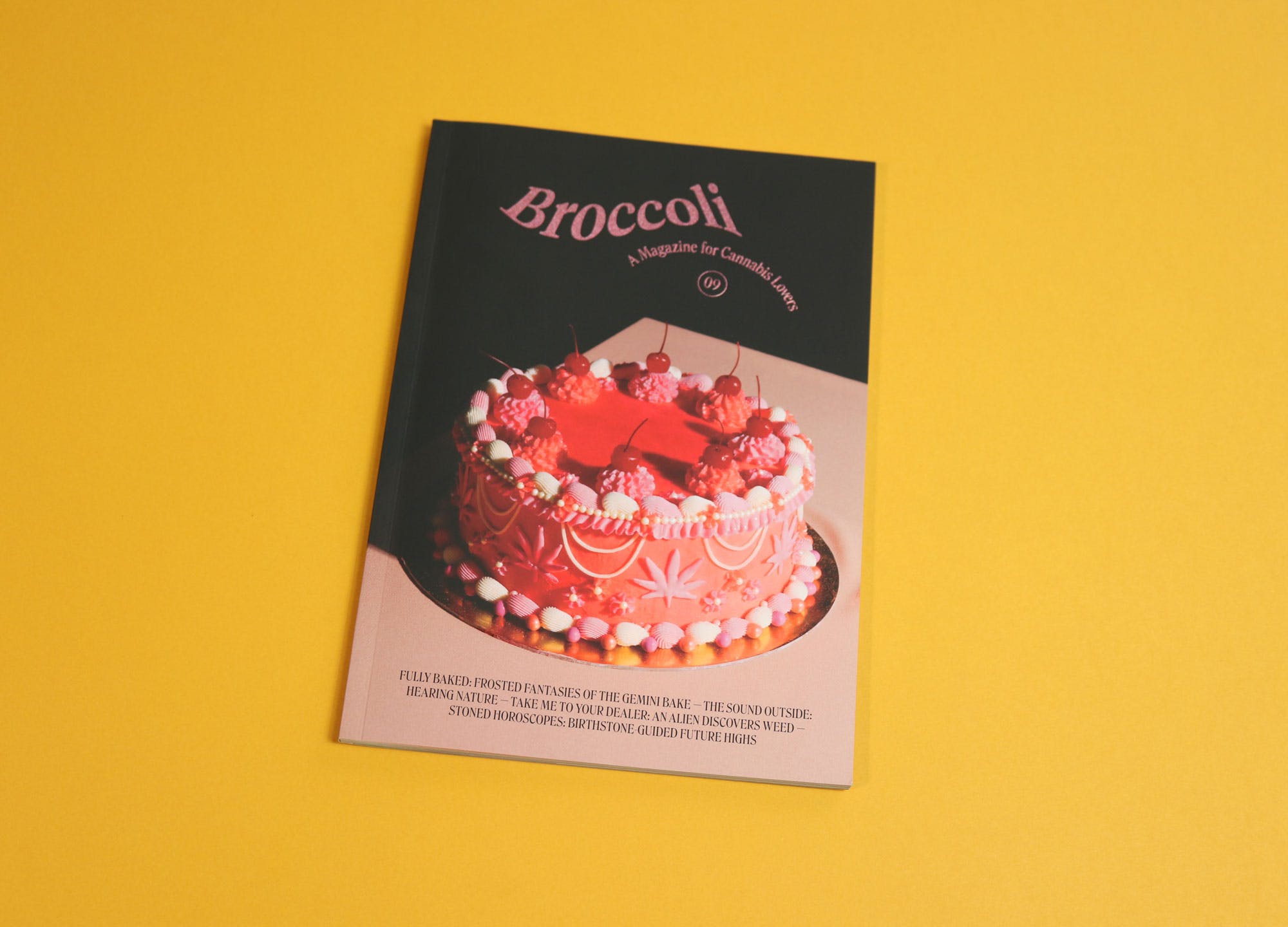 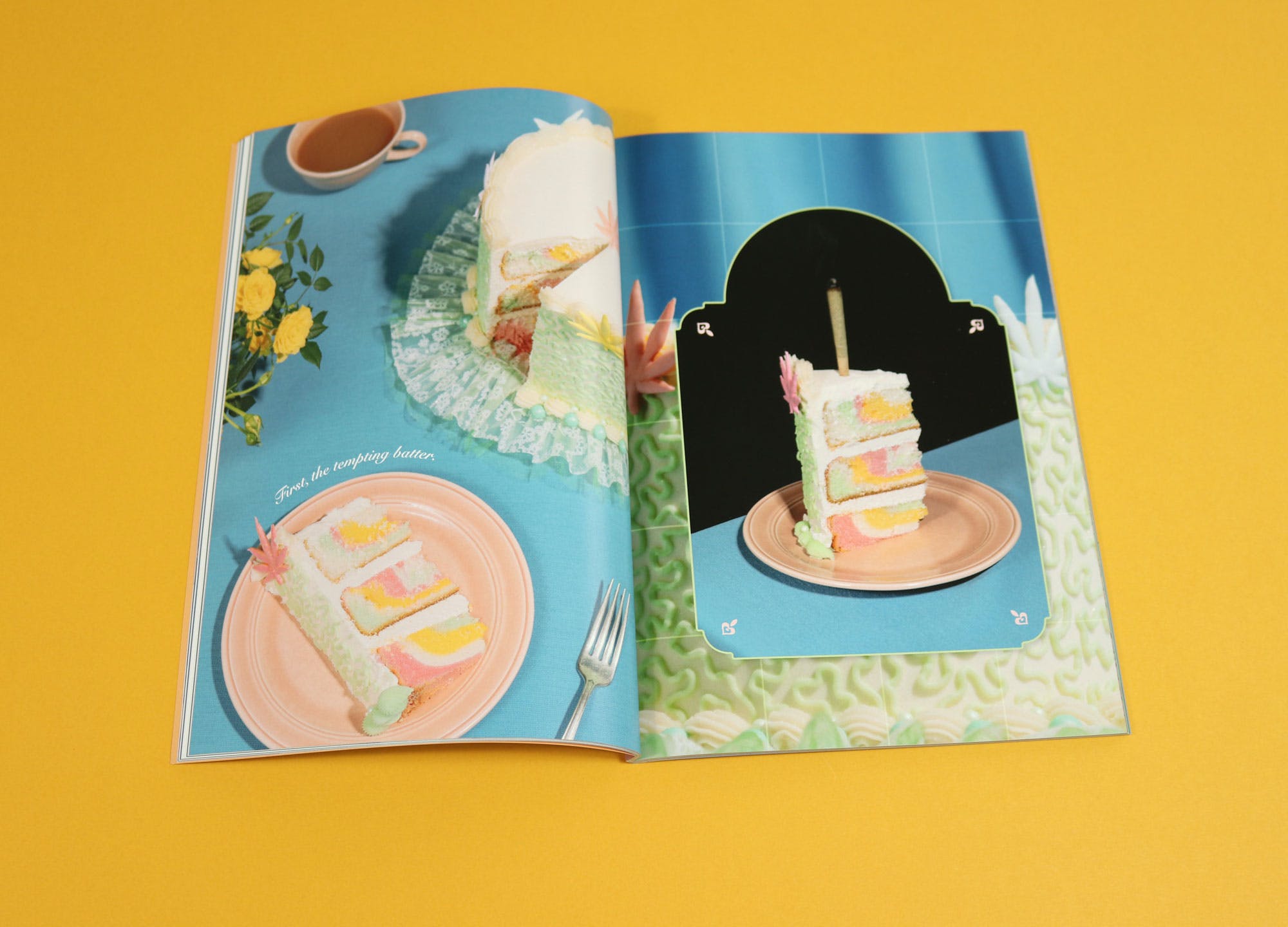 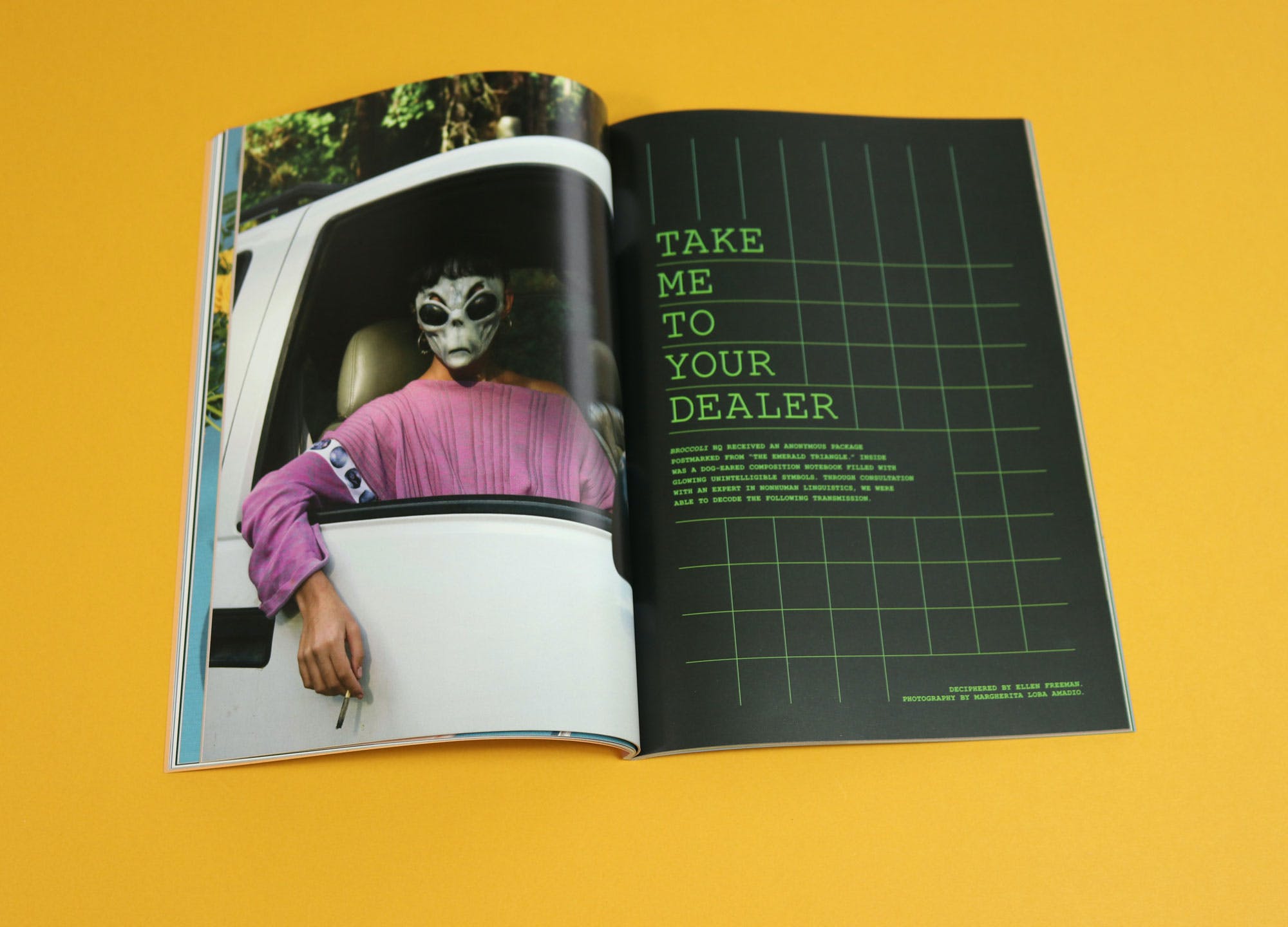 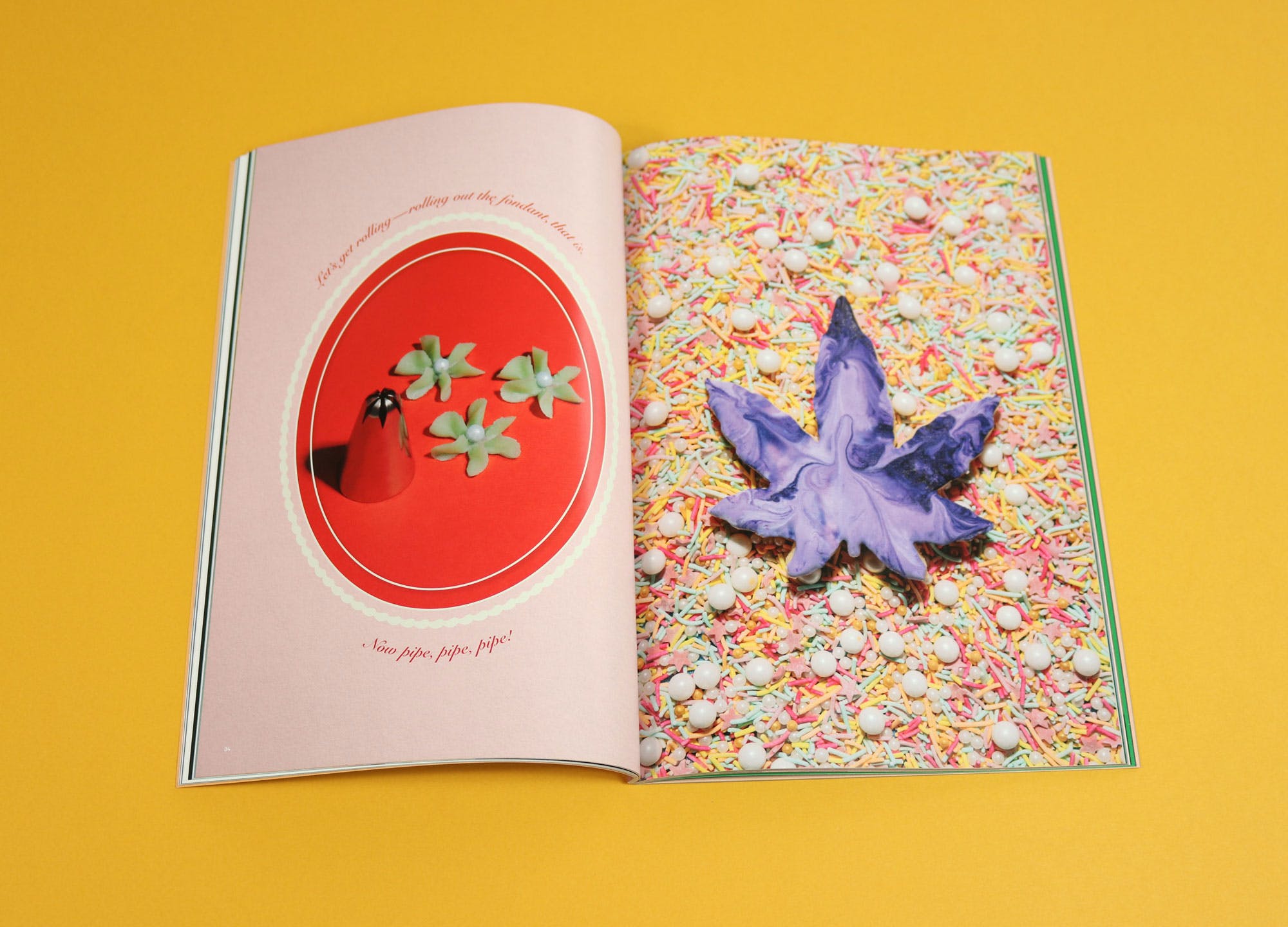 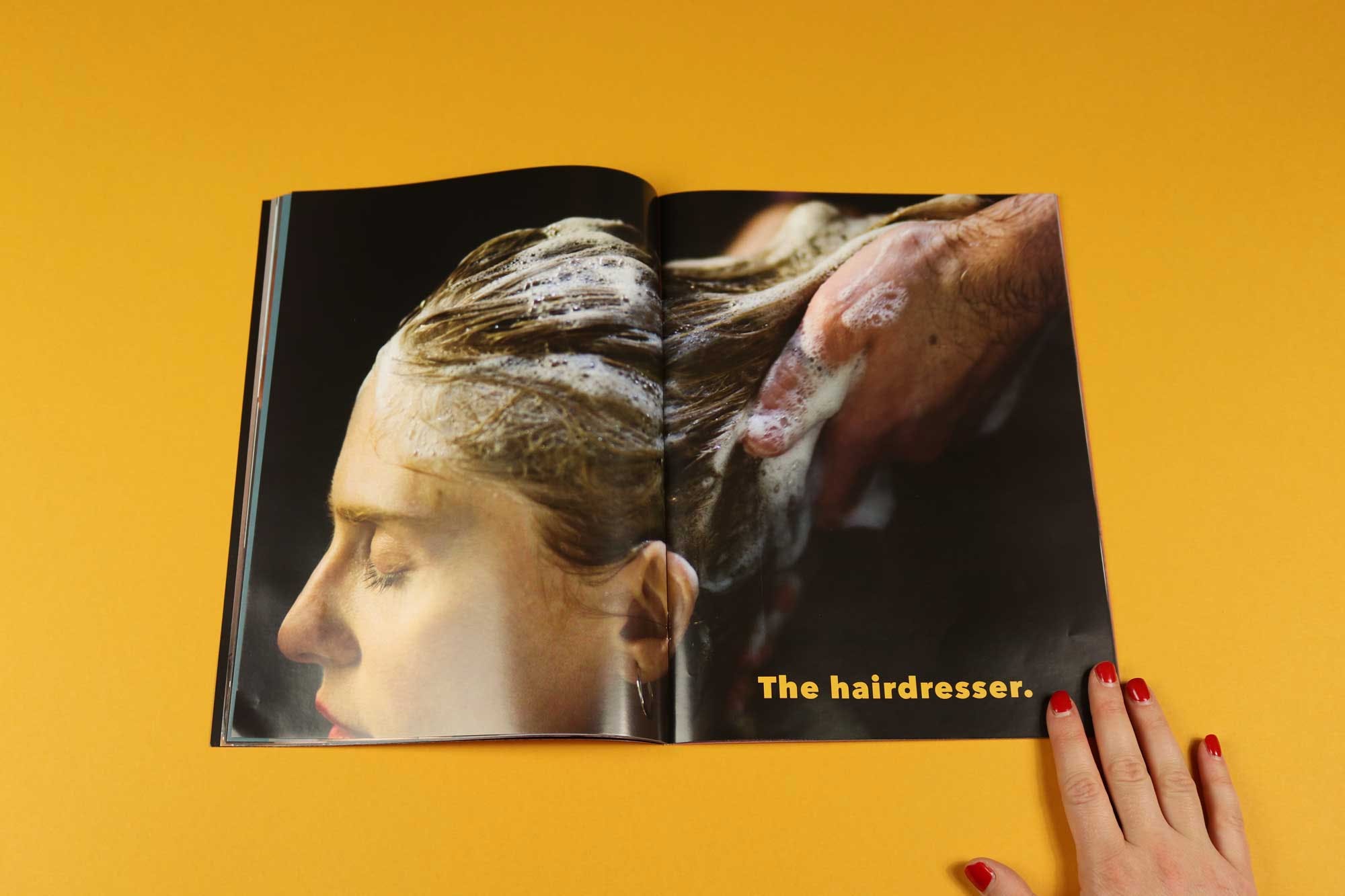 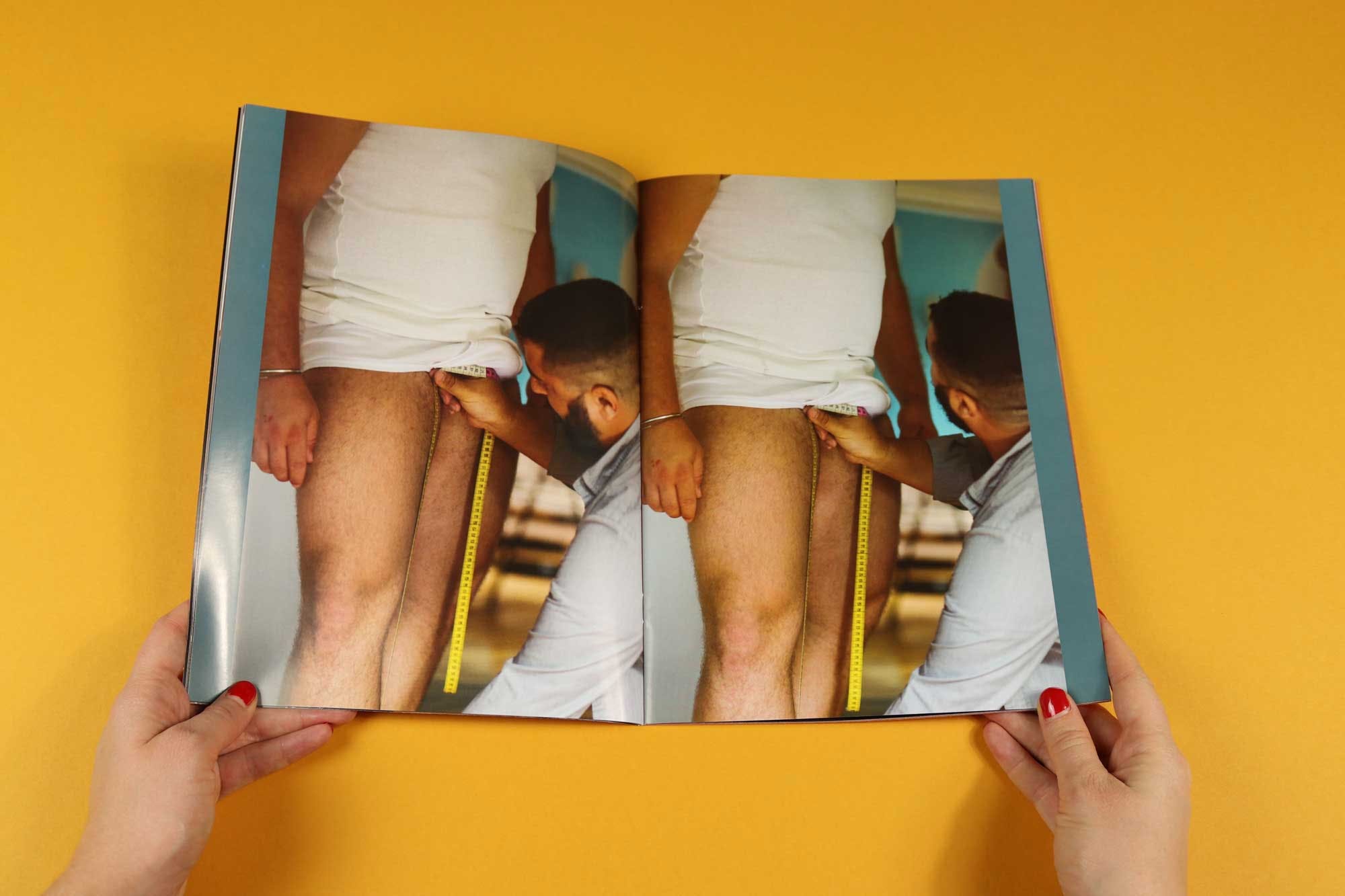 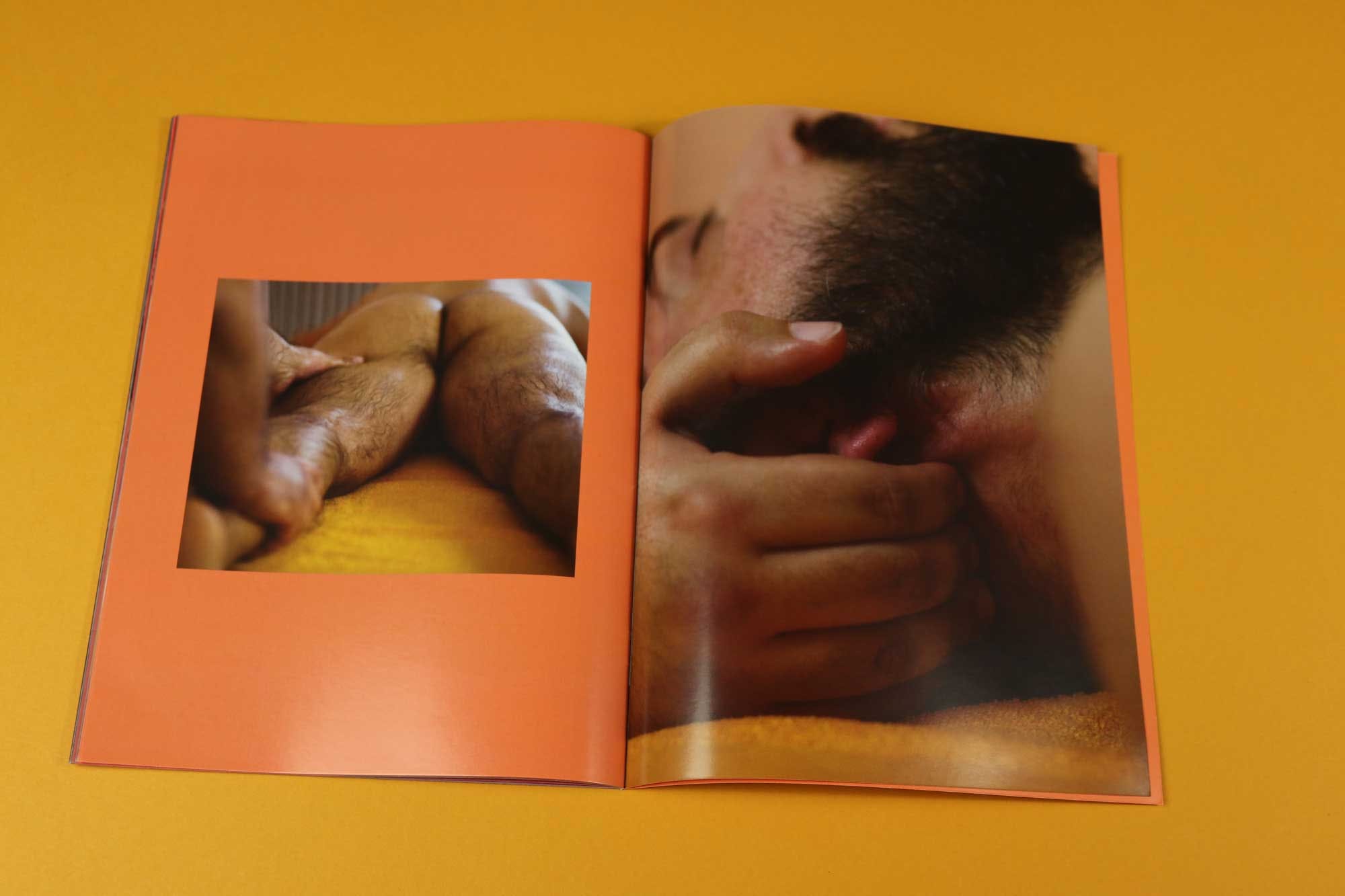 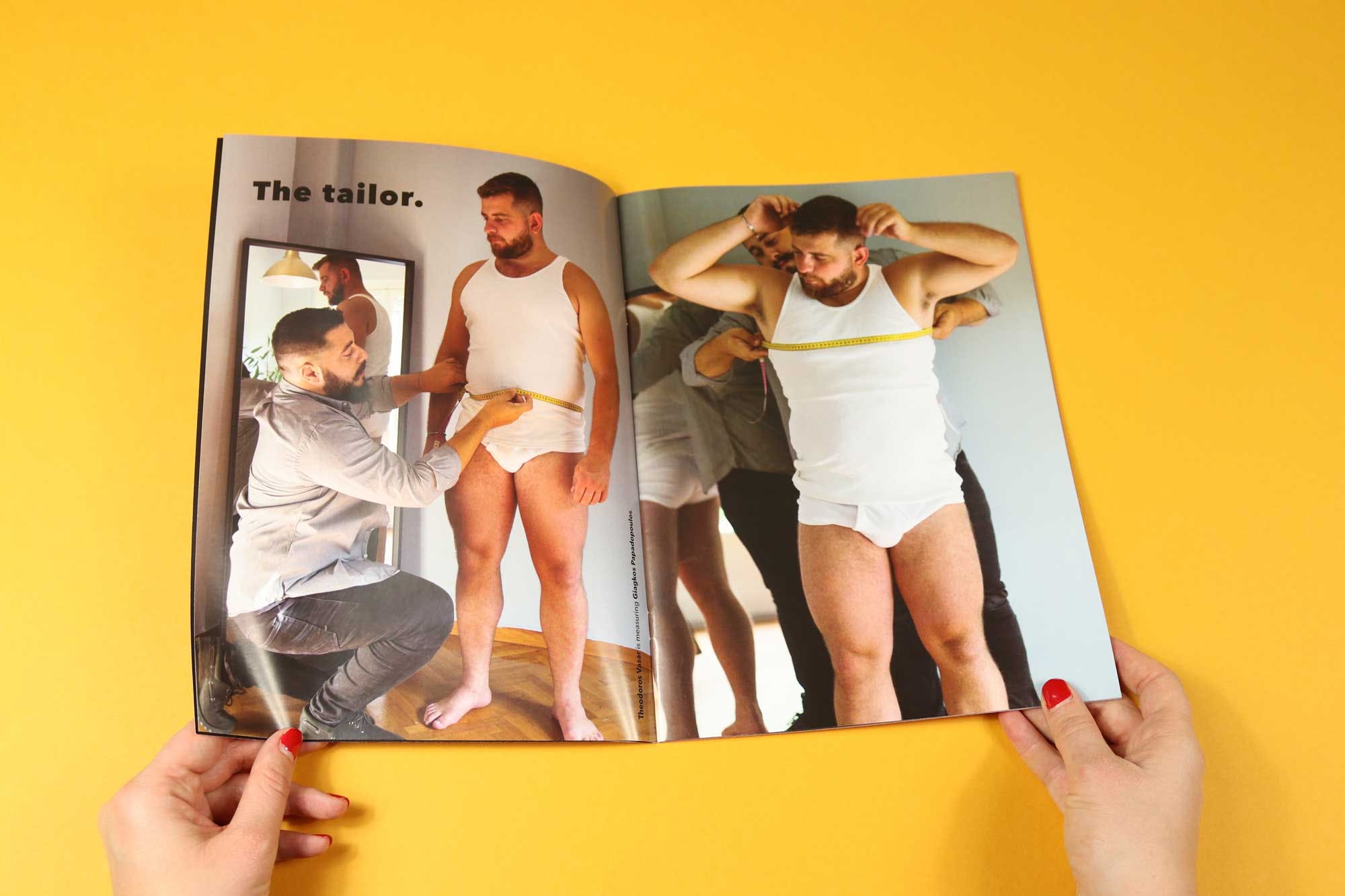 Lucy Fowler founded Mind The Gap when she was priced out of the capital by extortionate rents. She wanted to give the lie to the myth that in order to make creative work you have to live in London, by shining a light on the artists and designers living elsewhere. Paying about 1 million pounds a month to live in a box room near a tube station feels rather foolish, now that actually getting on the tube poses a serious risk to public health. For anyone thinking of escaping, Mind The Gap is essential reading. From the designer Adam Jones, whose clothes are inspired by his local pub in Wales; to the documentary photographer Sean O’Connell, who shot a Burberry campaign from his back garden in Barnsley — the artists spotlighted on these pages draw their creative strength from being nowhere near zone 6.

Buy Mind The Gap in the Stack shop 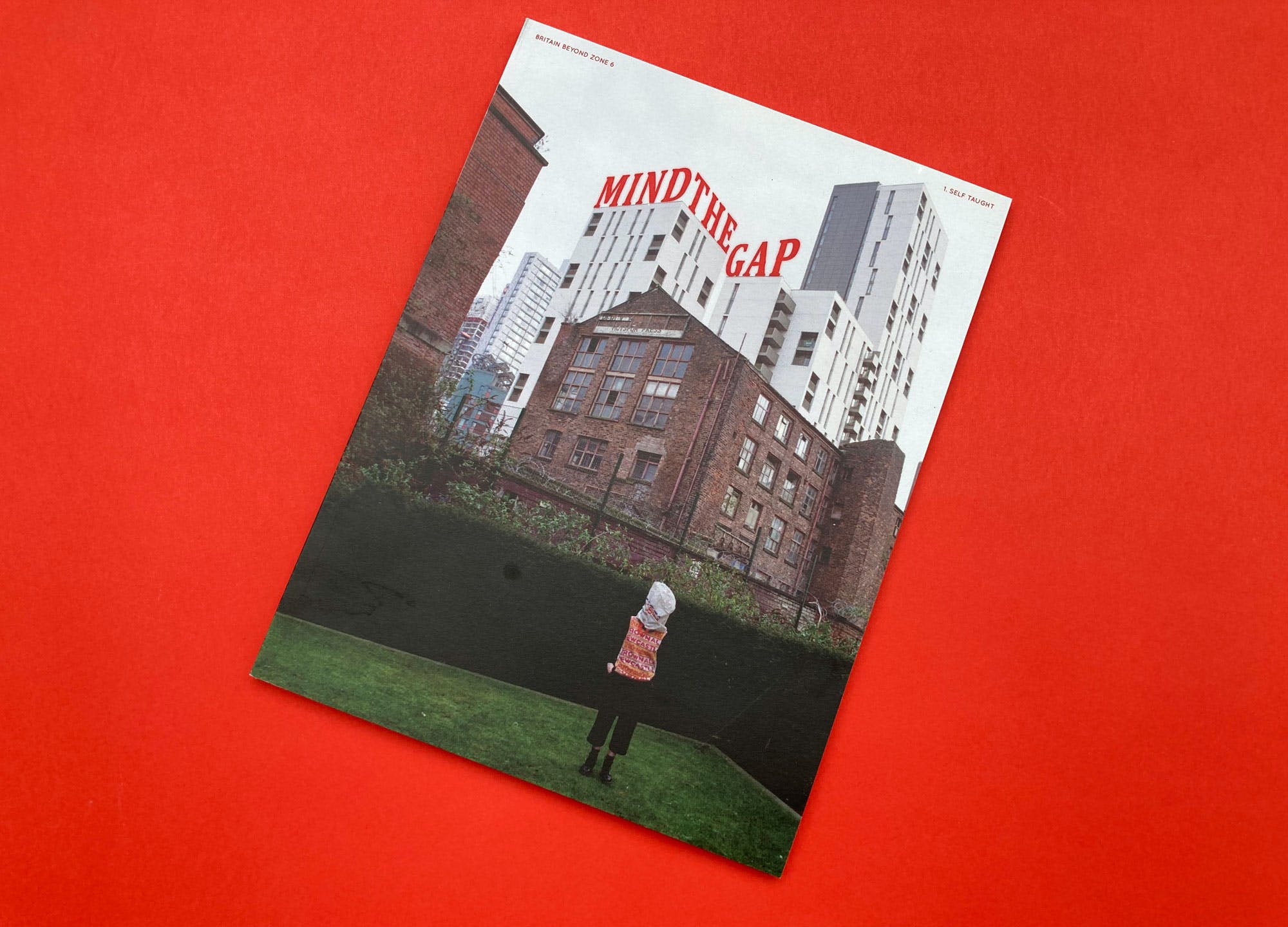 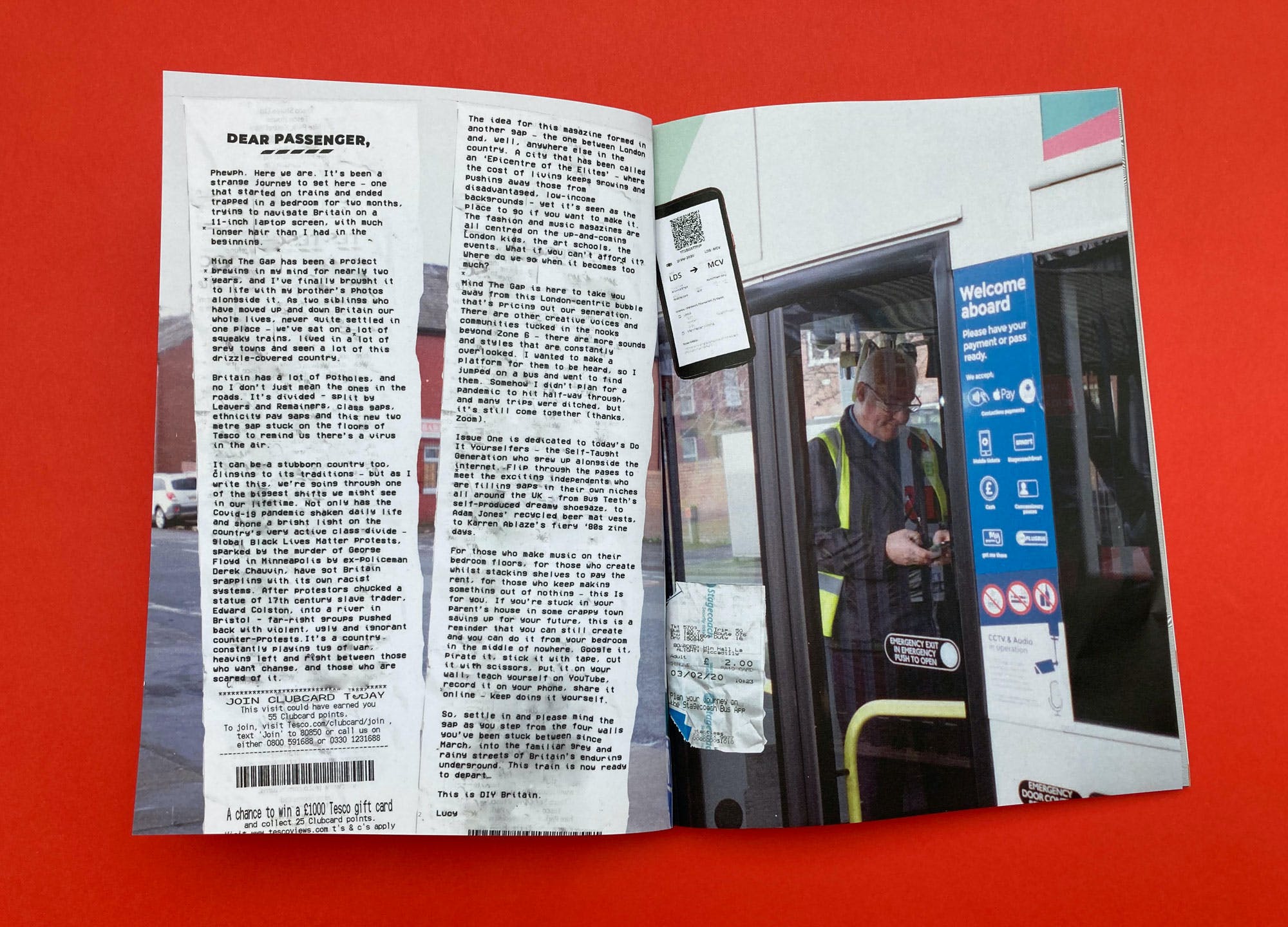 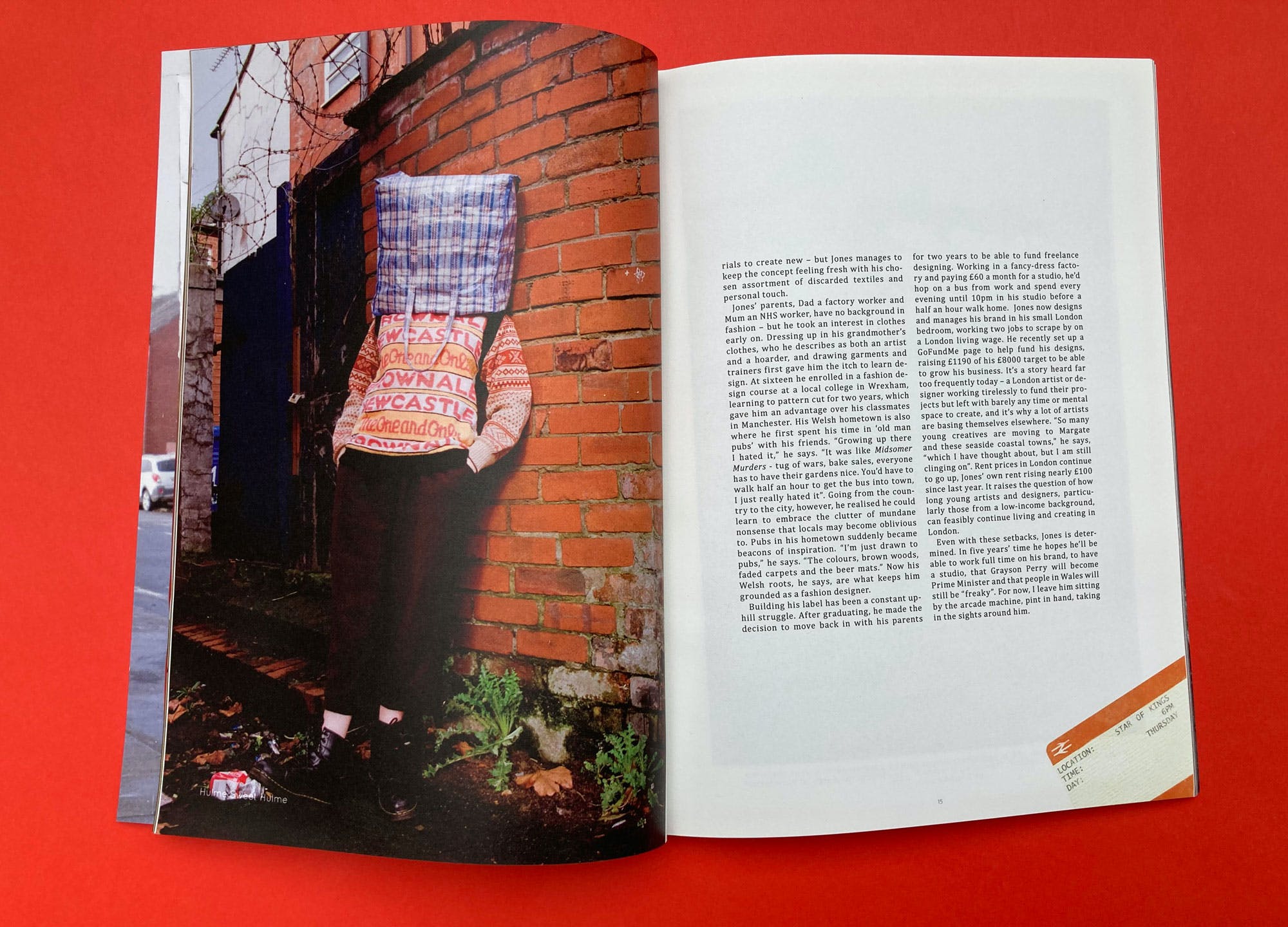 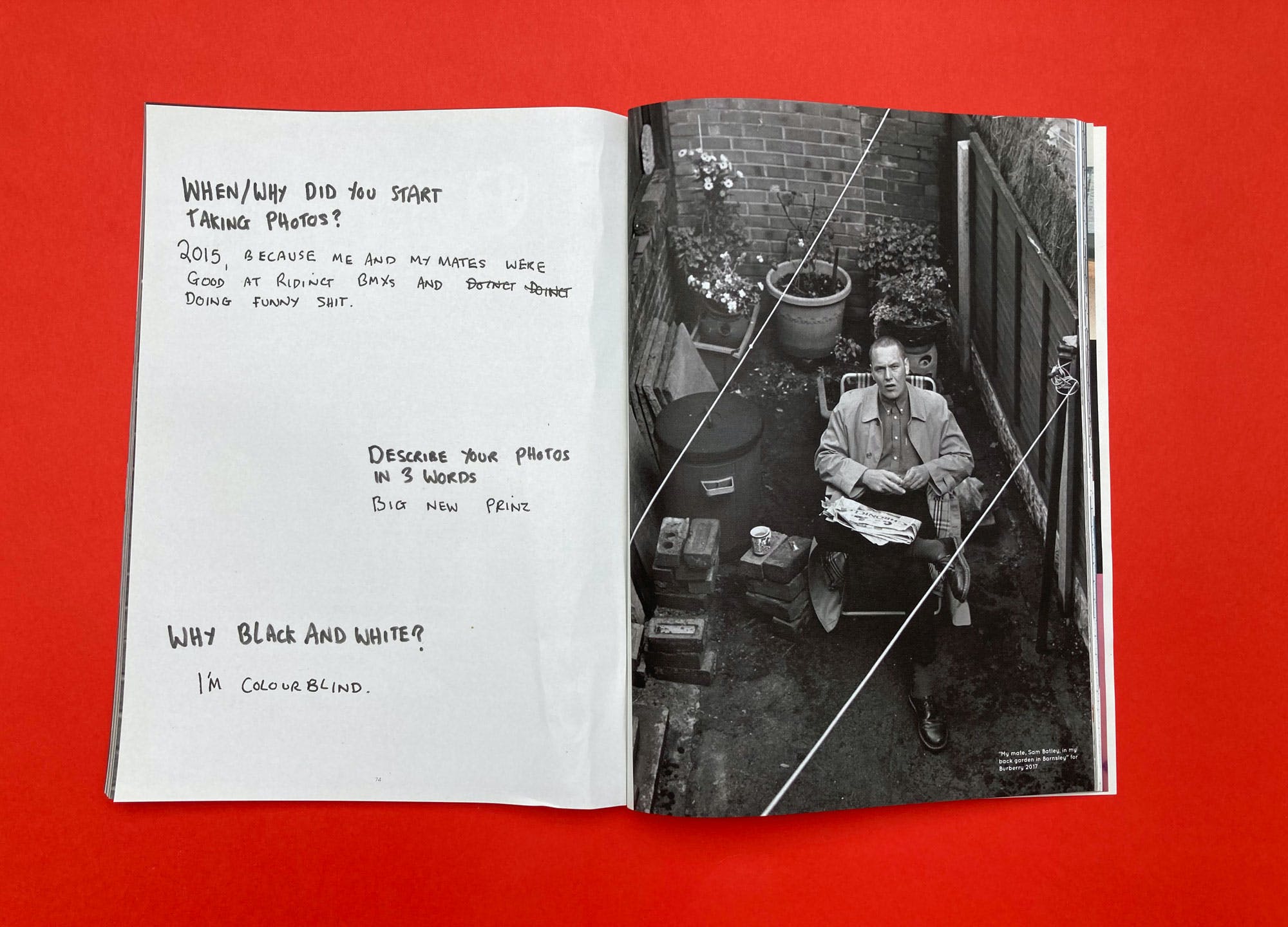 Every issue of Flaneur is themed around a different street, in a different part of the world: previous issues have taken Flaneur to Sao Paulo, TaiPei, and most recently, Paris. In order to make the magazine, the team relocates to that street, and lives there for around three to six months at a time. Most modern cities have secret underground rivers, and the team start by tracking them, always on foot, in order to map the city in an unconventional way. I spoke to Fabian, who co-edits Flaneur, during lockdown and he said one word he keeps hearing these days is “unreal” or “surreal”: “This feeling of ‘unrealness’ shows how fragile the collective imagination of the ‘real’ is; how quickly our reality can change.” To read Flaneur is to shift the way you experience public space. Every issue draws a new, psycho-geographical map of a city that feels more alive — more real — than the map you’ll find on your phone.

Change the way you eat

A pocket-sized magazine that exists to communicate life-altering ideas, Isolarii translates to “island texts”: each issue is conceived of as a new space — an island — from which to see the world afresh. The very first edition is all about salmon; the fish and the colour. One of its uncomfortable revelations is that farmed salmon is actually greyish-white — farmers dye it pink to give their fish the illusion of health (the pages of the issue itself have been dyed the 11 different shades of pink listed in an industry manual used by farmers when deciding which colour to dye their fish.) Operating at the meeting point of consumer aesthetics and industrial efficiency, it’s full of grisly details about farmed salmon. For example 90% of the fish are deformed because of accelerated growth: compressed vertebrae twist bodies to such an extent that they struggle to swim, and at the end of their lives it’s common for them to be starved for three days before their slaughter, so their faeces don’t contaminate the flesh when they’re gutted. After reading this magazine, it will be difficult for you to eat farmed salmon again. It might also change the way you see the colour pink.

Buy Isolarii in the Stack shop

Start doing something you believe in

Printed in both Arabic and English, Safar is a design magazine that grows out of the richness of the place in which it is made: Beirut. But when, on 4 August 2020, a large amount of ammonium nitrate stored at the city’s port exploded, killing 190 people and leaving 300,000 homeless, Safar’s studio was destroyed. Beirut was always a deeply challenging place to publish a magazine: quite apart from government violence and censorship, the deflation of the Lebanese currency has led to an economic crisis so severe that there are Facebook groups where people are selling their jewellery in return for nappies and formula for their children. But instead of packing up and leaving their city, editors Maya Moumne and Hatem Imam have chosen to stay, and theme their upcoming issue ‘Power’. They told me in an interview last month: “This is the way we can be political agents in these unfair and extremely violent conditions. We can’t give this up. This is our tool to say something and to change something.” Safar is a magazine to read when you are feeling powerless — or when you need inspiration to start doing something you believe in.

Buy Safar in the Stack shop 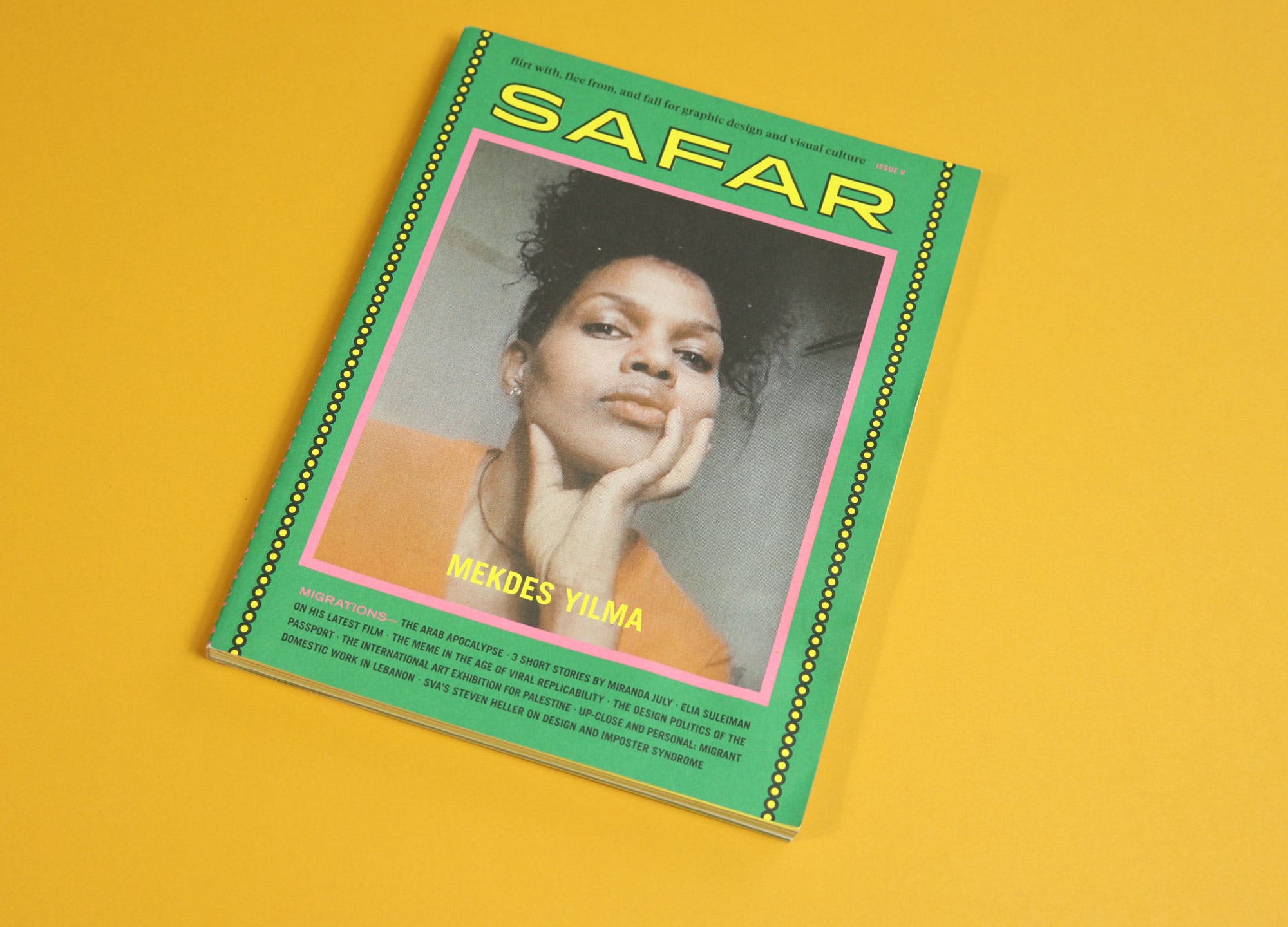 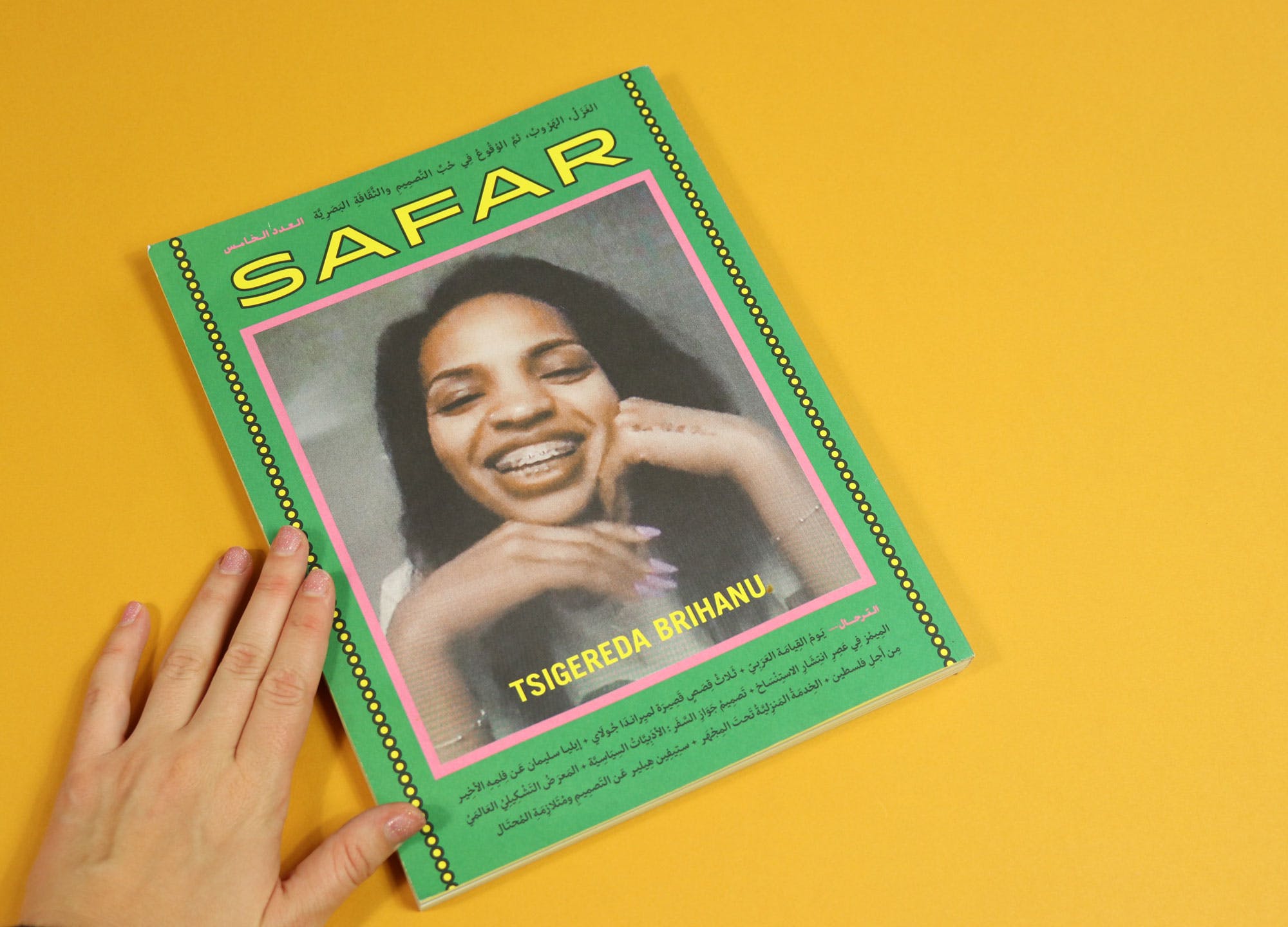 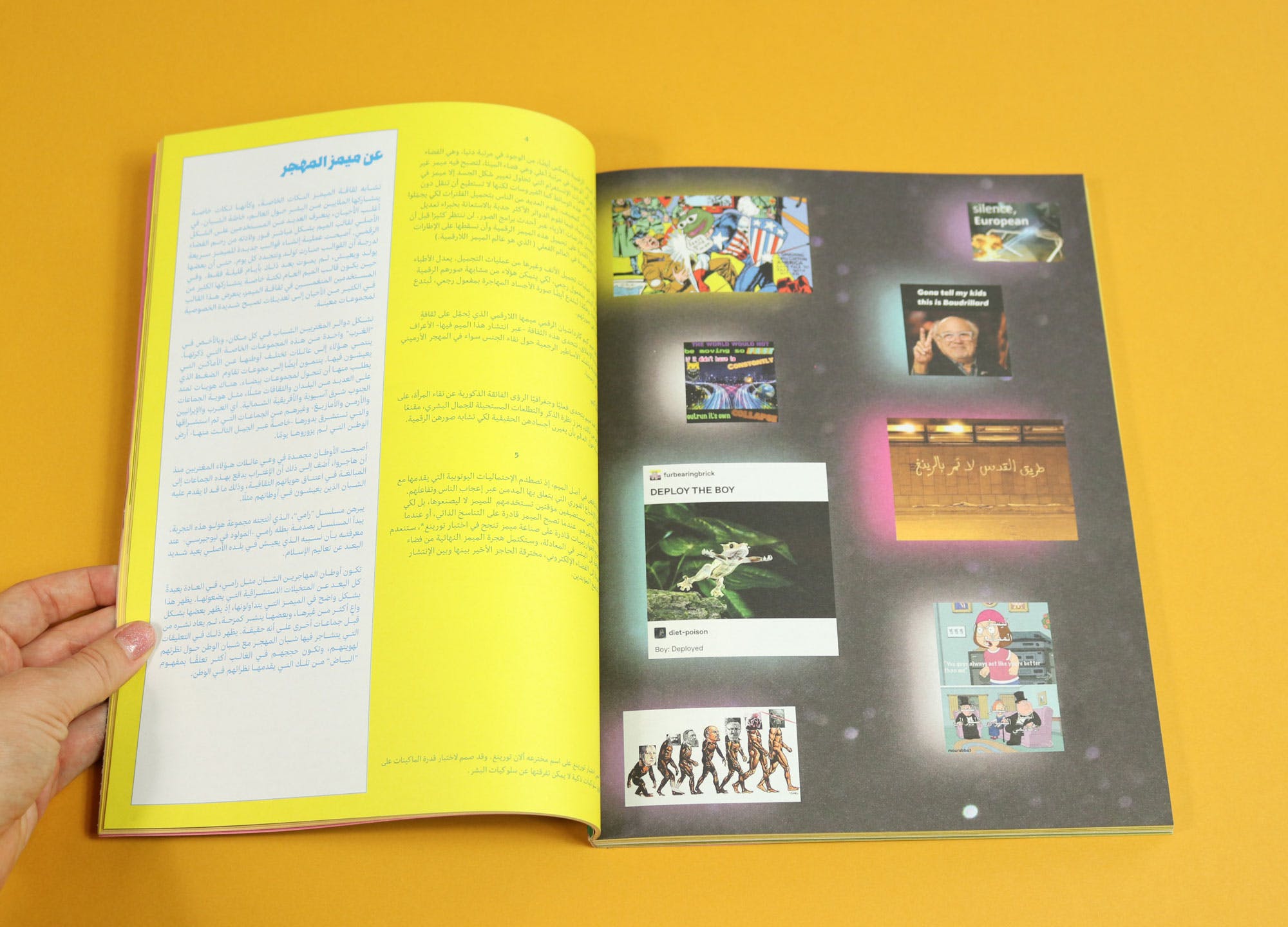 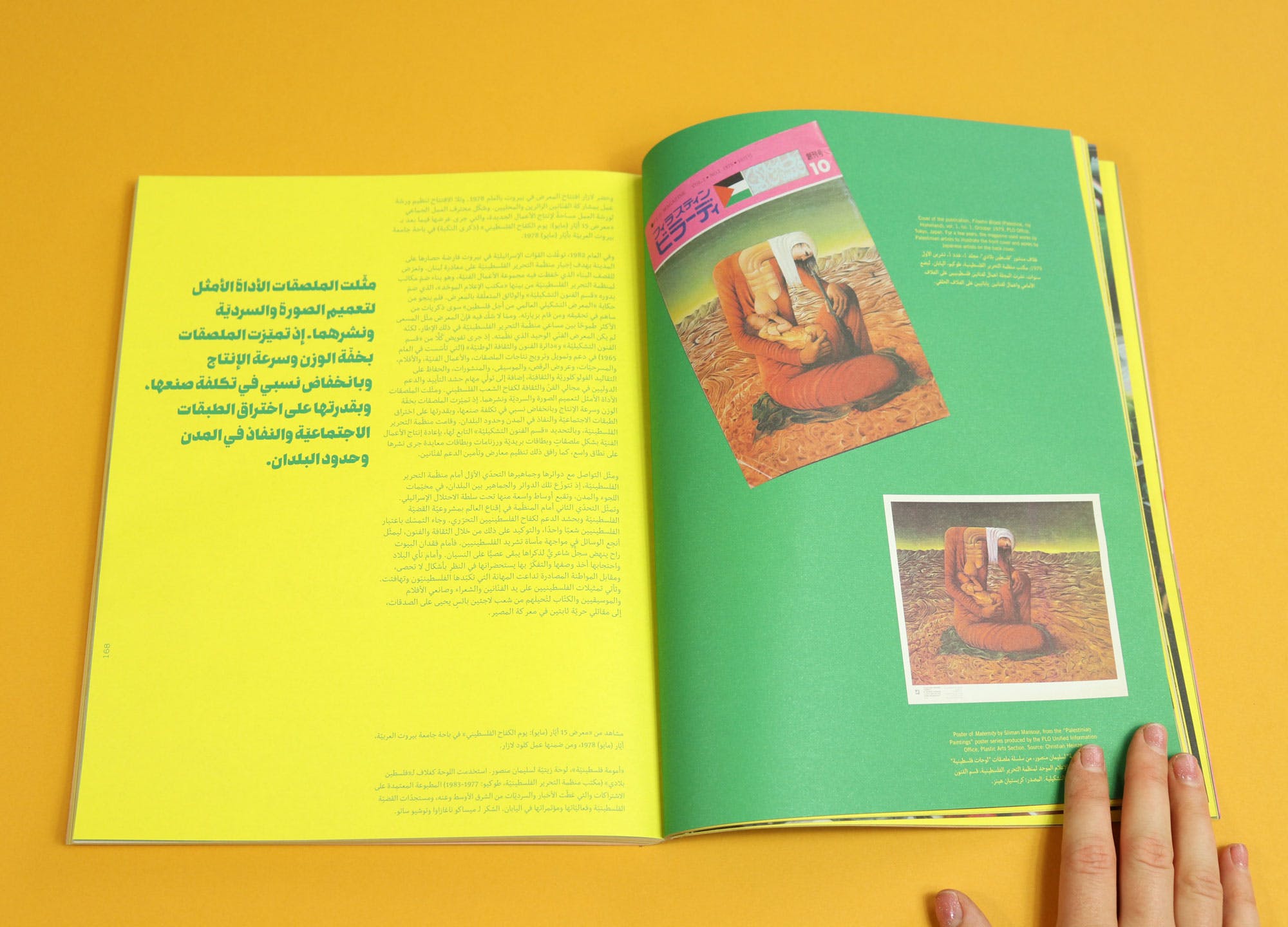 Push yourself out of your comfort zone

The 12th issue of Der Greif is guest-edited by the artists Broomberg and Chanarin, who sent a callout for images that “are too private, too quiet, too violent, too political, too subversive or too explicit to share online”. One photograph that has stayed with me shows a small child digging a grave. It’s not exactly explicit, but the fact that the picture shows you extreme youth and death in such close proximity is, to me, far more disturbing than the more straightforwardly explicit images in here. Broomberg and Chanarin employed the services of a “disgruntled” former Facebook moderator to help sift through submissions, and the whole effect of the magazine is to question the ethics of censorship. Looking at these images forces you to ask yourself what you find difficult and offensive, and why. 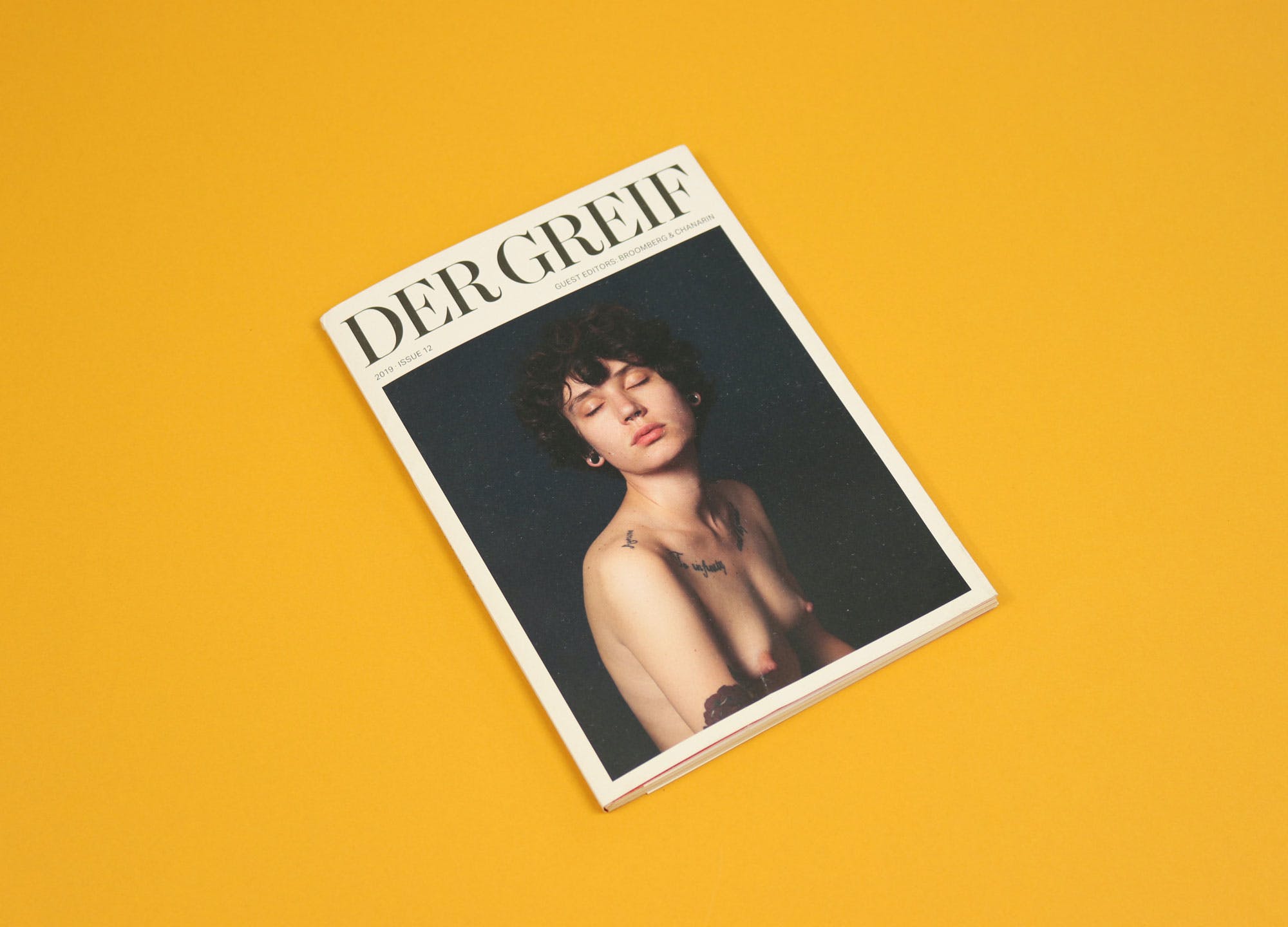 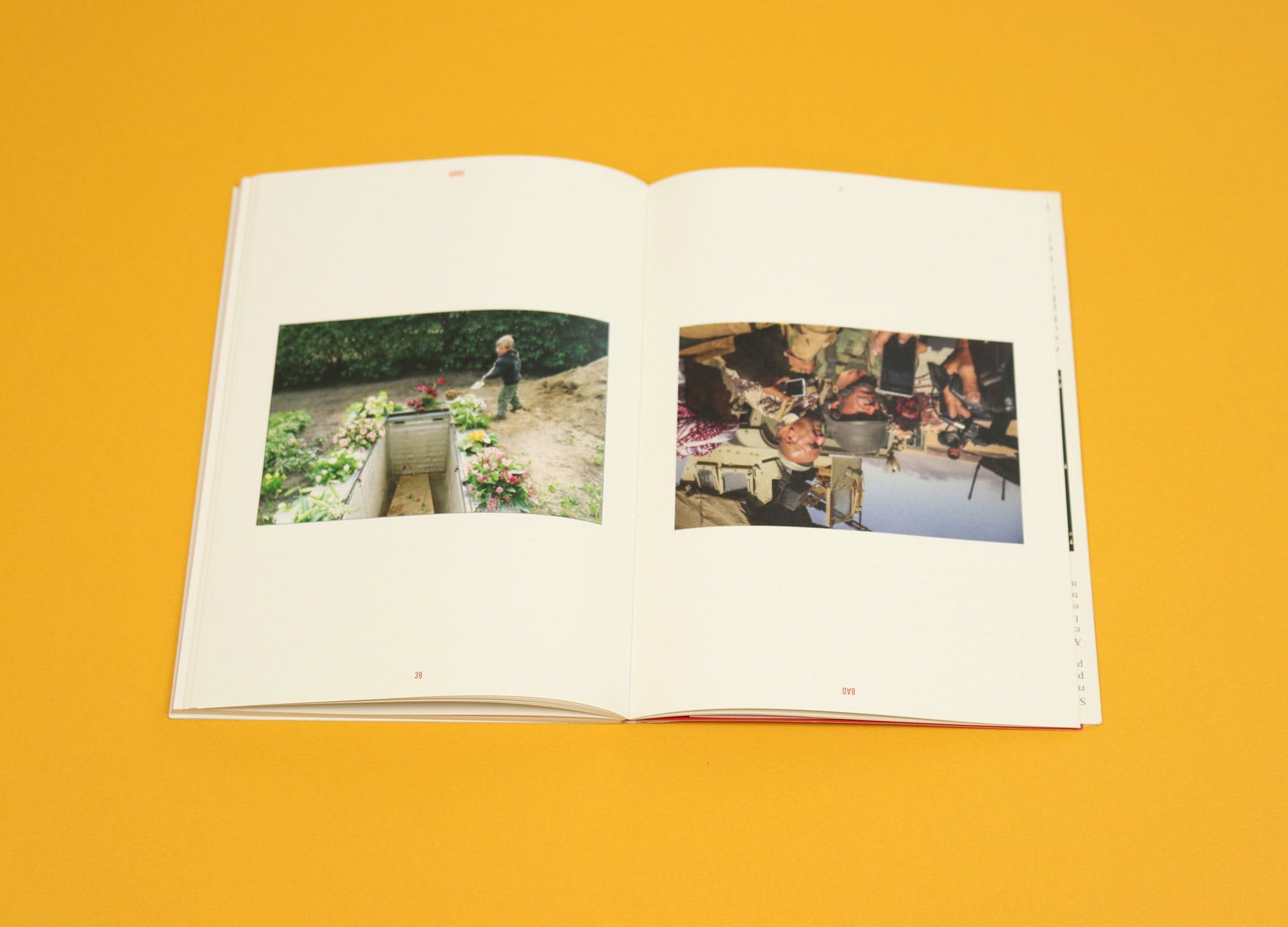 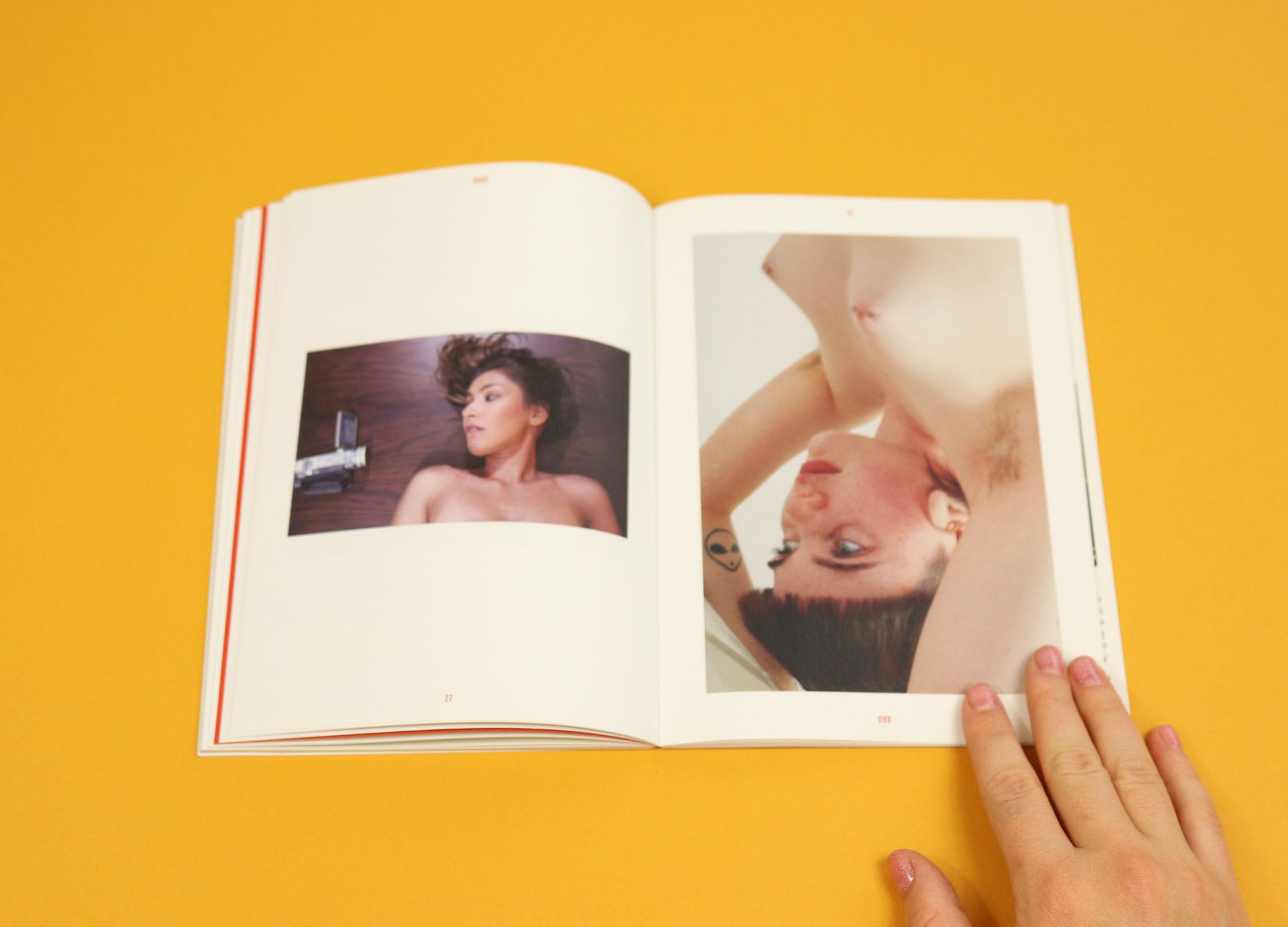 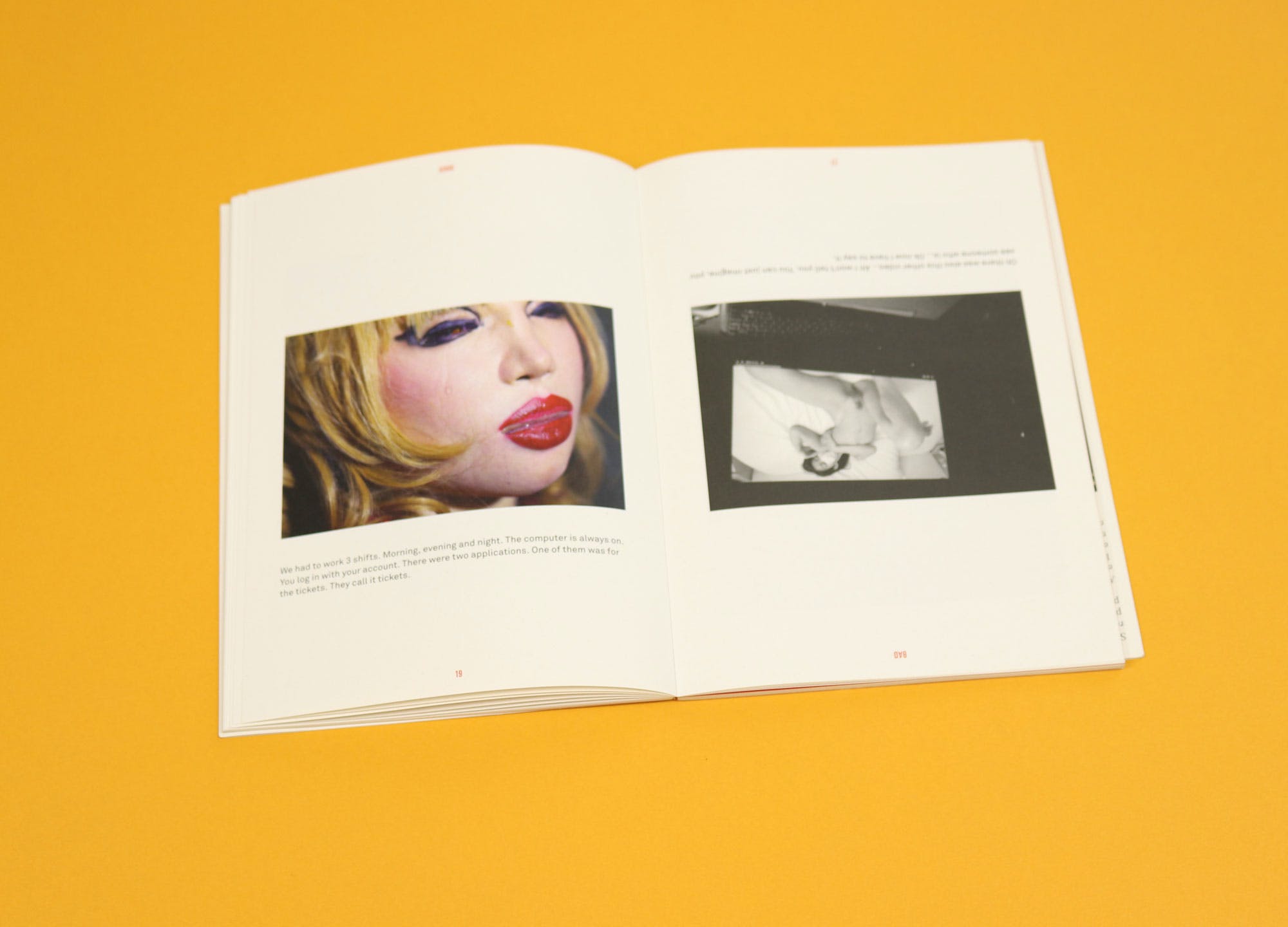 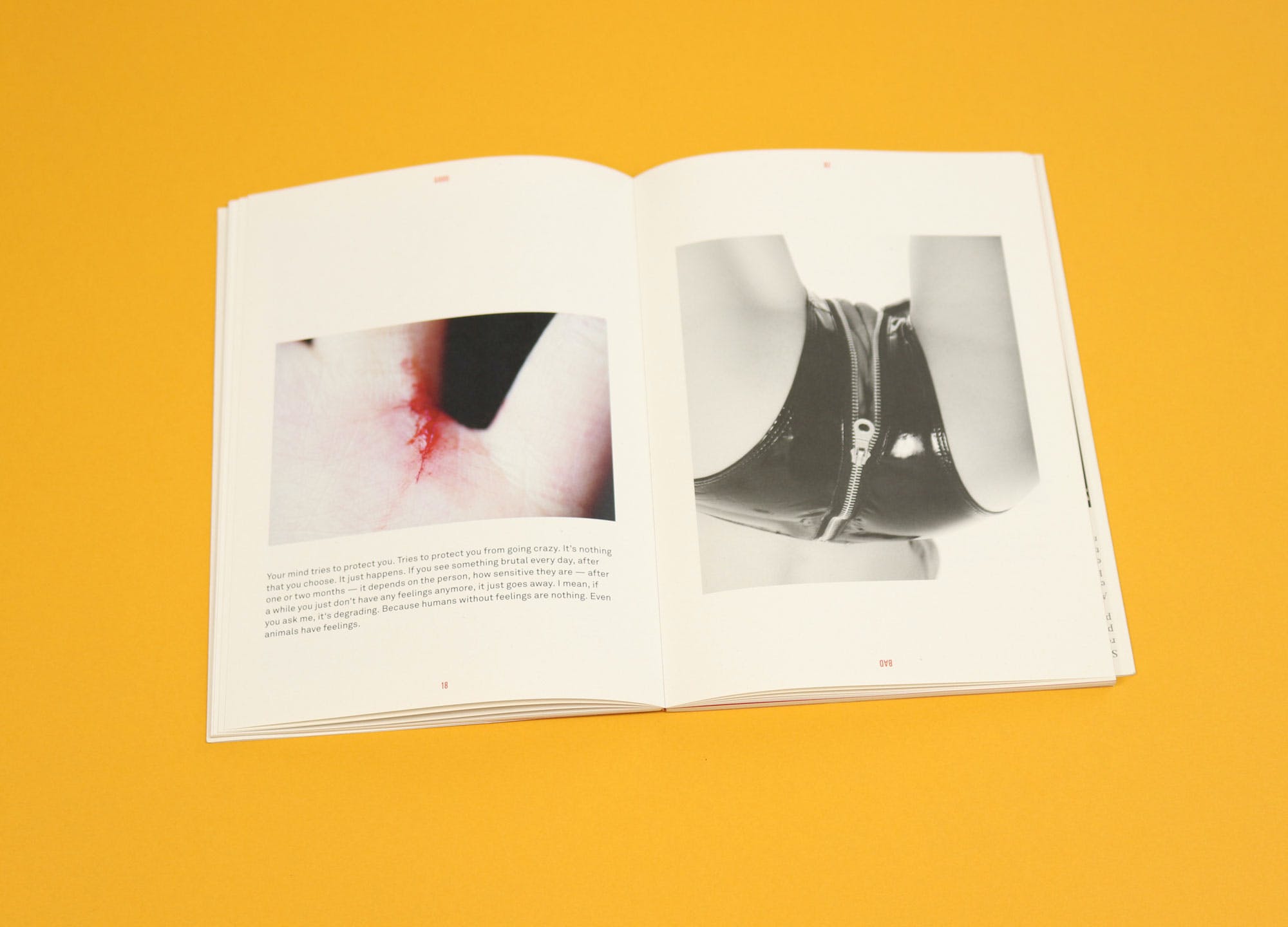