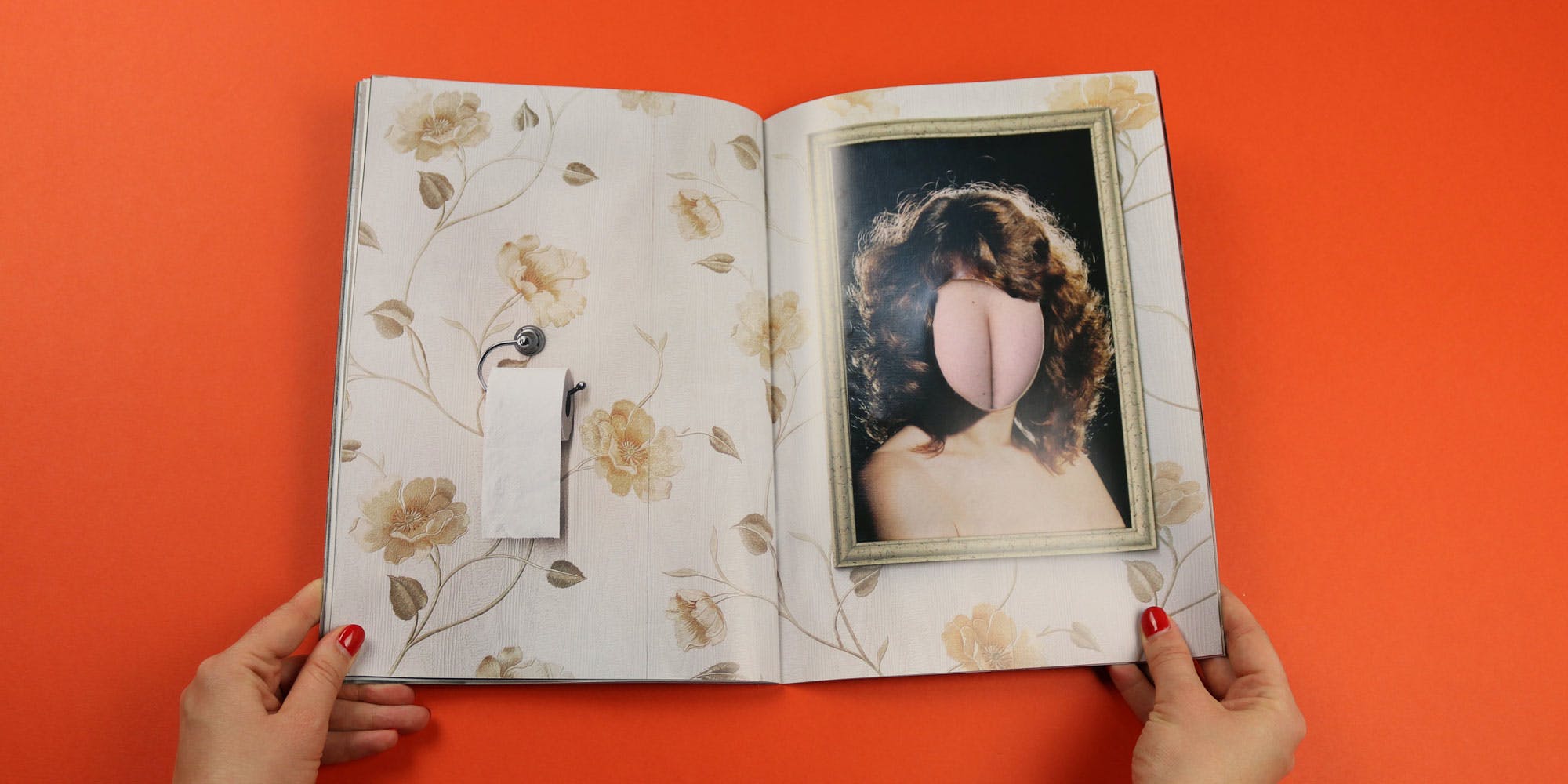 Ordinary Magazine takes one mundane household object at a time — like a sponge, or a cotton bud — and devotes an entire issue to it. One brilliant twist is that every issue actually comes with the object that has inspired it physically stuck to its cover. This time, rather deliciously, it’s an old loo roll. Our Stack office copy comes with its roll entirely finished, but other copies we have seen have a roll with one last little scrap of toilet paper clinging to it — which is both disgusting and strangely arresting. 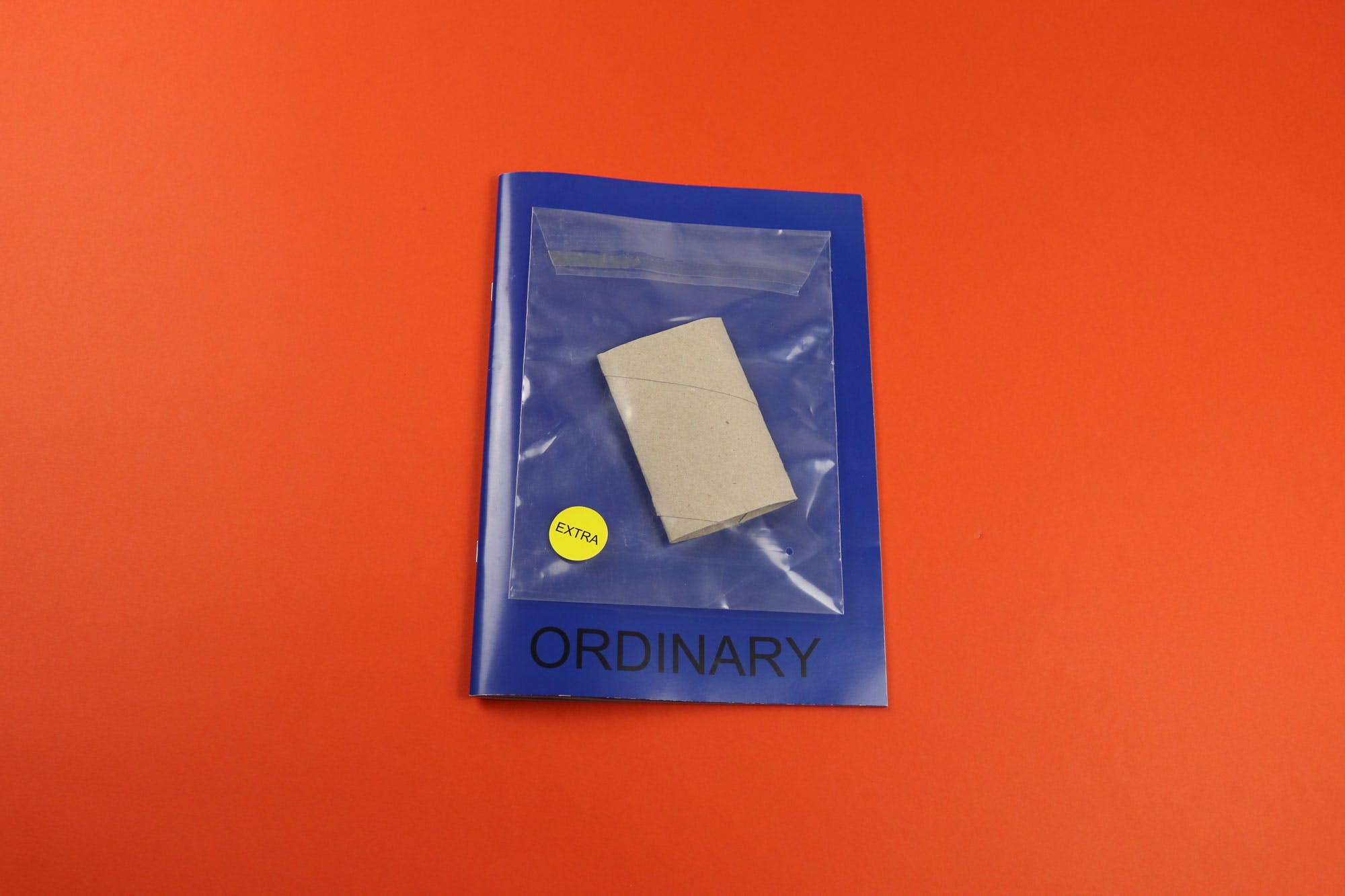 You can read Ordinary as a series of elaborate visual jokes. We have toilet roll reimagined as a paint roller; as papier mache; and as a child’s toy gun. In one spread, a naked, faintly hairy bottom peeks cheekily from a framed portrait. There’s a full roll of toilet paper hanging on the wall next door, like an invitation to wipe.

Many of the images point, obliquely, to all the time we spend sitting on the loo. One spread shows a still life of coffee cups balanced on top of a cistern, making you think of the way we measure out our lives if not in coffee spoons, then in toilet trips. In another, a man lies half naked on his back, unrolling a toilet-roll-length love letter, written — we can only assume — when its author was on the loo. 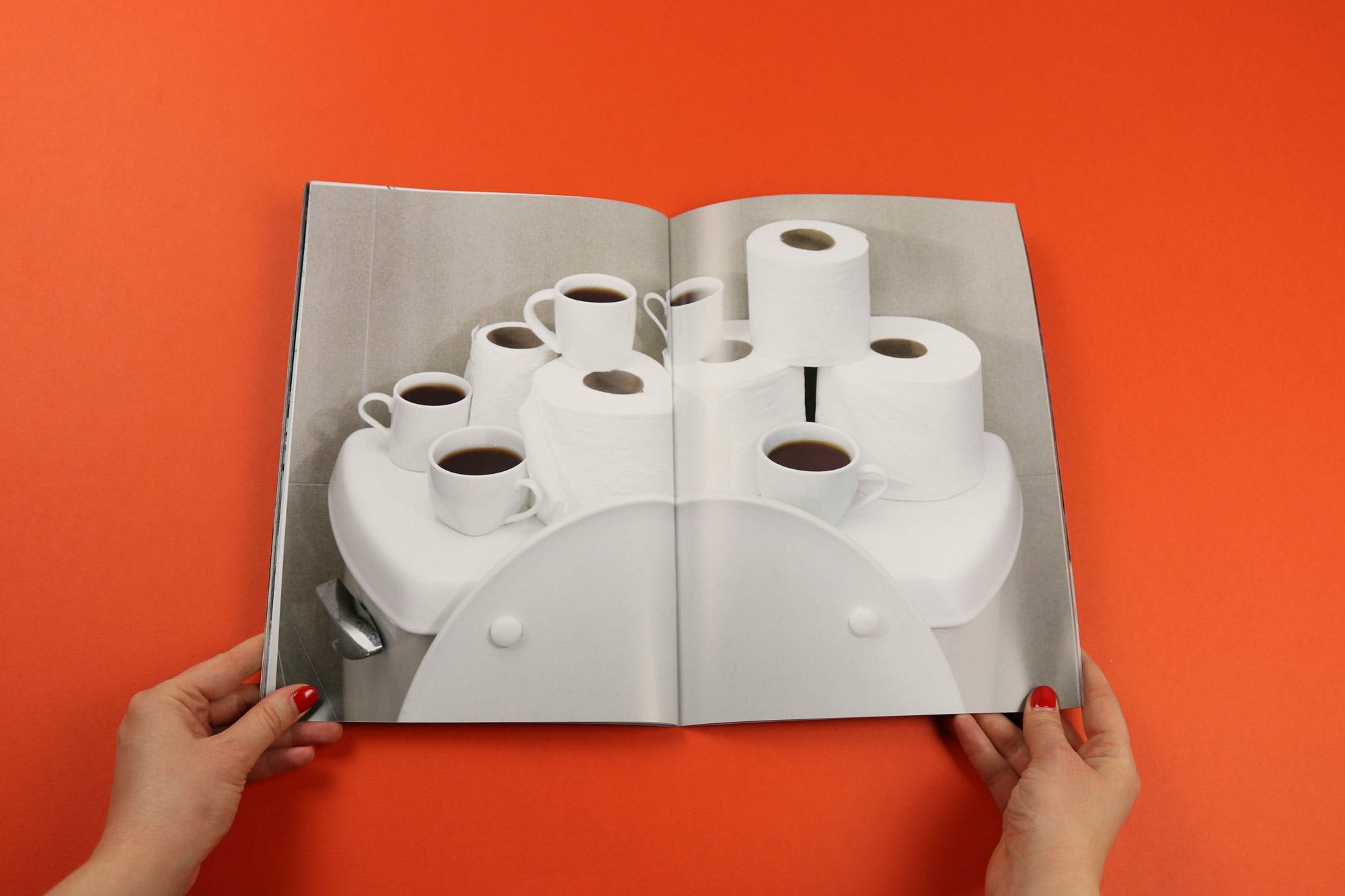 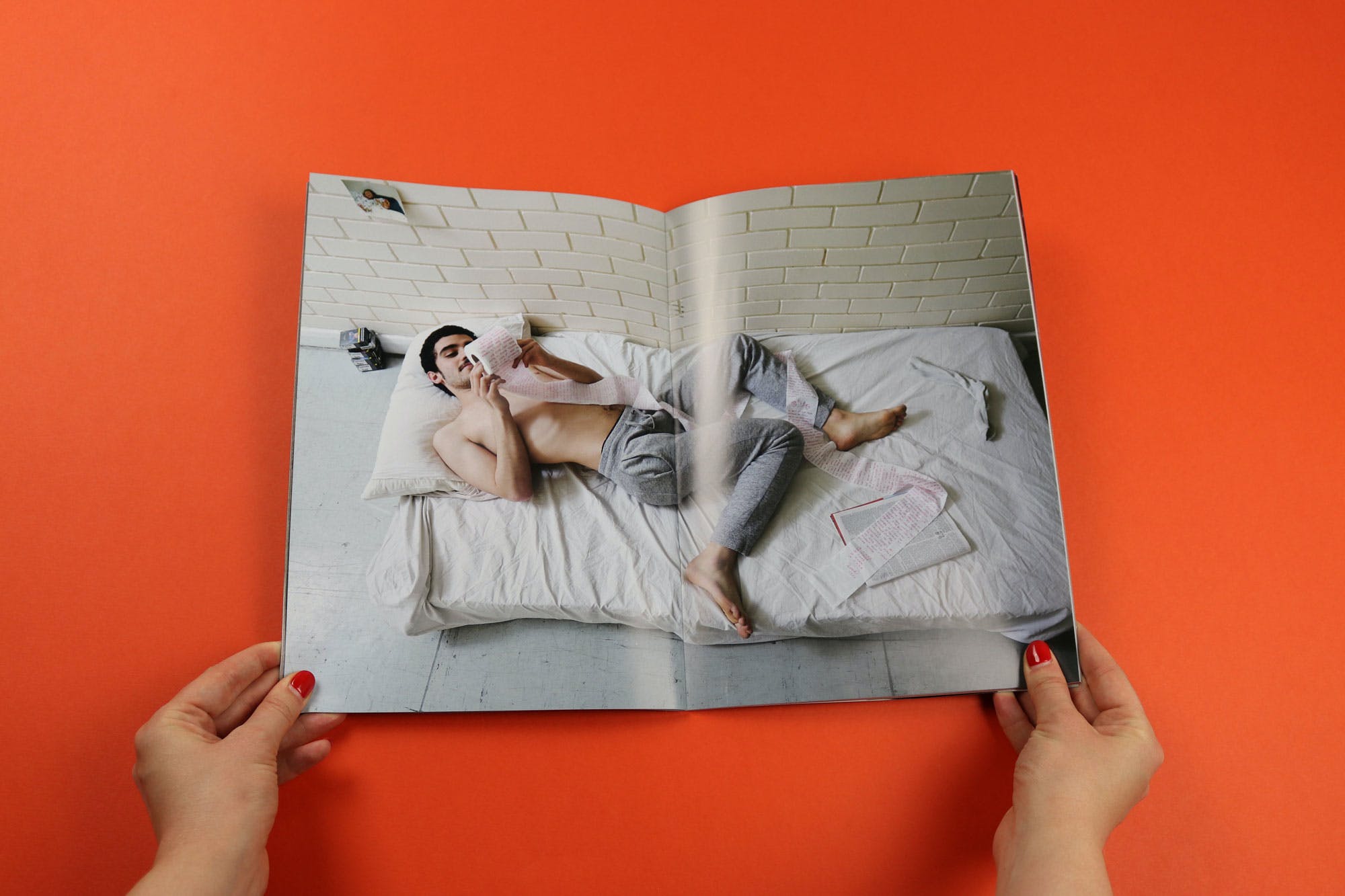 Ordinary Magazine itself never features any writing. That’s a kind of reaction, co-founder Max Siedentopf explains, to the fact that people buy magazines “more for the pretty pictures and nice layouts than actually sitting down and spending the time to read the texts.” The complete absence of words feels particularly marked in this loo paper issue. Toilets are, after all, one of the only sacred places left where we really do have time to read. 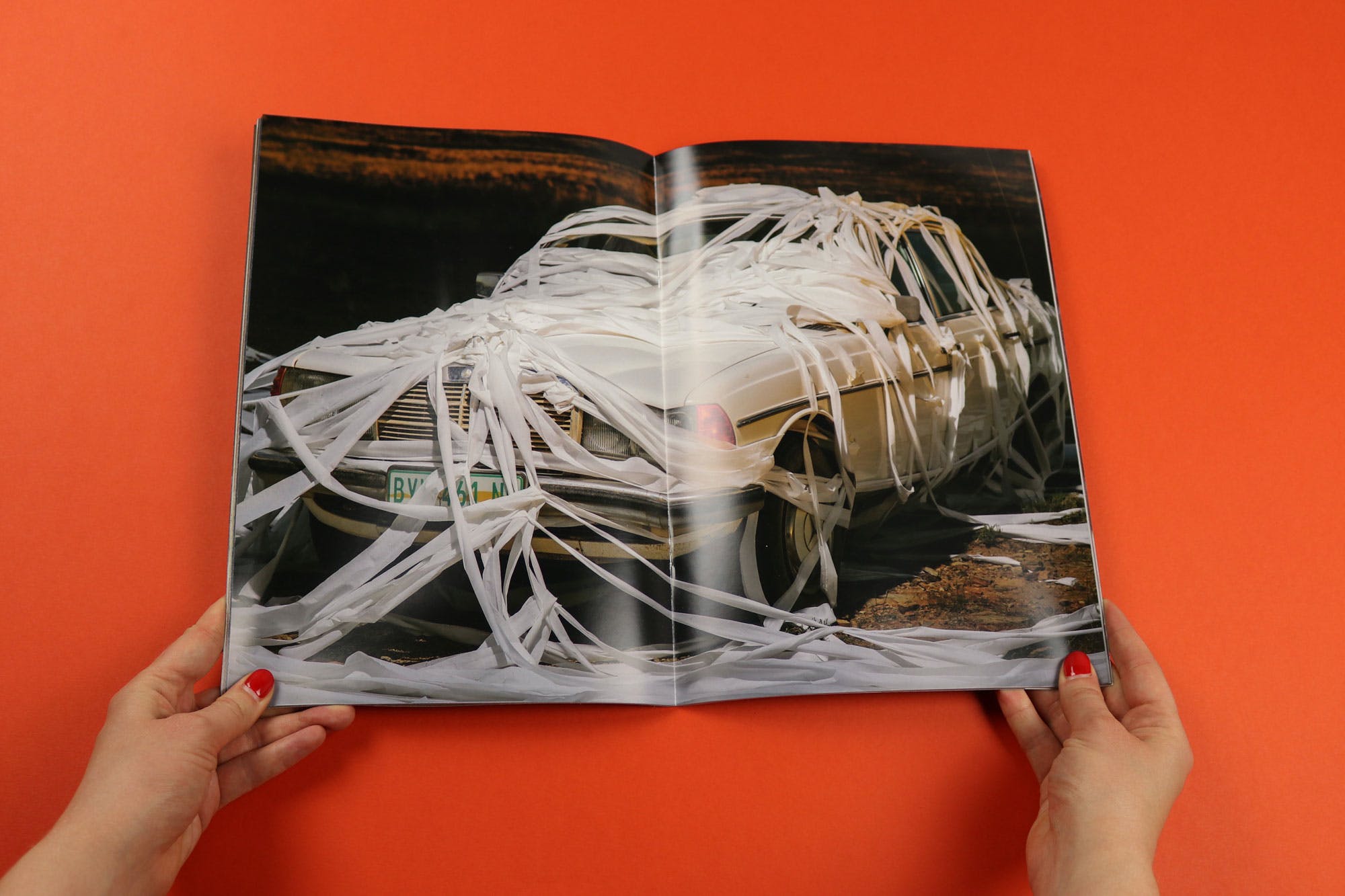 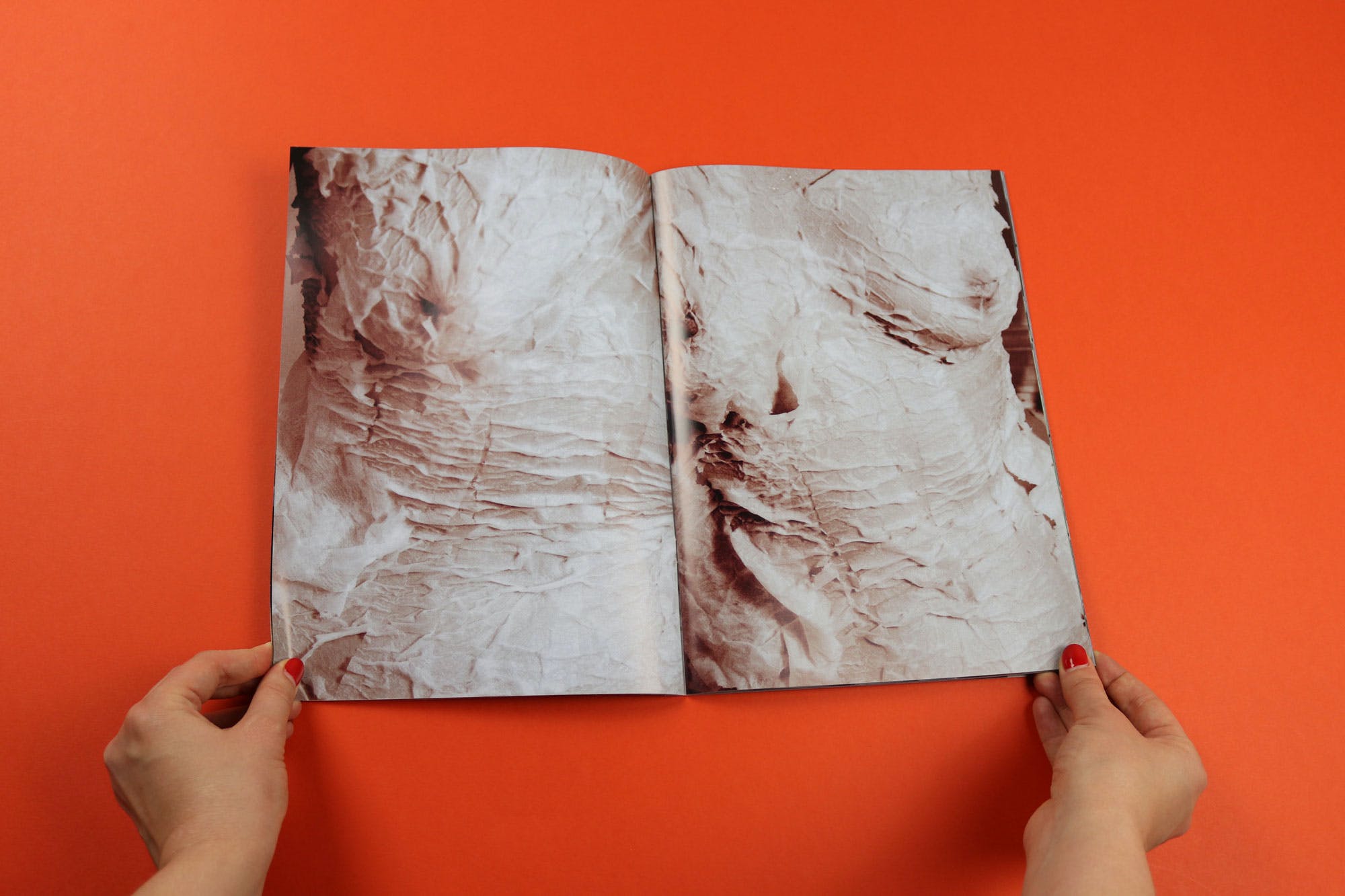 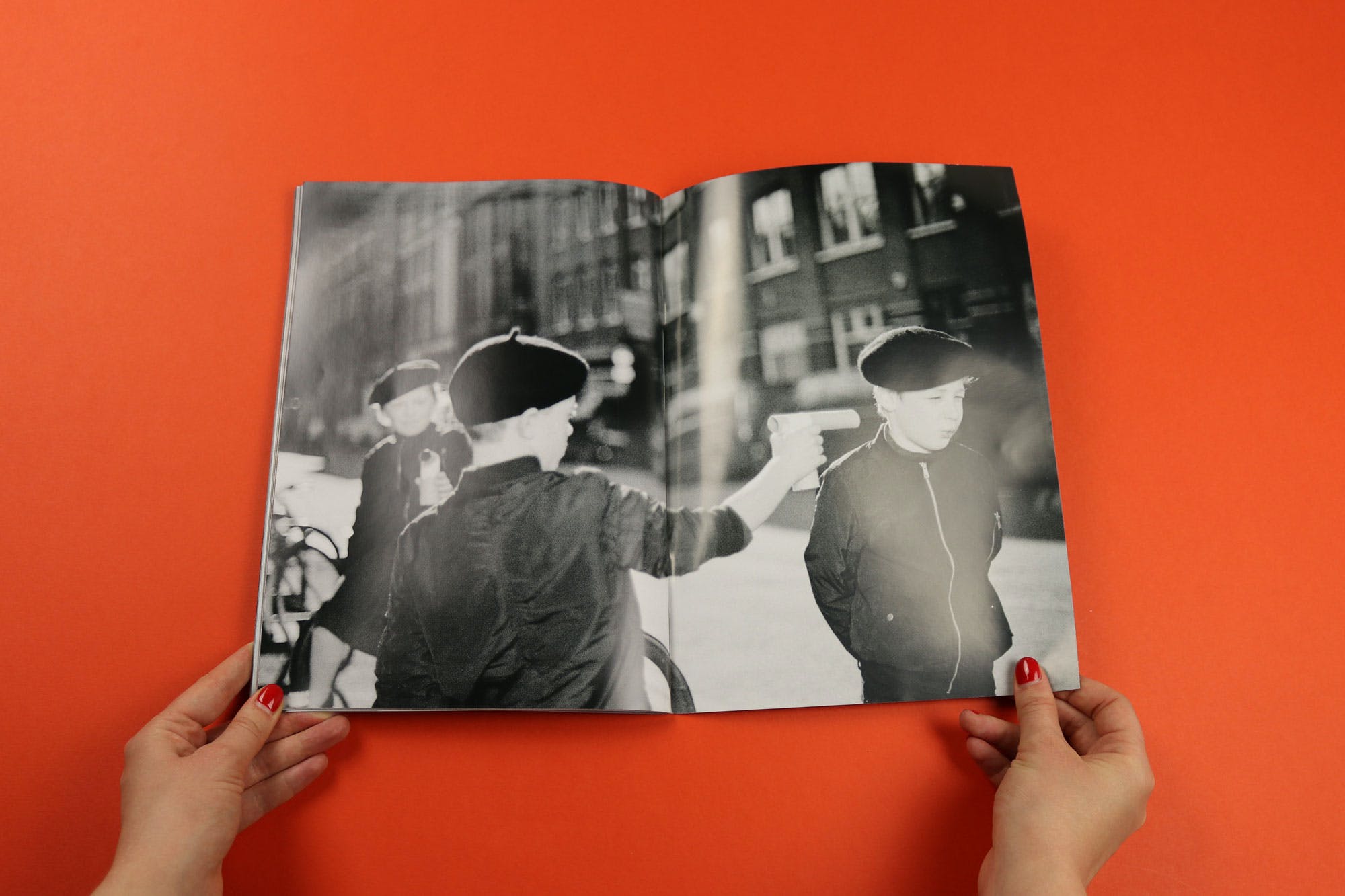