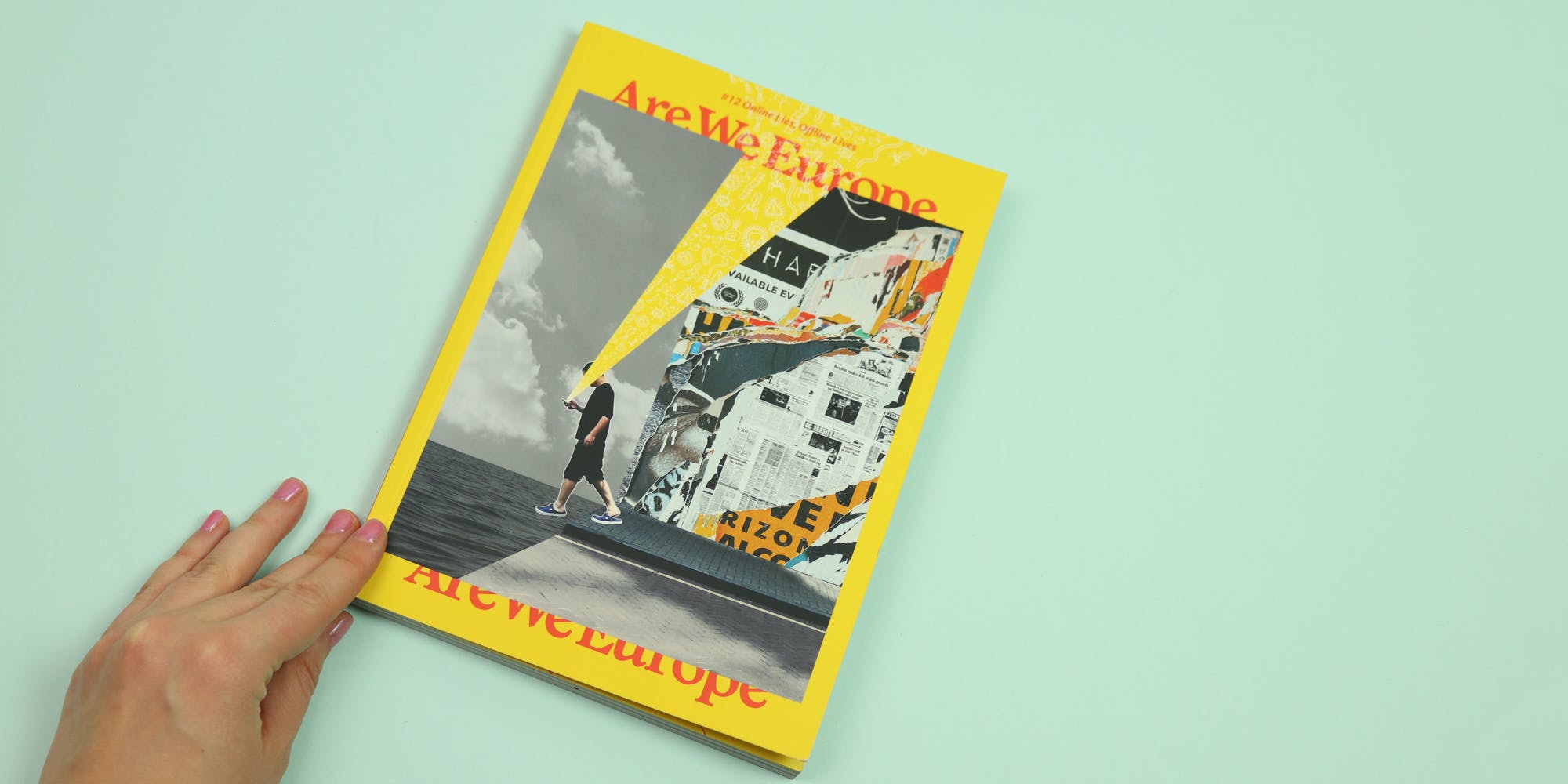 “Diary of a troll hunter”

Are We Europe is an independent magazine dissecting European identity. This issue is about disinformation and online lies. As the editors’ letter acknowledges, potential readers could be forgiven for feeling a little fatigued by the idea of reading about disinformation. From Trump’s repeated lies during his presidency, to Russian interference in elections, political lies have been well documented. What makes Are We Europe worth reading, however, is that its focus is on more personal kinds of deception. In one essay, entitled ‘Tall, Dark and Conspiratorial’, Adenike Fapohunda writes — brilliantly, and with humour — about falling in love with a conspiracy theorist:

“As any liberal, twenty-something, very-online person will tell you — there’s something a little bit off about a man who is an avid follower of Jordan Peterson. I was, however, blinded by adoration.”

In another excellent piece, ‘Diary of a Troll Hunter’, Oleksandr Derevyanchenko shares the story of how he was integrated into a group of troll hunters in Ukraine who were committed to fighting Russian disinformation. In a series of entries, Derevyanchenko lays out how the group used unorthodox methods — including malicious software – to uncover Russia’s involvement in a hybrid war against Ukraine. It’s a gripping story, brilliantly told; and it makes for particularly important reading now, as fears of an invasion of Ukraine ordered by Moscow continue to grow.

Below, we’ve photographed our favourite spreads in the issue. 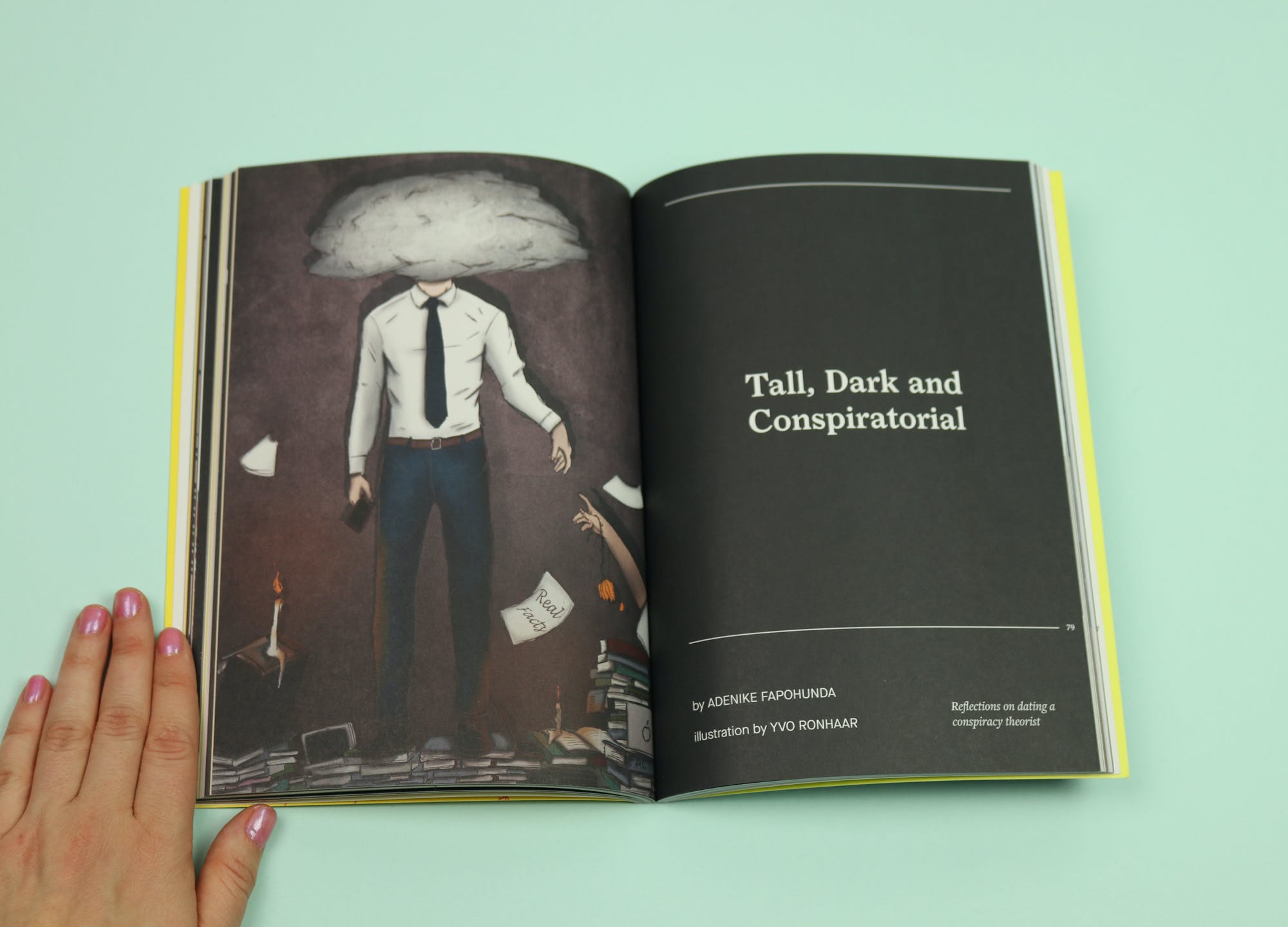 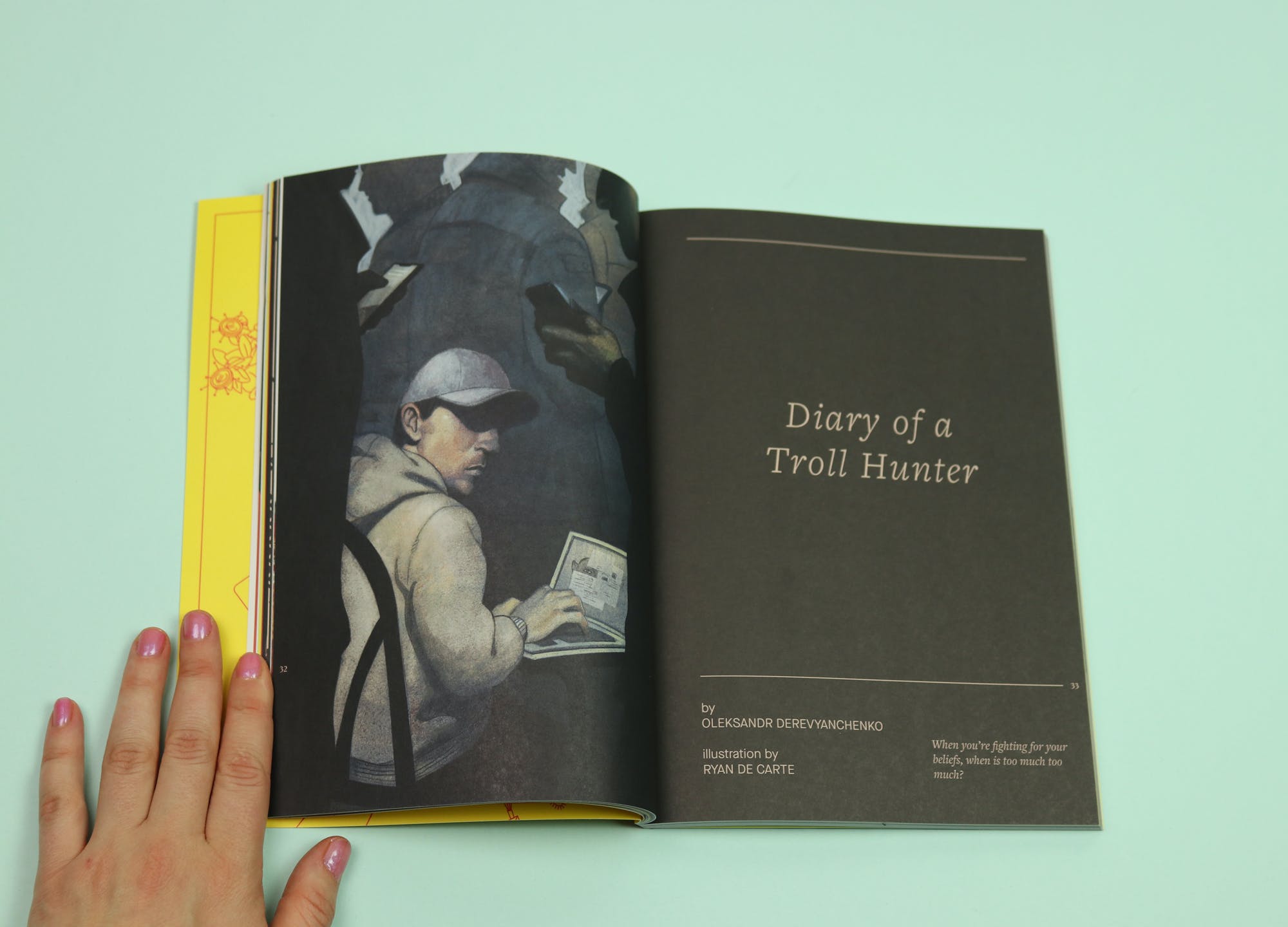 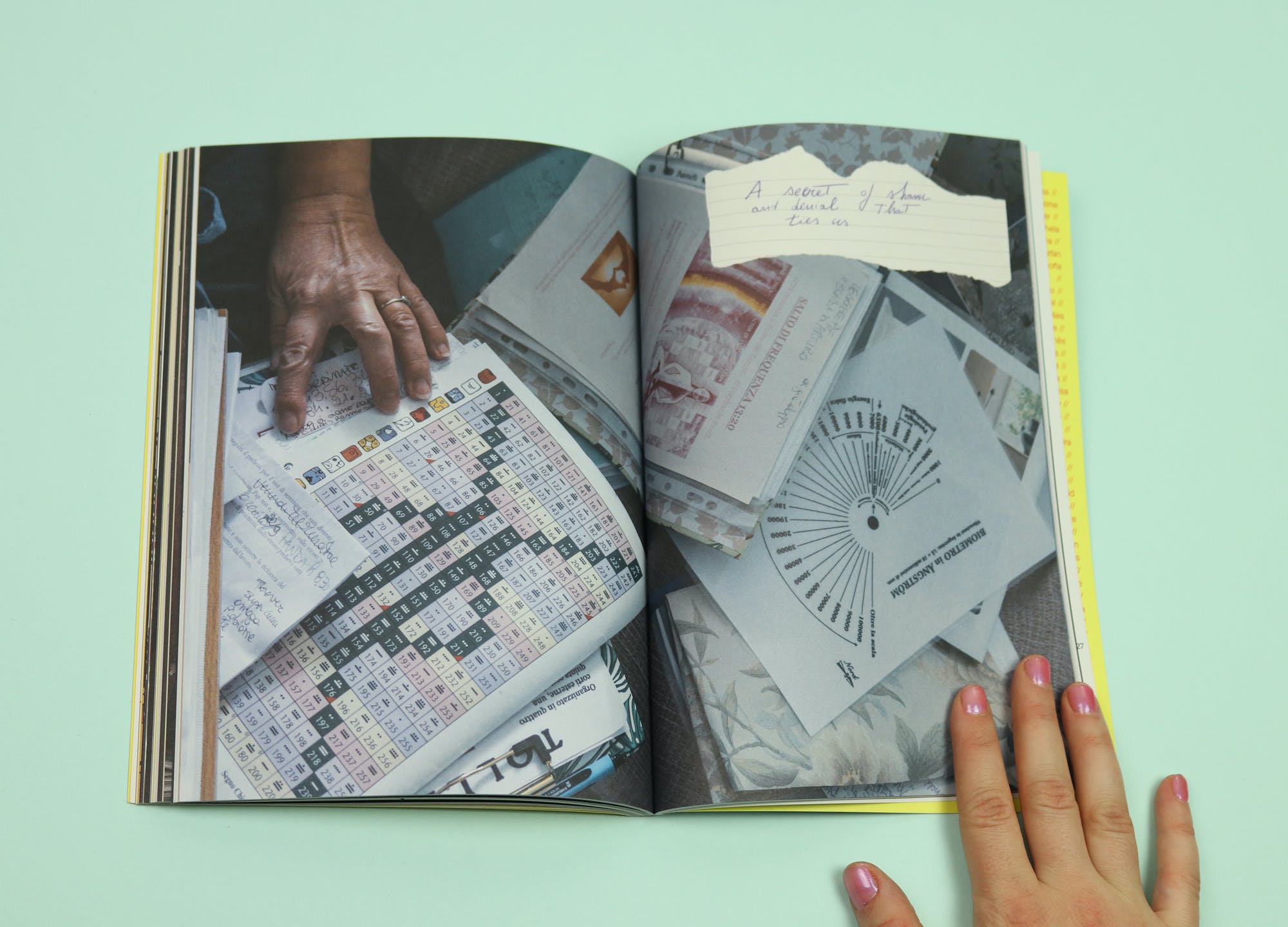 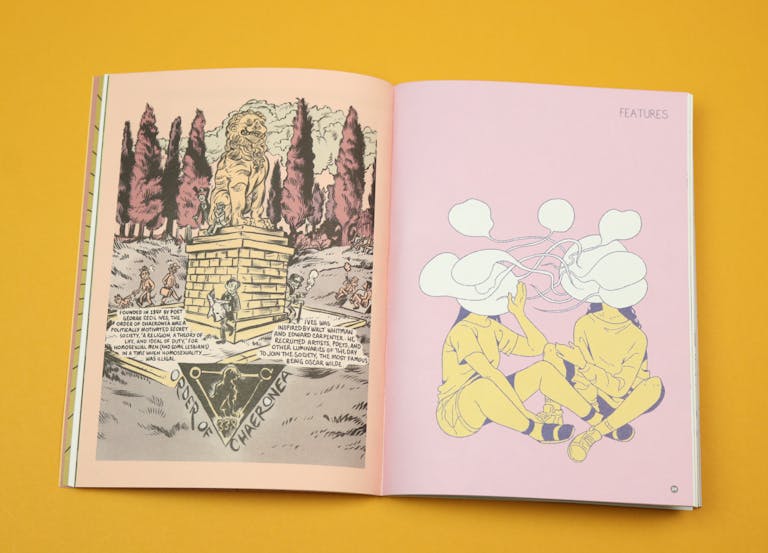 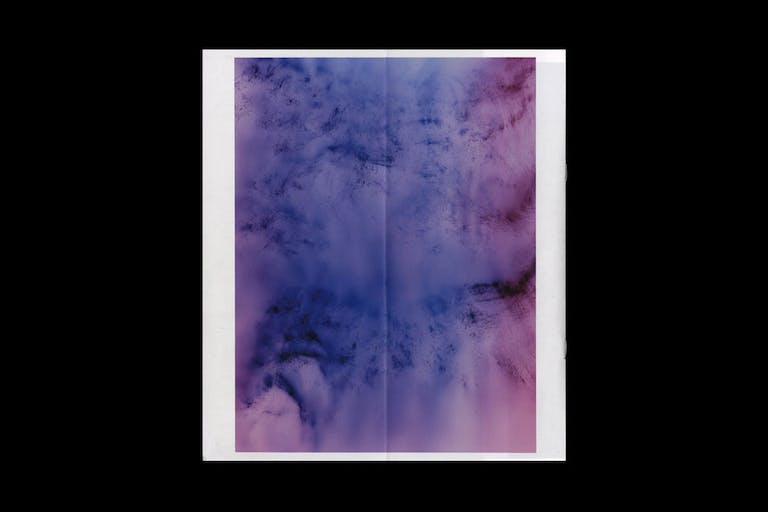 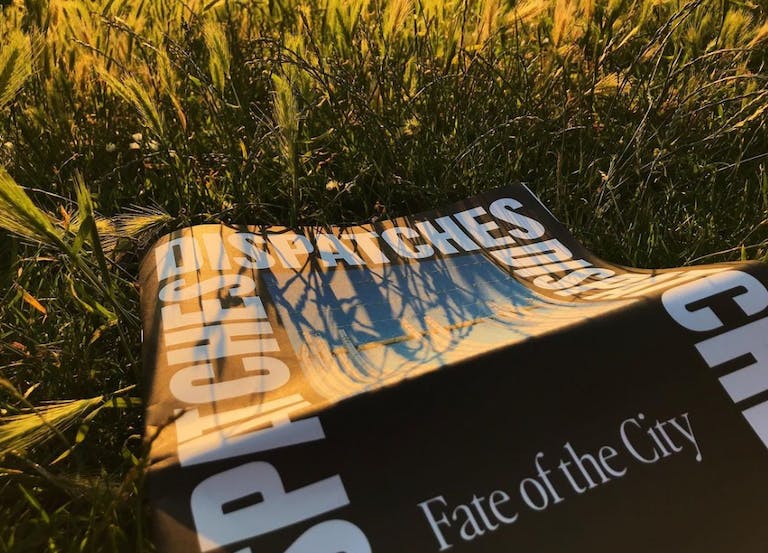