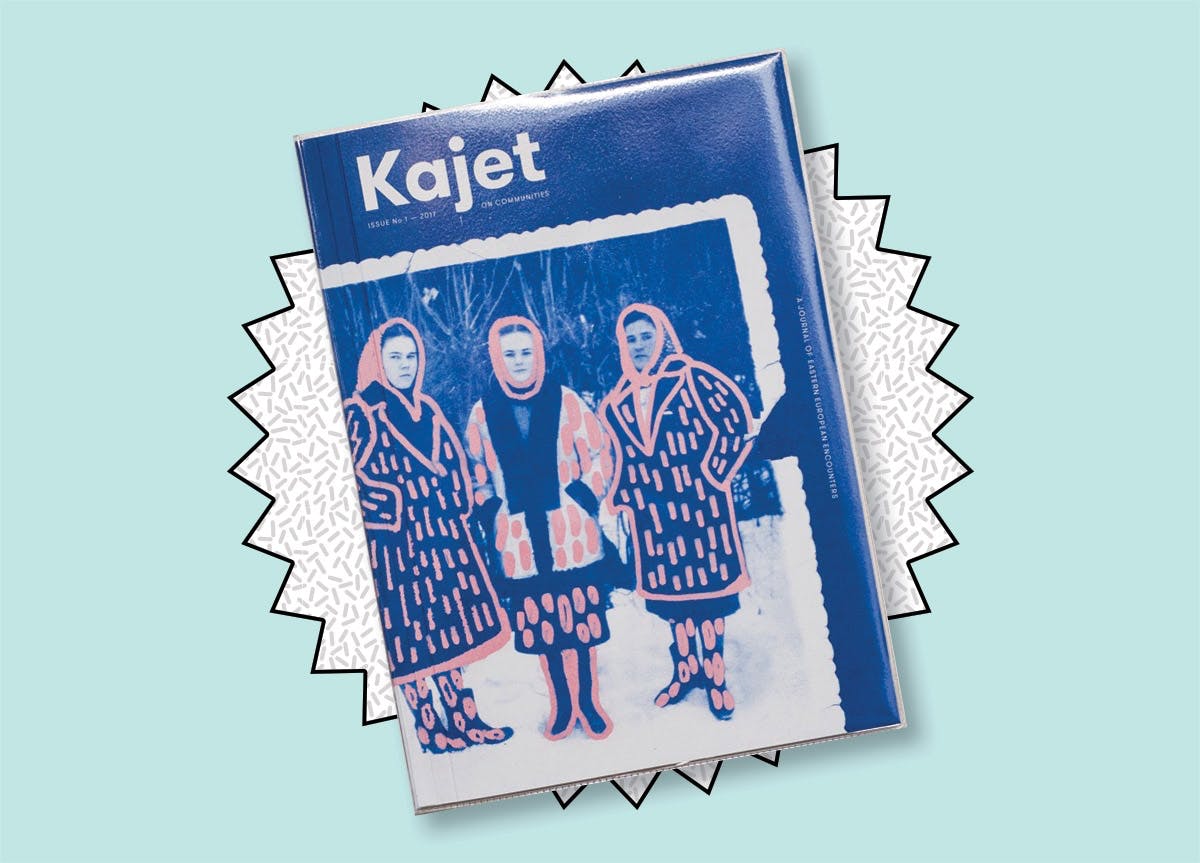 Frustrated by western dominance of the independent magazine world, Bucharest natives Petricā Mogos and Laura Naum decided that “Eastern Europe deserves a means of expression,” so they created the beautifully bookish Kajet Journal.

Taking its name from the easternised version of the French ‘cahier’, meaning notebook, it aims to present an archive of underrepresented voices from their home region. Issue one features local writers, as well as expatriates around the world, considering politics, identity and culture from an Eastern European perspective.

If you’d like to see more, head over to Kajet’s Sampler page to order a copy for free shipping and 10% off.

— How was Eastern Europe created as a product of Western thought?
— The use of tattoos as a weapon of resistance by Aromanian women
— The emergence of a Romanian working class hero through punk music
— Strangely beautiful photographs of abandoned buildings, left to rot behind the former Iron Curtain
— How an amateur film collective from Zagreb creates in the face of consumer capitalism
— And infatuation, queerness and uncompromising love in Eastern Europe

Sampler is the place to stay updated with new magazines, and order them for 10% off and free shipping to the US, UK, and Europe, plus subsidised shipping everywhere else. But we only have limited copies available, so don’t sleep on this!