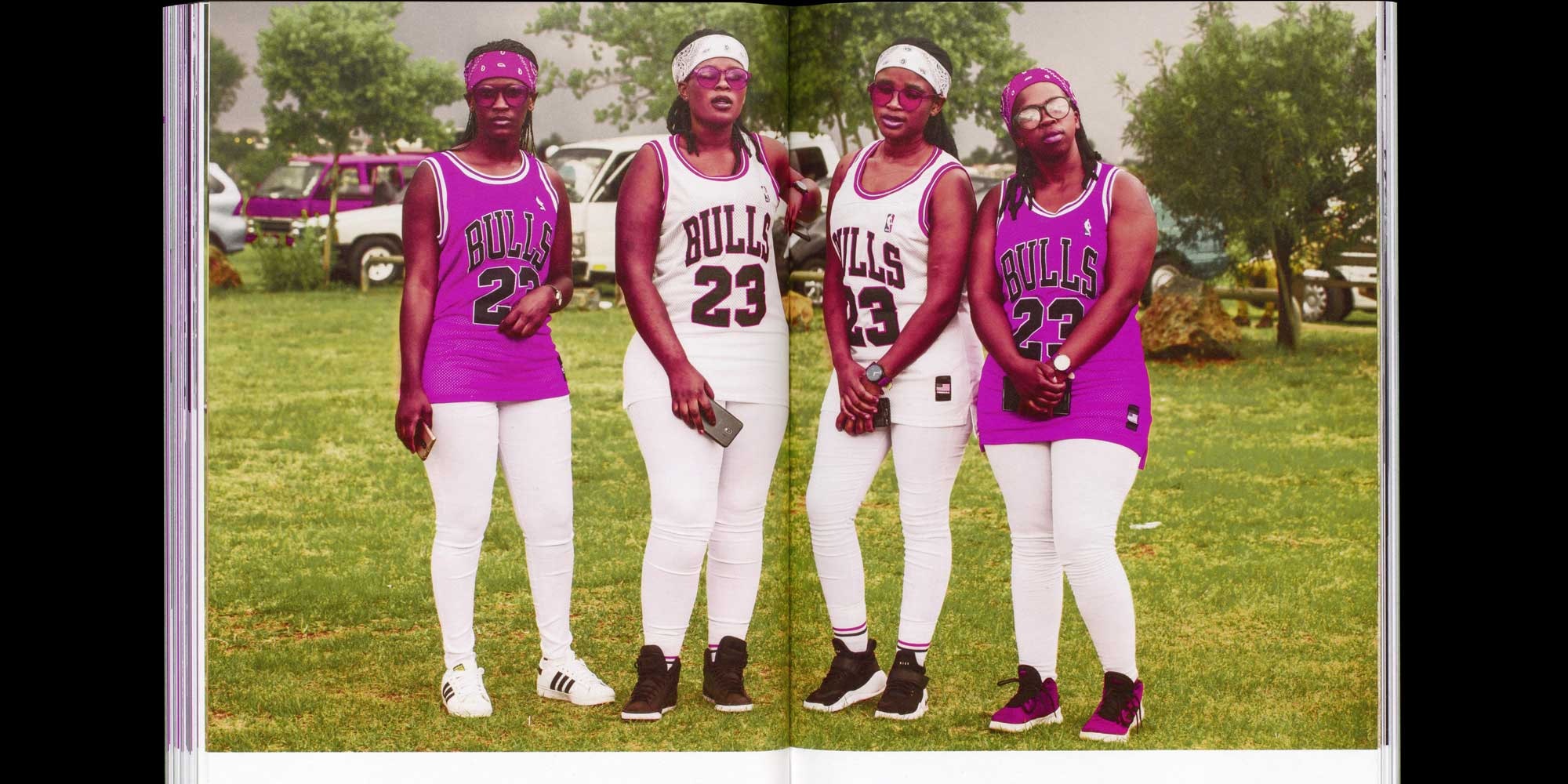 Started in 2015 to counter the dominant narrative about migration, Migrant Journal tells stories of journeys — taken by people, but also food, and flowers and information — across the world, and through time. These journeys are remarkable for their eclecticism. The very first piece in this sixth issue, for example, is about spam — and the fact that one of the implications of the Korean War was that this salty, processed, shelf-stable meat had become a luxury import in Korea by the 1980s. The essay opens out to consider the significance of the fact that since the large-scale withdrawal of American troops in Iraq, Subways and Burger Kings’ have sprung up around the country. The uncomfortable answer, writes Jesse Connuck, is that violence produces cultural exchange. Mostly long-form, the articles in Migrant Journal are remarkable for their depth, and offer many uncomfortable answers.

This is Migrant Journal’s final edition. It was always intended as a six-part project, but that doesn’t make saying goodbye any easier. One of the richest, most beautiful publications to emerge in recent years, it will be missed.

Editor Justinien Tribillon and art director Christoph Miler talked us through the issue, and explained why all good things must come to an end. 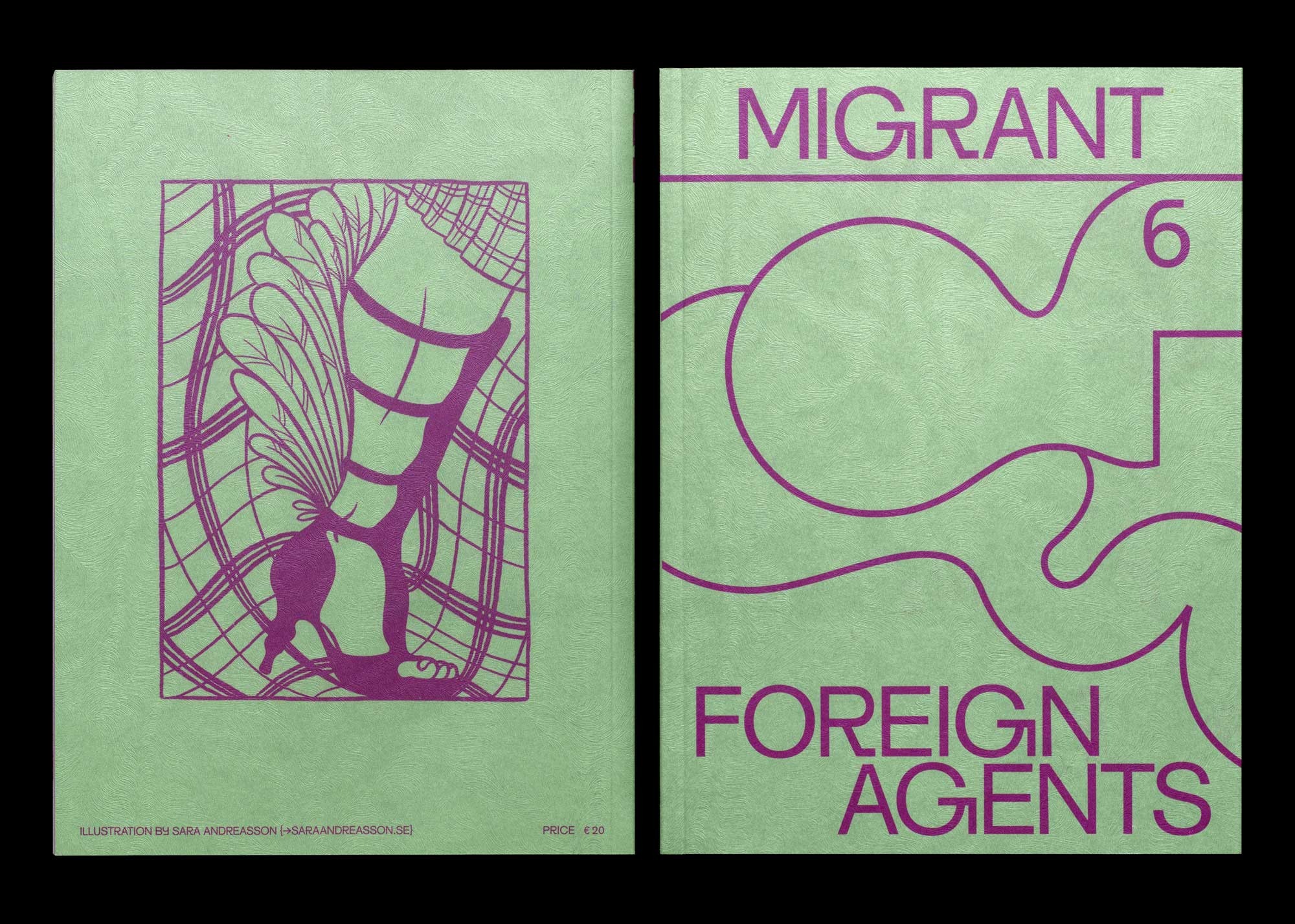 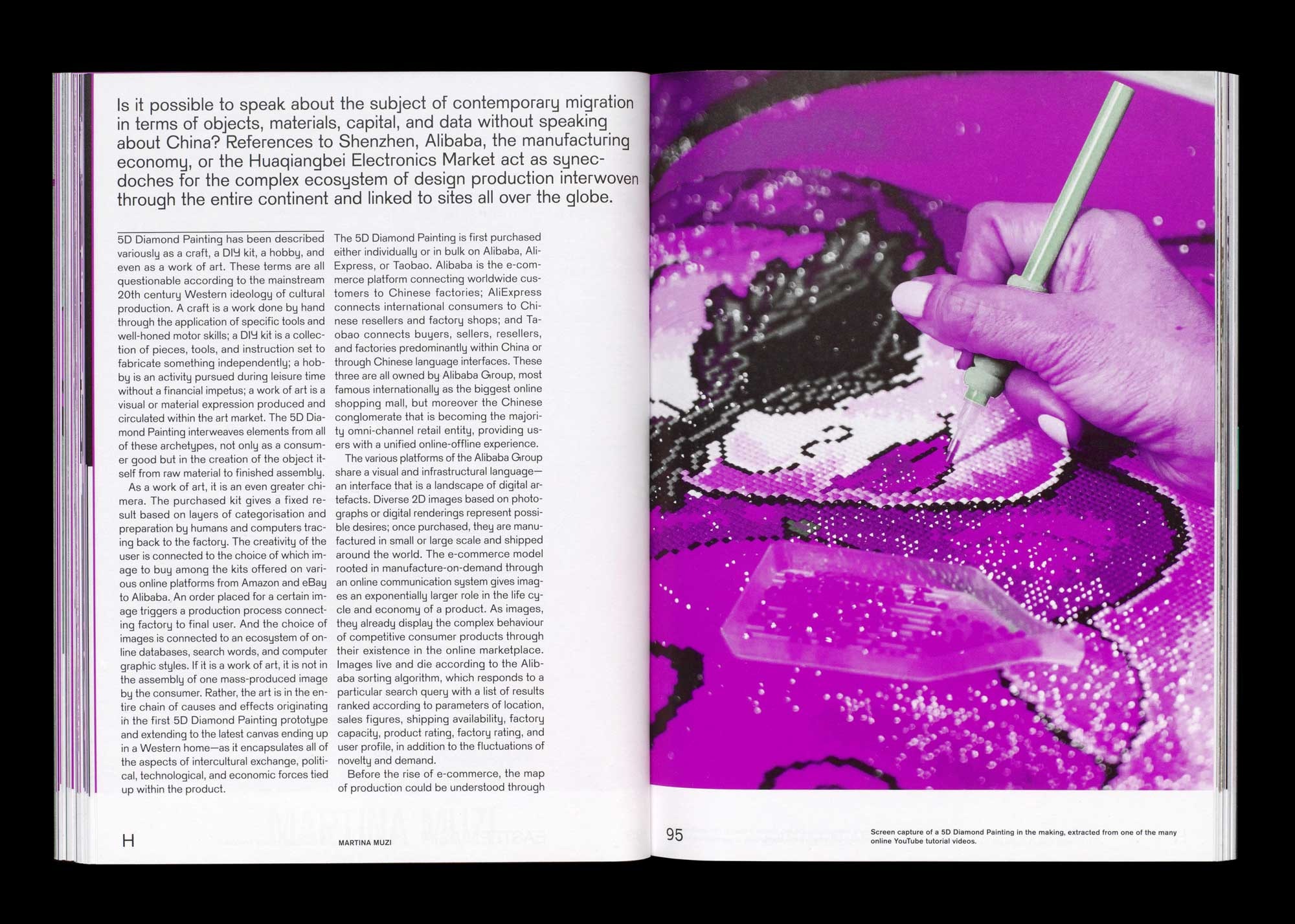 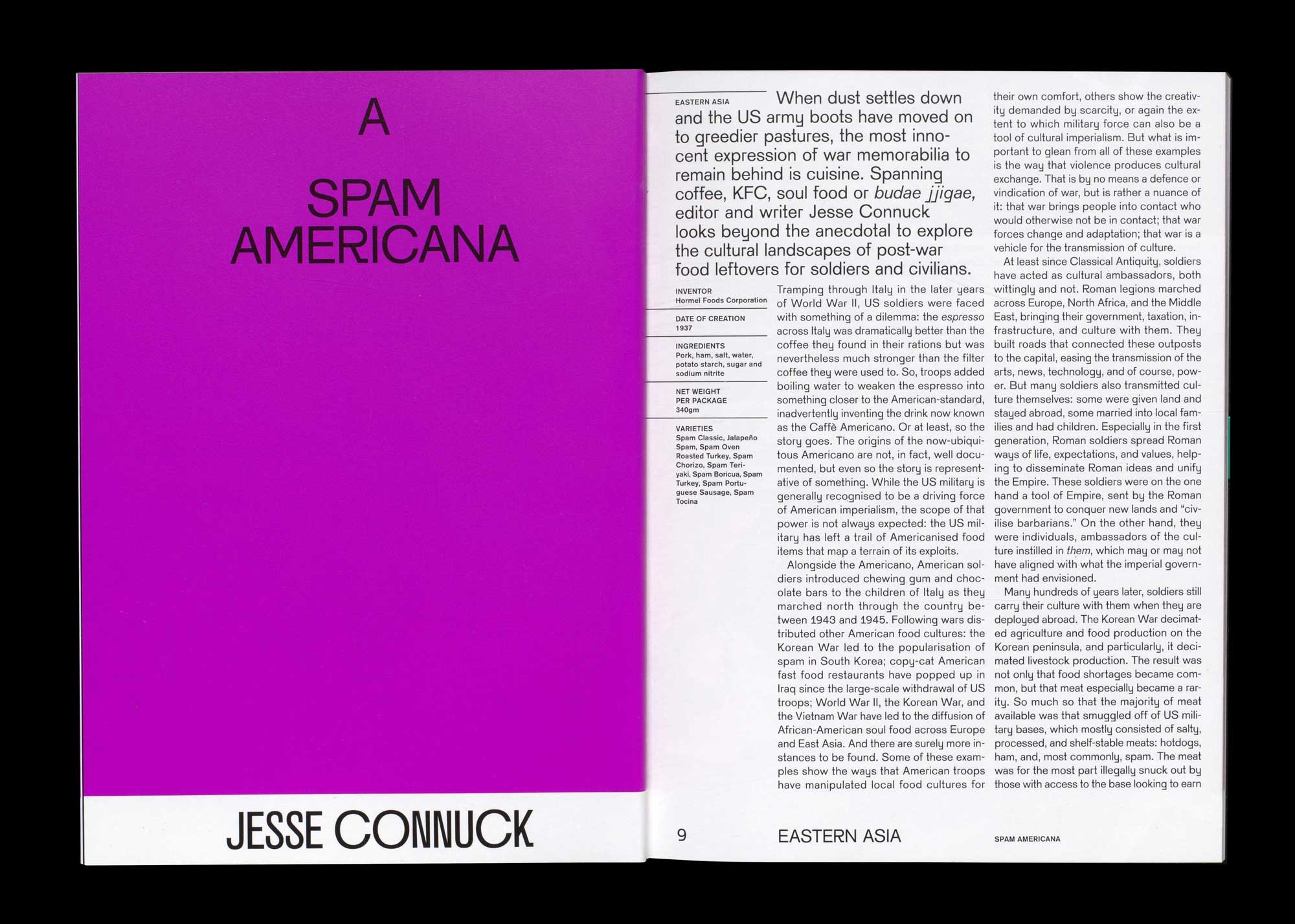 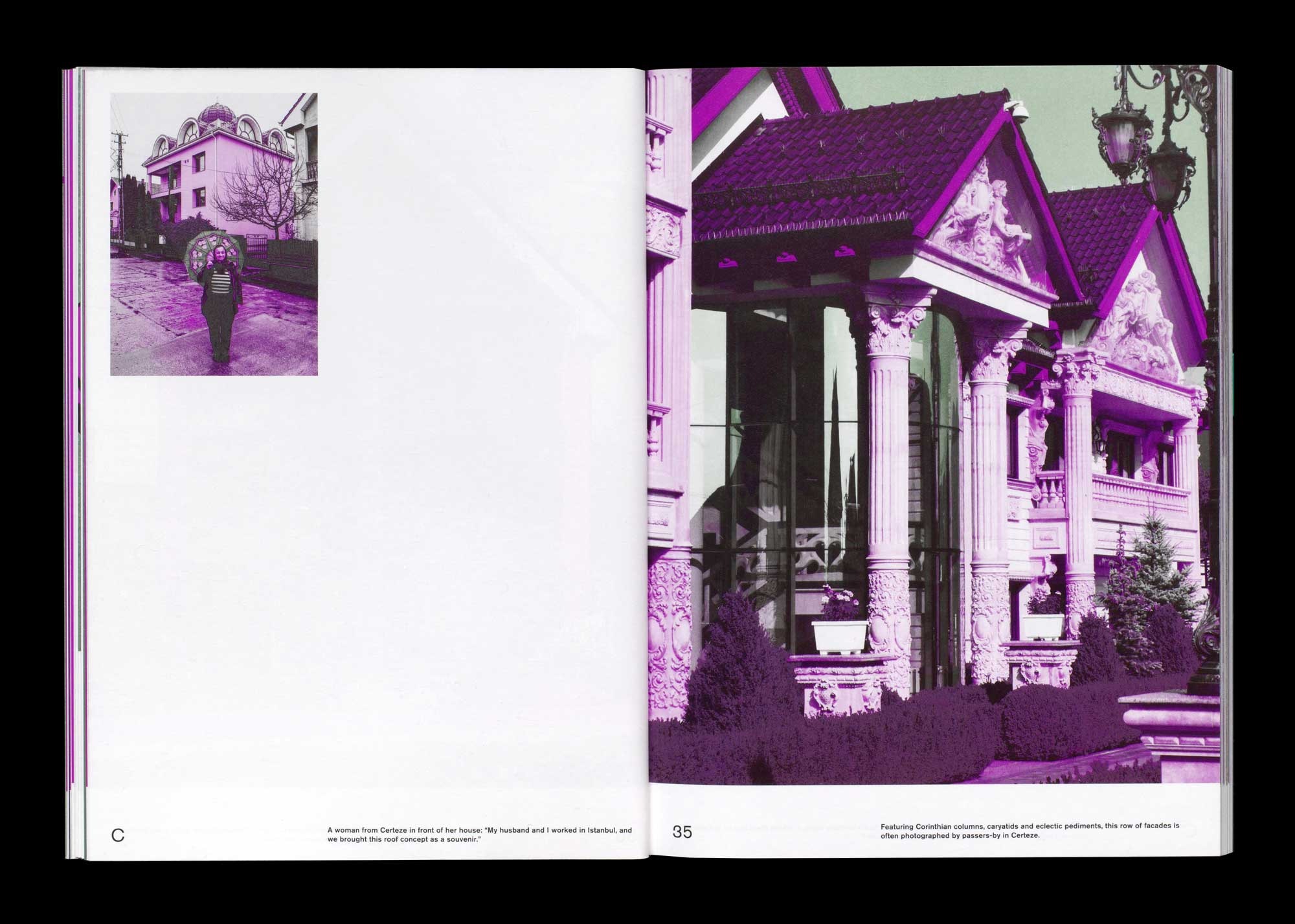 This is a ‘culture’ issue, and the following line really stuck out in the editor’s letter: “The very foundations of culture appear inseparable from the logic of migration.” Can you explain a little bit about that inseparableness?

Culture — in all its meanings — is made of fusions, meetings, sometimes frictions and oppositions. It is simply impossible to build a culture in isolation. It is fascinating to see how this is something people are so quick to ignore and discard. But the way we think, the way we understand space, our emotions, the patterns on our clothes, the music we hear… the list is endless, is made of journeys and migrations — some are great, while others are tragic.

You include three representations of Jerusalem by Dima Srouji, with the archival work coloured by her own recollections. Subjectivity, and the way the imagination creates a place seems to be a theme across the issue. Was that deliberate?

This is pretty much the starting point of Migrant Journal. So while we didn’t plan it that way, for me it makes total sense to see this understanding of space, in relation to imagination and culture, so openly present in our final and most ambitious issue. The work of Palestinian American intellectual Edward Said and his idea of orientalism — quoted several times by different contributors in this issue — is amongst the writings at the core of our project’s philosophy: the relationship between perception, colonialism and imperialism, our shared spatial imaginaires and how to critique them.

The photo feature on Maskandi is wonderful. Can you explain a little bit why you wanted to include that?

When we developed the concept for issue 6, the broad field of musical migration and identity was on our minds from the very beginning. We were interested in how musical fragments are combined, appropriated and copied across borders, and how they help to build notions of the self and community.

We’ve known the photographer Flurina Rothenberger, who is originally from Cote d’Ivoire, for a couple of years (she is one of the makers behind Nice magazine; a great publication, always created in different African cities with the help of local designers and artists). At the time we were beginning the issue she was working on a project about the Maskandi music festival. She explained to us that the development of the Maskandi music is connected strongly to the historic and contemporary migration of South African workers, and showed us in her images how it is expressed on another level through a very interesting appropriation of fashion elements from all around the world. We loved the project right away.

Even the most xenophobic English asshole will enjoy a curry ... (And I could say the same of racist French assholes enjoying couscous.)

The story about Polish fusion carp (with a recipe included!) is great. Food is significant to Migrant Journal of course. Can you tell us a little bit about why?

Food is such an essential part migration. And what’s best, it’s rarely a contentious issue. Even the most xenophobic English asshole will enjoy a curry — a dish with a very complicated story in its own right — without complaining. (And I could say the same of racist French assholes enjoying couscous.) We thought about dedicating an entire issue to food — but also felt it wouldn’t be broad enough. But after watching David Chang’s Ugly Delicious on Netflix, a TV show that is for me all about migration, I felt we could have dedicated Migrant Journal to food only. Next project maybe?

This is the final issue of Migrant Journal (!) Why?

Because every good thing has to end! And in our case we had planned it that way. I think we’re all ready for a tonne of new projects, some directly stemming from Migrant Journal. Publishing a magazine like this every six months is a huge operation. But we’re not terminating the project here: we are working on a series of events, festivals and exhibitions that will take place in the coming months… so watch this space! 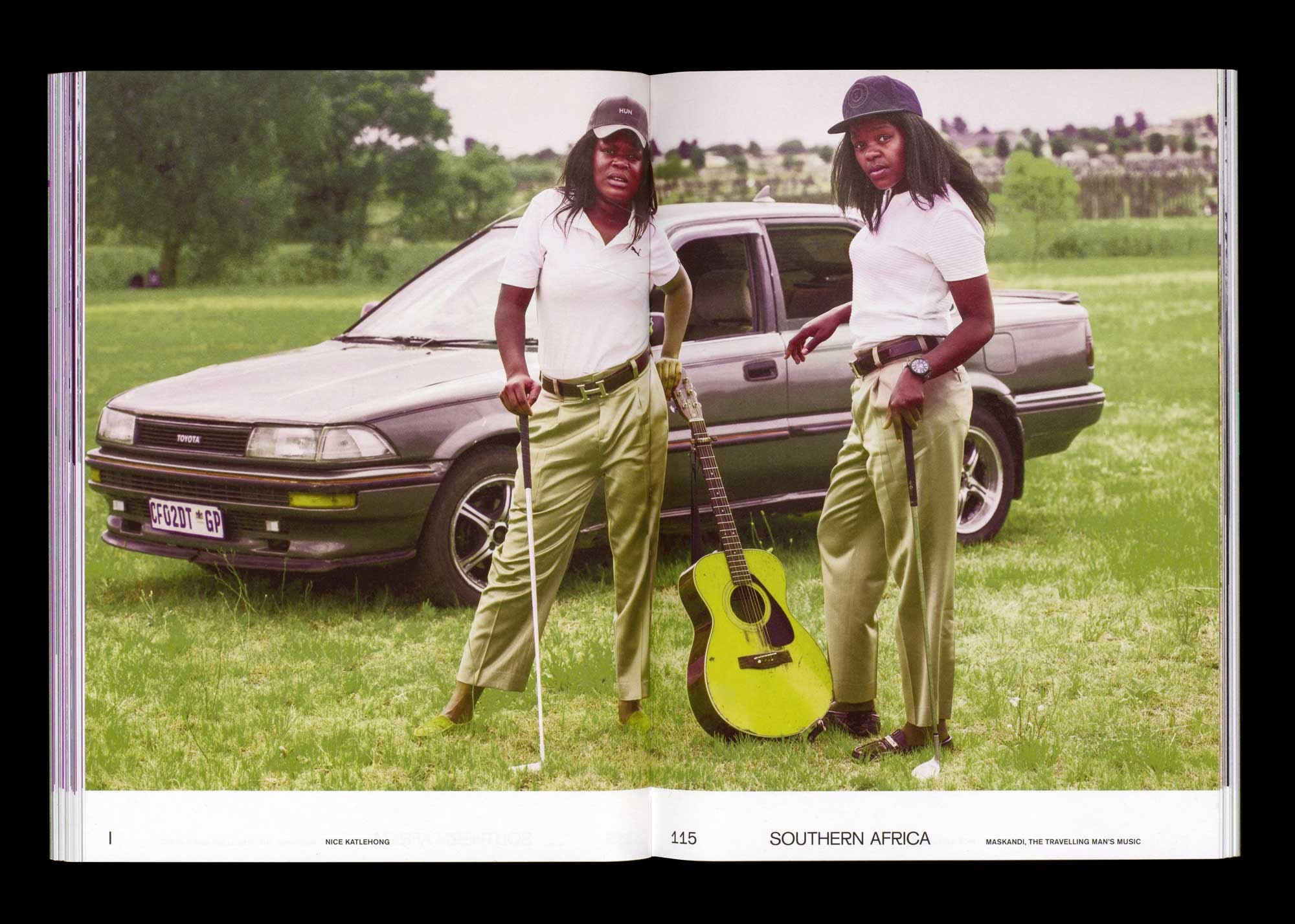 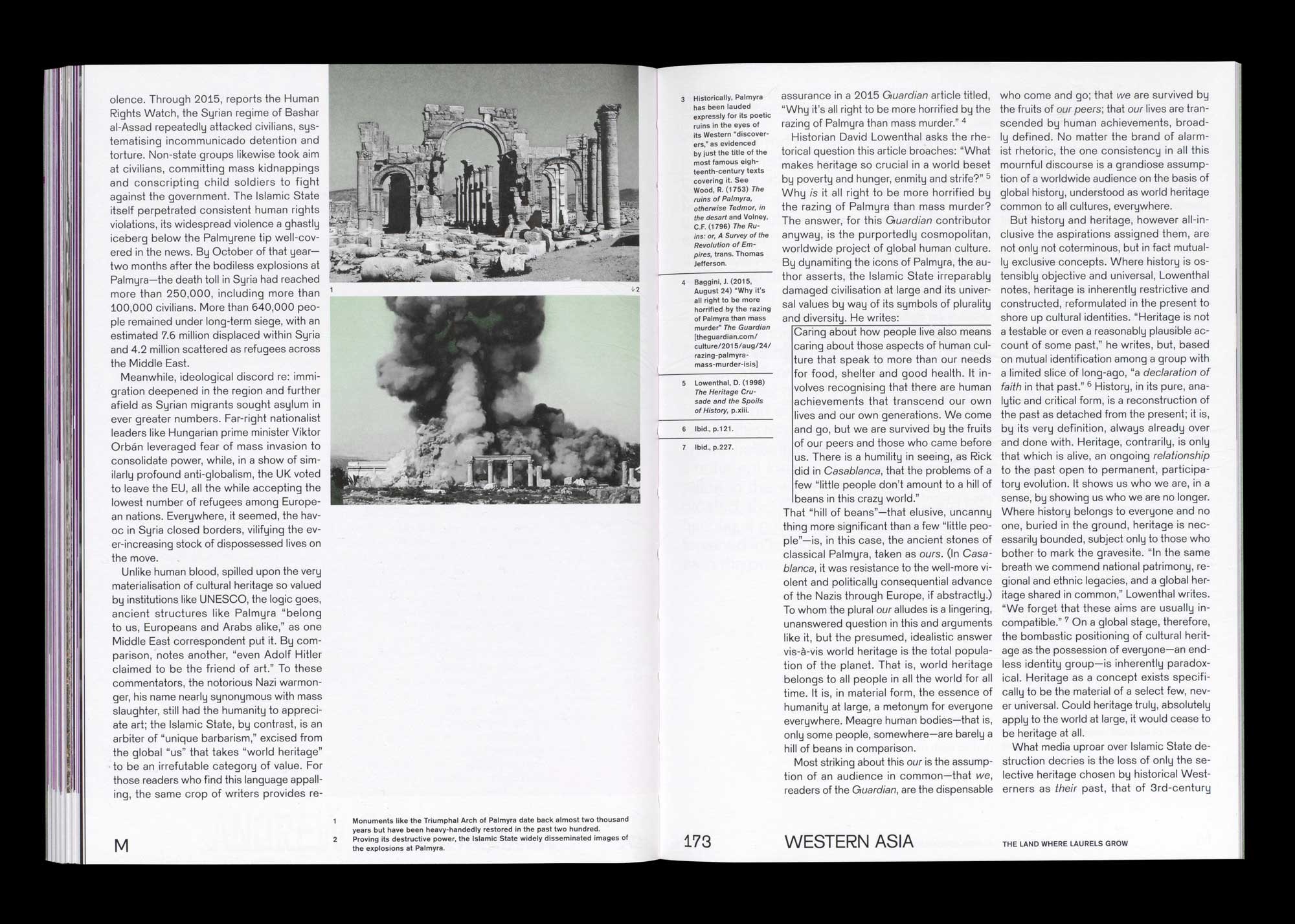 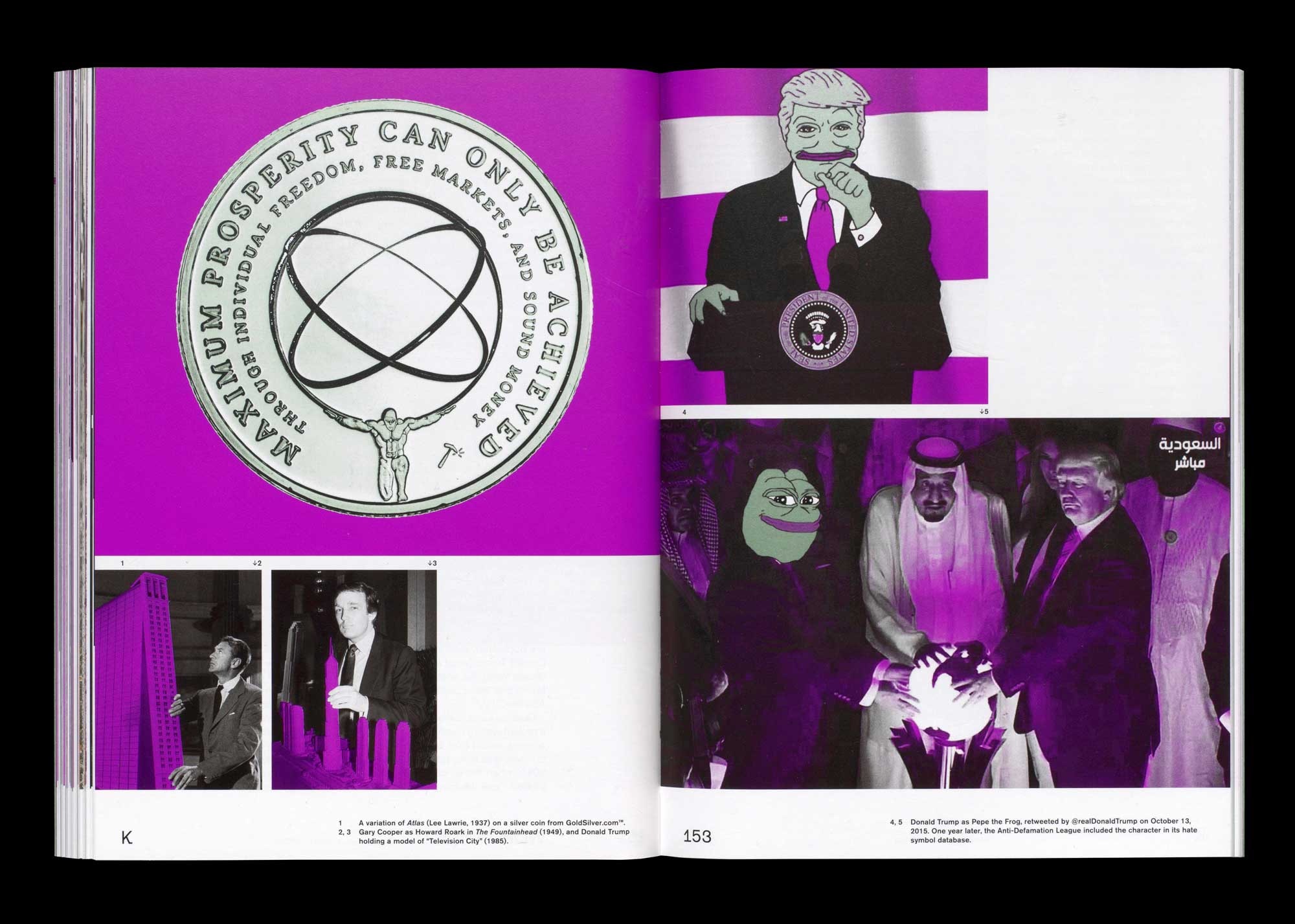 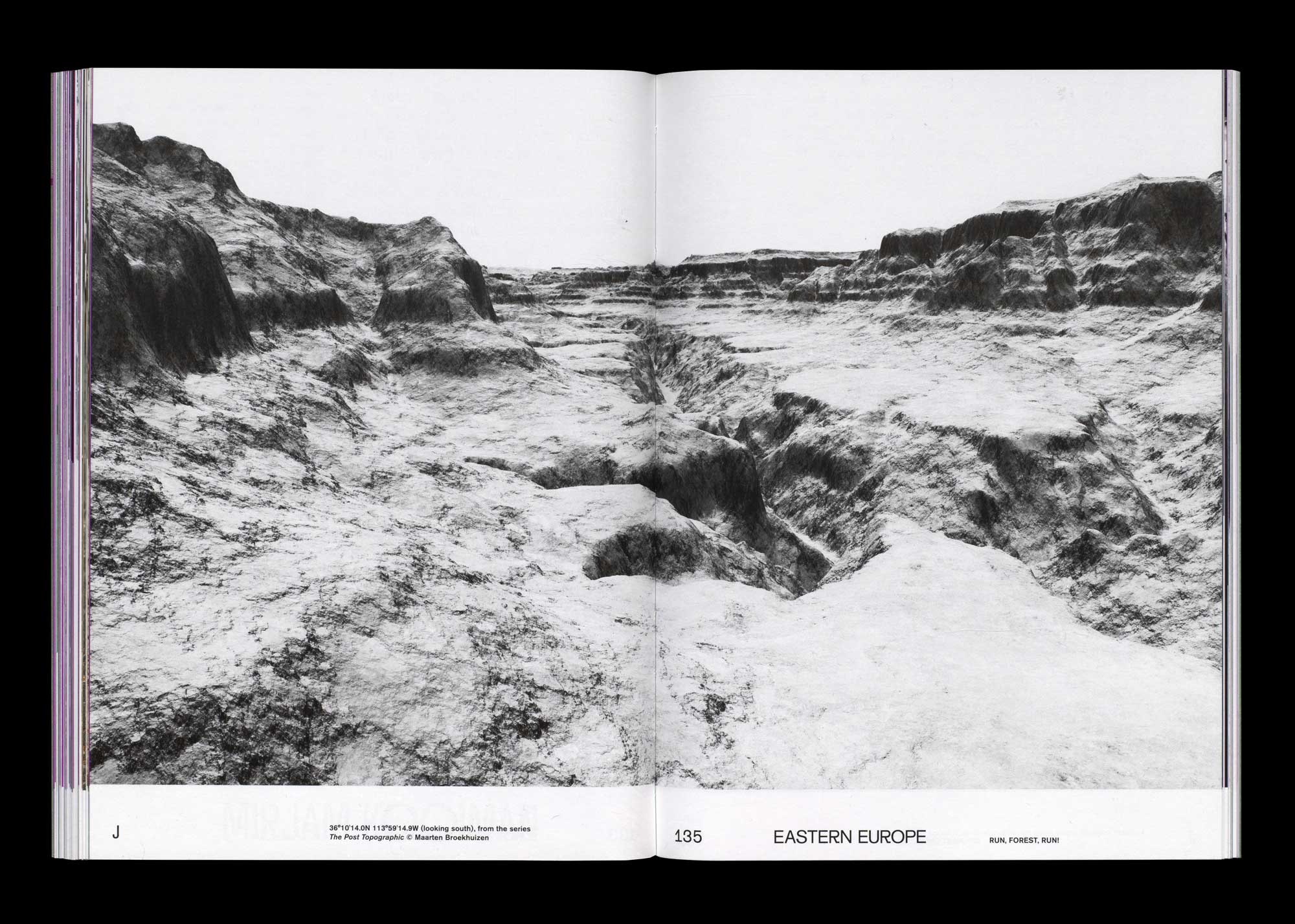 Adventures of the mind 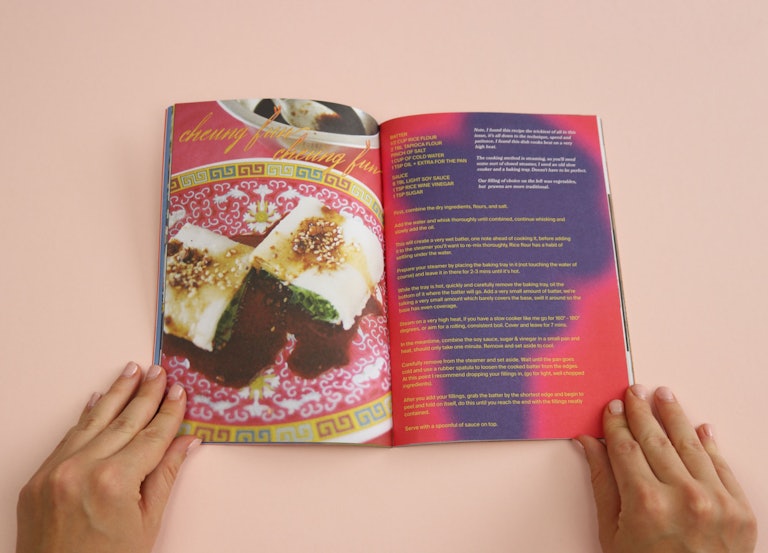 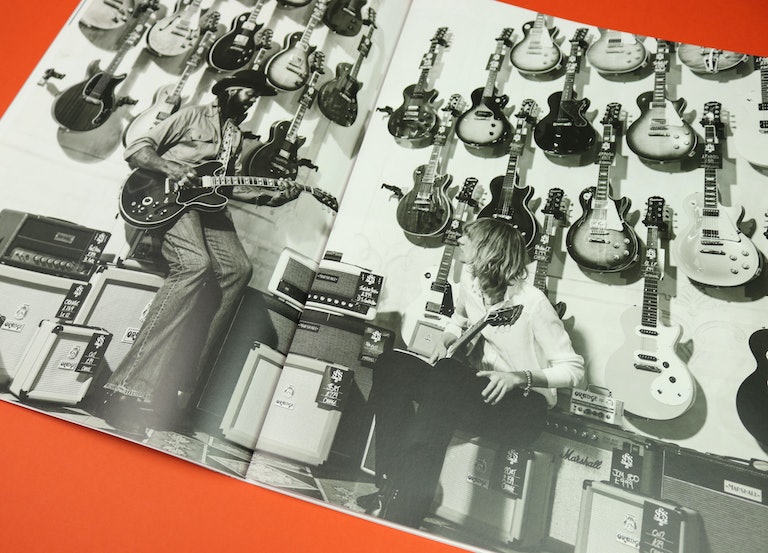 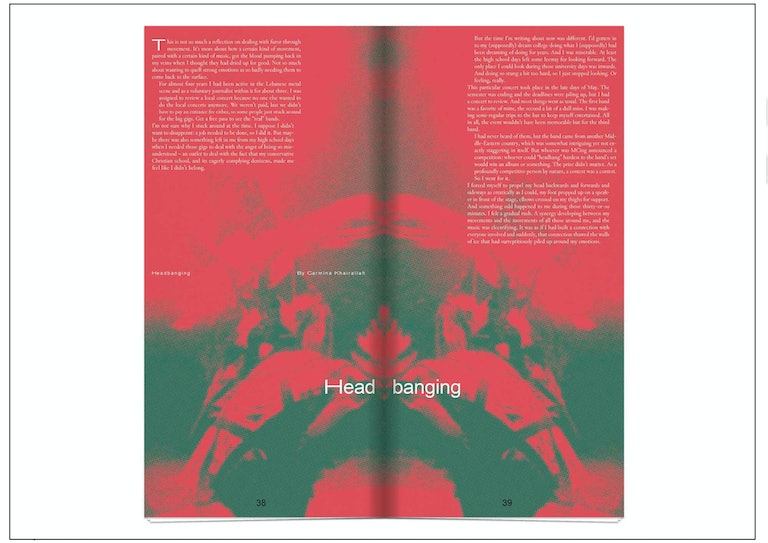