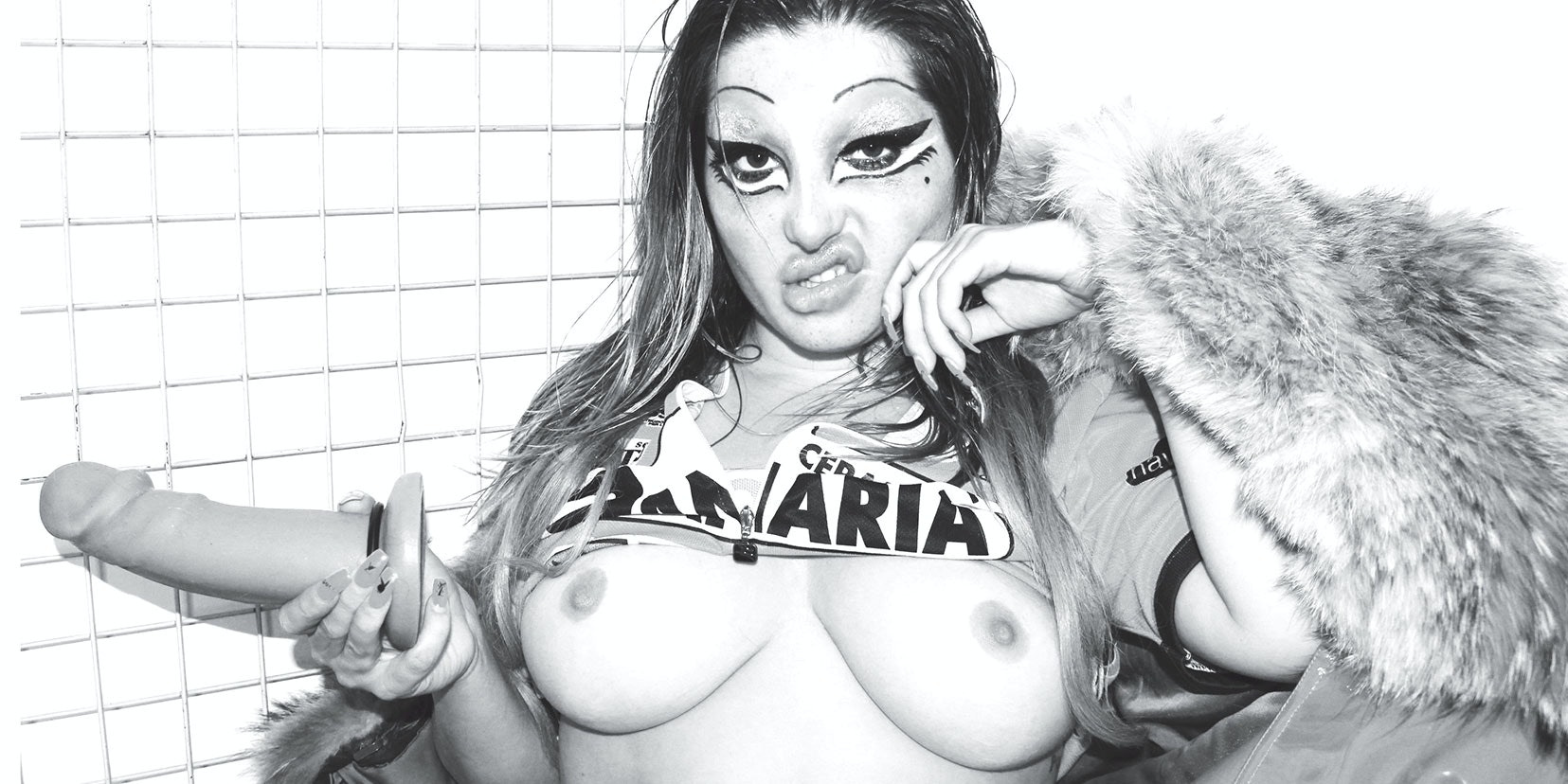 Printed in black and red, Leste comes in a clear plastic sleeve, giving it the alluring look of contraband. The magazine calls itself a biannual magazine of new erotica, but this sixth issue is something more challenging. The opening pieces are written by sex workers: one essay details the ways that police officers engage in sting operations; in some states in the US, officers actually go as far as having sex with women in order to arrest them. In the more personal piece that follows, a writer shares her surprisingly tender stories of seeing clients in a New York apartment. Read together, this is an impassioned call for the decriminalisation of sex work. With a glut of erotic mags on the market, Leste is an interesting reminder of the fact that writing about sex is, at its best, inherently political.

In form, Leste is experimental. The breakdown of a relationship is conveyed in a series of fantastically passive aggressive sexts (“I’m sorry I was never appropriately sorry about your dog”), and personal essays are free-wheeling and conversational. This can get a little unwieldy, and there’s an edge of worthiness to some of the content, but in the main, Leste offers an unexpected and often moving peek into the joys and entanglements of sexual life.

Editor-in-chief Sara Sutterlin talked us through the issue. 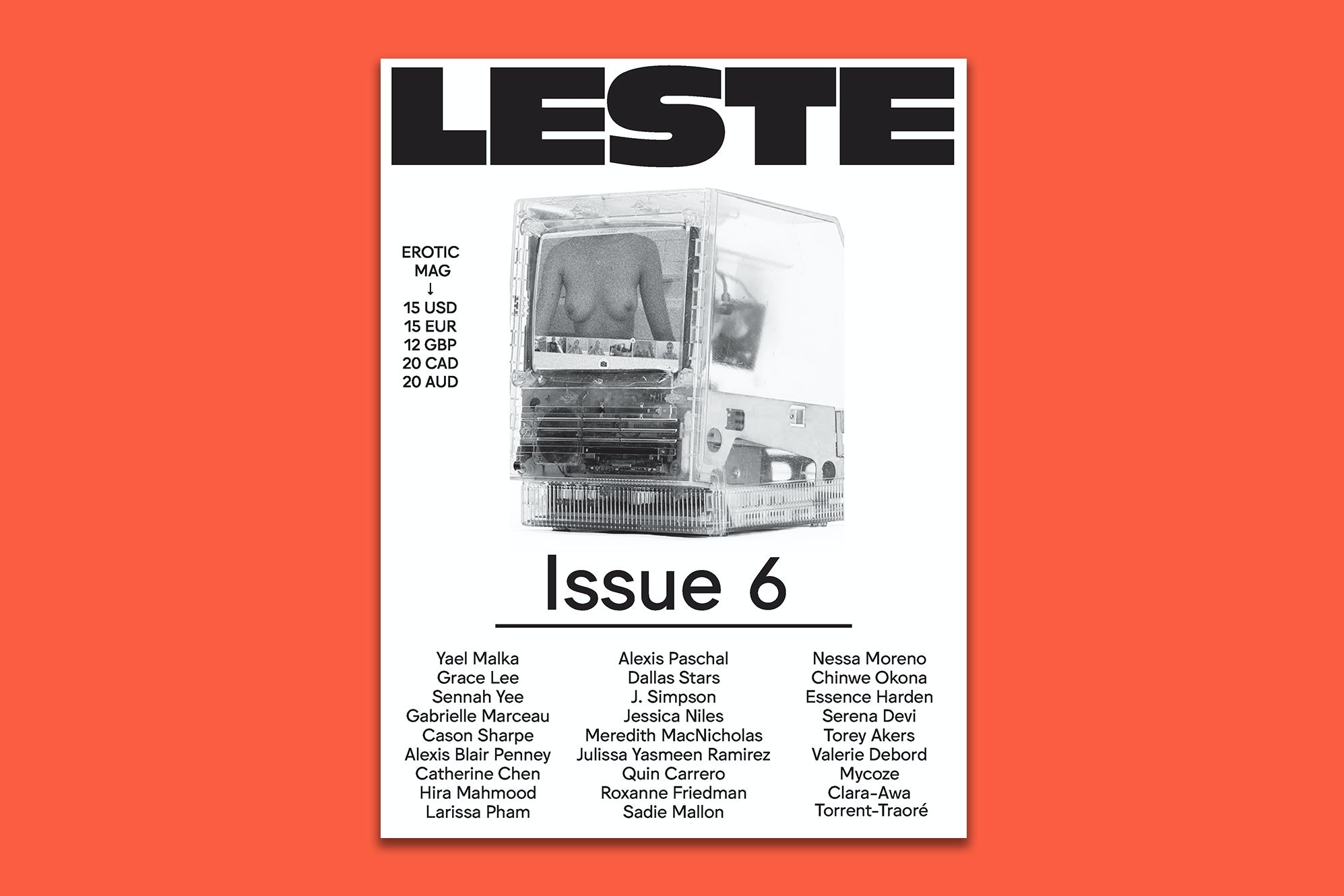 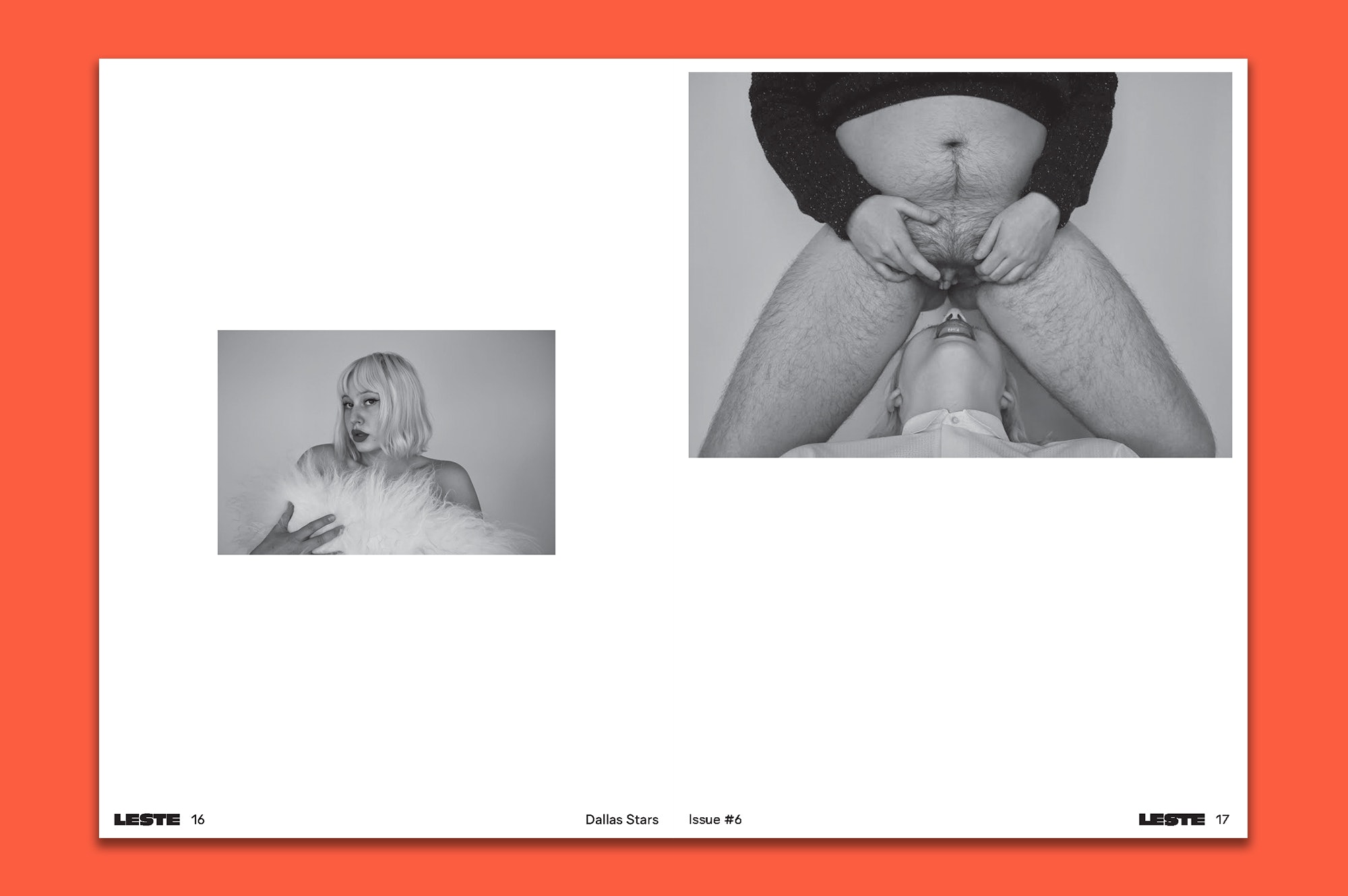 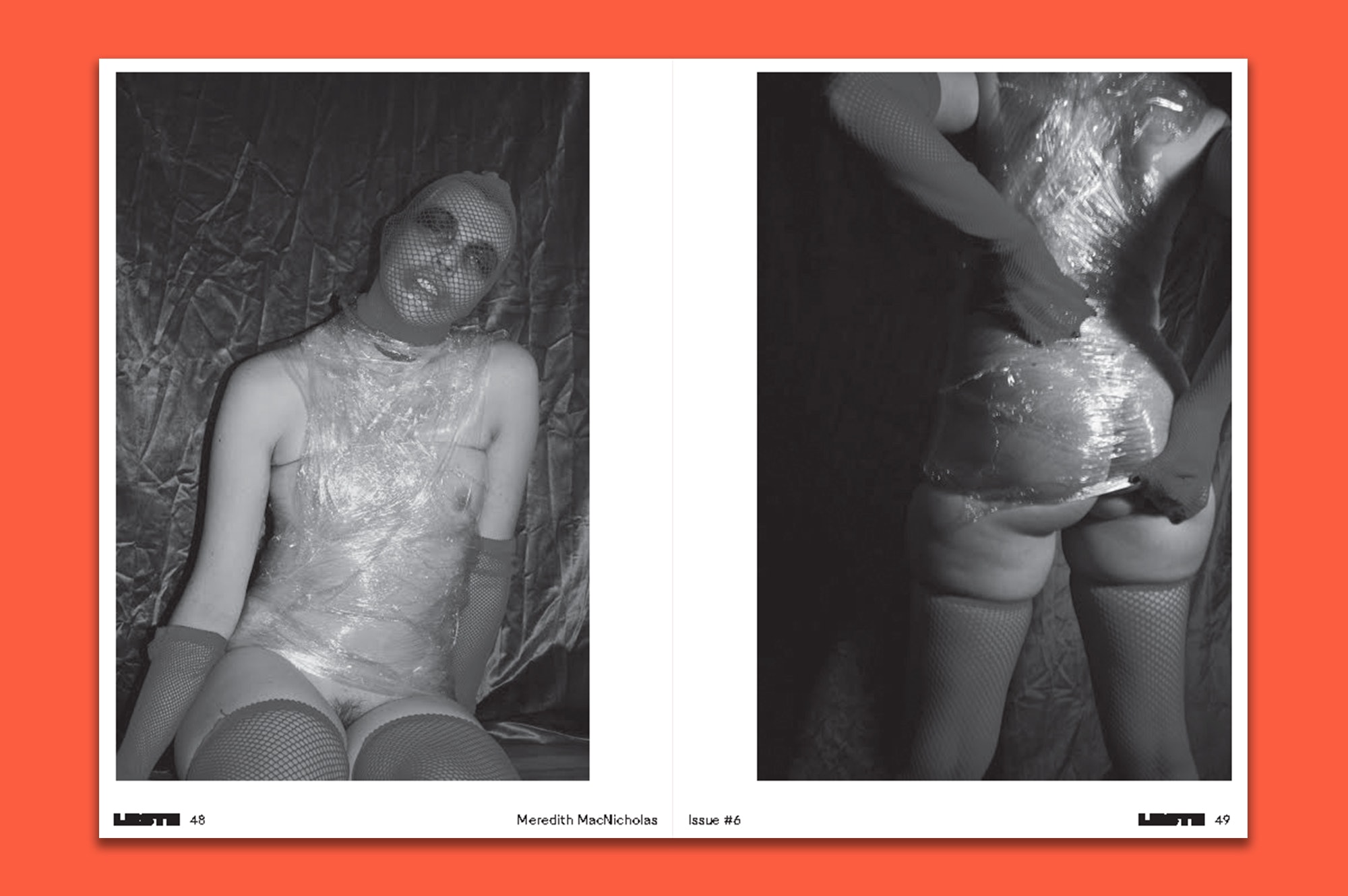 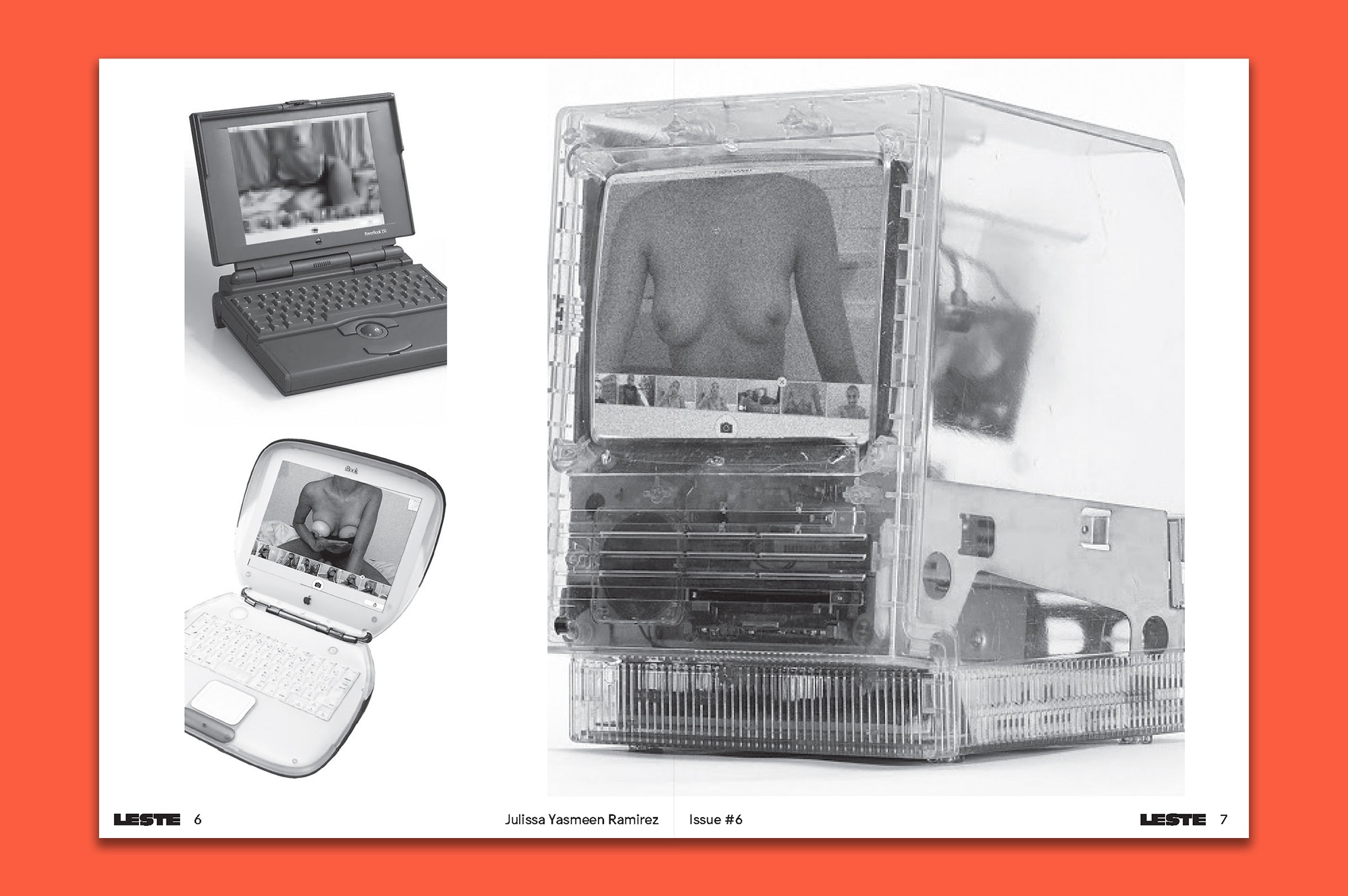 A line in the opening interview caught our eye: “I want to write about sex for a wider public, but I don’t want my mum to find out I’m a slut and also a sex worker”. That touches on something significant about the way writing or reading or making a magazine about sex still undermines you in the eyes of many people. Why is it that sex still isn’t seen as a viable topic?

I’m not sure I can answer that question. It’s very loaded and different depending on what your position in the world is. I see white, cis, able bodied sex workers or writers, like Karley Sciortino for example, and I don’t believe they deal with the same stigma as say, a black trans sex worker, or someone who doesn’t have stable housing. That’s precisely why I believe in the importance of un-centering myself from Leste in order to focus on the people who do still pay the price, and who don’t get the endorsements or book deals.

One of our favourite essays is titled ‘Why SESTA/ FOSTA got me fucked up.’ It details the way that under current legislation, the police entrap sex workers: “kissing or exchanging money, in some states they go as far as actually having sex with sex workers.” What is SESTA, and why must it be repealed?

SESTA is a proposed law to *fight* sex trafficking, however, the people who suffer from this law are sex workers — who are censored on online advertising platforms like Backpage and Craigslist — not traffickers. It is nothing more than an attempt to make it harder for sex workers and allies to get information out there, and for sex workers to survive. You can find more information here, and here.

The format interviews are written in is intimate: rather than being an interviewer/ interviewee relationship, often it’s two friends talking to one another. Why do you favour that format?

I think it produces more organic and subsequently honest conversations. I consume a lot of interviews, in print, on podcasts. I was obsessed with that short run show “dinner for five” in the late 90s where you had a bunch of mismatched famous people around a table smoking cigarettes and talking very, very candidly. I just always noticed how long form conversations are not only the most revealing, but the most pleasant to be privy to. Everyone involved feels at ease and the reader does too. Warmth is important in print, I think this gets forgotten a lot.

And finally, there’s a great conversation in the magazine about good and bad sex scenes in films. What’s your favourite film sex scene?

This is a bit on the nose, but Secretary has always been one of my favourite movies. I especially love the scene where Gyllenhaal and Spader are talking on the phone while she sits down at the dinner table. He gives her ridiculous but very precise instructions on what to eat. There are gross little shots of food, and then her face, twisted in pleasure. It’s great, dark, funny, and sexy. 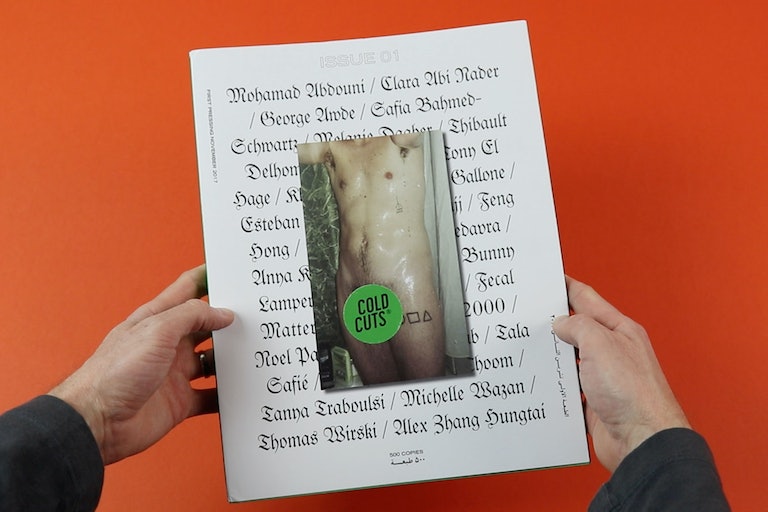