Dan Rowden is the Saudi-based web developer behind Magpile, the new user-driven site dedicated to sharing magazines. I caught up with him over the phone to find out where the idea came from, and found out why people get passionate about small, independent titles.

How did Magpile start?
It was when I started buying more magazines and I wanted to list the ones I had and to make sure I hadn’t missed any issues. I tried writing it all down in a spread sheet but that didn’t really work because it wasn’t very visual. Then I realised that maybe I’d want to share the list with my friends and other people might want to do the same thing, so I coded up a very basic version of the site and it developed from there.

From what I can see from mentions in the press and activity on the site it seems that Magpile is doing really well.
Yeah – I’ve had a lot more interest than I was expecting! I’ve done some ad swaps [like the one on the Stack site] but that’s the only form of promotion I’ve done really. Twitter has been quite helpful, but otherwise I’ve just been trying to focus on developing the website. I certainly wasn’t expecting this level of user invite requests and page views.

Where do you think that interest has come from?
Well I’d imagine it’s the passion of people who like magazines. Magazine readers seem to buy lots of magazines – they don’t just buy a few. And they have their favourites so they make sure they get all the issues. Magpile is useful in that it helps you find similar magazines to the ones you like, or you can find new magazines that look really nice and you can go deeper into them on the site.

I get the sense that this is just the beginning for you – where do you want to see it going?
It definitely is just the beginning. I have a few ideas, mostly to do with discovery of new magazines, and I’ve noticed that quite a few magazines put back issues up online and I’ve been trying to think of a way of making use of that, so maybe magazines could upload their back issues onto Magpile. Because at the moment if you look at an issue page you see a cover and information, and if there was content available for that magazine it would make sense to have it on that page.

I’ve spoken to a few app developers in the past who want to create a sort of digital magazine library, and I always tell them it would be a huge pain to be chasing publishers for PDFs to publish online. But the beauty of what you’ve done is that everything is being uploaded by a really engaged community of people who want to put that stuff up there.
Yeah – there are people who are adding stuff every day, which is really promising. I think the user interaction on the site could improve – stuff like comments, and maybe more Facebook stuff around the magazines. But I’ve been really happy with the way it’s gone so far. It’s just a case of adding in all the extra stuff I’ve got planned to make it all more rounded.

It seems that there’s a surge in interest in independent magazines at the moment – they seem to be getting a lot of coverage in the press. Do you have any sense of that?
I don’t have a background in magazines so I couldn’t say what it’s been like before, but users have been adding loads of independent magazines – there are only a few mainstream magazines in there. The interest certainly seems to be with the smaller publications on the site.

Do you get any sense from the users of why that is?
I think you want these smaller magazines to be read by other people, whereas the bigger ones maybe feel a bit more impersonal. I suppose you might think that if everyone knows what a magazine is there’s no point in sharing it.

I’m interested in the way that people discover magazines on Magpile – are you going down the Amazon-style route of an algorithm that recommends things based on what a user already likes, or would you prefer to surprise people with something they’ve never seen before?
I’m happy for users to browse the site and find anything that tickles their fancy. I think that with tags and categories, for example, if they’re on the page of a magazine they already have they’ll see other ones similar to that, but if you go to the front page you can see the latest magazines and issues, and they’re the random ones you might never have seen before. The magazines you’ll encounter going through the site are quite random – they’re not necessarily similar to the ones you might have in your pile.

Is there a time issue for you? Am I right in thinking that you’ve done all this yourself?
Yes… well, me and my wife. My wife is helping with broader decisions and I bounce ideas off her quite a lot. But I’m the only developer on this and I do it all in my spare time.

So is there a point at which it will have to get bigger to justify itself, or would you rather keep it just you and your wife?
The big plan is that it will take off enough and start to make enough money that we can do it full-time. At the moment it’s small enough that I can keep maintaining it in my own time outside of work, but in the future why not?

Everyone involved in independent magazines knows that it’s really hard to make money out of them. You’ve got the advertising on the site, but do you have other ways of making some cash?
I do have some more ideas. At the moment the ads are mostly swapped, and that’s because the user base is so low and it’s an unproven platform. But in the future I think I could get more paying customers for the ads. And I do have a few other monetisation plans, but they’re not really the big things to do at the moment. I need to thicken out the site a bit and focus on user feedback to get the site running smoothly before I can focus on making money out of it.

You live and work in Saudi Arabia – what’s the magazine scene like out there? Are you able to get hold of magazines?
They’re kind of frowned on by the religious police. You can find them in Virgin, for example, but if there’s an inappropriate picture they’re covered with tape and censored. My Monocle subscription comes and sometimes the package has been opened and you can see somebody has been through the magazine. So it’s a bit strange here – I do rely on going back home or people bringing things over to get my new magazines. Of course there are lots of Arabic magazines, but I don’t know what they’re about!

Has that level of restriction at all contributed to the site in terms of wanting to share magazines and get them out there or do you think you’d have done that anyway?
I don’t know if I’d have done it if I’d been somewhere else. I suppose that if I’d been surrounded by magazines it might not have been necessary. 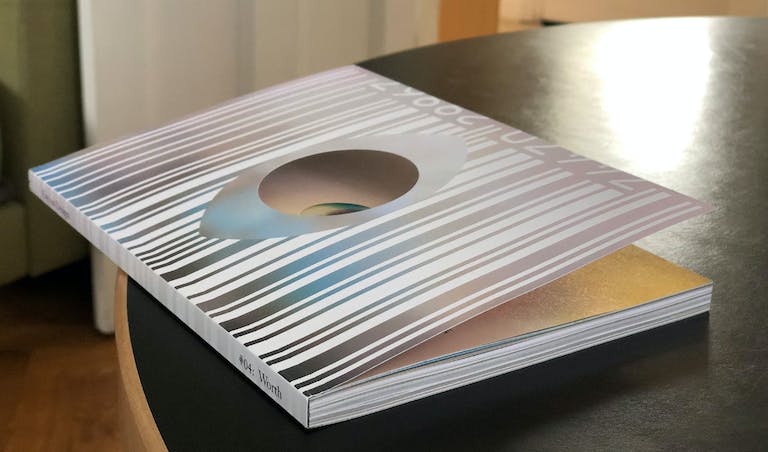 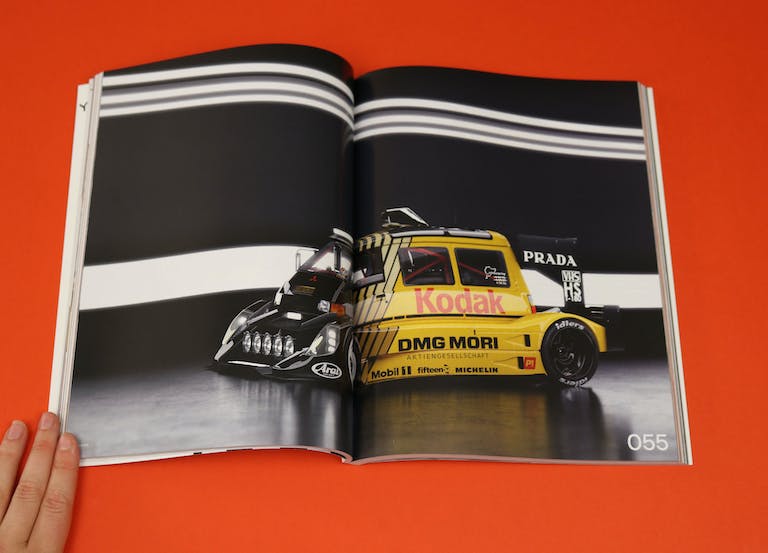