Behind the scenes: Odd One Out

Odd One Out is a beautiful and personal publishing project based in Kuala Lumpur, Malaysia, and rooted in editors Hamizah Adenan and Mas Shaari’s curiosity and eagerness to better understand their own culture.

I met up with Hamizah (pictured, above right, with co-editor Mas) during this year’s QVED conference in Munich to talk about her approach to magazine-making, and to learn more about the multi-layered culture of Malaysia. 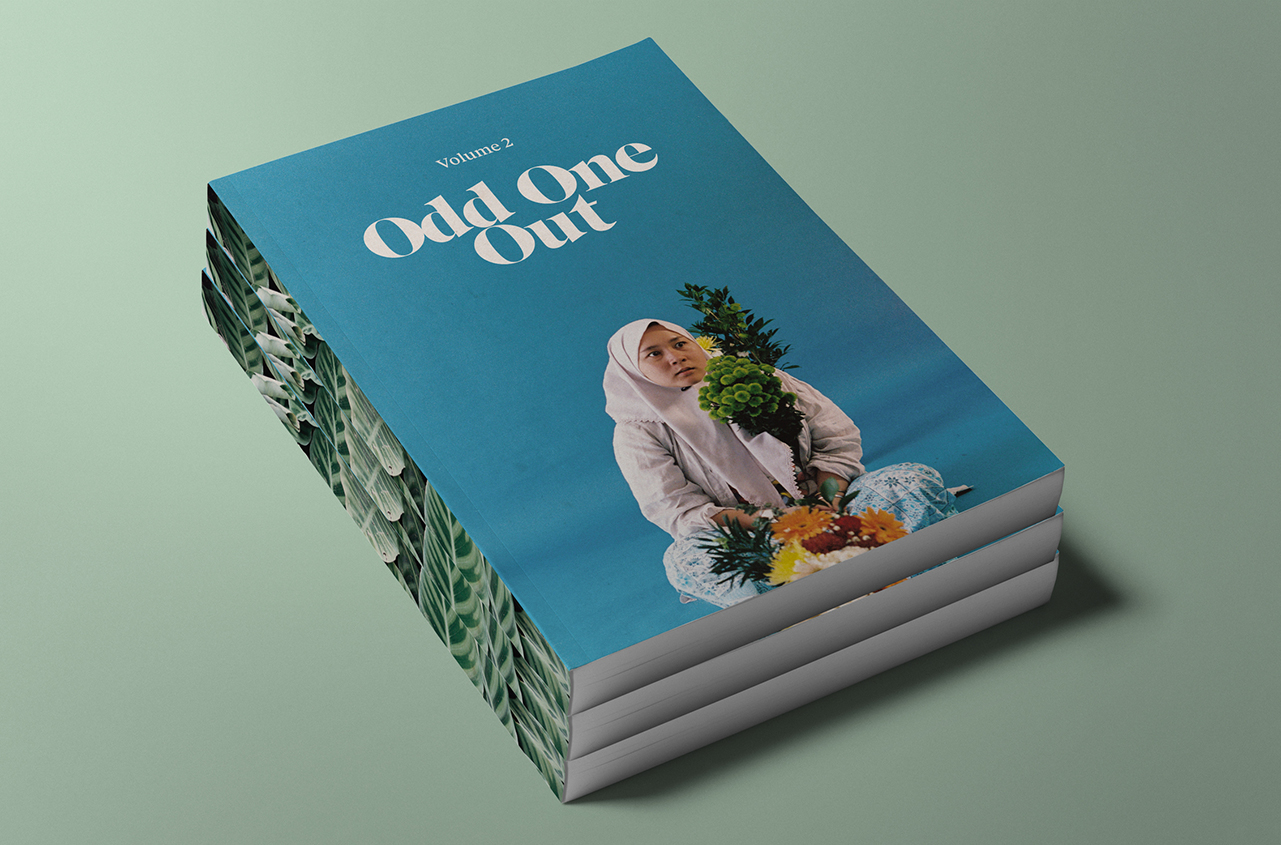 What made you want to start your own magazine?
First of all I always really loved print. After working with the Kuala Lumpur-based Desiderata magazine for a while, a felt ready to do something on my own.

The starting point was that I wanted to make a magazine that talks about Malaysia and to challenge the fixed image of our culture. I wanted to add layers and nuances to the representation of Malaysia.

One of the biggest misconceptions that people can make is equating Malays with Malaysians. Not all Malaysians are Malays. Chinese make up 25% of the population and Indians make up about 7% of the population. I don’t see the Chinese or Indian culture as something so exotic because it feels so familiar, it reminds me of home. We definitely come from a more conservative culture. 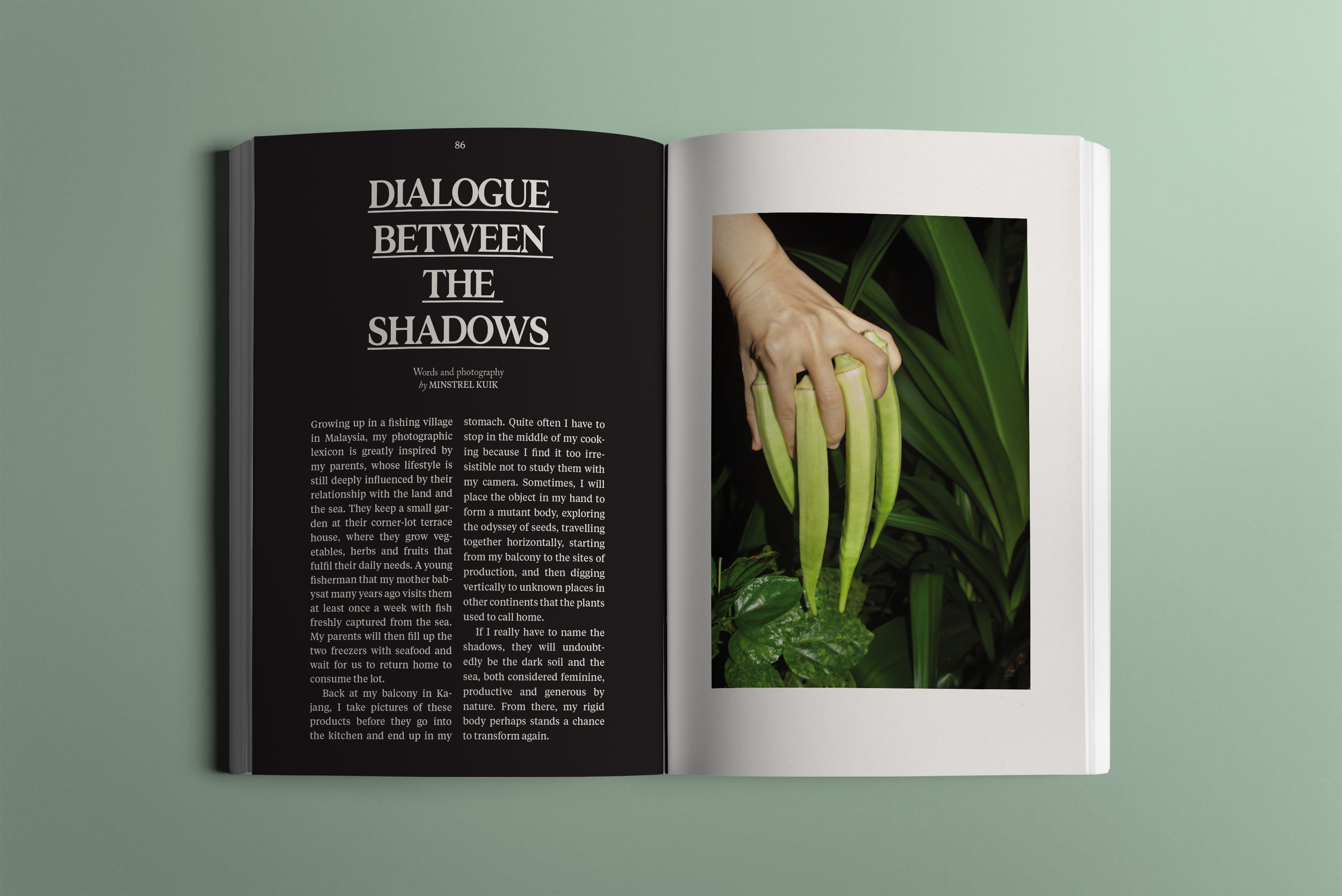 How’s the diverse culture of Malaysia reflected in the magazine?
My interview with the filmmaker Mahen Bala is a good example. During the past five years he’s been working on a documentary film on a type of Chinese shrine that’s common across Malaysia with an idol called Datuk Gong.

It never occurred to anyone to take a closer look at the shrines, but Mahen did and he discovered something completely unexpected; the idols inside the shrines were not typical Chinese characters, instead they resemble a Malay Muslim man. The worshipping of Datuk Gong is very unique to Malaysia and it’s the perfect evidence of what happens when two cultures collide.

What’s the ultimate goal of Odd One Out?
I’ve always been interested in how Malaysians view themselves and how they express their identity. I love meeting people and sitting down with them as they open up and become deeply expressive. Malaysians by nature aren’t so expressive, they’re not big on deep, meaningful conversations. I think in a way it makes them feel a little uncomfortable.

Odd One Out is about bringing people together by sharing stories. We may feel like we’re different – that we don’t fit in – but in the end we all have the same set of feelings and insecurities. 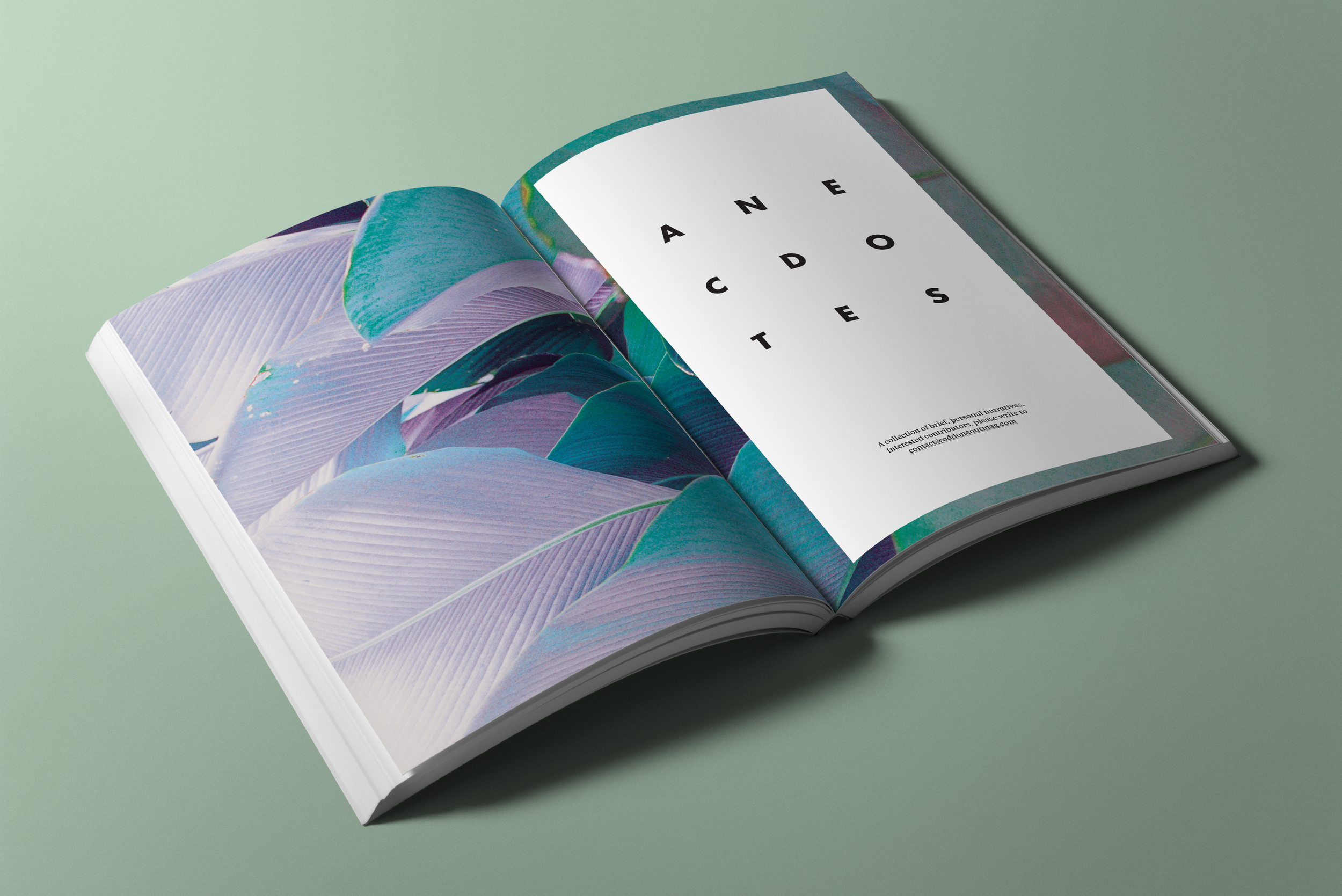 Besides the fact that you do pretty much everything yourself, reading Odd One Out, and hearing you talk about it now, it comes across as a very personal project…
Yeah, I do pretty much everything myself; the design, photography, illustration, collage… I’m not professionally trained so I don’t know the rules, I just do whatever I think looks good. I think it’s easy to tell I love Apartamento magazine… I wanted to escape Malaysian design and I don’t feel like I’ve found my own voice in the design yet, but that’s something I’m focusing on for the next issue.

On a personal level, the name Odd One Out reflects the feeling I have about myself; I wasn’t actually born in Malaysia and my parents were diplomats so growing up we moved a lot. Making this magazine has been a personal journey; discovering sides to our culture that I hadn’t seen before, and seeing Malaysian culture with fresh eyes. 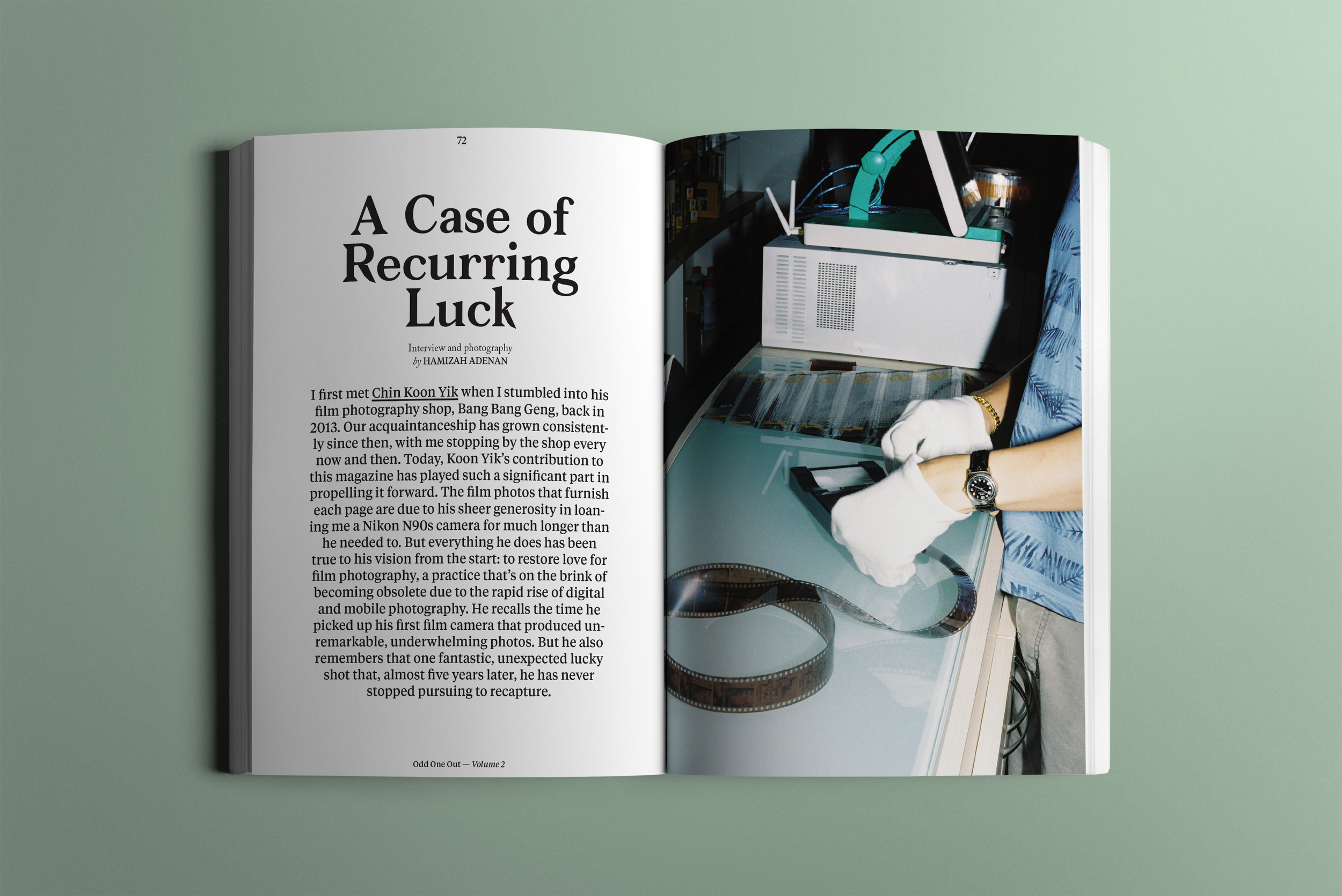 Would you say that Odd One Out is targeted mainly at a Malaysian or an international audience?
It’s definitely aimed for both local and international audiences. For Malaysians, it’s a chance to better understand and rediscover the culture, heritage, and the history of a country we think we know so well. And as much as we’re trying to capture the human experience through a Malaysian perspective, the bottom line is we’re essentially talking about human experiences, and like Agnese Kleina said [editor of Benji Knewman during her talk at QVED], the international language is a human one. So it’s no doubt that the content can be understood and be received by a global audience as well.

We’ve had more support from our Malaysian readers though. They’re usually very proud and excited to see something homegrown make its way out internationally. 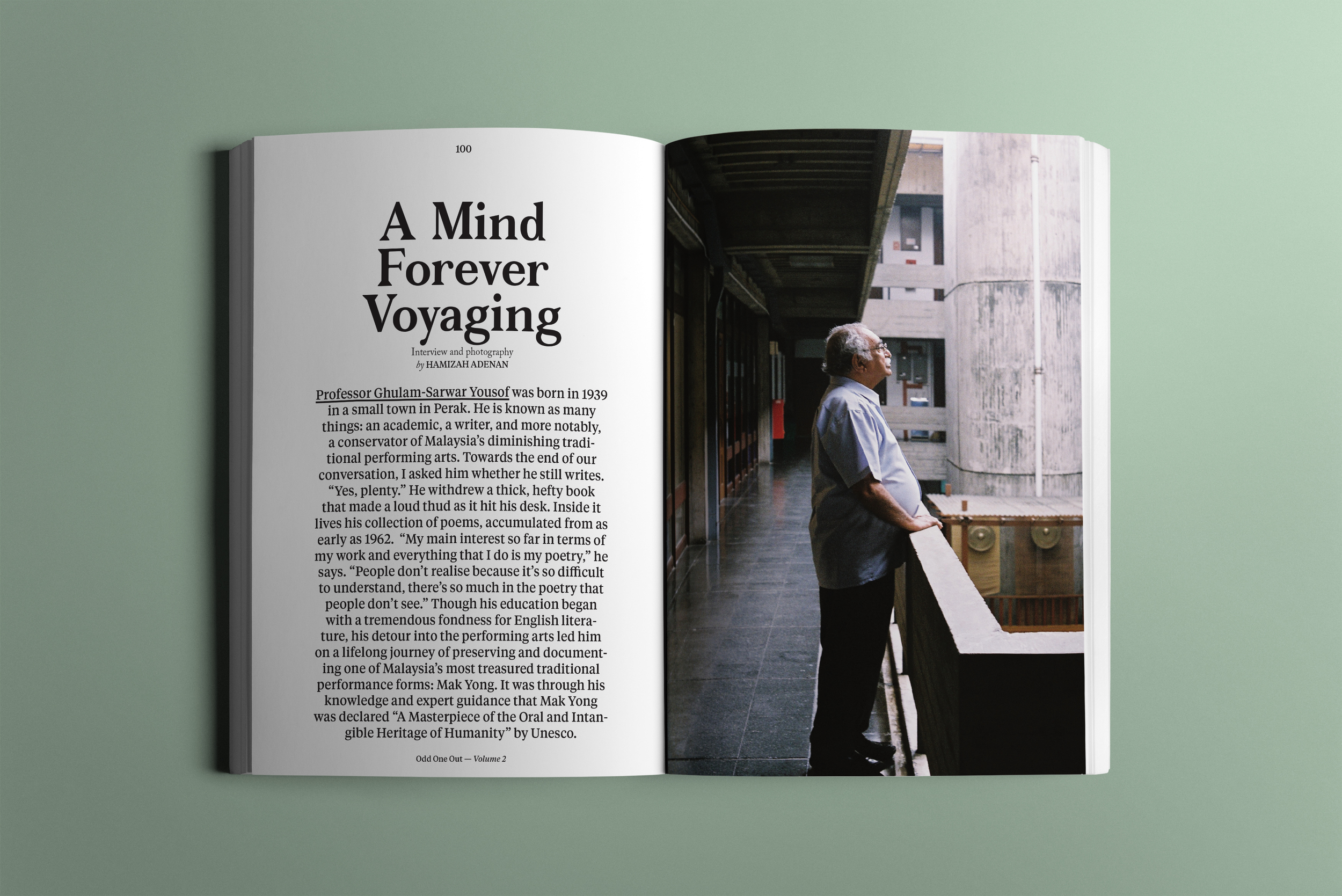 What are your ambitions for Odd One Out looking forward?
We’d like to be more visible to our readers – to build a community and establish a meaningful contact with them. We talk about people so it makes sense to engage more with people – with the audience. And I’m also hoping that I can make Malaysian readers especially understand the importance and the value of print.

Stay up to date with the best independent magazines. Subscribe to Stack and we’ll send you a different handpicked title every month. 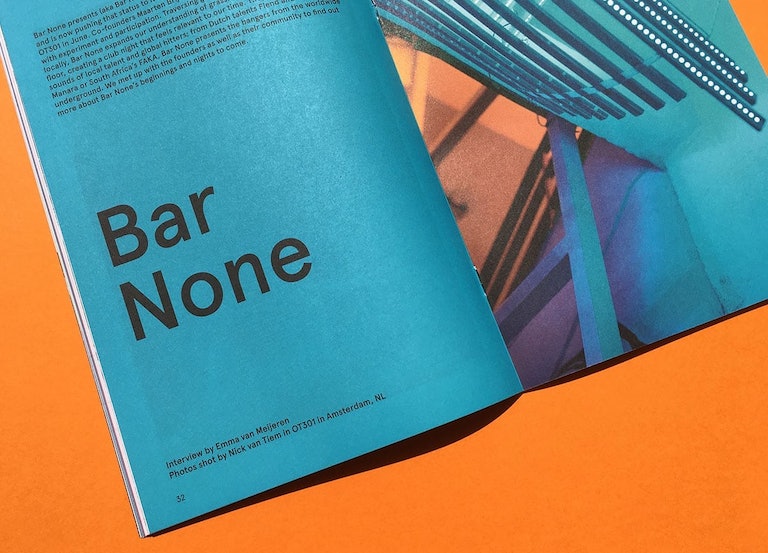 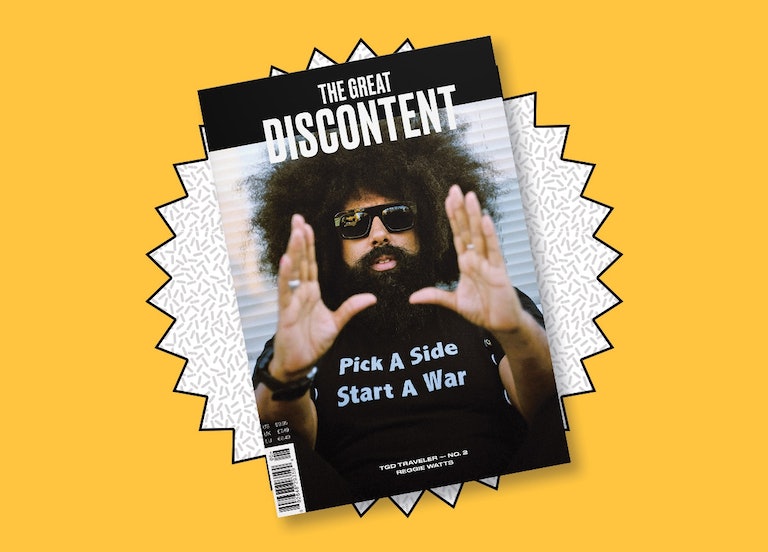 10% off and free shipping for The Great Discontent, the thoughtful interview magazine 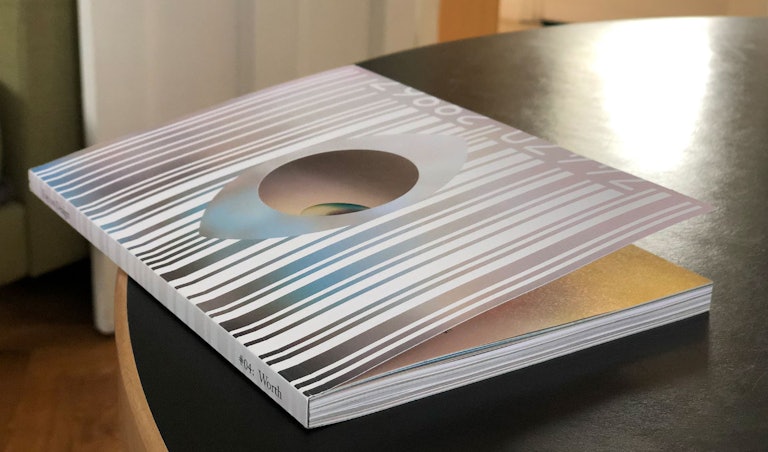 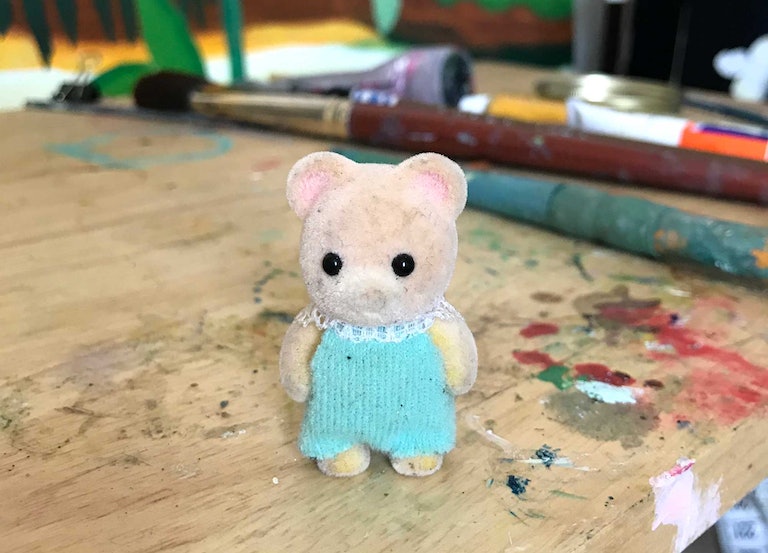 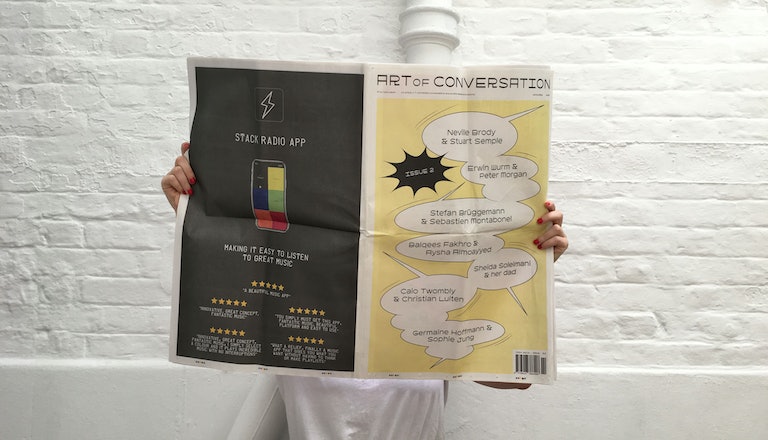