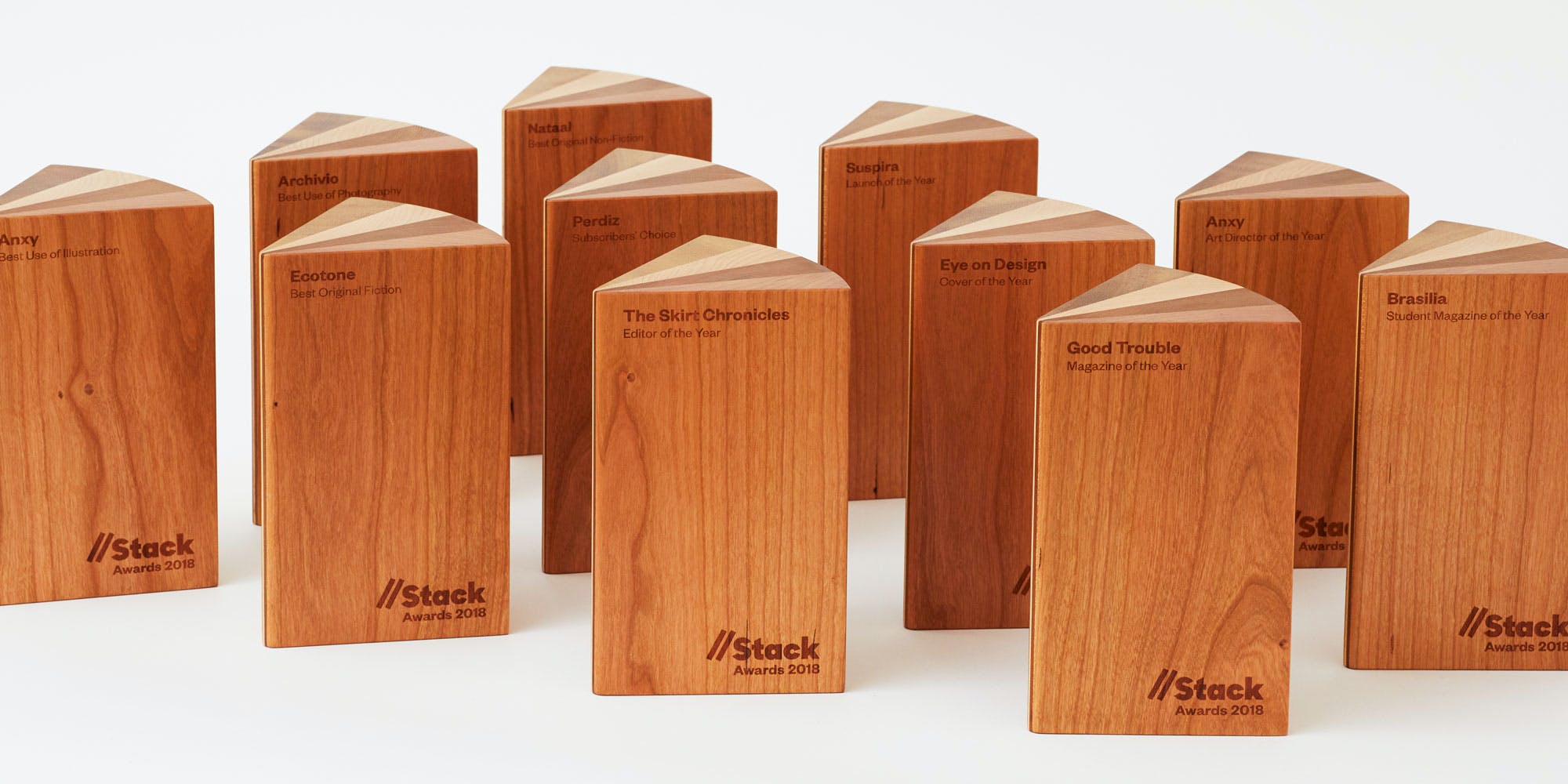 Cash and glamour at the Stack Awards 2019

When you start something, you really don’t know what you’re doing. We held our first Stack Awards four years ago and I wrote at the time about why we decided to do it (basically, we got really excited about how cool it would be and we didn’t realise how much work it would take). Back then, Stack was just two people and neither of us had ever run an awards programme before, so it’s not surprising that we hit some bumps along the way – I still feel a bit sick when I remember what it felt like to be more than half way through the submissions period with just 39 entries received. It genuinely felt like we might just need to refund everyone and pretend it had never happened, so I was hugely relieved when, after a LOT of emails to publishers, our first awards ended up with 179 entries across seven categories.

We muddled our way through and figured things out along the way and the awards have now become the biggest thing we do every year. They’re our best opportunity for discovering new magazines; they bring more traffic to the website than anything else we do; and they’ve taken on a life of their own, with Stack Awards trophies now sitting on shelves in offices around the world, and people emailing us all year round to ask when we’ll be starting our submissions process again.

So I’m really excited that the Stack Awards 2019 are now open for entries, because we’re making two big changes that mean this year’s awards are going to be the best ones yet.

This year’s trophies will once again be made by genius craftsman Gavin Coyle, using four different types of timber to create a big, beautiful wooden wedge that is laser etched with the names of the winners. (You can see last year’s trophies pictured at the top of this post.) They’re genuinely lovely things and I’m ridiculously proud to hand them out, but we wanted to do even better. We wanted to show the value we place on these magazines and literally put our money where our mouth is, so this year our winners will also pick up prizes.

I started work in January speaking to brands about our plans for 2019, and I’m delighted to say that this year we’re being supported by seven organisations that want to help celebrate the best independent publishing. Some of them, like Park Communications, Newspaper Club and Newsstand, have sponsored the awards before and now they’re doubling down to help us do even more. Others are working with us for the first time, and I’m really excited to have Adobe InDesign, Kickstarter, GF Smith and Flipboard involved. They’re each presenting an individual category, so the overall list of categories and prizes looks like this:

I know that, in the magazine scheme of things, £1,000 isn’t that much money. Making an independent magazine is a really difficult, expensive thing to do, and winning a prize like this probably isn’t going to mean the difference between profit and loss. But it might help towards printing a new issue, or it might buy a new laptop, or it might get the whole team drunk for a couple of days. Whatever the winners decide to do with their money, I hope the prizes will show how much we appreciate the work that goes into making these magazines, and I hope it will encourage more magazine makers to enter. It still costs just £30 to take part because we want these awards to be accessible to as many publishers as possible, and I can’t wait to start working my way through the entries as they arrive over the next few weeks.

(And on a different note, if you’d like to sponsor one of our four remaining categories, drop me a line! There’s still plenty of time to include the right brands in this year’s awards…)

The first four Stack Awards ceremonies took place in pubs. That worked well enough at the time – we wanted a fun, informal space with beer and music, and we gradually moved from a slightly cramped basement into a bigger venue with a proper stage and plenty of seats and tables spread across two floors. But it was still a pub.

For this fifth annual awards I wanted to find somewhere more prestigious and exciting – the sort of place you’d expect to go for a bona fide awards ceremony. It was a really tough task – the Stack Awards will never be a black tie event in a hotel ballroom, so I wanted to find somewhere with character and prestige, but big enough that we could significantly increase capacity. I spent a long time visiting places and being amazed (and horrified, and depressed) by the price of venues in London, before I hit on the idea of Somerset House. I can’t believe I didn’t go to them first – Stack is based at Somerset House and they loved the idea of us holding the awards there, so we’re going to be taking over some beautiful rooms looking out over the Thames on Thursday 14 November to put on an awards ceremony and independent magazines party.

One of the benefits of holding the awards in a pub was that food and drink were sorted – we just paid the pub and they served until the money ran out. At Somerset House it’s going to be different – we’re getting a set of empty rooms and we have to bring everything in ourselves, but that also means there’s way more potential to put on a really memorable night that’s entirely the way we want it. We’ve booked a great chef to keep the canapes flowing; GF Smith are helping us decorate the space with the latest iteration of their ‘Colourplan Chaos’ installation; Park Communications and Newspaper Club will be showing off a range of the stuff they print; we’ll have a magazine stall selling selected titles from the shortlists; and San Miguel are providing beer to help make sure everyone has a good time. Guests will even be able to preserve the night for posterity with the Momentous photo booth. It’s going to be a brilliant night out for magazine lovers, and we’re aiming to pack the space out with 300 people who will watch the ceremony and then hopefully stick around to celebrate and / or commiserate afterwards.

But it’s not all change

As you can probably tell, I’m really excited about these new bits, but for the most part, the awards will stay the same as they’ve been from the start. They’re still the most rigorous possible examination of independent magazines, open to all publishers and driven by the expertise of our specially selected judges. There are some familiar faces in there, like Gail Bichler, design director of The New York Times Magazine; Will Hudson, founder of It’s Nice That; and Jeremy Leslie, founder of magCulture. They’ve all helped us judge the awards in the past and I’m delighted to welcome them back, but I’m also excited to announce a new set of names, including Astrid Stavro, partner at Pentagram; Adam Moss, ex-editor of New York Magazine; and Olivia Laing, award-winning writer and critic. There isn’t room to list them all here, but you can read about all our amazing judges on the Stack Awards page. Check it out and decide who you’d like to be reading your magazine in October.

Entries close on Friday 27 September, and remember we need to have received your magazines by then, so if you’re thinking of applying, don’t leave it until the last minute to send them in! We shortlist all entries in the Stack office, sending a box of magazines to each of our judges, and they spend a few weeks getting to know the titles before we hold our judging sessions. I’ve been involved in awards programmes in the past that put all the emphasis on the application forms, with judges only getting to see the actual magazines on judging day. I think that’s the wrong way around, so we keep our application forms as short as possible, and make sure the judges receive the actual magazines so they can really get to know them.

The judging will happen at the end of October, which just leaves long enough to have the trophies finished and delivered in time for our awards ceremony, and we’ll hand them out to 11 outstanding magazines that reflect some of the best independent magazines published this year. (We have the 10 judged categories, plus the Subscribers’ Choice award, voted for by Stack subscribers.)

But of course, this all only works if publishers submit their magazines, so if you made a publication you’re proud of this year, please do take a look at our awards page for all the details of how to apply. Or if you know somebody who you think should enter, send them a link to this post! We want the awards to reach out beyond our existing network, and we need all the help we can get to make sure that happens.

And the business bit

Finally, it’s worth noting that there’s an ulterior motive to all this. If you read that Medium article I linked to at the start, you’ll see that we also launched the Stack Awards to promote our subscription service. I had no way of knowing then whether it would work, but my assumption was that bringing more people to the Stack site would help us sell more subscriptions to our monthly surprise magazine club. It turned out the assumption was correct, so we’ll once again be running a special discount throughout the duration of the Stack Awards – just use the code AWARDS2019 when you sign up for a Stack subscription and you’ll get 10% off our regular prices. That means you could pay just £6.30 / €13.50 / $13.50 for a month of Stack, or to get an even better rate, sign up for a year at £63 / €135 / $135 – all those prices include shipping and the magazines we send out cost an average of around £12 to buy in the shops, so whichever way you cut it, it’s a good deal!

As the Stack Awards have got bigger over the years they’ve generated more money, both in entry fees and sponsorships, but they’ve never made a significant profit. Pretty much everything we make from the awards goes back into running them, which is exactly as it should be.

I want Stack to be the best way of discovering and enjoying independent magazines, and the Stack Awards have become a hugely important part of that. So whether you submit your own magazine, remind somebody else to submit theirs, or sign up to have brilliant independent print delivered to your door every month (or all three!) I hope you’ll get involved and help us make this year our most successful awards yet.

Could you be one of this year’s winners? Check our awards page for more information on all the categories and how to enter 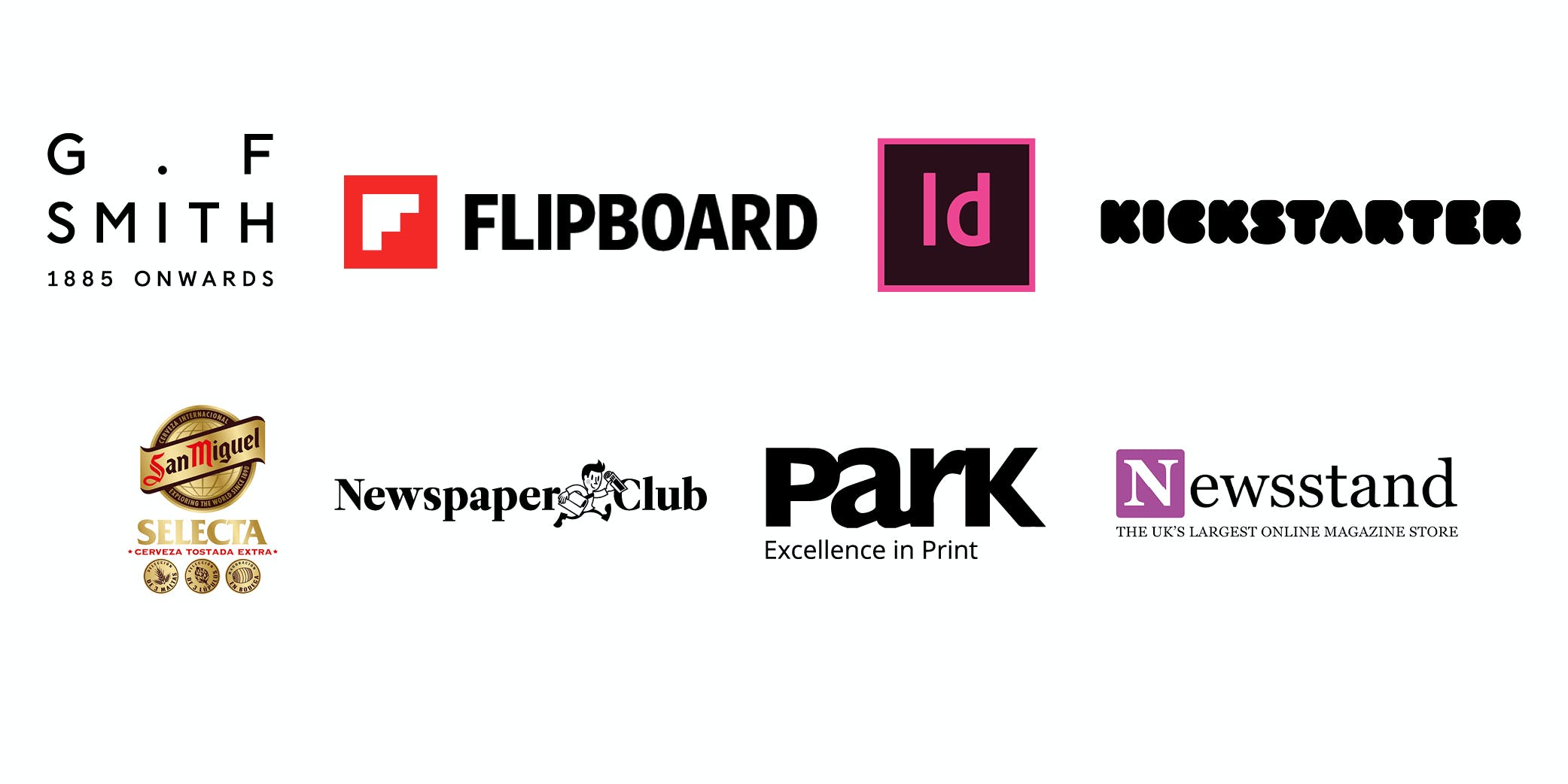