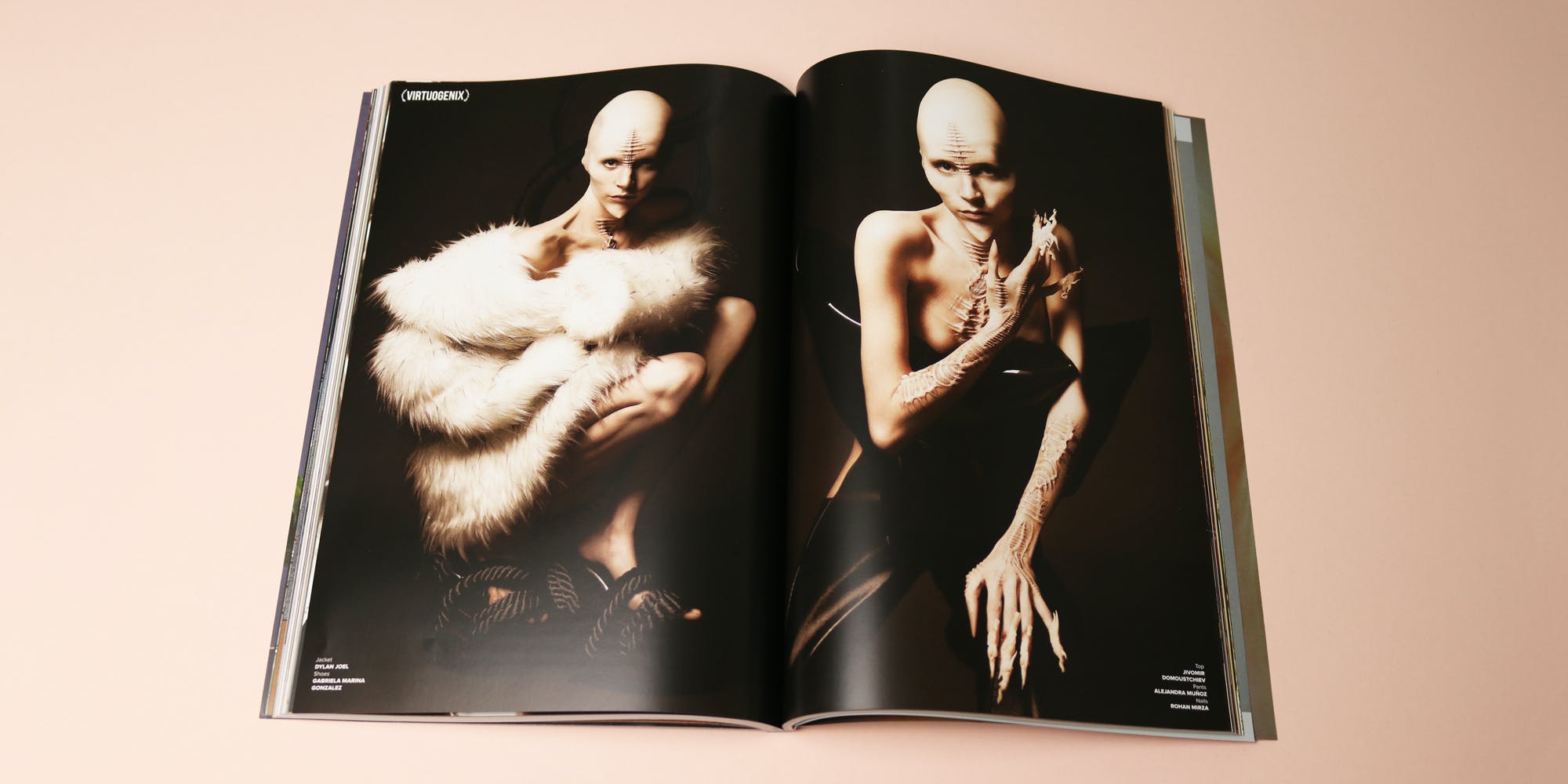 Virtuogenix is a fashion magazine in which many of the models are not human. In the first spread, captioned “What kind of world would you like to live in?”, we see CGI women who look like dollies hoovering while simultaneously doing ballet. Later, an alien-like model appears with scars on her bald head and antlers. The model in question is Charley Dean Sayers, wearing makeup and prosthetics by Jordan Glancy.

Virtuogenix does feature shoots with conventional models but they tend to be less exciting than the photographs of CGI or prosthetically altered people. Interestingly, the conventional models tend to be dressed in flowers and frills whereas the altered models appear as a direct riposte to that kind of dead-eyed femininity. The magazine can be read as a kind of Jekyll and Hyde; on these pages, we see girly kitsch and her twisted twin. 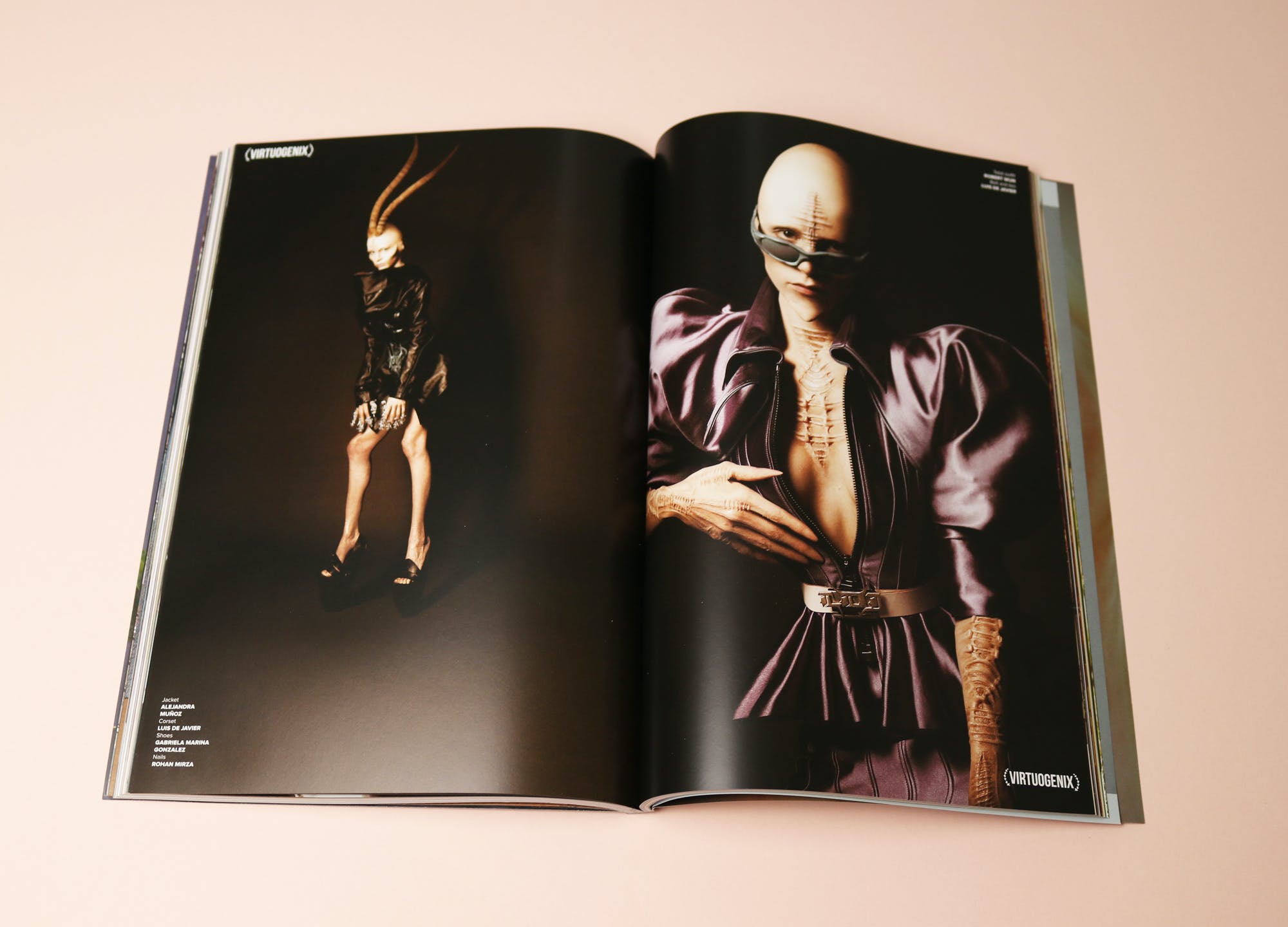 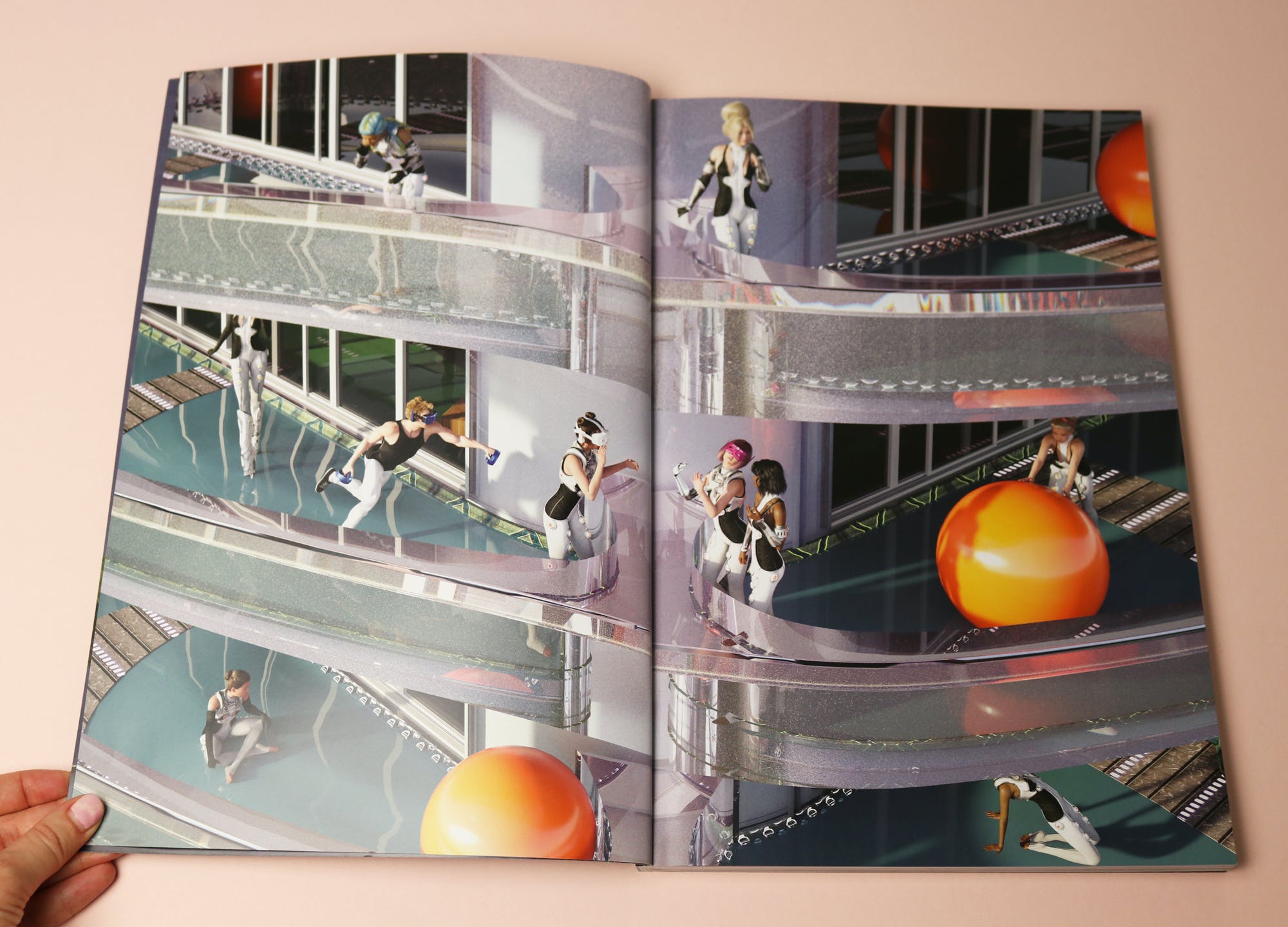 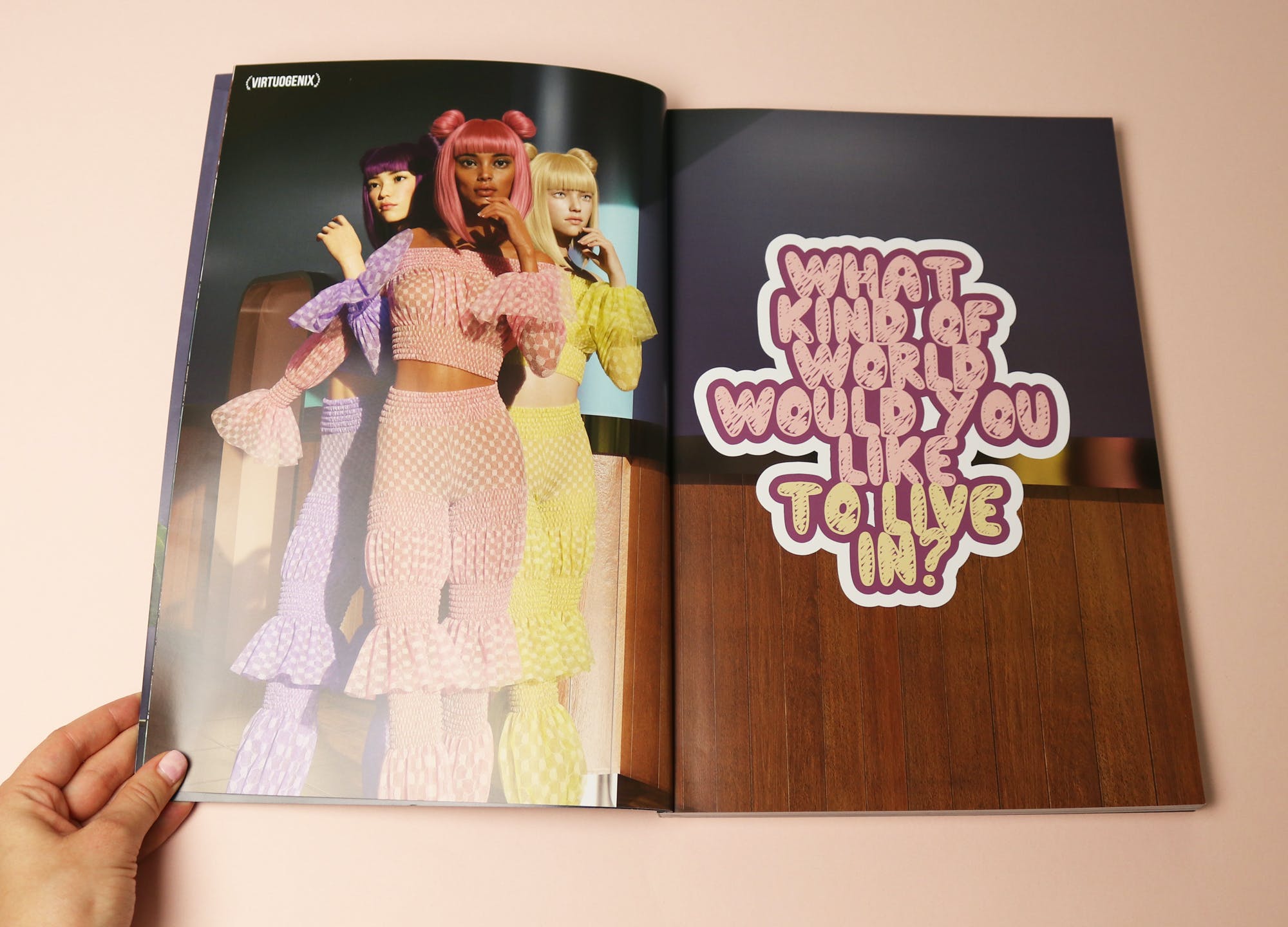 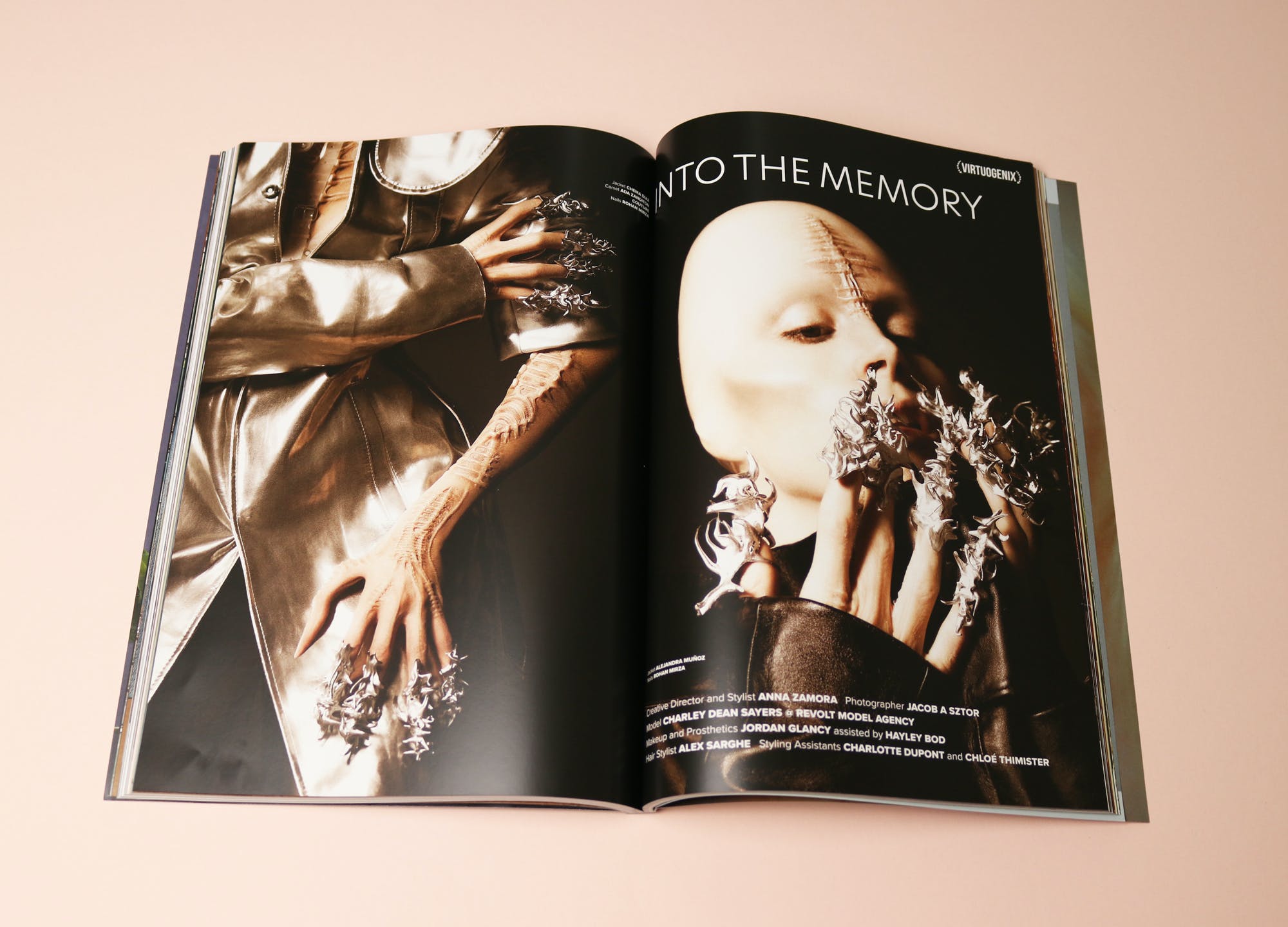 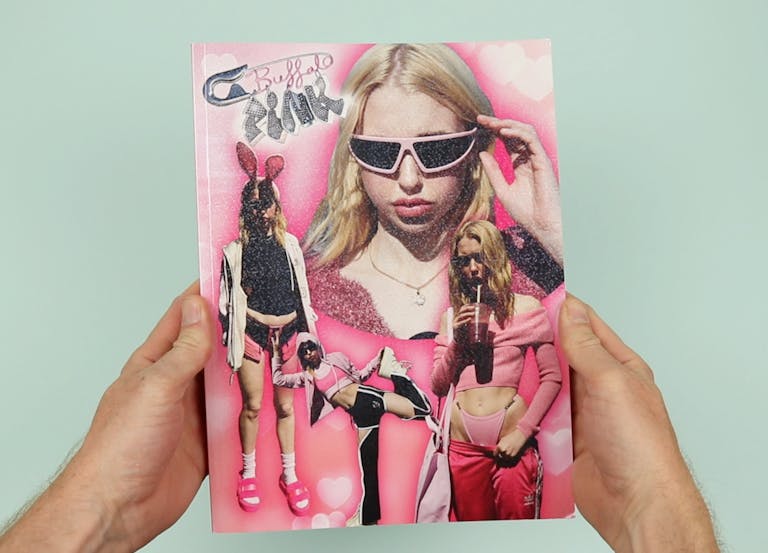 Beautiful and confident, but also dark and restrictive – Buffalo takes on pink 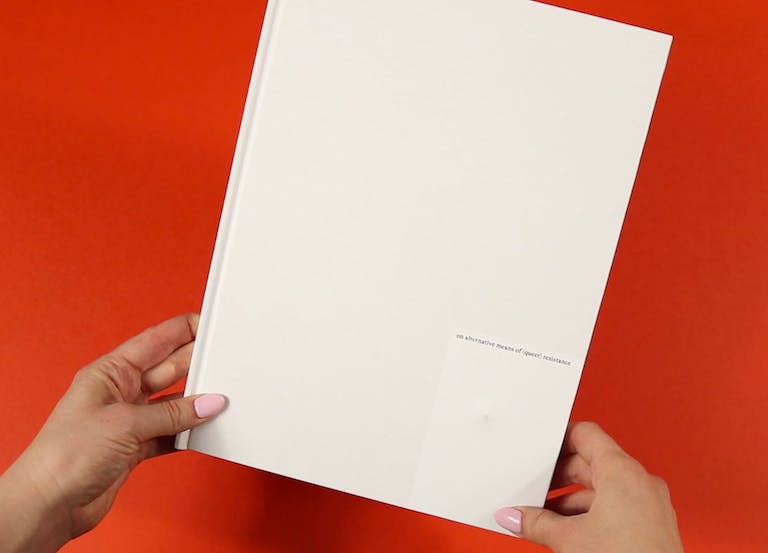 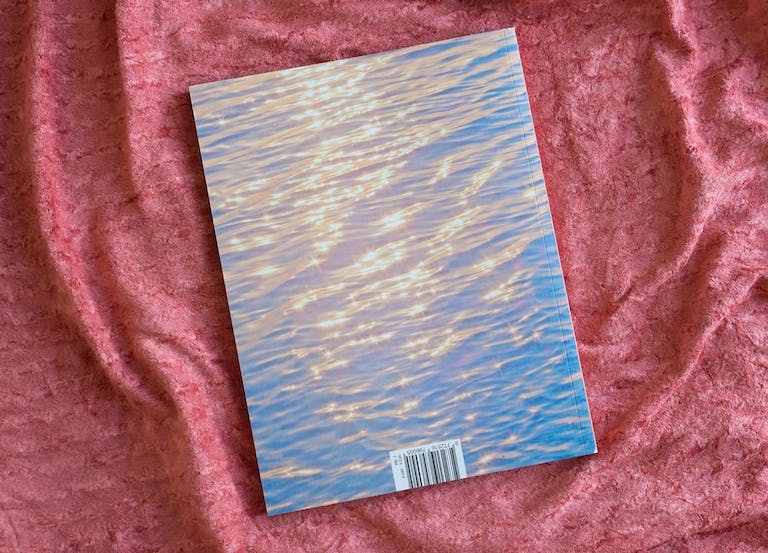 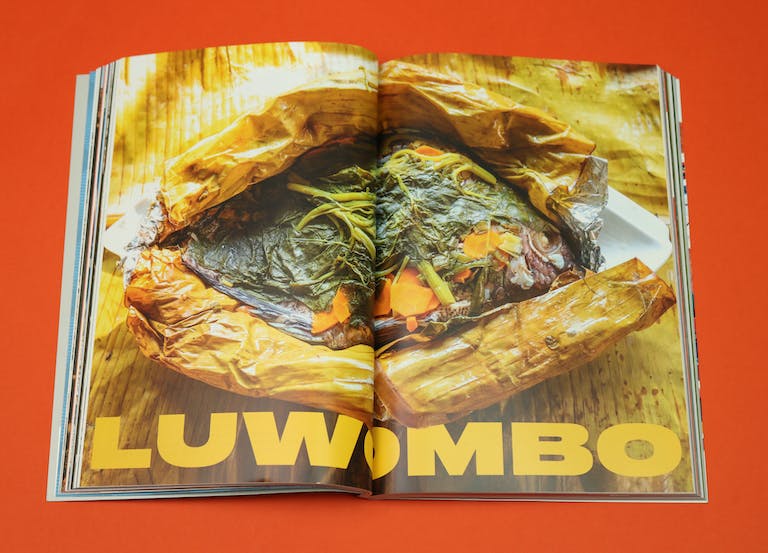 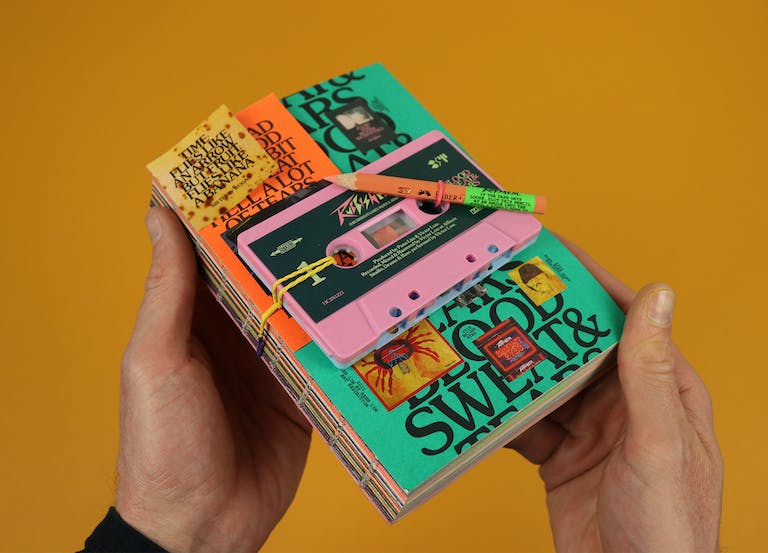