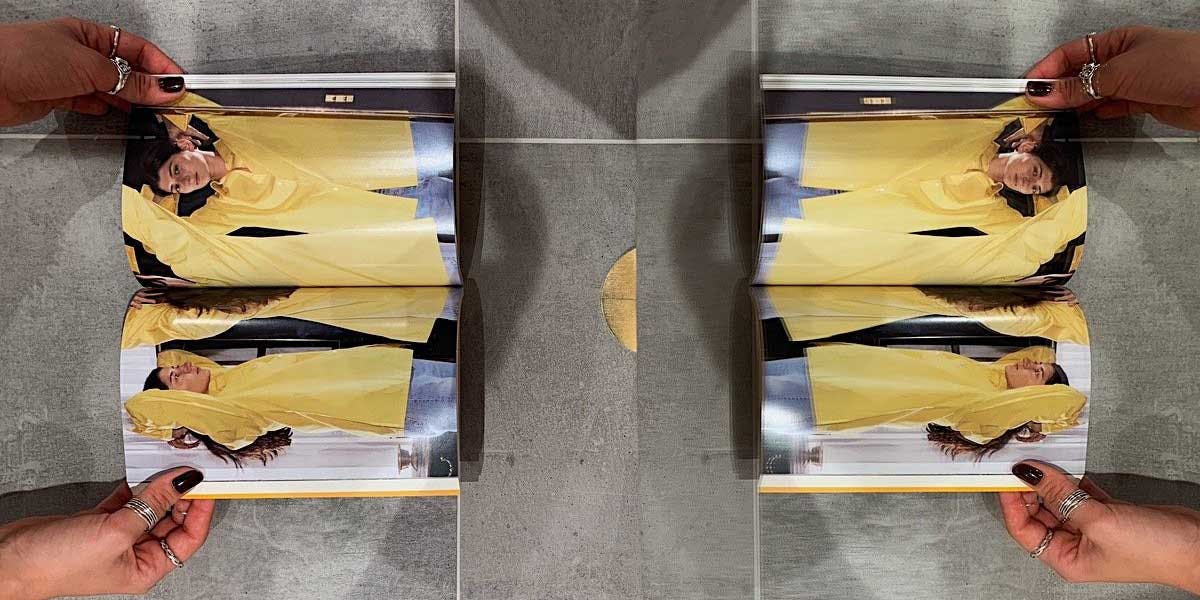 In October, we sent out Parisian fashion journal The Skirt Chronicles on Stack. The latest issue begins by saying that, while people often assume this is a magazine exclusively made for women, it’s actually intended for everyone — or, as they put it: “talented people, skirts, pants shorts and skorts”. That’s something Stack subscriber Joey Gao highlighted brilliantly in his winning photograph of the October delivery. Scroll down for that, below.

While the fashion is beautiful — the suits shoot is guaranteed to make anyone with even a passing interest in clothes feel weak with longing — this is no ordinary fashion magazine. The issue begins with a short story about a sex party, titled ‘ASS’, and features an experimental essay on writing, entitled “Flaubert, Duras, and Stein walk into a bar”. There’s also poetry, some of which is about Tom Cruise.

Throughout, there’s a pleasing haphazardness to The Skirt Chronicles that makes it feel like a private journal, stuffed with fascinating ephemera that has caught the editor’s attention. Stack subscribers loved it as much as we do — here are some of our favourite bits from social media about the issue.

We really love this tweet from Justinien Tribillon, editor of the wonderful Migrant Journal.

The nice thing about being sort-of-done with @migrant_journal is that now I can actually READ the magazine I receive from @StackMagazines • just getting started but Skirt Chronicles is already a great read pic.twitter.com/3qm1O0D17z

Nothing nicer than reading a magazine in bed. This feature on “two cloth tubes” looks particularly great up against the covers.

Excited to see my first @StackMagazines in the post. 😍 Beautiful publication called The Skirt Chronicles. Especially love this section on "two cloth tubes" because that's just what trousers are, am I right? pic.twitter.com/8OvQixuuiL

We’re in love with this boomerang.

I’m glad to open this incredible magazine I receive from @StackMagazines pic.twitter.com/VjMTPBiYLL

Joey’s picture of The Skirt Chronicles in his wardrobe is our winner this month. Money-can’t-buy Stack T-shirt on its way.

Yup, you can wear pants and enjoy the latest delivery from @StackMagazines – The Skirt Chronicles. pic.twitter.com/xTgHqmxcsG