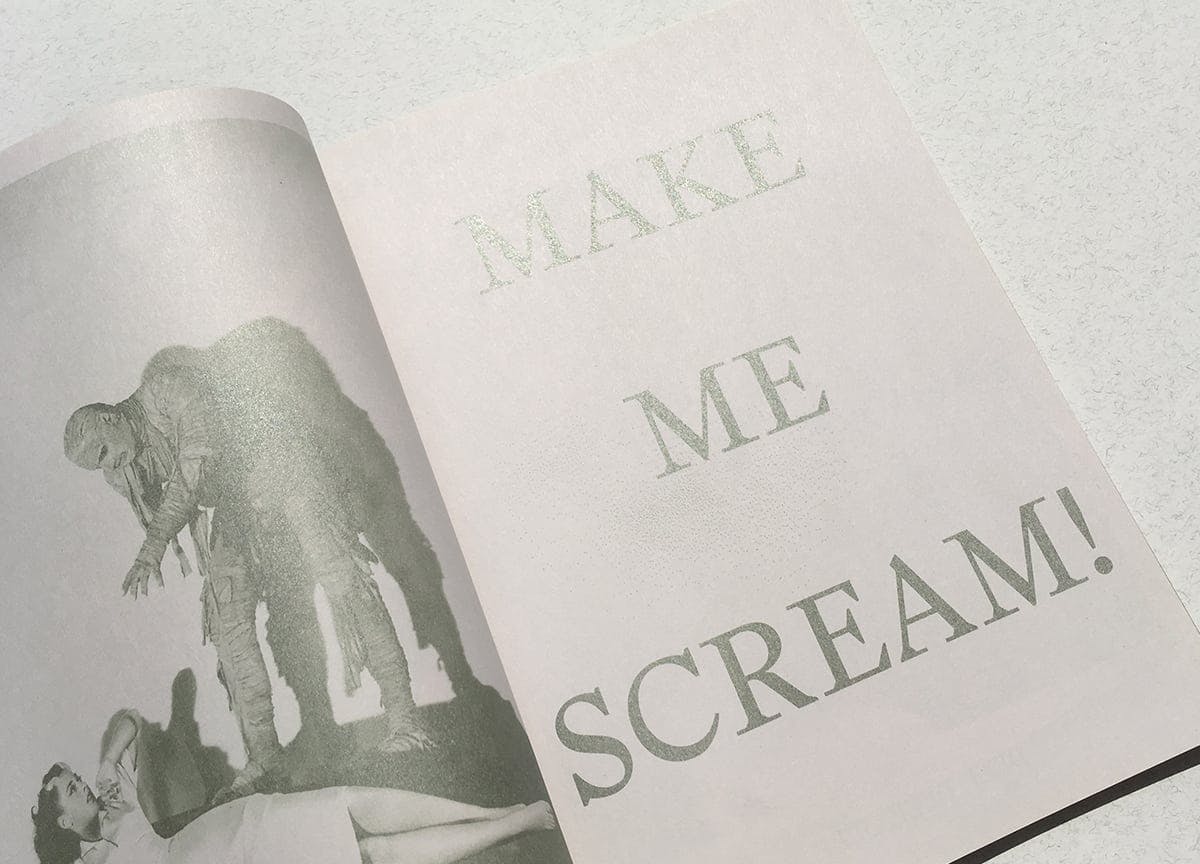 Horror, feminism and inner demons: we talk to Suspira magazine

I’m definitely a wuss when it comes to horror films, but when I heard that Dreadful Press is launching a new title on this genre, I knew it would be something surprising and fascinating. Glorying in macabre tales and horrors of the human psyche, Suspira is the new magazine from the publishers of the modern witchery title Sabat.

Dissecting sinister subjects in film, art and literature through a feminine lens, it’ll make you see the genre in a completely new way. We talk to editor Valentina Egoavil Medina about their inaugural Monster Issue. 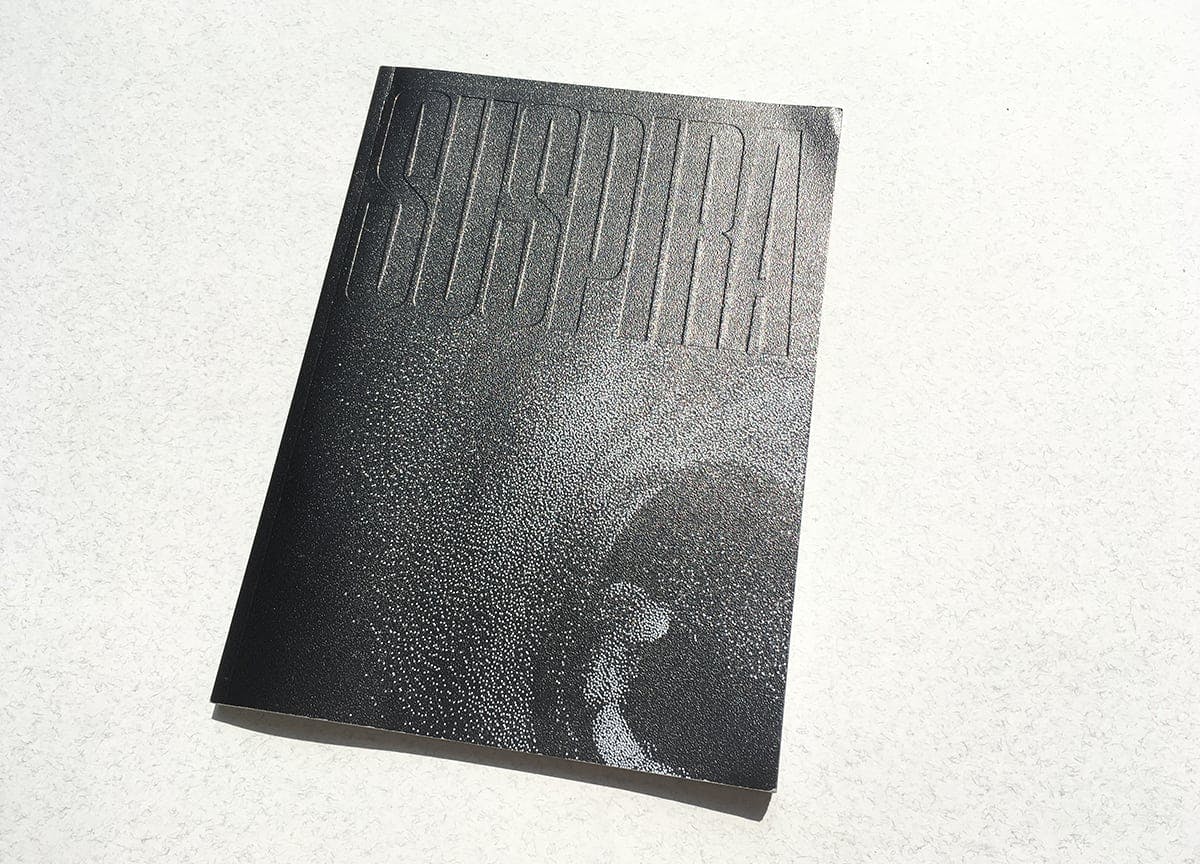 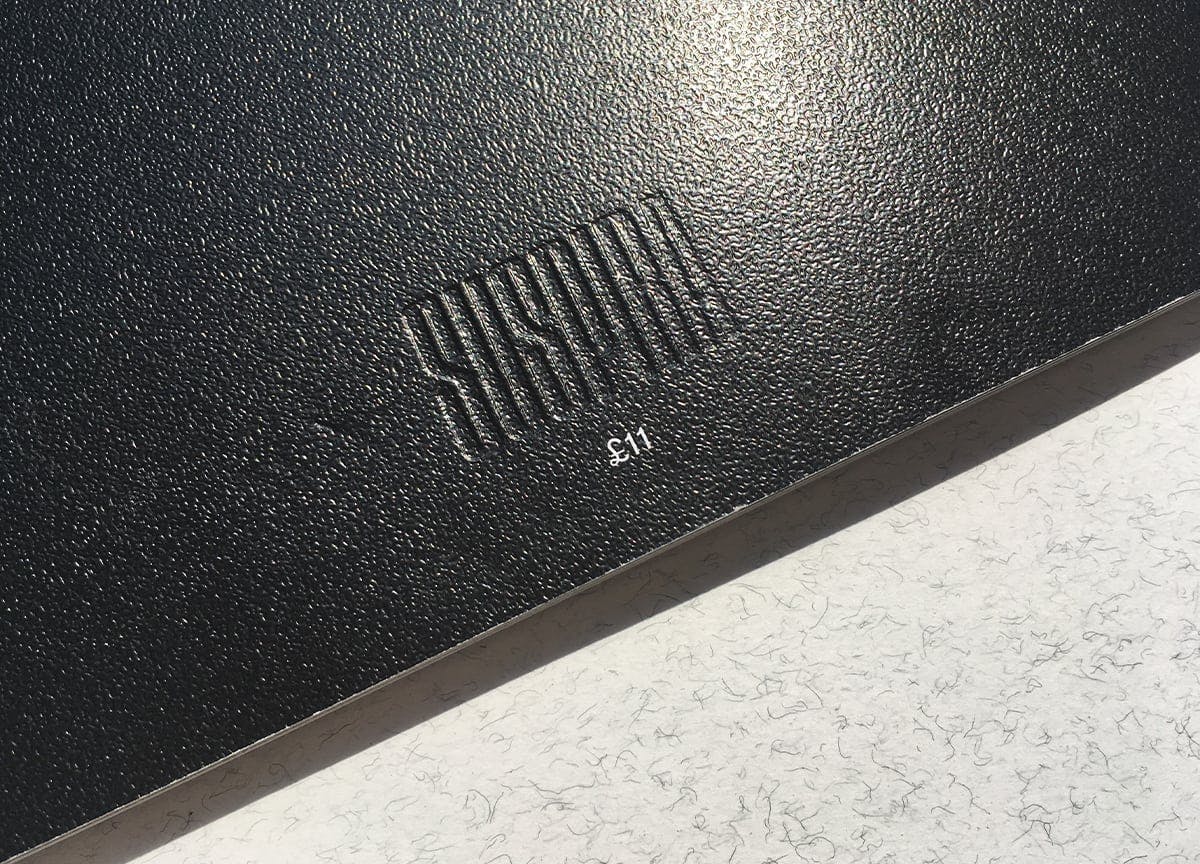 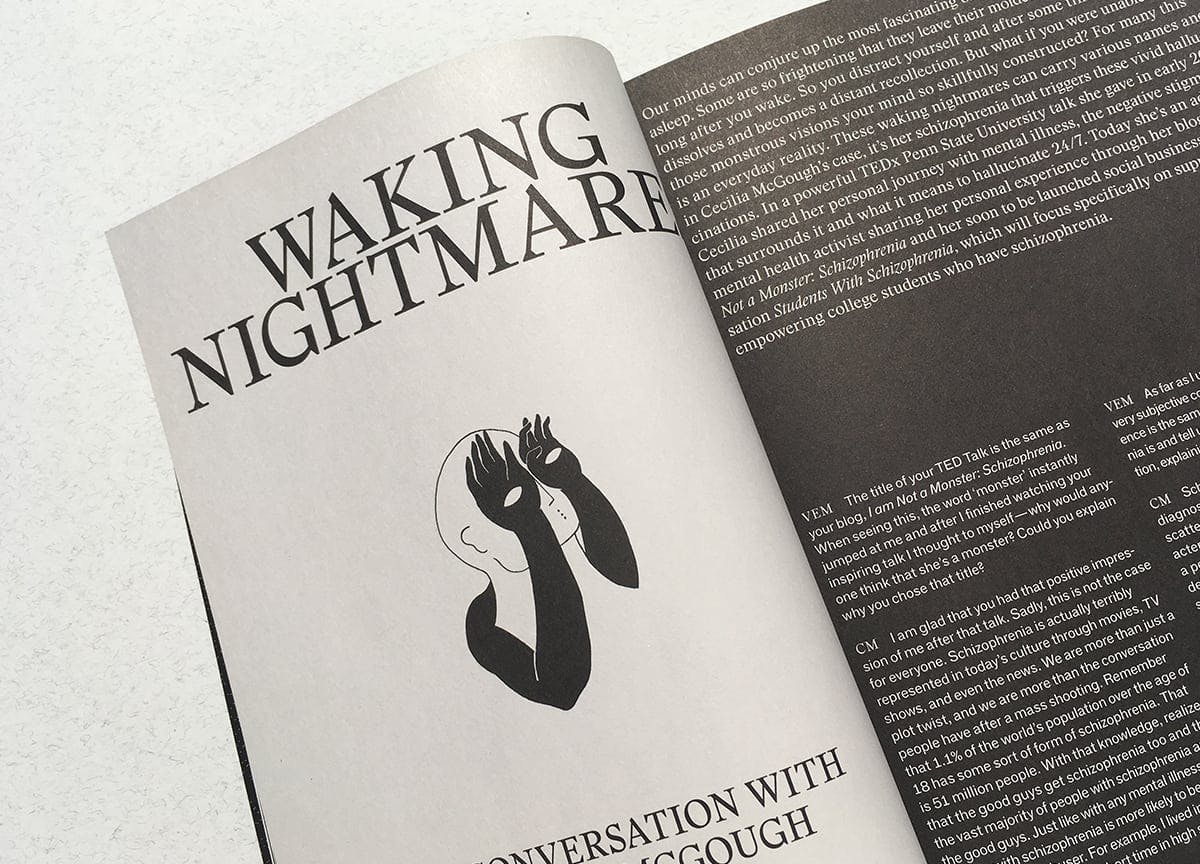 I must admit I’m a bit squeamish when it comes to horror films, but Suspira made me see the genre in a new light.

That actually makes me really happy as that was definitely one of our intentions. I’ve personally been into horror from a very young age and for most of my life people unfamiliar with the diversity of the genre found that very odd (and at times even scary). I always had to explain and justify my affinity for it. There is so much more to it than death and violence. For example, I’m not a big fan of gore but I’m intrigued by the fact that other people are.

From Frankenstein (1931) and Rosemary’s Baby (1968) to recent releases such as Get Out (2017), horror has always been a reflection of contemporary society, almost acting as cautionary tales. With Suspira I wanted to dissect macabre topics in a way that would make people understand the psychological, cultural and artistic value of the genre.

We approach the genre with a sensitivity that hasn't always been granted in the past, partly due to a desire to please primarily a male audience

In addition to that I wanted to challenge the misconception that horror as a genre and as an industry is predominantly male. By having a conscious dose of femininity, be it through the voices of our contributors or the topics we cover, we shift the focus towards women who have played a key role in the genre, be it in fiction or in real life. We approach the genre with a sensitivity that hasn’t always been granted in the past, partly due to a desire to please primarily a male audience. 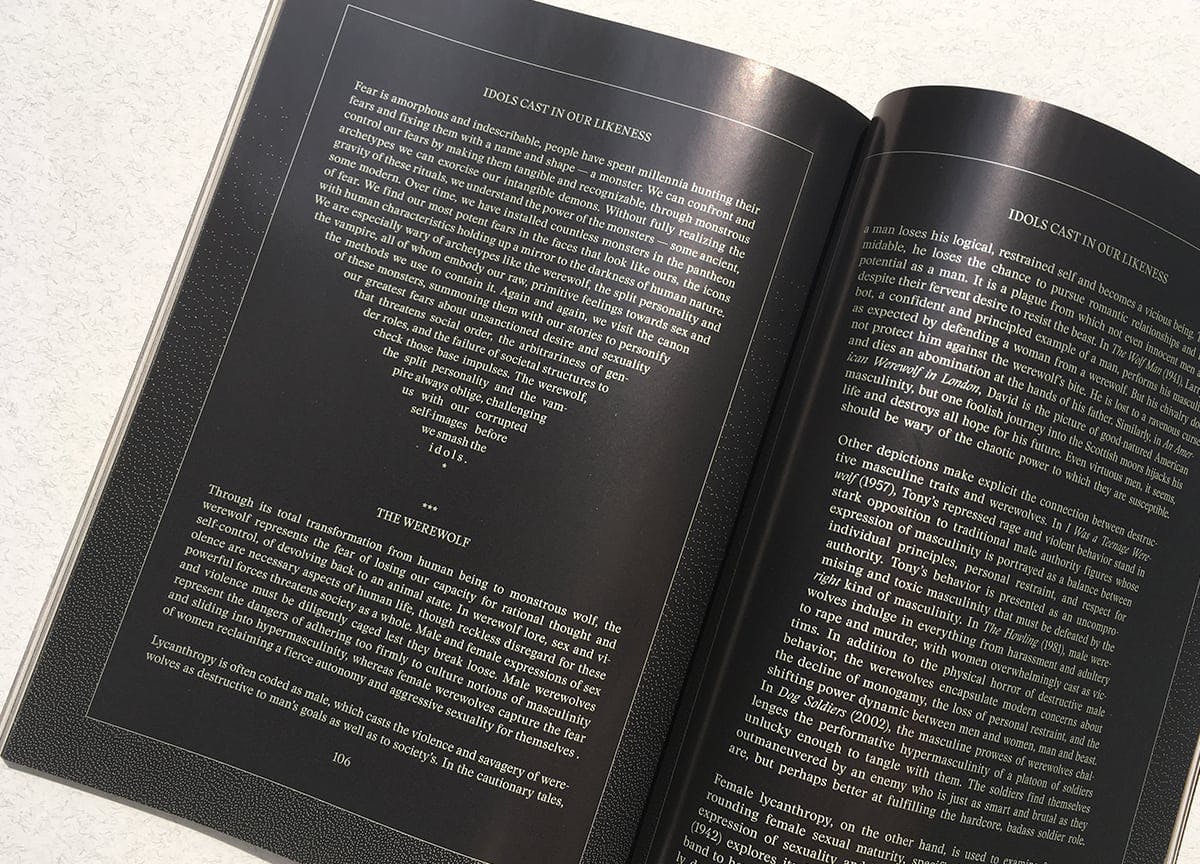 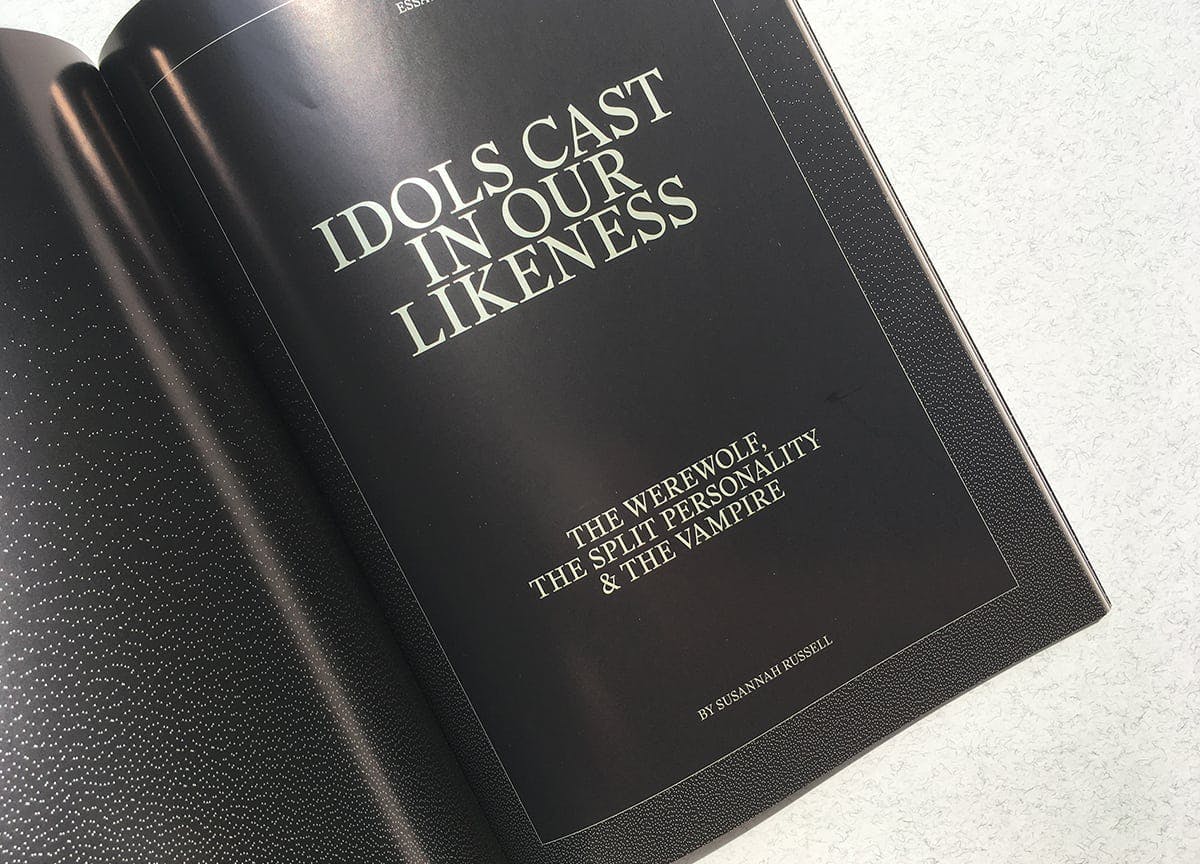 I definitely felt the same excitement as when I first read Sabat, of gaining empowering feminist messages through topics I wouldn’t normally come across.

I was very keen to show how accurately horror films, in particular monster films reflected the views on male and female sexuality of their time. For our Monster Issue, Susannah Russell wrote an incredibly insightful essay on the sexual representation of the monster. One of my favourite examples here is the way lycanthropy (the transformation from human to wolf) is presented when it’s portrayed by a female character in comparison to male character.

In The Wolf Man (1941), the main character performs his masculinity by saving a woman’s life, which leads to him being bitten by the werewolf. In Cat People (1942) the role of the ‘monster’ fears that she will transform into a panther if aroused to passion. Here, female lycanthropy is an inherited condition and depicts the fear of female emotions and sexual maturity, while male lycanthropy is a consequence of his chivalry. I highly recommend Susannah’s essay on this! 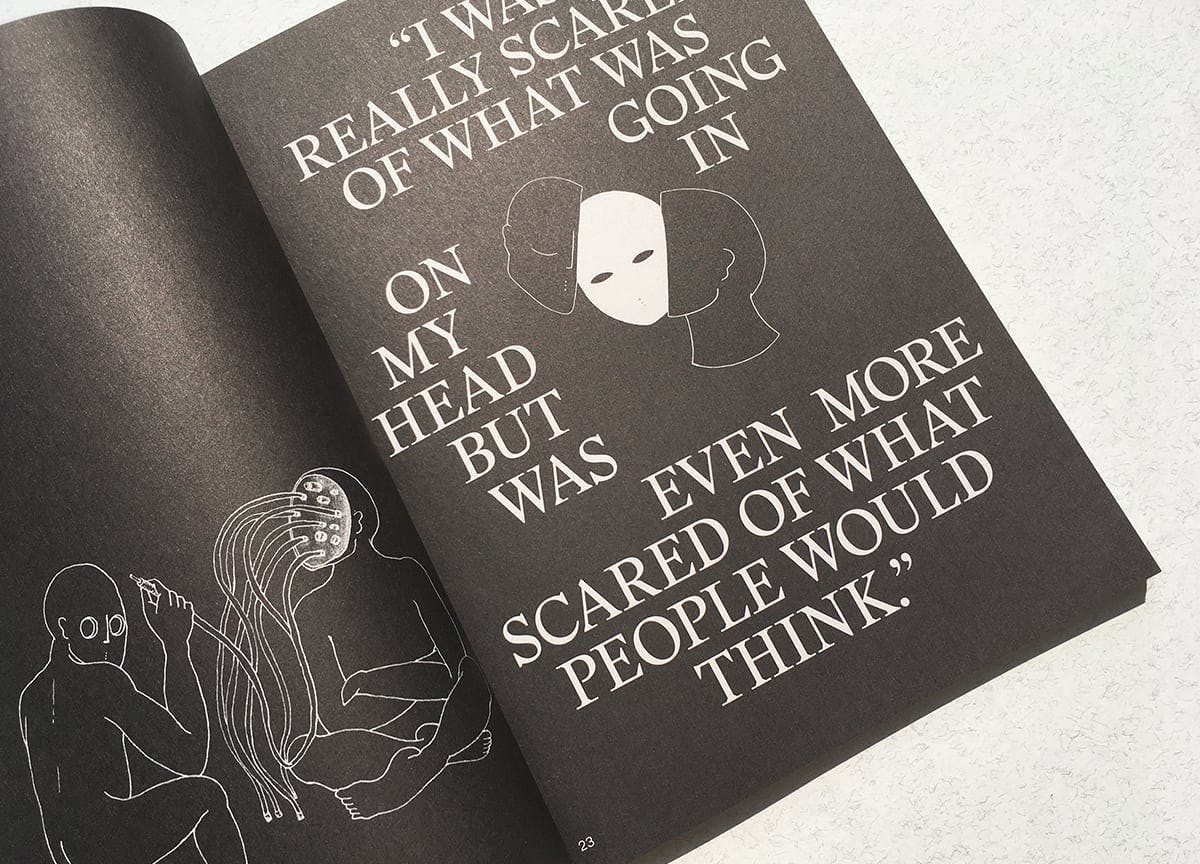 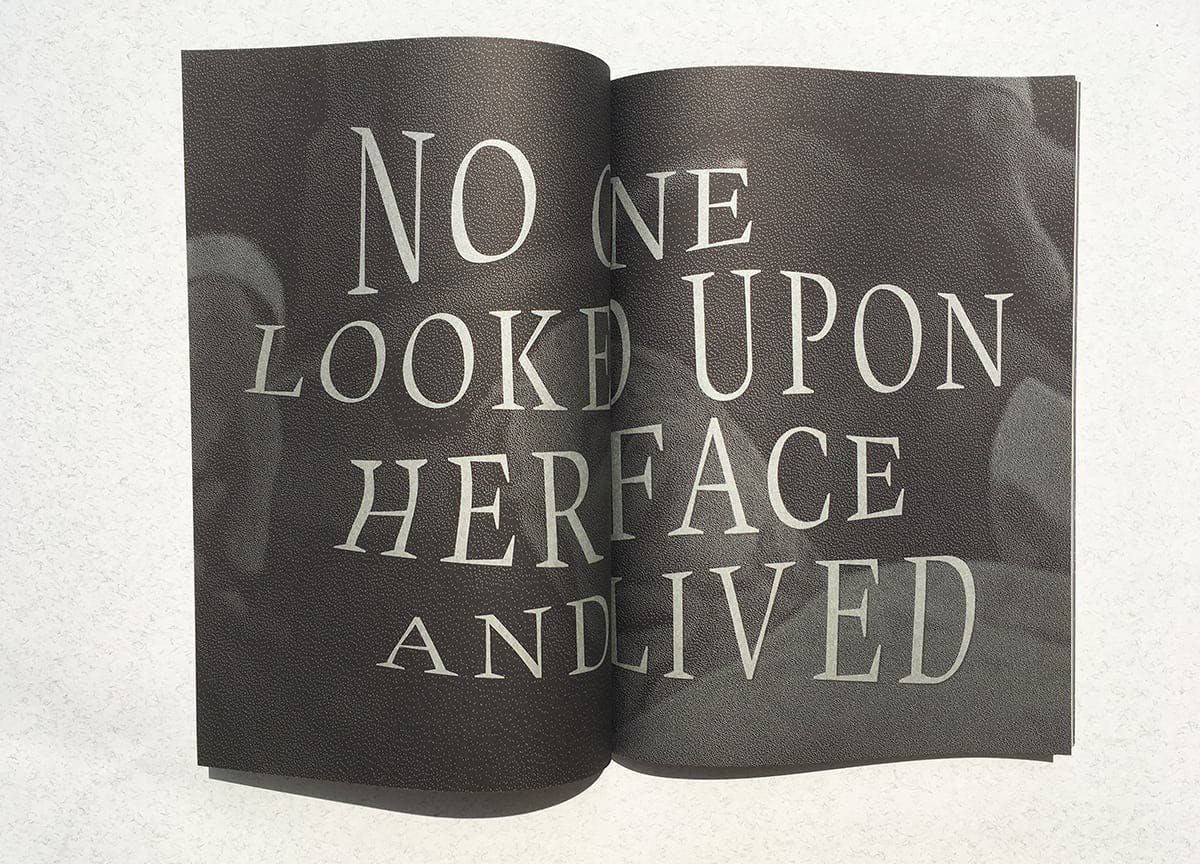 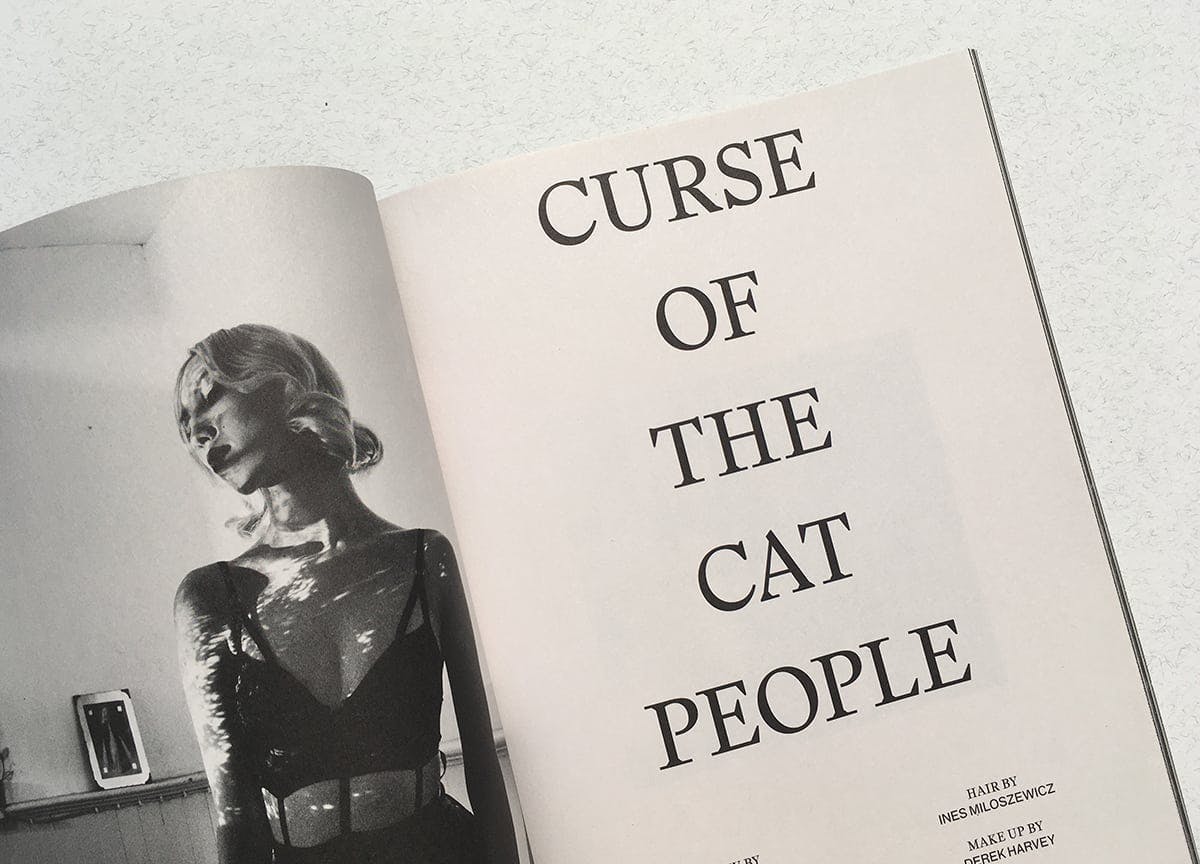 Many of the features in the Monster issue deal with internal or cultural ‘horrors’. Why was it important to talk about this as well?

Personally, I believe that real life is far scarier than fiction. The news and certain people’s views and behaviour scare me more than any horror film ever will. Currently we are surrounded by quotes of motivational, positive thinking which to an extent is wonderful and necessary. This discourse, however, can become one-sided very quickly – positive feelings are praised and something to strive towards at all times, leaving no room for the acknowledgement of negative feelings.

But that’s just not how the human psyche works or even thrives. All emotions are valid and useful – sadness can be cleansing, anger can be cathartic. As humans we all have a light and a dark side and ignoring or even repressing that can be very unhealthy. My hope is that by opening up stigmatised topics, be it in a serious or a humorous way, we can learn to accept that everything, the good, the bad and even the scary is part of the human experience, our culture and our history. By doing so, we can learn to face and even overcome our fears.

Aviv Grimm writes in this issue about embracing the darkness inside her, as it made her more empathetic. How do you wrestle with internal demons?

Aviv Grimm’s piece is one of my favourites, she writes in such a relatable way and I myself apply some of her techniques. Writing and music are two essential coping mechanisms for me. Writing helps me sort through the maze of my thoughts. Through writing I’ve learned to appreciate and embrace my inner demons, they haunt me but also teach me a lot about myself. When certain thoughts get too loud, overwhelming and/or destructive, loud music is my ultimate tool – I put on the darkest doom metal I can find on my playlist while I burn some Palo Santo. It helps me to snap out of it slowly but surely. 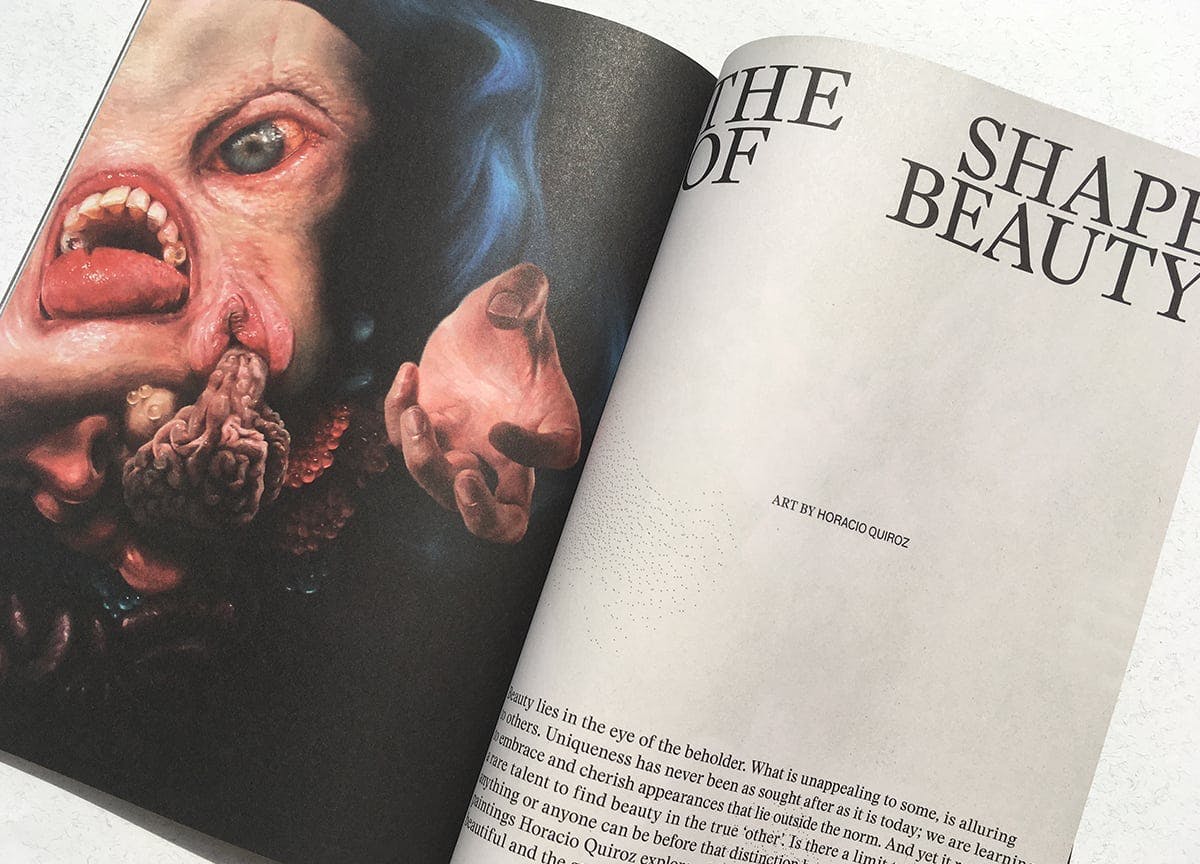 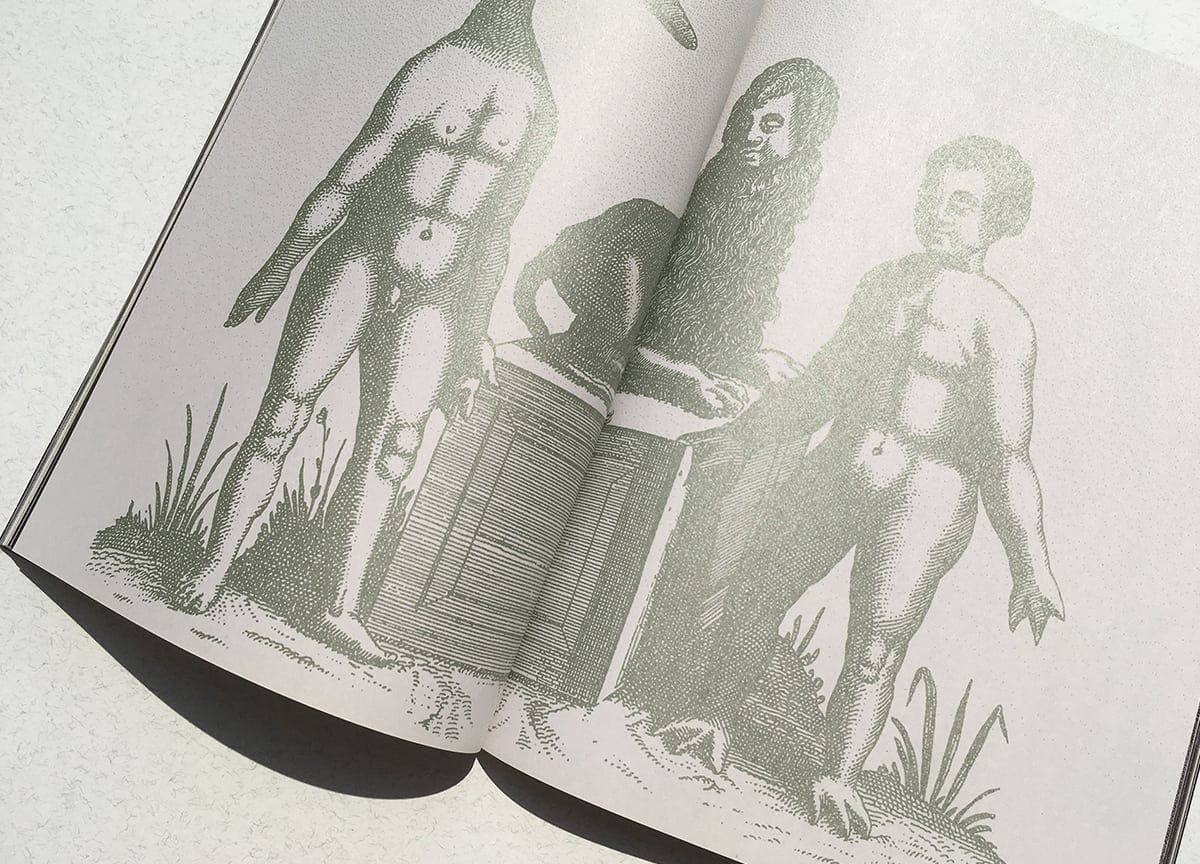 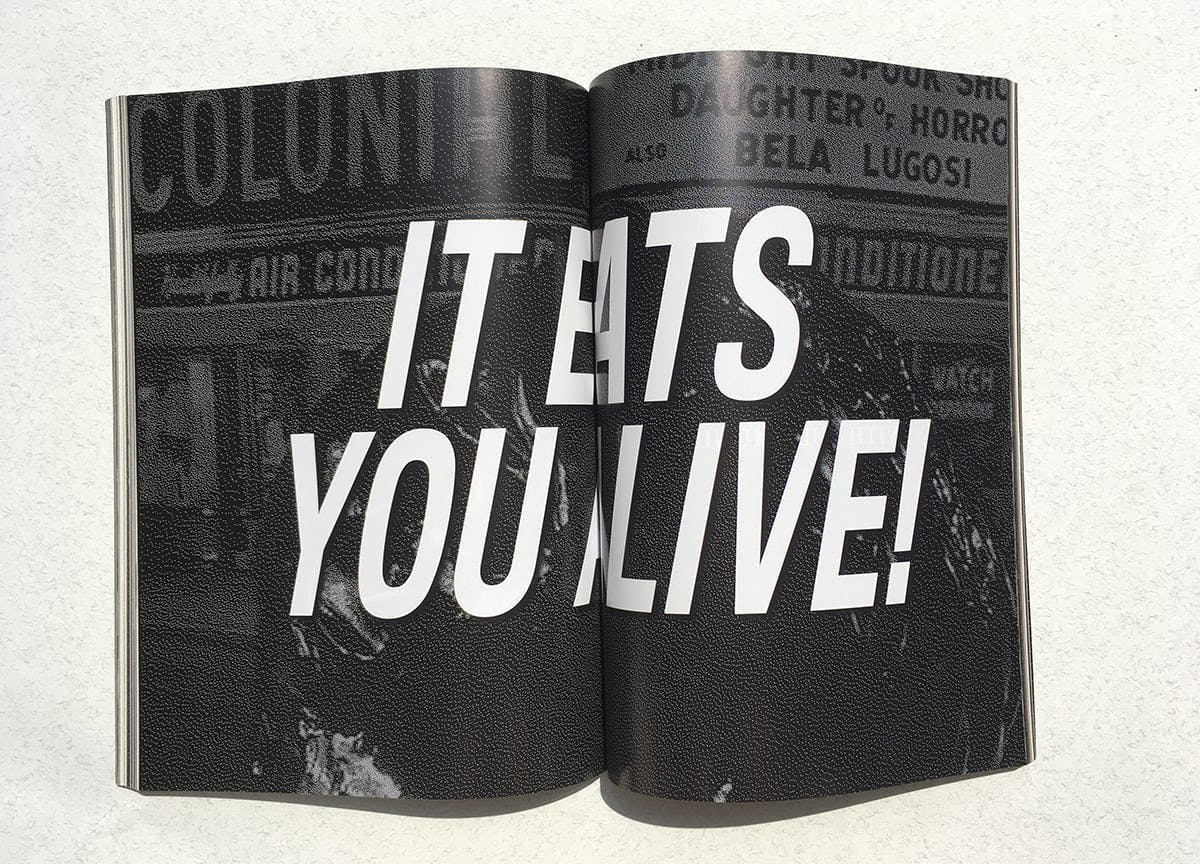 Classic horror typefaces, silver inks — tell us about the inspiration behind the design…

I love the aesthetic of classic films such as The Black Cat (1934), Creature From The Black Lagoon (1954), Eraserhead (1977) and Suspiria (1977) among so many others (below). Dario Gracceva and Aldo D’Angelo of Studio Fax, who designed the issue, are huge cinephiles, so the style and detail of these artworks were certainly one of our starting points to build on the design. 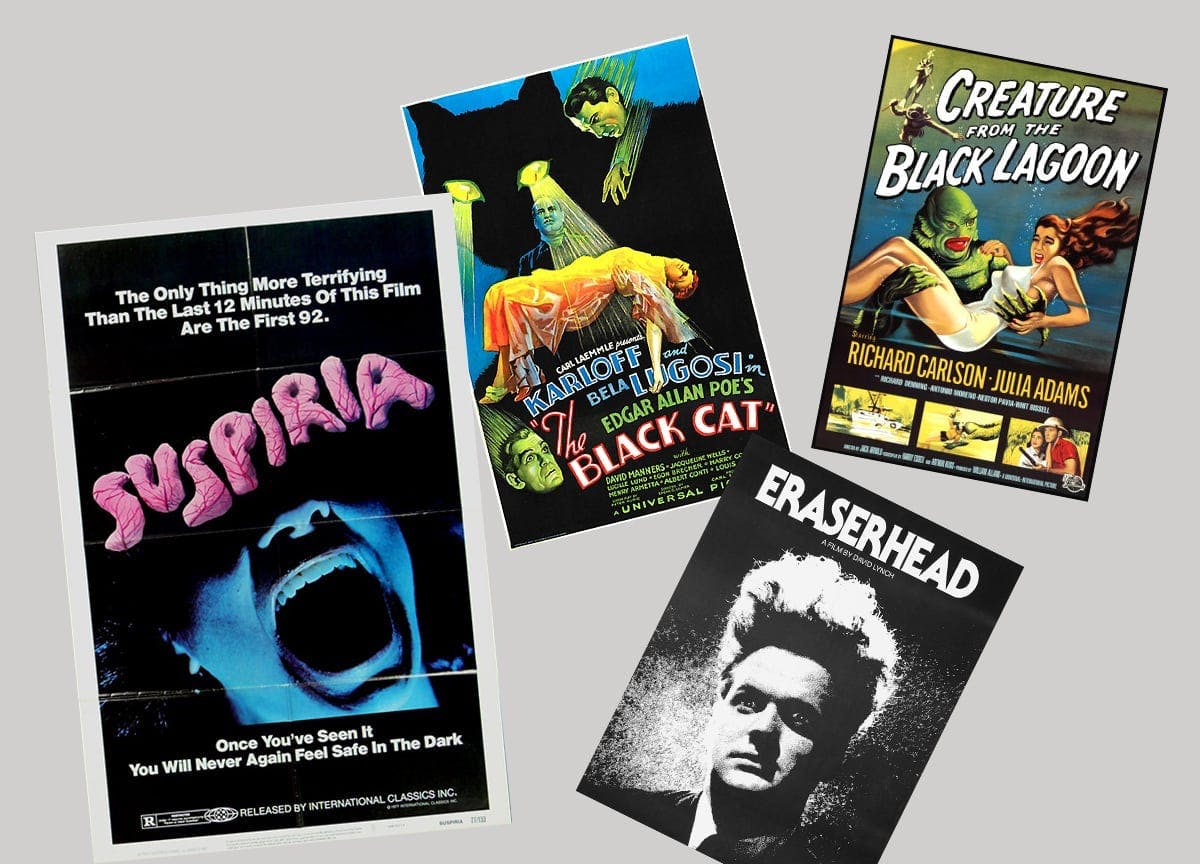 Every issue of Suspira is themed, loosely focusing on a subgenre of horror. So, for the Monster Issue we focused in part on the era of the Universal Monsters and Hammer Films between 1920 and end of 1950. The idea to work with metallic pantone was Studio Fax’ idea and I fell in love with it instantly. Personally, I think it gives the magazine a certain softness and femininity. I also made the instant connection to the term “silver screen” and I’m a sucker for anything with hidden meanings.

We definitely focused a lot on implementing classic horror elements and positioning them within a sophisticated design context. Like a beautiful beast, the magazine contains elements that repulse you as much as they entice you.

What’s next from Dreadful Press?

Sabat is launching its first tarot deck very soon which is very exciting and at Suspira we’re currently working on the second issue which will be launched just in time for Halloween. 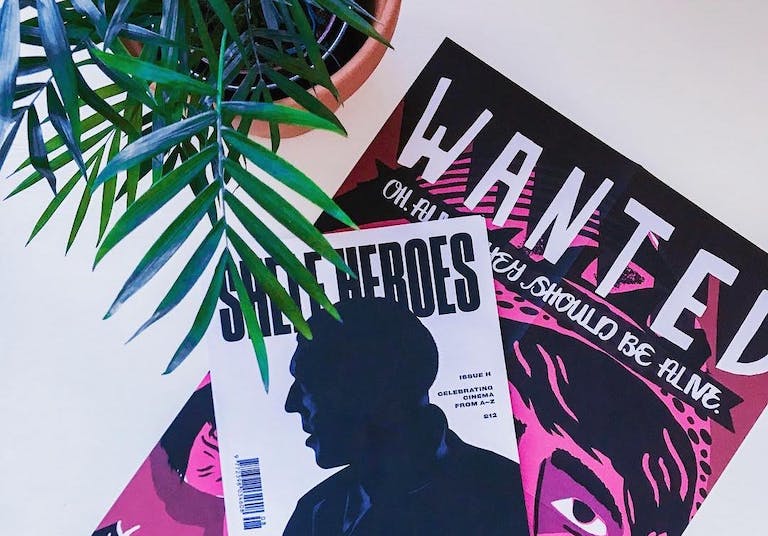 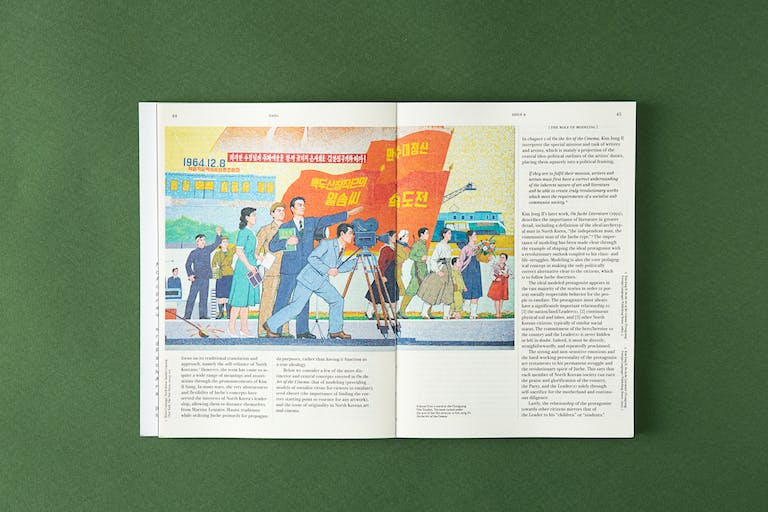