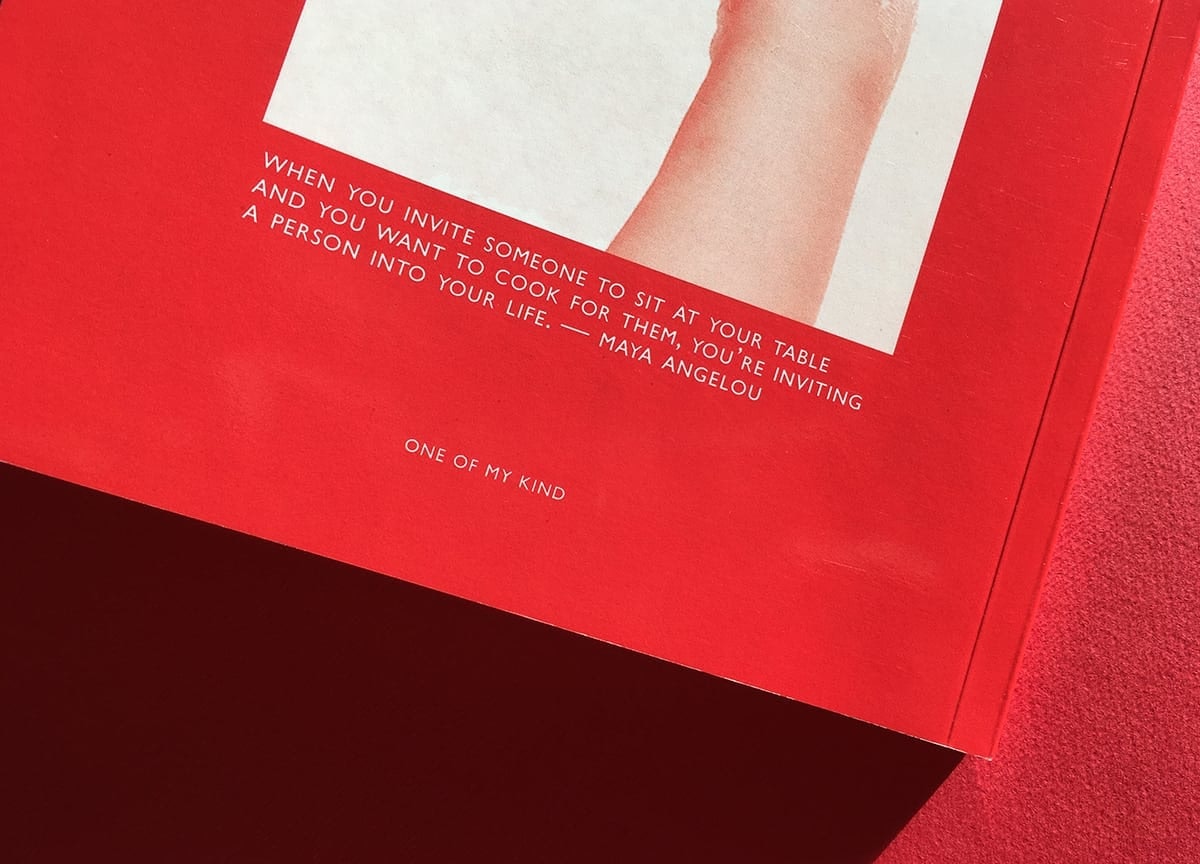 There’s so much to love about OOMK. An acronym for One Of My Kind, the publishing practice focusing on women, art and activism is constantly putting out inventive projects, from a study of Malaysian publishing to a community risograph print studio. But most people know them for OOMK Zine, the biannual title giving thought on the imaginations, creativity and spirituality of women.

Their sixth issue ruminates over food, speaking to chefs, graphic designers, writers and friends, people who adore cooking and eating, not only as an enjoyment but as an irrepressible, defining force in their lives. Read on for editor Sofia Niazi and assistant editor Heiba Lamara’s thoughtful answers to our questions about the issue. 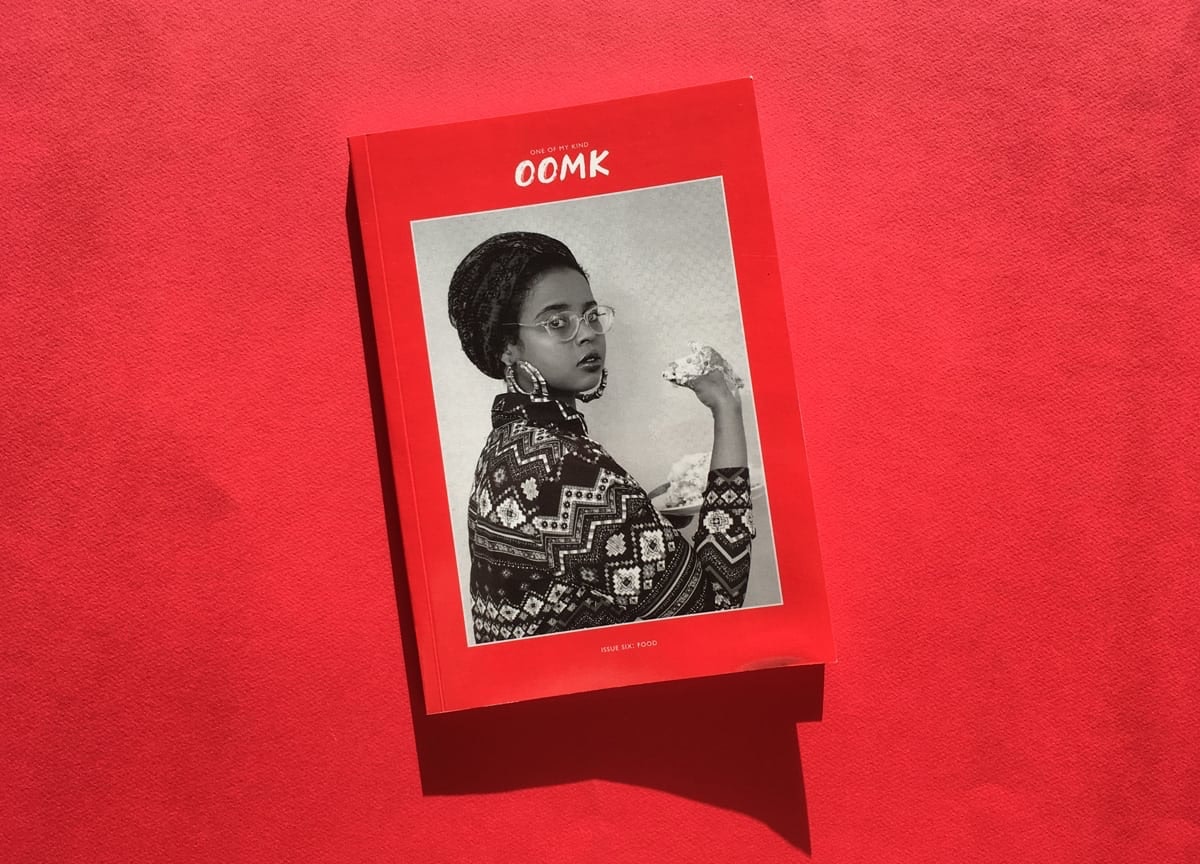 ‘Food and Gentrification’ discusses the fetishisation of chicken shops, amongst many other interesting topics. What are some of the damaging effects of the trend?
Sofia: We wanted to explore what gentrification actually meant in terms of power and lived experiences. Conversations about the subject are often linked to the emergence of coffee culture and rising house prices but we rarely hear textured accounts of how areas have changed over time and how these changes are experienced by those who live within them. We wanted to find out what food says about the movement of wealth, power and people. In the piece, Hudda Khaireh (researcher) and Pelin Keskin (food writer/producer) discuss the way in which their food landscapes have changed over time, what cafes and restaurants mean/t for migrants and survival, and how space and access to it is always political.

What are some important things Ruby Tandoh’s cookbook (Flavour) champions, that don’t exist elsewhere in food publishing?
Heiba: So many artisanal cookbooks and ‘home-cooking’ style books, while beautiful, often sell an aspirational lifestyle that have the potential to invite a hunger and dissatisfaction that have nothing to do with food. One of the things that stood out to me when reading Flavour was that I would feel wholly comfortable giving it to almost anyone I knew regardless of their income or their relationship with food and eating, or skill in the kitchen.

Flavour is simple, honest, generous and vivid. At first this seems unremarkable, but there is a choice/care around language, ingredients and presentation in Ruby’s book that forms an unspoken resistance of so much — elitism, anxiety around ‘health’ and wellness’, the cult of the expert/celebrity, heavily curated aesthetics — all of which derive from her politics. I’m a big fan of Ruby’s food journalism so it was interesting for us to gain some insight into how a cookbook can carve out a thoughtful and inclusive space and convey a sensibility through delicious recipes. 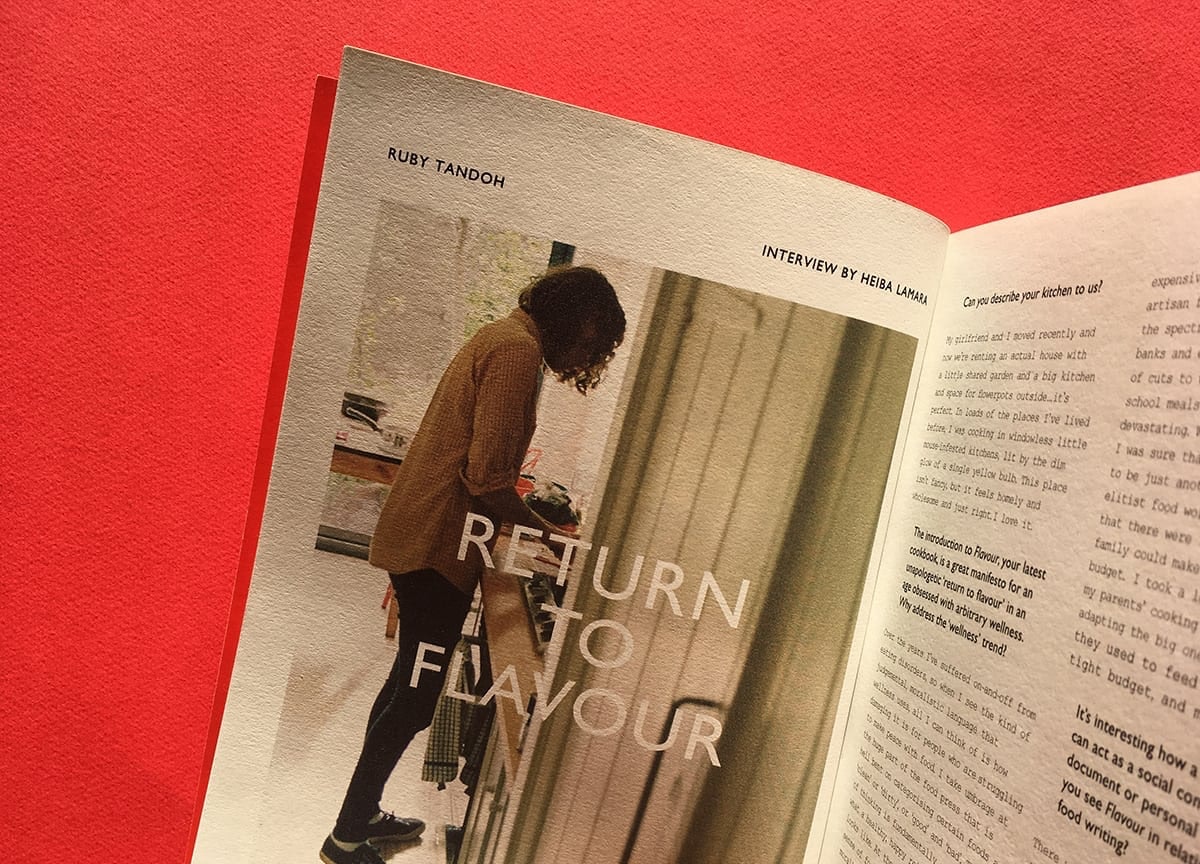 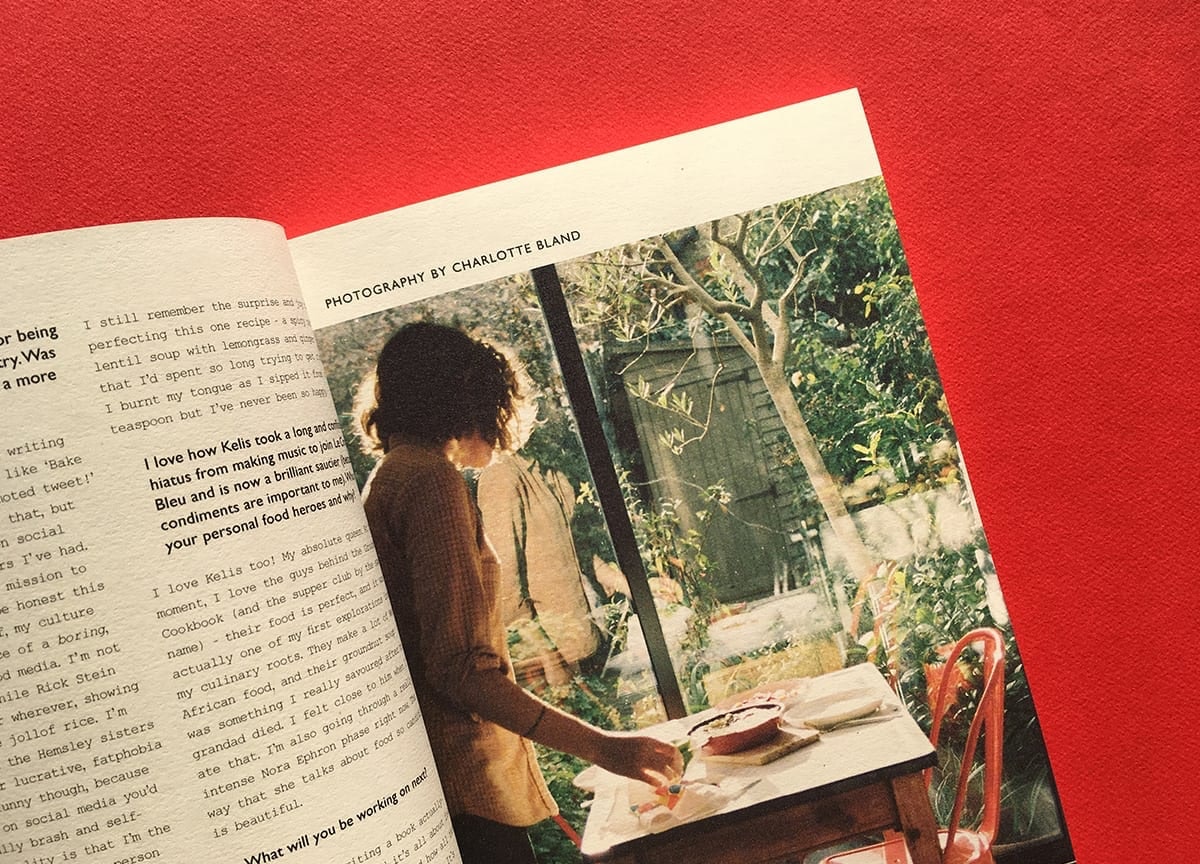 ‘Food Fight’ was one of the most honest and thus informative exchanges on eating disorders I’ve read. The interviewee, Sana, is a personal friend of Sofia’s, which made me wonder what it was like to put that feature together…
Sofia: It was one of those pieces that you do because you really want to know and learn something. I’ve known Sana since I was five years old so there’s not much that I don’t know about her, but her eating disorder was one thing that I had steered clear of discussing. It’s been some seven years since she began her recovery so I felt like I could finally talk to her about it in a way that wouldn’t be damaging.

She was happy to go ahead with the interview, it was meant to be over email with really carefully considered questions and responses (mainly to avoid the horror of transcribing) but we ended up recording ourselves chatting about it one day when we were hanging out at a local cafe. Like most friends and family of ED sufferers, I wanted to know how the heck it happened, I felt so grossly involved and neglectful — her condition was so urgent at the time and she was very close to literally dying, so any questions I had just felt like morbid curiosity and not at all helpful for her to talk about.

I asked her about everything for the interview though, I think it’s helpful for others to know exactly what happens, the gory details and the telltale signs. I wanted to know what she was thinking at the time and what she told herself, I was really surprised with the answers, I’ve had some quite fixed ideas about what I thought was going on, but I realised how wrong I was about what she was thinking, how she felt and what her motivations were. It was so reassuring to hear her analysing the effects of the disorder and being able to look back at herself from a relatively safe distance, she has some really good advice for the loved ones of people suffering from an ED. At a time when it’s becoming more and more difficult to access professional support for mental health, I think it’s really important to equip ourselves with as much info as possible to help ourselves and others. 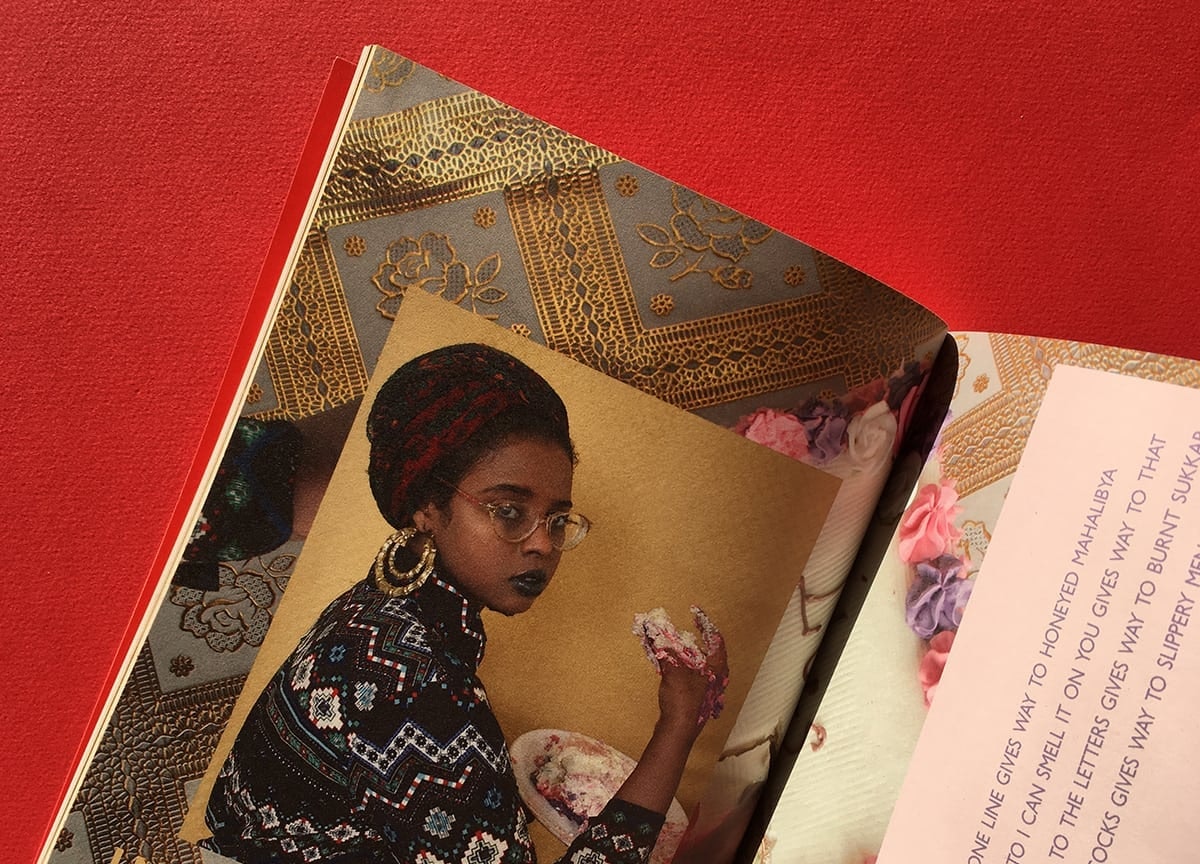 Annie Atkins had so many interesting things to say about being a graphic designer on films (below). What was something you learned from speaking with her?
Heiba: It was interesting to learn how much control Annie’s work had in advancing or withholding ‘authenticity’ in a film, and the balancing act between historical accuracy with the visual communication a contemporary audience expects. The tactility of her work and the level of detail overall is fascinating – from every handwritten note to the pattern of the carpet. It didn’t make the final cut but she spoke briefly to us about her work on Bridge of Spies and how the food packaging she designed and the vintage brands were used to create quite a specific time period in Cold War era New York and Berlin. We wanted to create a little snapshot into the relationship between what you get to see and the research and labour resting quietly under the surface. 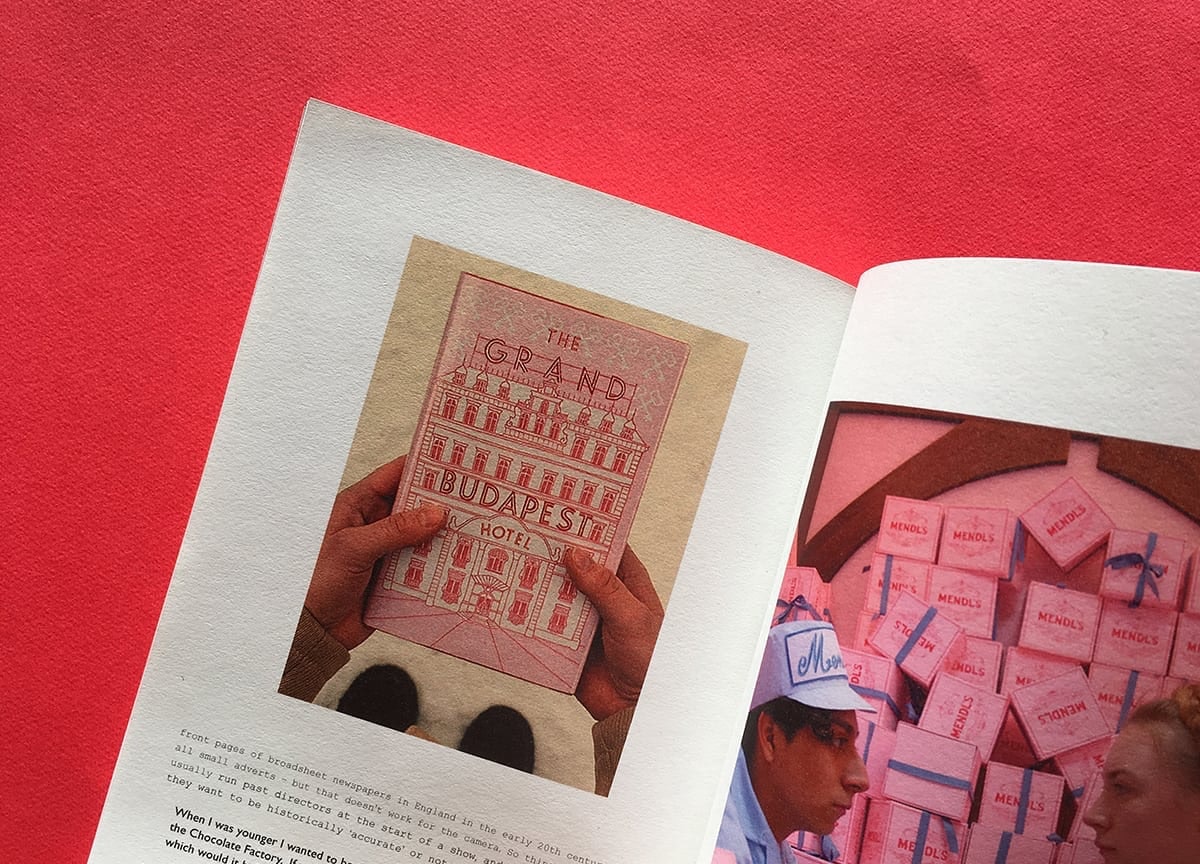 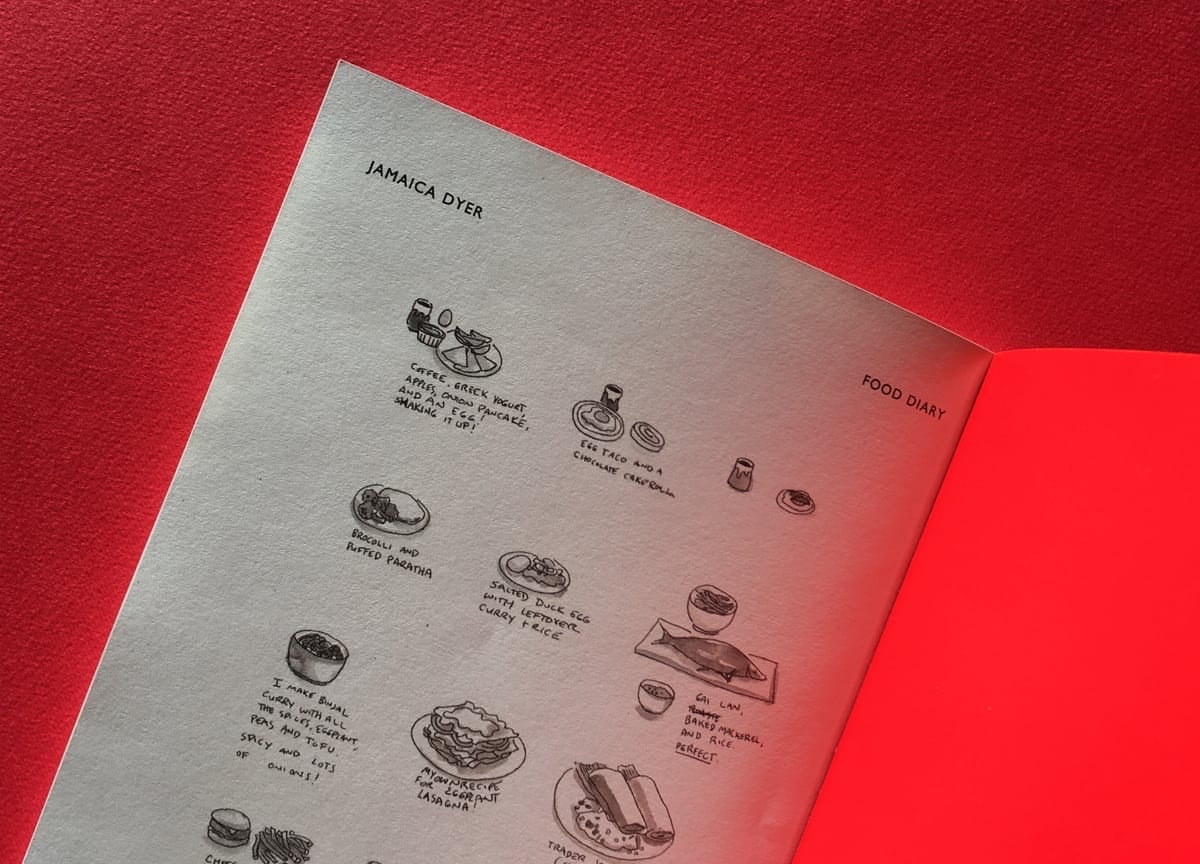 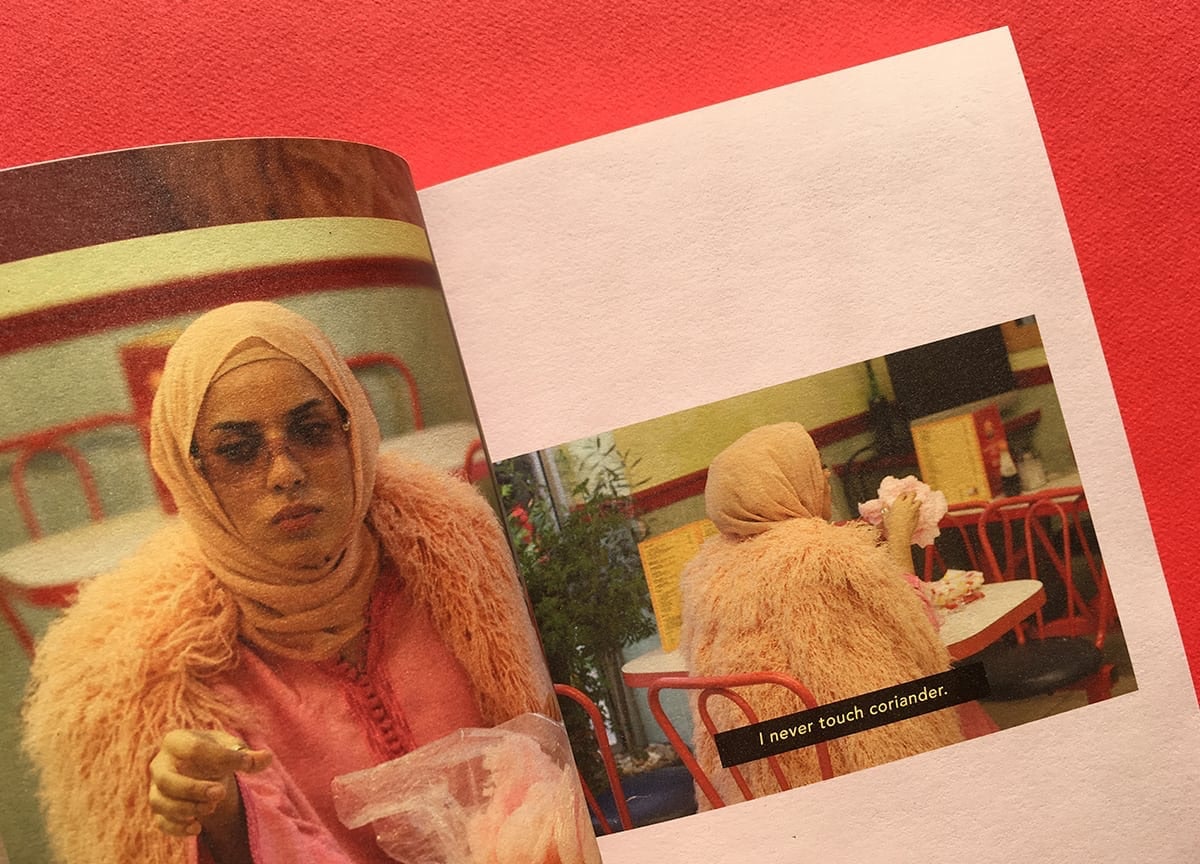 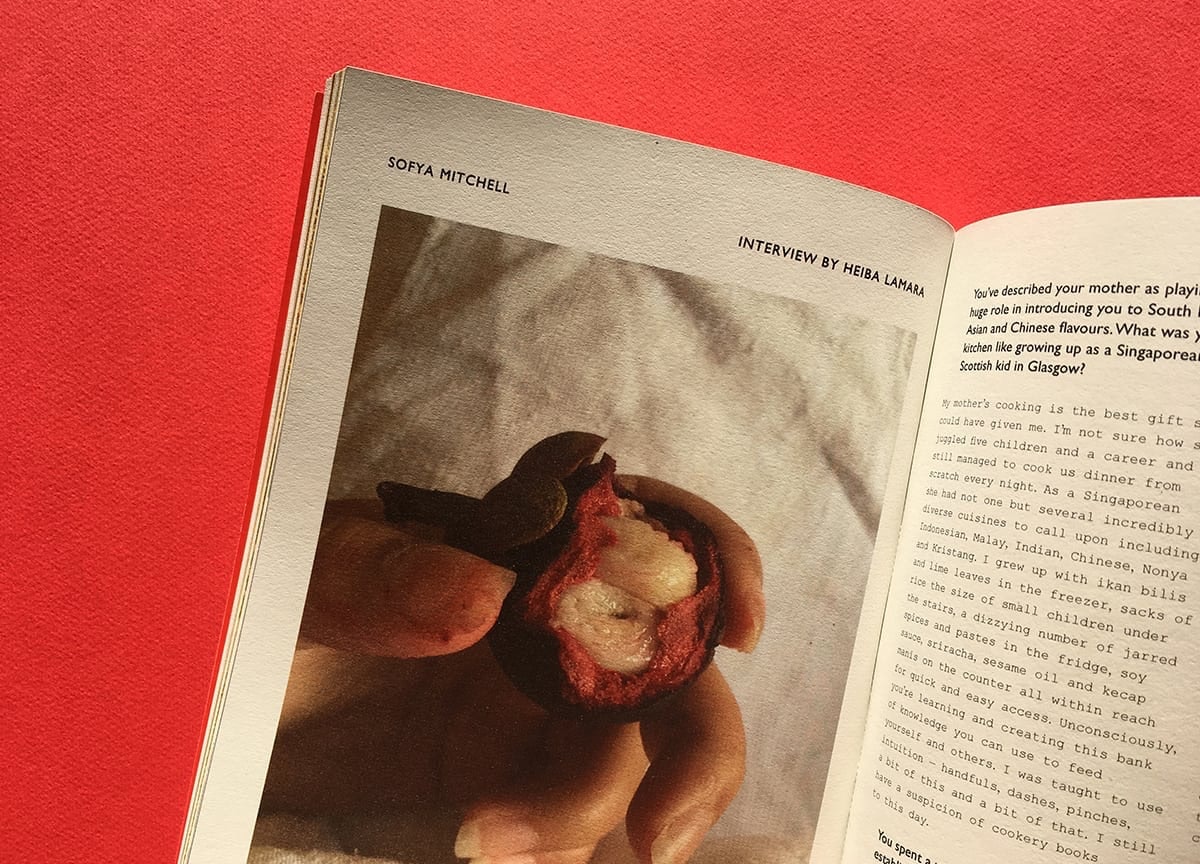 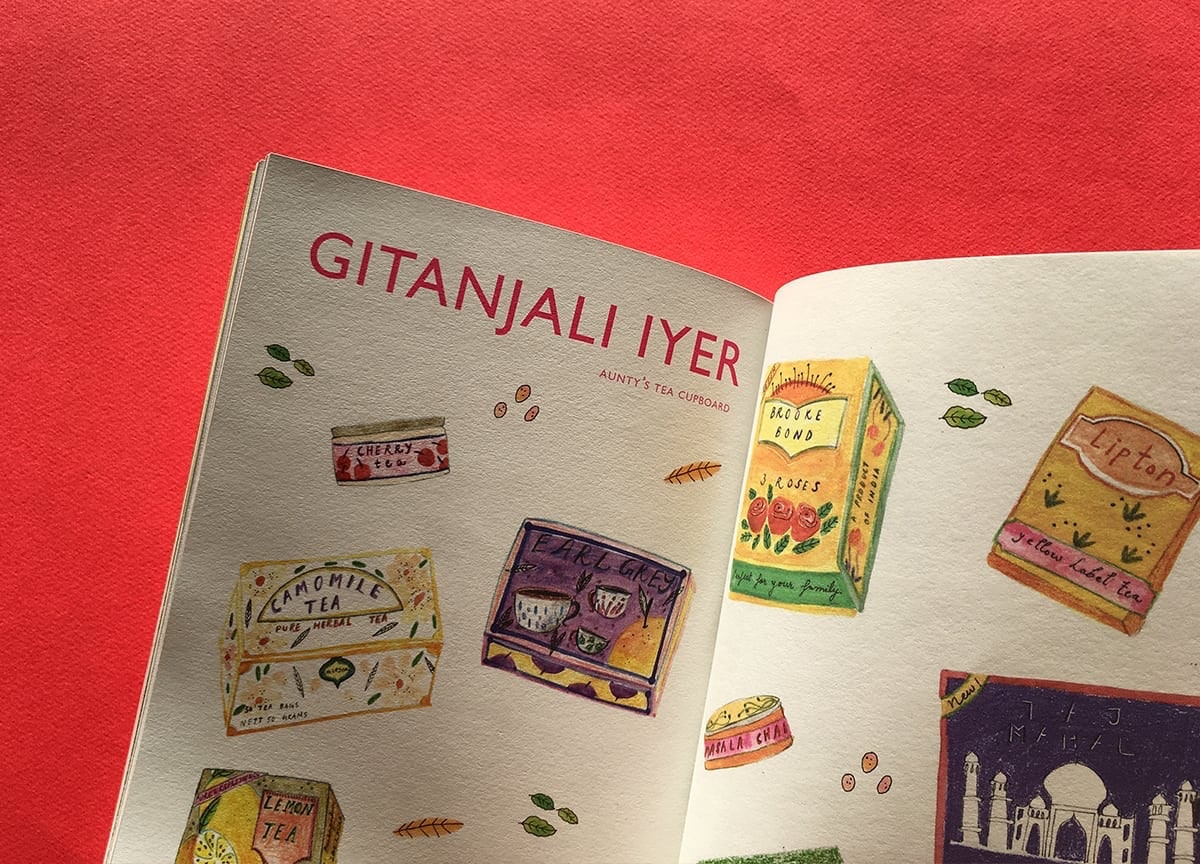 If you want to read more interesting magazines, sign up to Stack from £7/month and we’ll send you our favourites