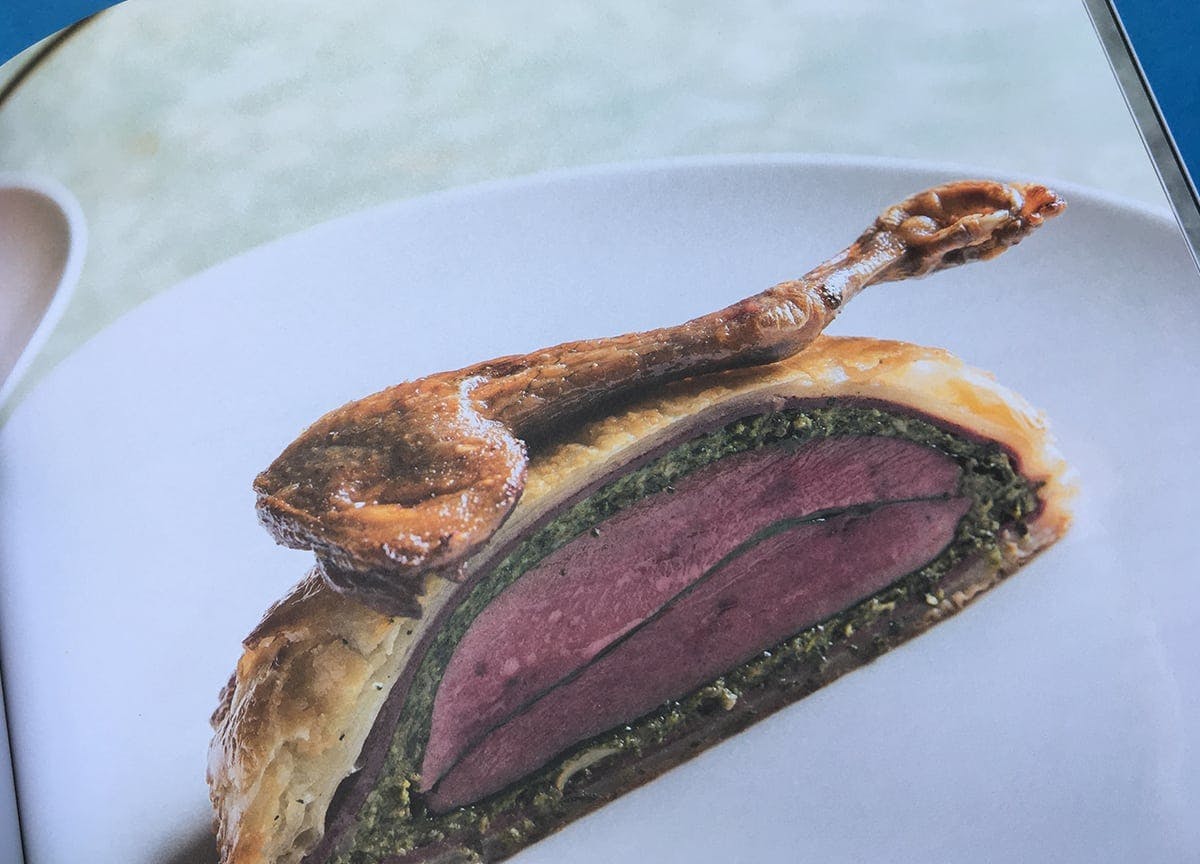 Toothache is a food magazine told from a chef’s perspective

There are plenty of creative food magazines out there, as we’ve rounded up before, but we haven’t come across one that’s made by and for chefs. Born out of a pastry chef’s ample creative talent, the self-published Toothache magazine gives cooks a blank page to contribute “whatever they want”.

The second issue presents a collection of first-person musings on life and work as a chef, interspersed with intricate recipes and gorgeous photography. Take Kim Alter’s ‘Hey Ladies’ tasting menu, which features all women farmers, foragers, butchers, winemakers, and beekeepers; there’s also an honest conversation between two Cantonese chefs on the discouraging misconception that Asian food should be cheap for it to be ‘authentic’.

Big, uncoated pages give the magazine a nice sturdiness, and if you can master the confidence to try the recipes inside (many of them include ingredients you probably won’t find at the Tesco Express), this is the type of printed matter that might age nicely after having some floury fingers on it. We got in touch with founder Nick Muncy to find out more. 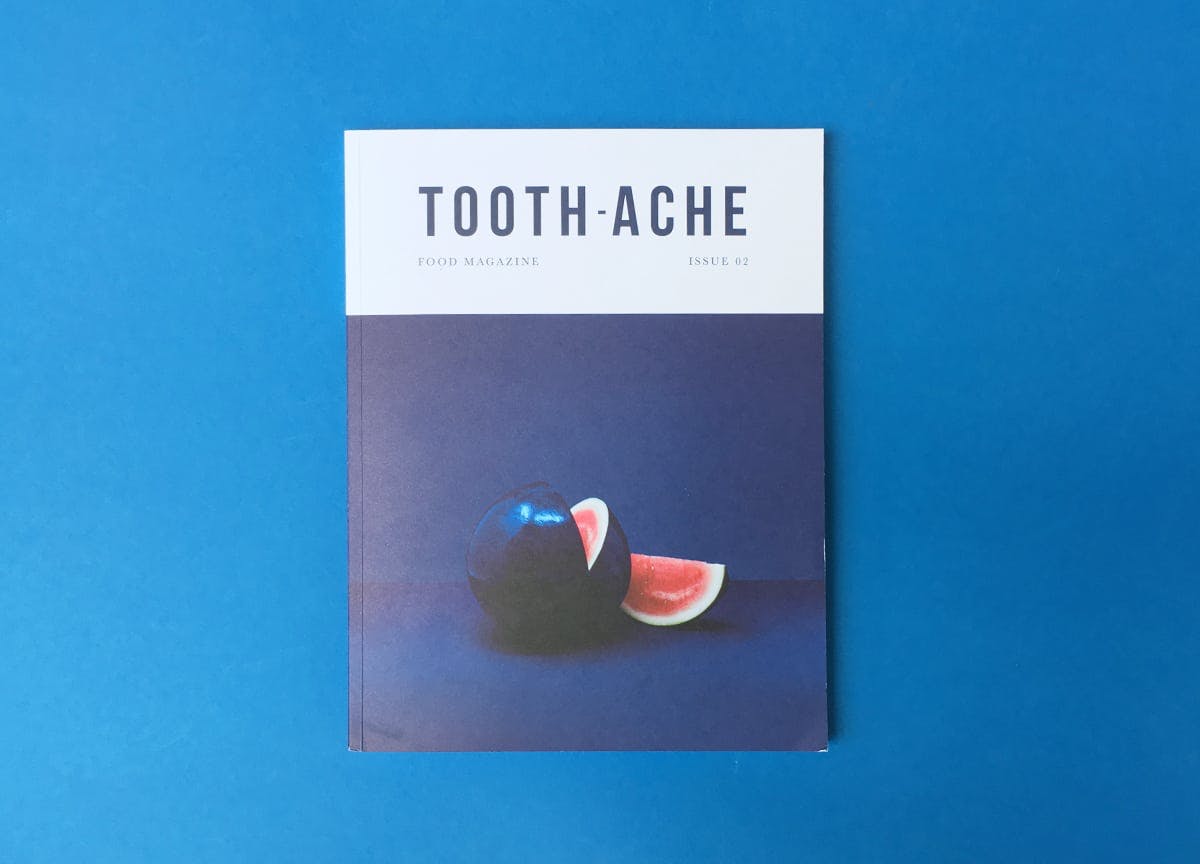 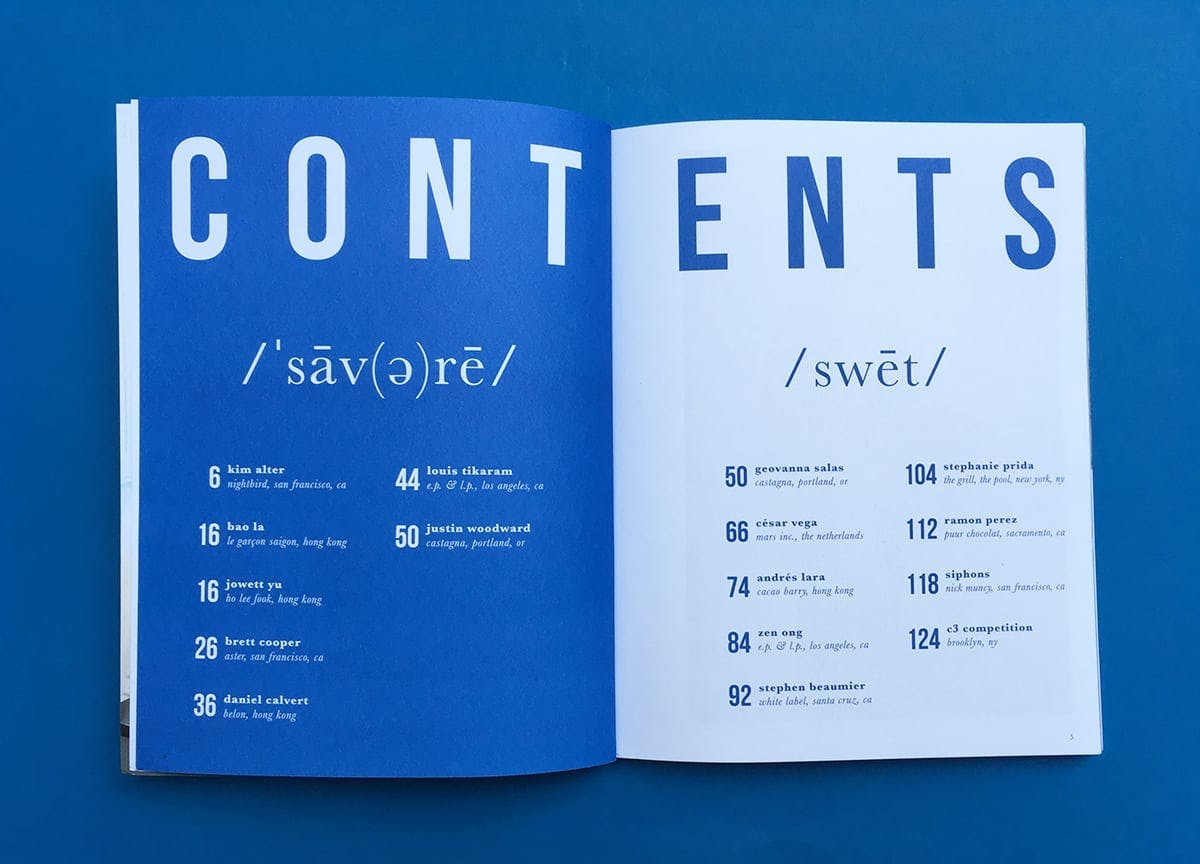 I really like that Toothache features personal perspectives of chefs, almost like their inner monologues. Why did you choose this style?
Thanks. It was really important to me that each section of the magazine actually feel like it belonged to the chef featured. I asked for a lot of the content to be personalised and written in first-person, and I recorded as many natural conversations as I could. Also, I’ve been working in kitchens since I was 17 years old, and I can tell you that proper grammar and spelling are not a part of kitchen life.

I figured, because I’m not much of a writer, that keeping things as casual and conversational as possible would work the best in portraying people naturally and making the magazine approachable. This magazine is ‘made for chefs’ who are usually misfits and don’t read a whole lot anyways. They’re more interested in going to the bar in their free time. Thus, the writing is easy to read, easy to understand, and in our own kitchen language. 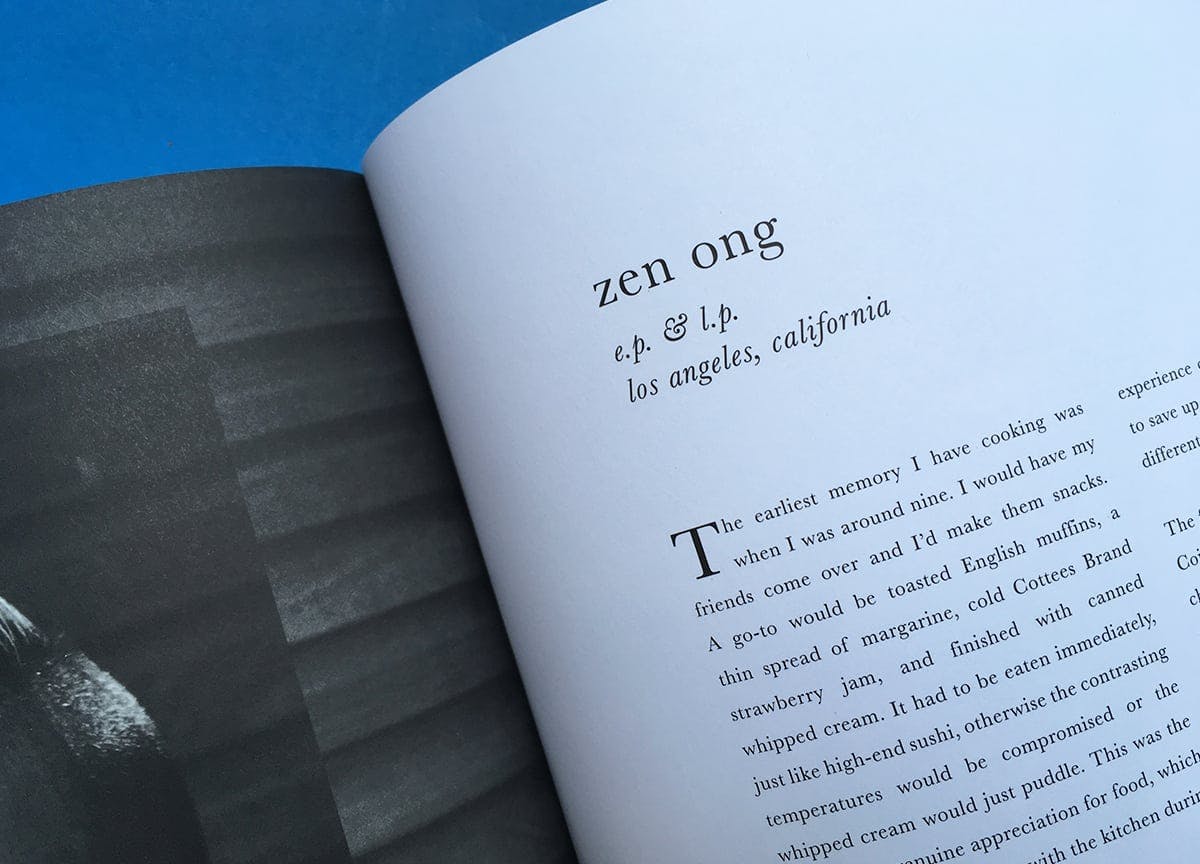 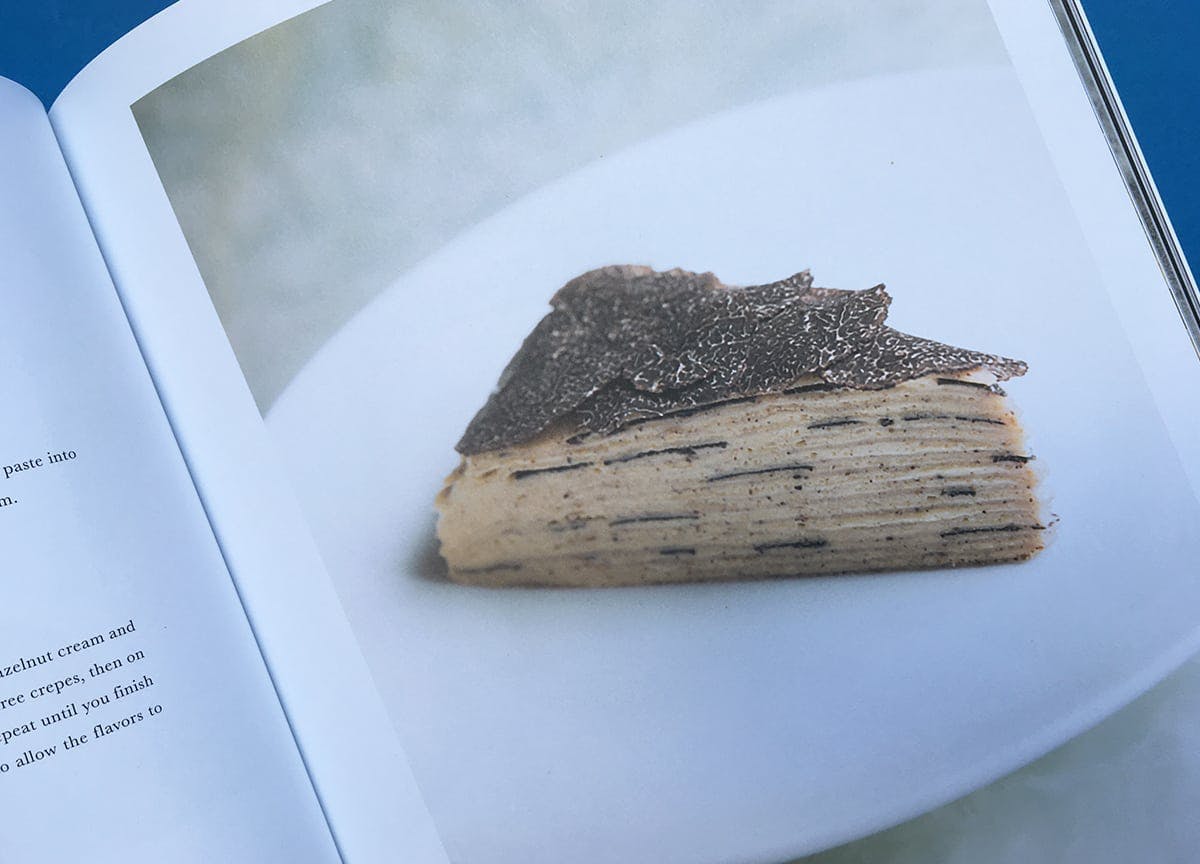 Was it difficult to get people to open up? Did you let them take the reins or give them writing prompts?
Some of the writing in the magazine is completely done by the chef, and they email me a finished piece. Other times, I’m going through recorded conversations and picking out what I think the most interesting parts are. The great thing about the magazine is that I let each chef share whatever they want, and hopefully they choose to pick a topic that they are passionate about. I also show them the story after it’s written out and let them edit it themselves. One of the things I hate about being interviewed is when you think of the perfect answer to a question the night after, or you’re stressed because you said something that might make you look like a dick.

Do you have any advice for aspiring magazine makers?
My advice would be to just go for it and don’t aim for perfection. I think if I was making the “Nick Muncy Cookbook”, I would go nuts trying to make sure that everything is exactly right, as I’d likely only make a book like that once or maybe twice in my life. But a magazine you can improve and evolve as issues progress. Also, everything is google-able. Before the first issue of Toothache, I had absolutely no experience in any part of magazine making. 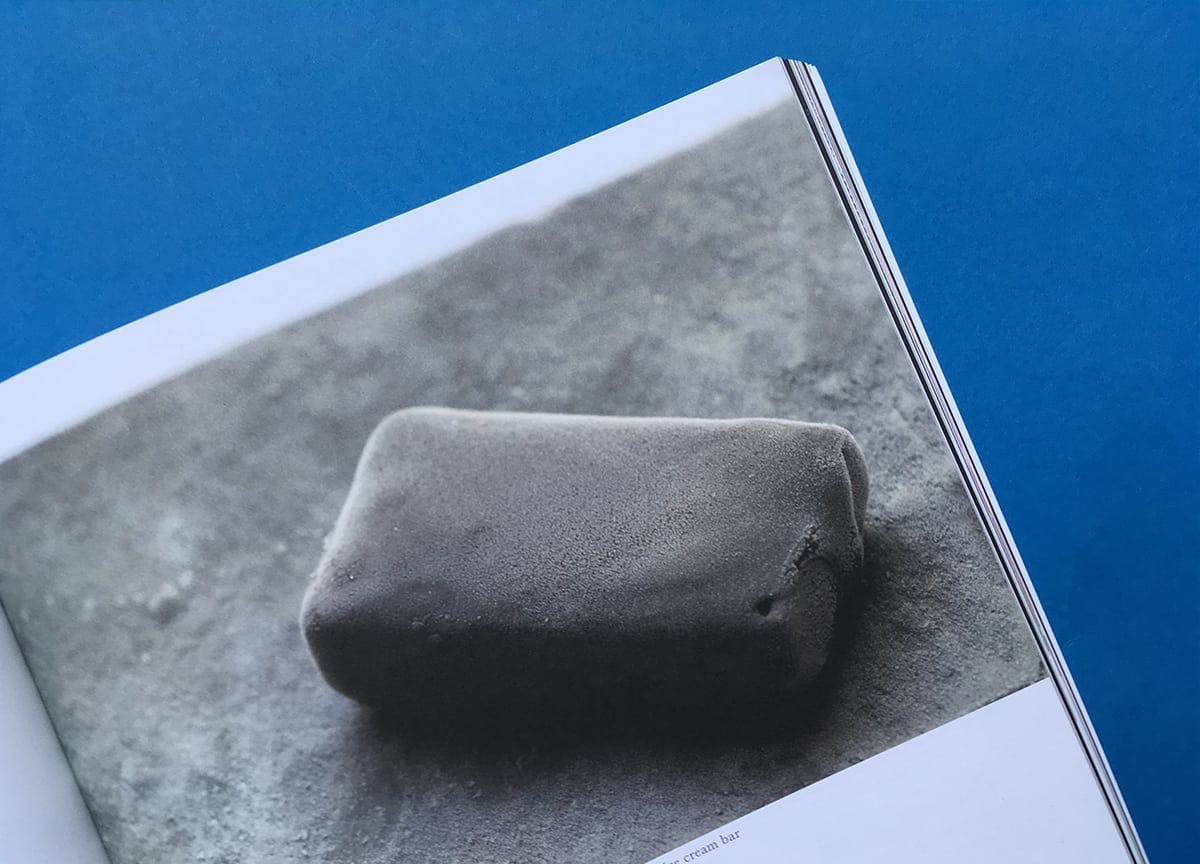 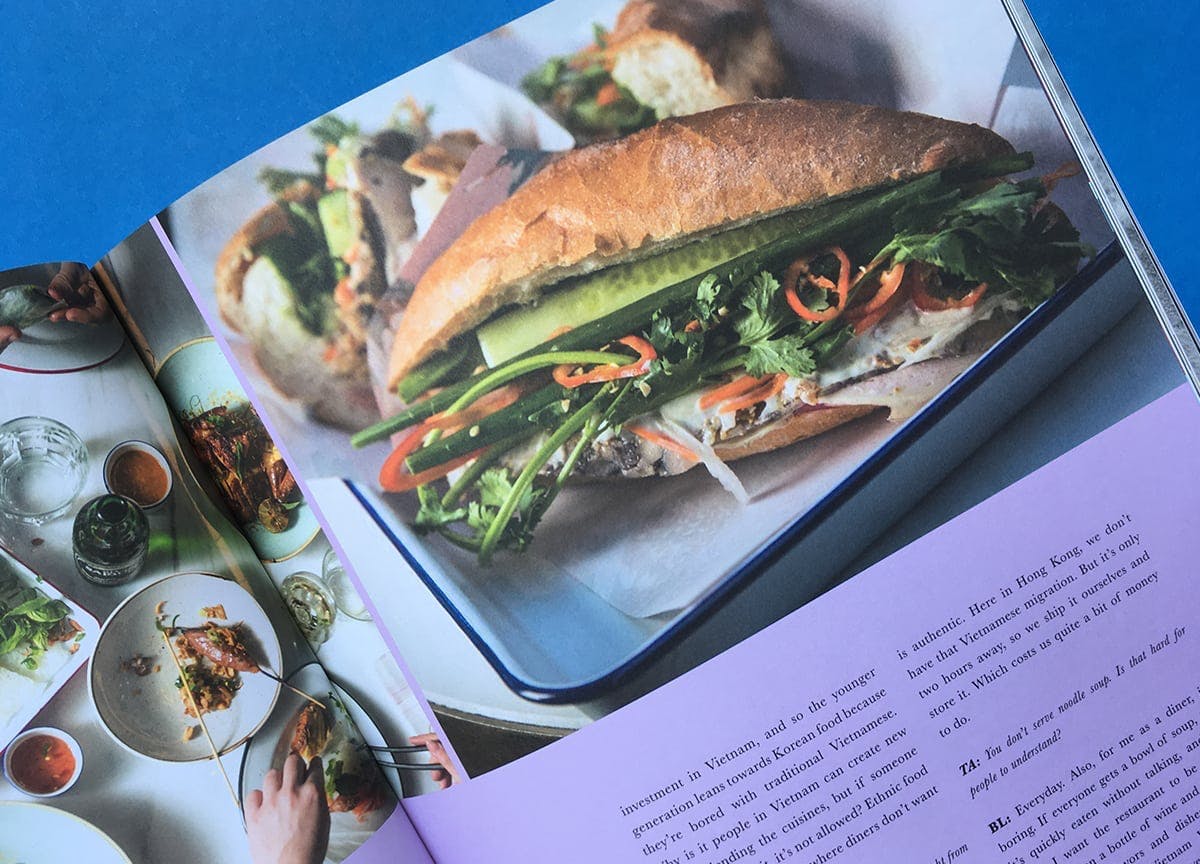 Lastly, what’s your favourite thing to bake/cook?
In the first issue, I featured myself a lot, out of necessity. I really didn’t want to be featured in every issue. However, in this second issue, I did sneak my recipes and desserts into the ‘Siphons’ section. The high gelatin siphon recipes are techniques that I use often in my desserts, and those are some of my favourites that I’ve made.

But I think a lot of chefs usually answer the favourite dish question with, “whichever one is newest.” I don’t necessarily have a dish or recipe that is a standout favourite, generally because I’m always interested in making something new. But gun to my head, I would say I most enjoy making the ice cream components in desserts. But that’s mostly because it’s my favourite to snack on. 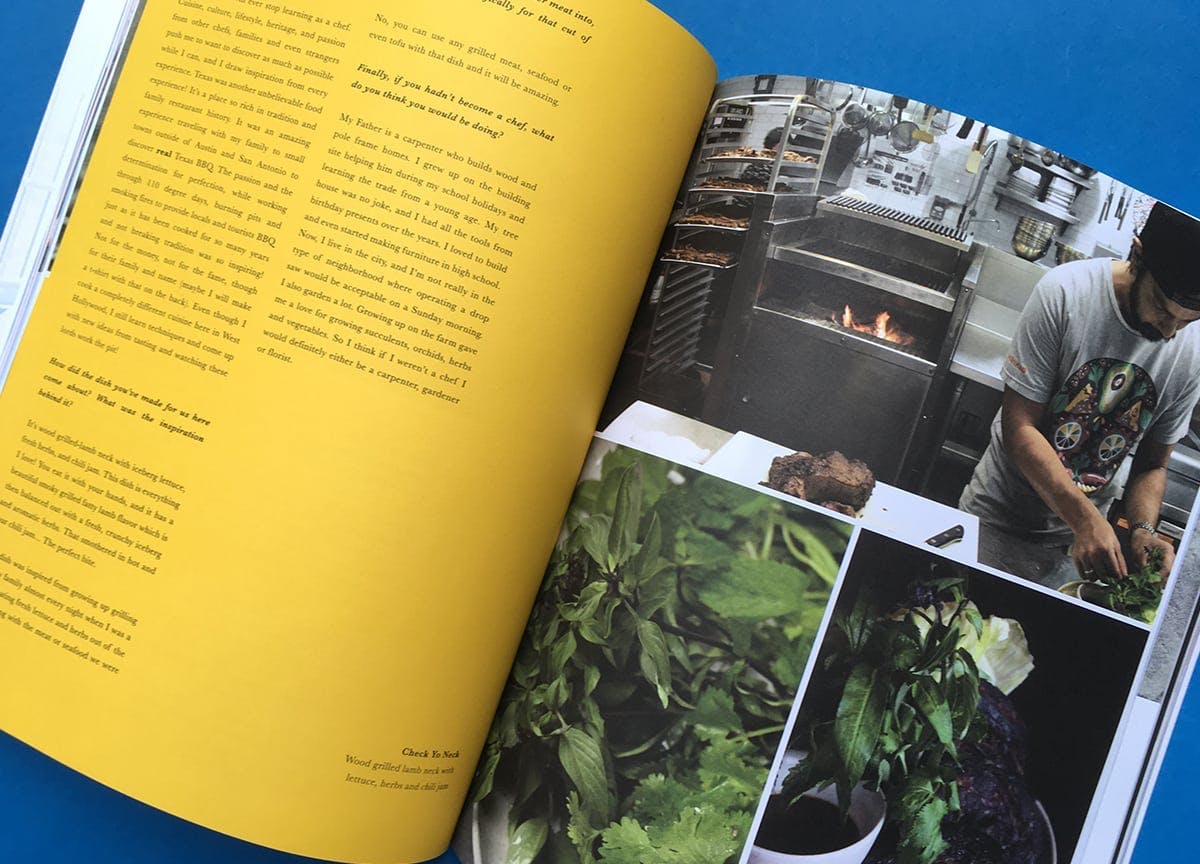 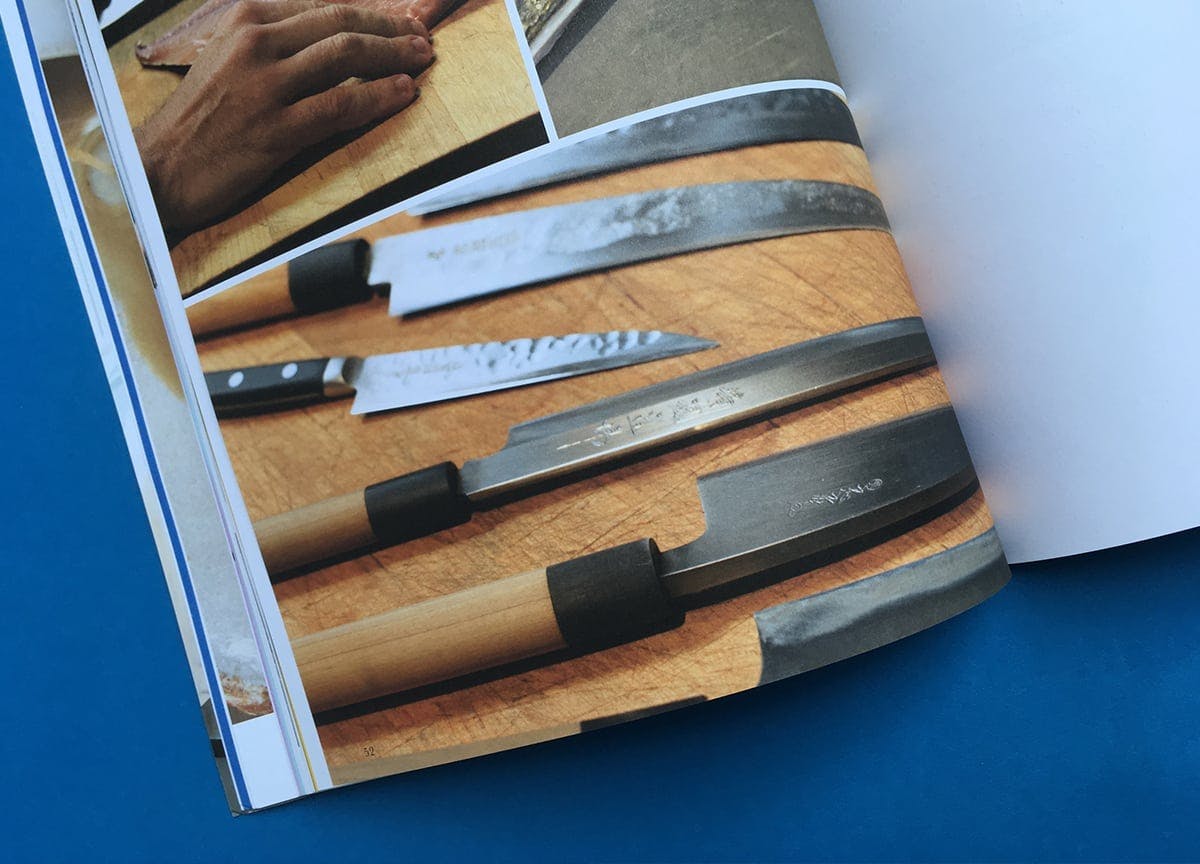 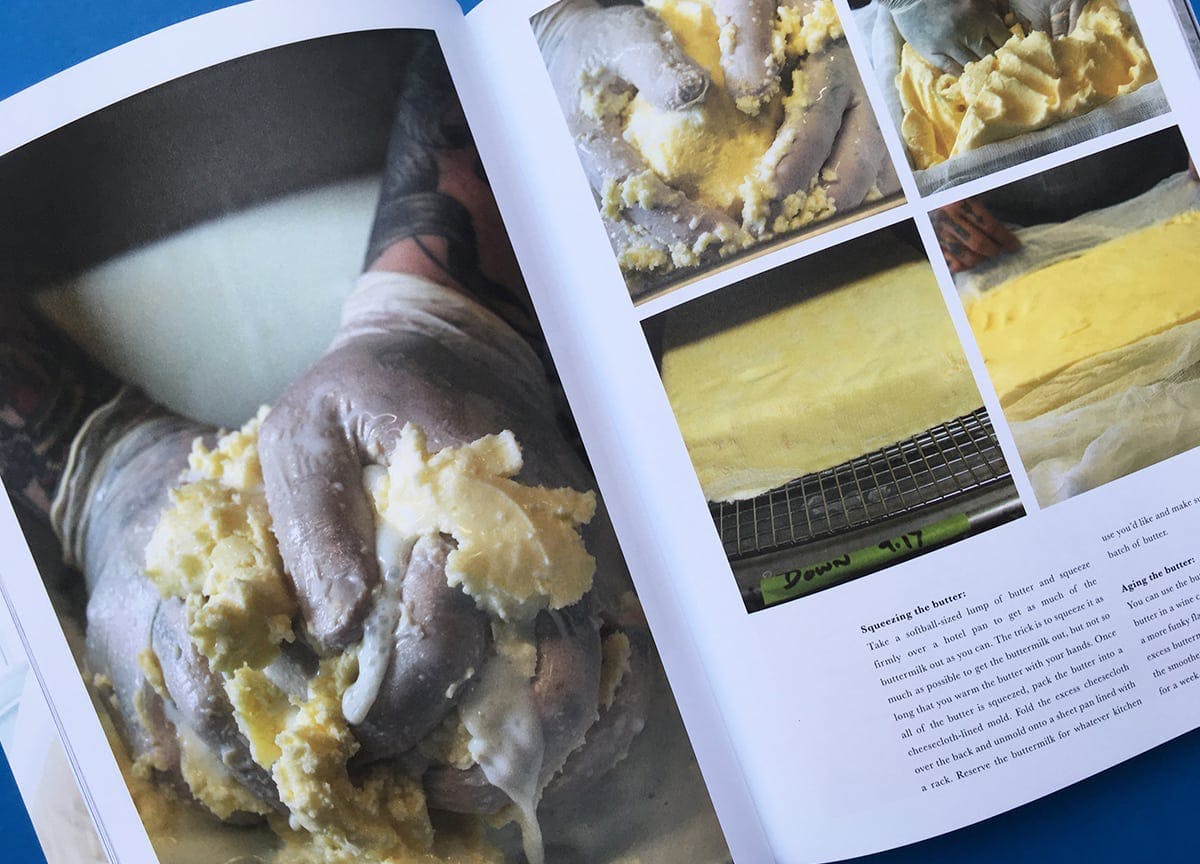 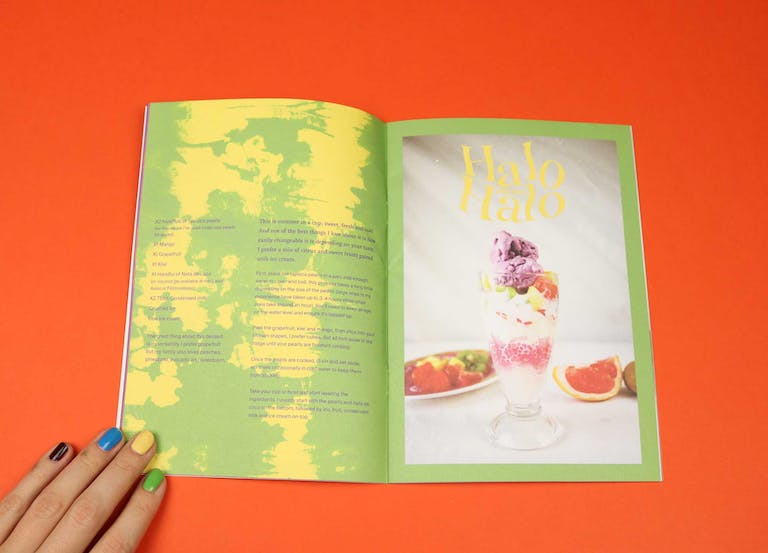 “I was this really, really chubby child covered head to toe in tie dye”

Fatboy Zine is about Filipino food – and grief 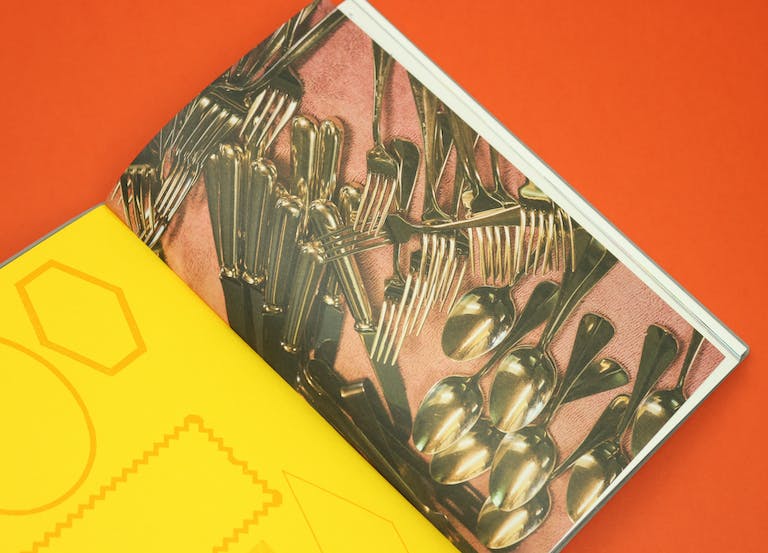 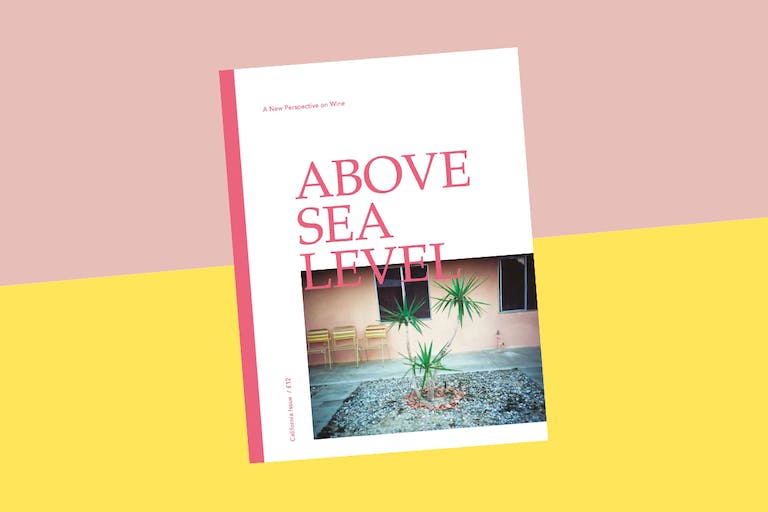 Explore different countries with wine as your guide