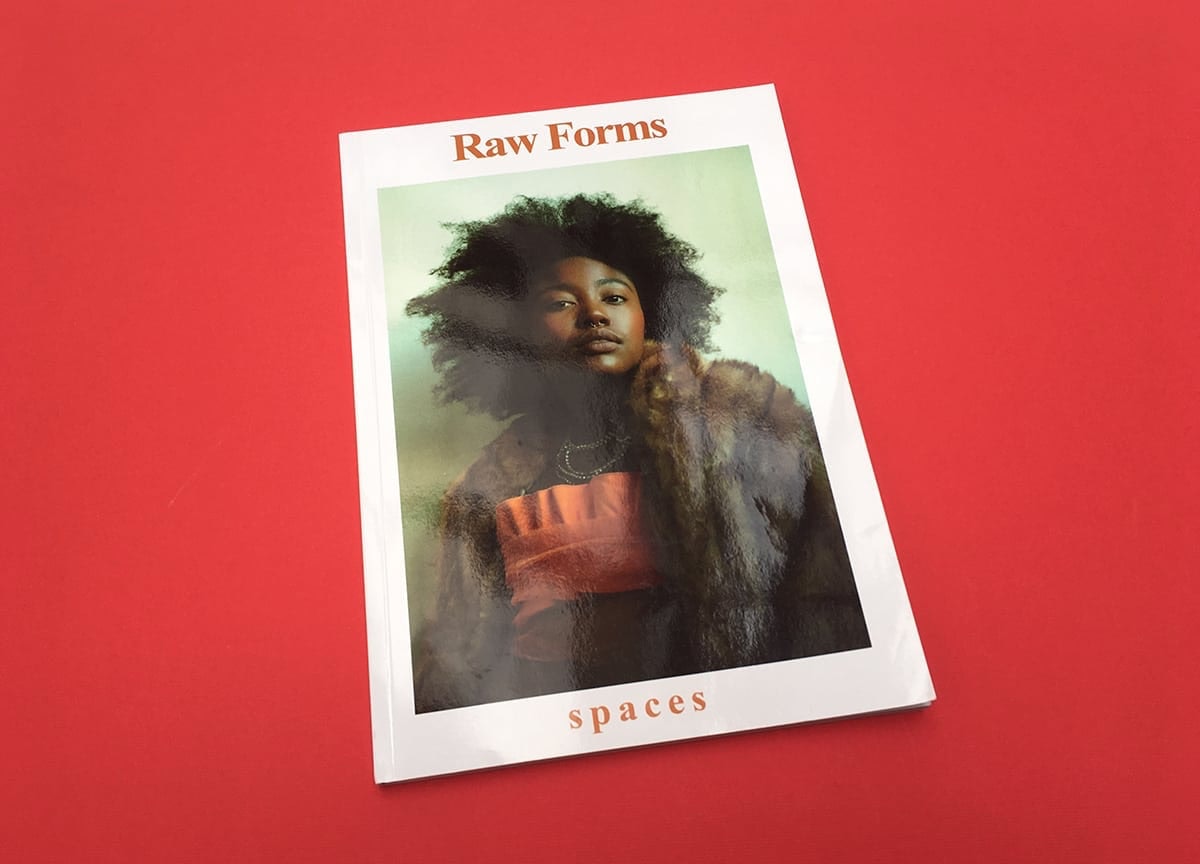 Blending fashion photography with thought-provoking writing, Raw Forms is a new magazine platforming queer and minority narratives. From net neutrality’s impact on young queer folks, to the fabricated interconnectedness of the phrase ‘LGBT community’, it packs eye-opening opinion pieces into its pocketbook-sized publication, alongside lovely, lo-fi fashion editorials that create visually striking breathers between essays. Find out more in our interview below with Manchester-based editor-in-chief Samuel Jacob Lindblad and creative director Cal McIntyre. 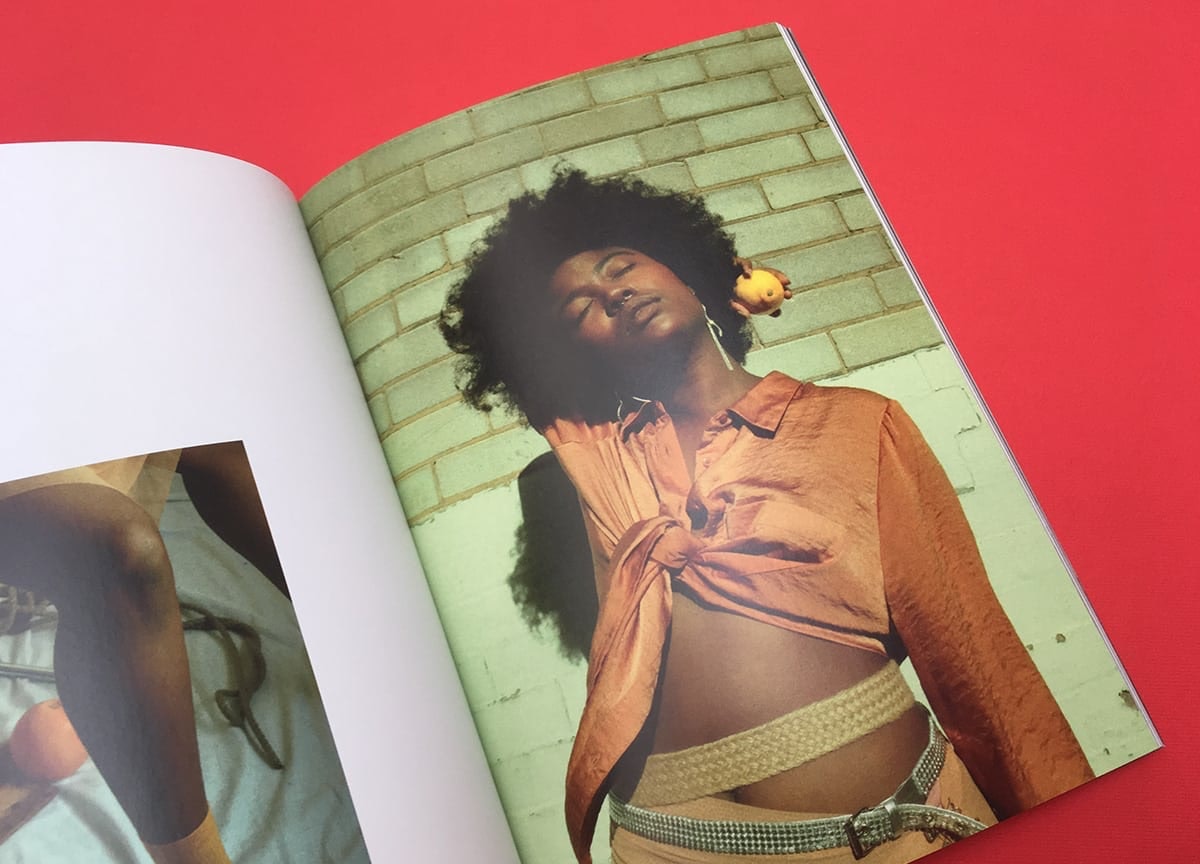 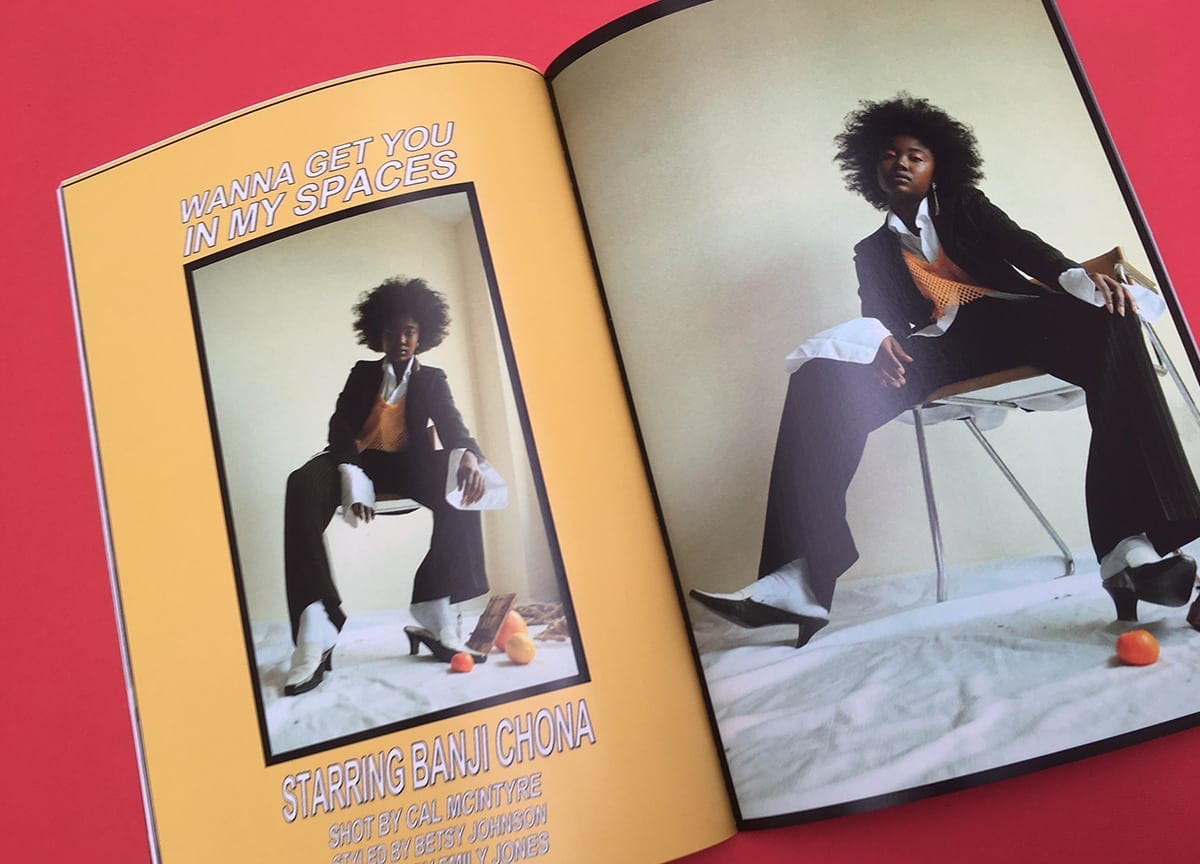 What is Raw Forms?
Sam: Raw Forms magazine documents queer and minority perspectives in politics and portraiture. Each book we publish presents photography, essays, letters, and thought pieces that centre around a specific theme. I think one of the main drivers for launching Raw Forms has been to respond to the sharp increase of identity-focused people in the UK. There has been a huge wave of corporations ‘identity-washing’ products and services to tailor to a younger generation that is more socially progressive — for example, you see major companies now selling genderless clothing lines. I guess we wanted to show that while all that stuff is grand, it doesn’t really affect the way many people view media or perceive the world – for that, you need to really present to them the minority opinions that aren’t discussed in the headlines.

What’s the theme for the first issue?
Our first issue, Spaces, focused a lot on incorporating LGBTQ+ and BAME perspectives in current affairs and the wider political landscape of identity politics, in a way that I think a lot of other publications are really lacking at the moment. We focused heavily on intersectional minority identities and really tried to analyse the best and worst aspects of 21st century queer culture.

Our next issue, Change To Come, focuses on the politics and art of change in society. It’s been amazing to have so many authors and artists from around the world submit work to the next issue and create such a varied and visually engaging book. Working with contributors from the US, Russia and even Japan has really set the bar higher for the next issue, and we’re really gassed to release it in June. 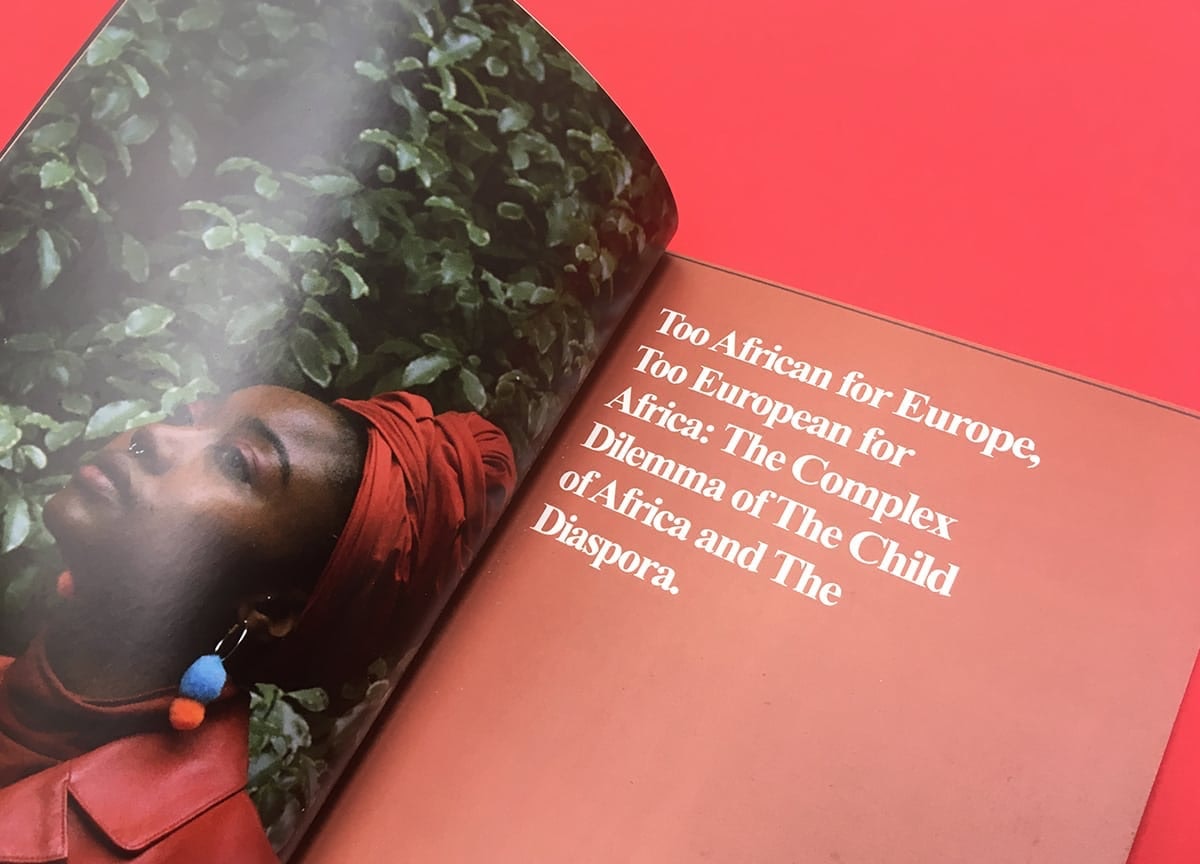 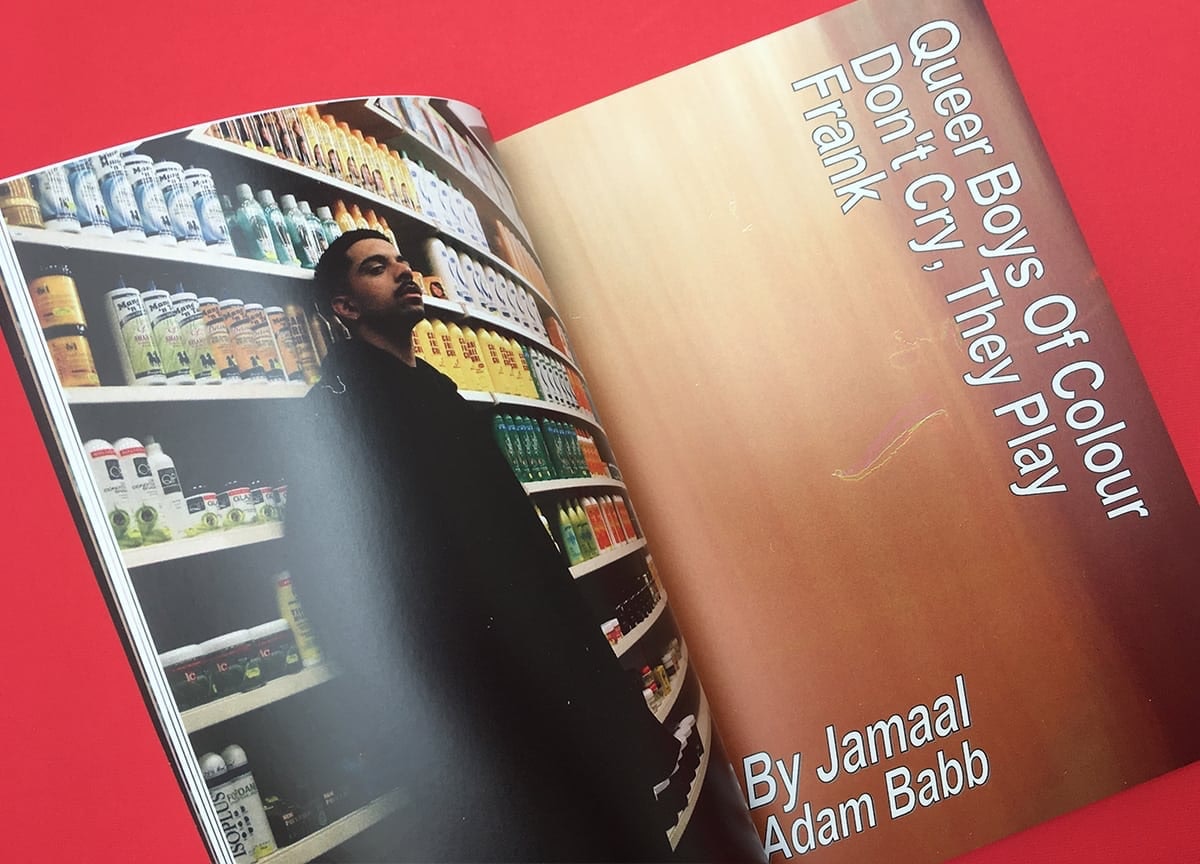 Jamaal Adam Babb writes about the empowering icon of Frank Ocean. Why was it important to include his perspective?
Cal: I think this piece by Jamaal was so unique as it gave a perspective that I don’t think many other young gay white men think about. Yes, we can relate to our community’s struggle with being accepted by loved ones or going through difficult times, but for a gay person of colour to write about his perspective working within the hip-hop industry, and the importance of having someone like Frank Ocean become an icon to them, was very pure.

It opened my eyes a lot to the continued work that needs to be done within the gay community when it comes to racism, which is why it’s one of my favourite pieces from the first issue.

An essay on the queer perspective on freedom of information was particularly enlightening. How did this piece come about?
Sam: A lot of journalists had written about net neutrality but never really considered the queer implications of asymmetric access to information. I think it’s really important — especially in the US — that people pay close attention to the legislative changes that are happening that affect how the internet works. It’s not that all changes are bad, it’s more that we should ensure that the legislative changes are of benefit to everyone in society. That, of course, includes queer people. 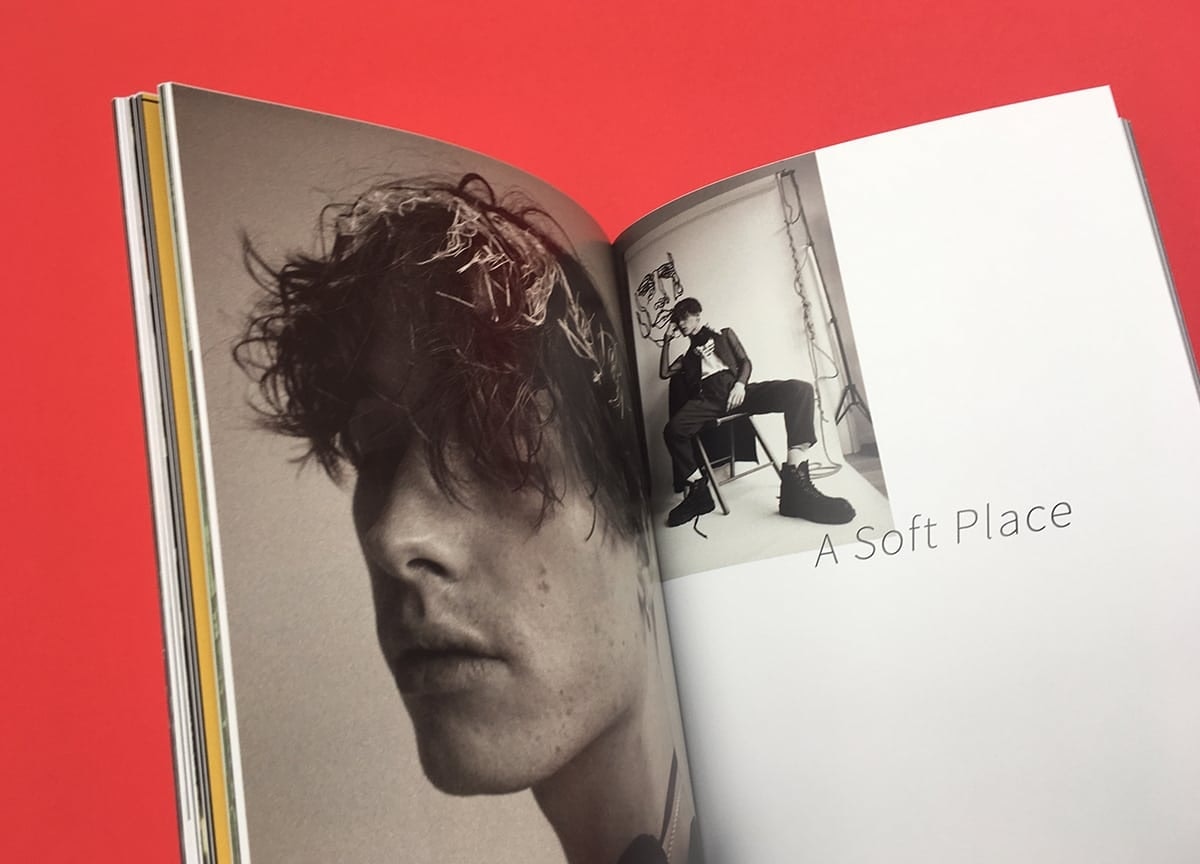 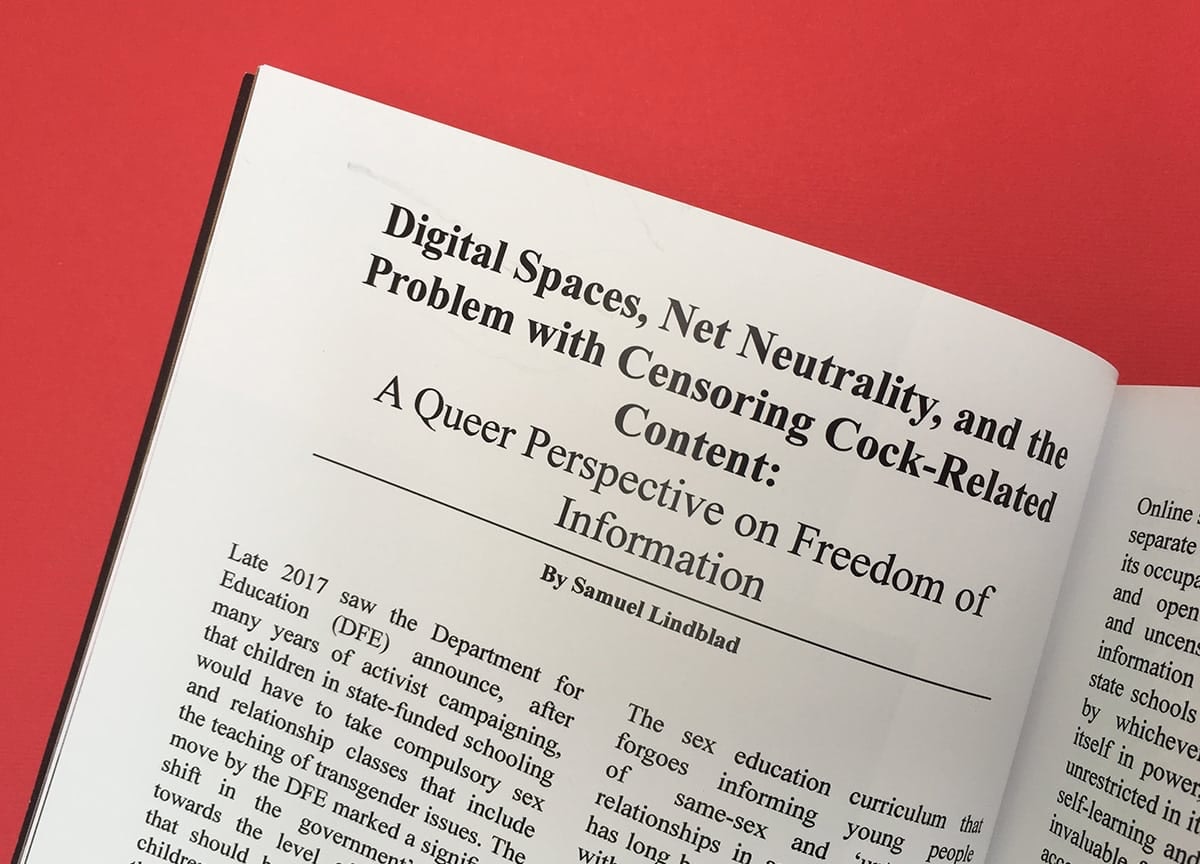 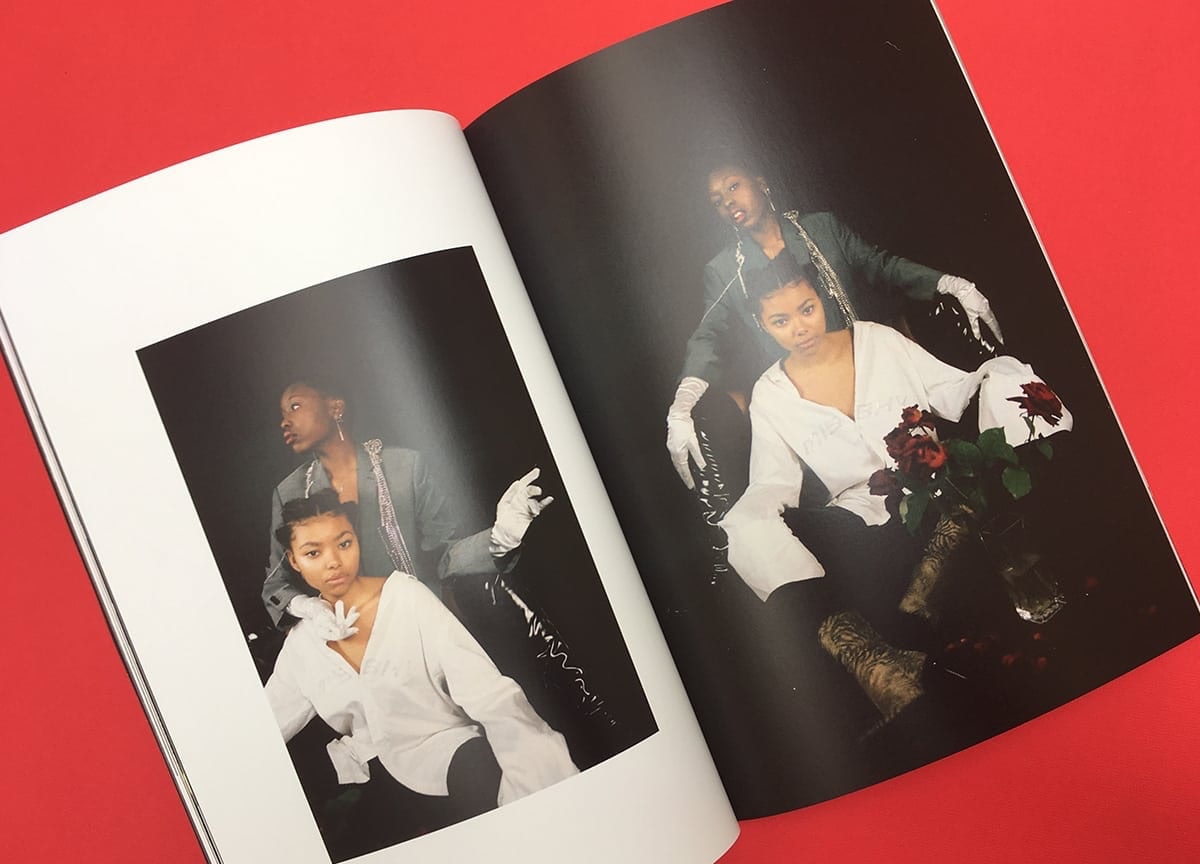 What do you love about magazines?
Cal: There’s so much — when I was a kid in Ireland, I first started teaching myself photography from looking at the images up close in magazines. I don’t think print is dying; if anything, my generation is bringing it back. Just the physical touch of something in your hands is something I find to bring about a very real and human emotion. The internet is amazing, yes, but sitting by yourself with a magazine creates a different dimension for me.

Receive an intelligent, refreshing publication every month — Sign up to Stack Magazines from £20 for three months 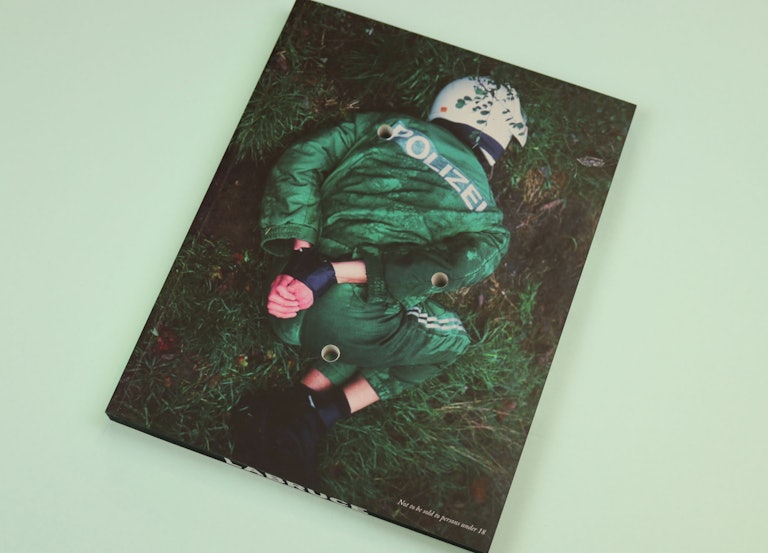 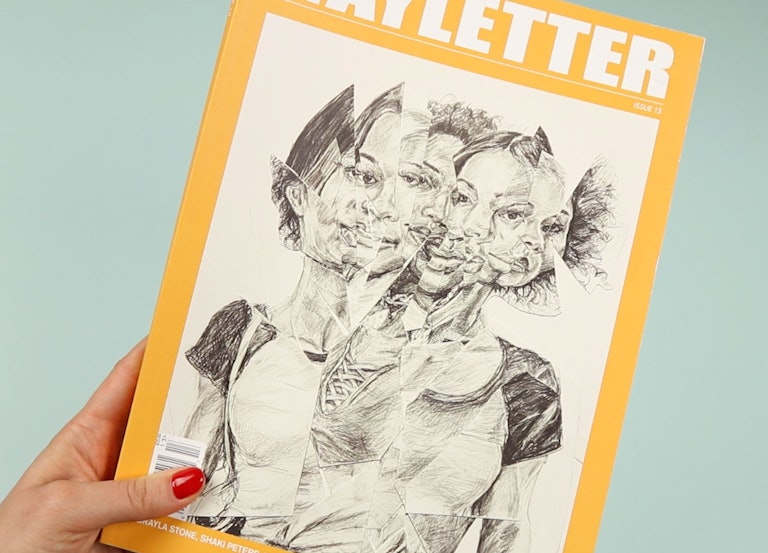