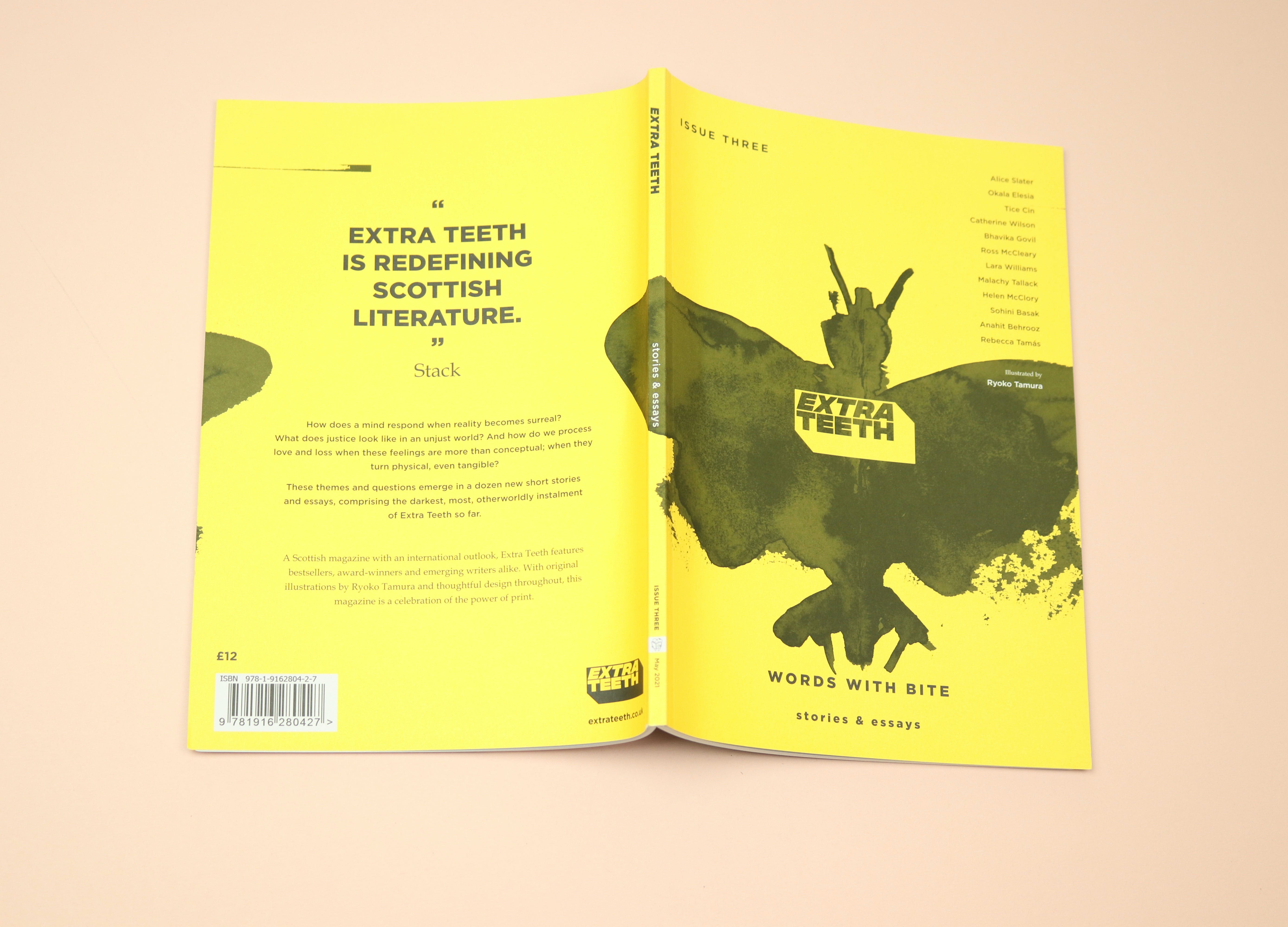 Extra Teeth was founded by Jules Danskin and Heather Parry with the intention to challenge and redefine what Scottish writing really is. The best fiction in the third issue pushes at formal, as well as geographical boundaries. Alice Slater’s ‘blueberry, fig, lemon, etc.’, is divided into mini-chapters (“red cabbage”, “kale”, “stalks”, “apple”, “turnip”). This is an ostensibly cutesy structure, but it is used by Slater to tell a surprisingly violent story: one of the women becomes pregnant by an abusive boyfriend, is refused a free abortion, and eventually sent to prison for trying to force a miscarriage.

The difficulty the women have accessing abortions allows the reader to assume Slater’s story is set in the past, but the types of food the characters eat are so ‘current’ that it confuses the timeline (avocados, heirloom tomatoes). Part of the pleasure of reading Extra Teeth is that many of the stories published on these pages unbalance you in a comparable way. In ‘Some Say I Clean’, by Tice Cin, we follow the story of a cleaning lady, interrupted by italicised passages that describe a big night out. The voice is distinctive, and unpredictable. No sentence ends up quite the way you would expect it to:

Some say I clean. Some say I get paid too little for what
I do. I make it good. I know I make things how they
should be. How their wives should have had them. These
handbag types with all those rows. I stand looking at the
rows sometimes. We don’t look because we want, but we
look because we imagine.

It is rare to find a literary magazine publishing such singular voices. Extra Teeth is rapidly establishing itself as a place readers can go to find stories that are reliably, unusually good. Over email, Jules and Parry explained the kind of literature they’re looking for — and why it’s important to pay for it. 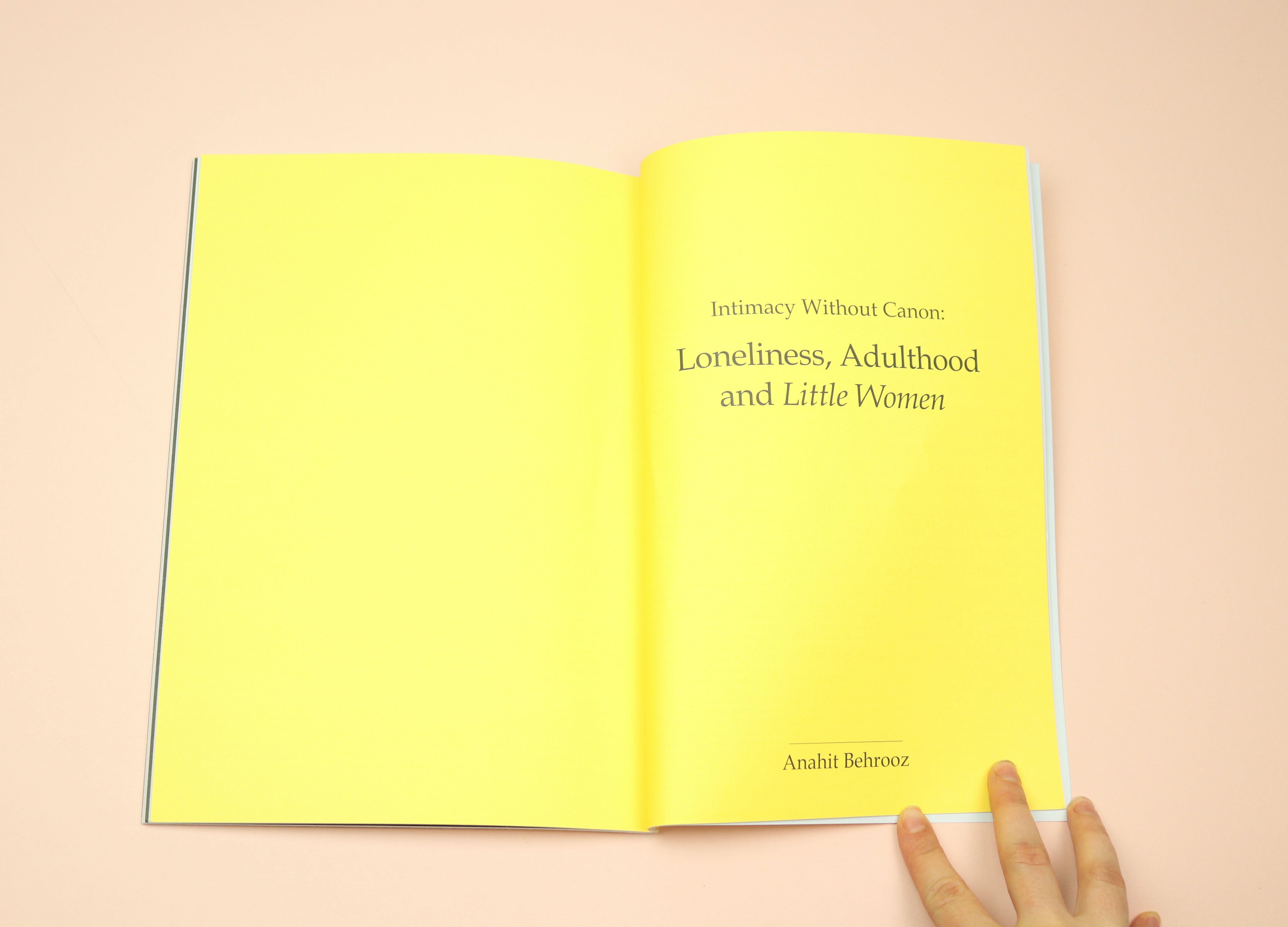 Anahit Behrooz’s ‘Intimacy Without Canon: Loneliness, Adulthood and Little Women’ is more personal than most criticism. The piece is focused on Behrooz’s own loneliness. Is printing personal nonfiction an editorial choice?

Heather: I don’t think we’ve made an active choice to print or not print personal nonfiction, we just make our editorial choices in response to the work we are sent — and in Anahit Behrooz’s case, we were hugely affected by the writer’s decision to step outside the boundaries of film criticism and respond to the piece more intimately.

We are, perhaps, more used to reading a detached style of film criticism, but really that’s not how many of us actually respond to film. Sometimes we bring a lot more of ourselves to the table, and this piece really shows that. That’s what we mean when we say we like bold work; it’s not always in the sense of being in-your-face, or conceptually or stylistically experimental. It can just as easily mean that the writer is challenging themselves to be vulnerable. But similarly, Behrooz’s piece is not what you’d think of as memoir at all, and that’s another thing we really enjoy in the work we publish: writing that slips between genres, and refuses to be bound.

There are only two nonfiction pieces in the issue. Is it important to you to always print more fiction than nonfiction?

H: As we think of ourselves primarily as a literature magazine, I think we will always print more fiction. We really enjoy the freedom of having a couple of nonfiction pieces per issue, sometimes three, but there are a lot of magazines printing nonfiction work and precious few literature magazines that pay, so that will, most likely, be our focus going forward. Getting short fiction in print is increasingly difficult for writers unless they are willing to give it for free, so we want to showcase short fiction first and foremost.

One of the editorial intentions behind Extra Teeth is to redefine Scottish literature. What do you mean by that?

Jules: I think it’s accurate to say our approach to defining Scottish literature is to broaden it as much as possible. While we publish some writers who have never lived here, and we receive submissions from all over the world, I’d say the majority of our writers (and indeed our illustrators) are under our Scottishness umbrella — whether they’re from here, have moved here, lived here previously, or have strong family ties. Being from here is not a prerequisite to being published by us, but we find that the quality of Scottish writing is just so good, whether the writer is emerging or well established.

When we were putting together issue one (which unlike following issues was entirely commissioned) Heather and I thought what the hell and approached some of our favourite Scottish writers — Martin MacInnes, Leila Aboulela, Kirsty Logan to name a few, and even Janice Galloway, whose novel, The Trick is to Keep Breathing, I read at university and loved. Their stories are all so different from each other that I think Scottish literature is impossible to define. We just feel incredibly lucky that they said yes! 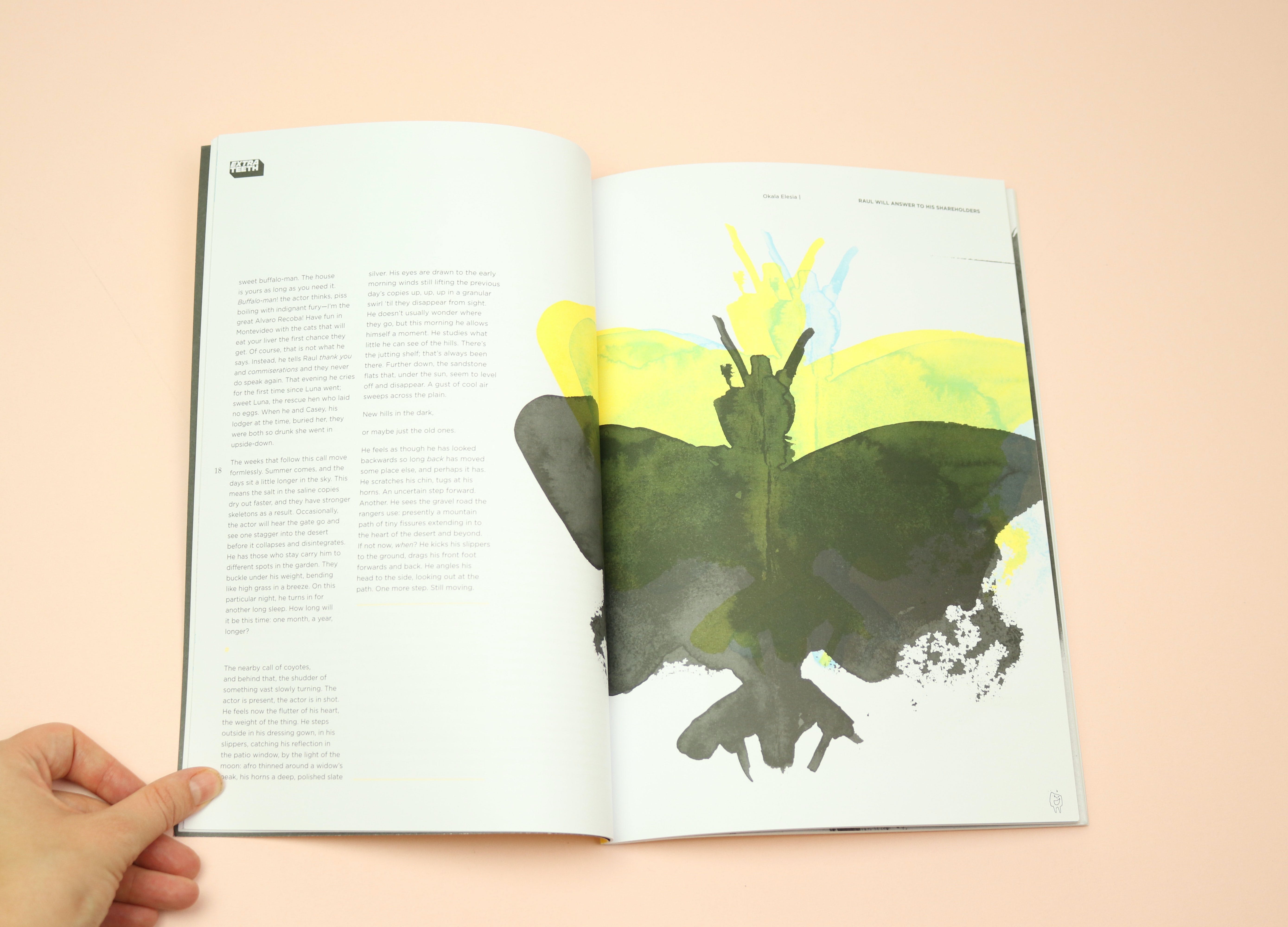 All your writers in this issue have very distinctive narrative voices. That is so hard to do; searching out distinctive voices, I mean, let alone writing distinctively.

H: Since our second issue, our process has been that most of the work comes to us via our open submissions period (of which we have two per year), with one or two pieces commissioned by us, because we have really loved someone’s body of work and have invited them to contribute. I think our ethos — to be a space for bold work — allows writers to really lean into their own preferences and style without feeling like they have to ‘fit’ a particular model or theme to be accepted, and that results in what you’ve noticed: strong voices and stories that really stay with you. It’s such a joy to read a piece in which a writer has just let themselves fly into the strange places they aren’t often allowed to go. 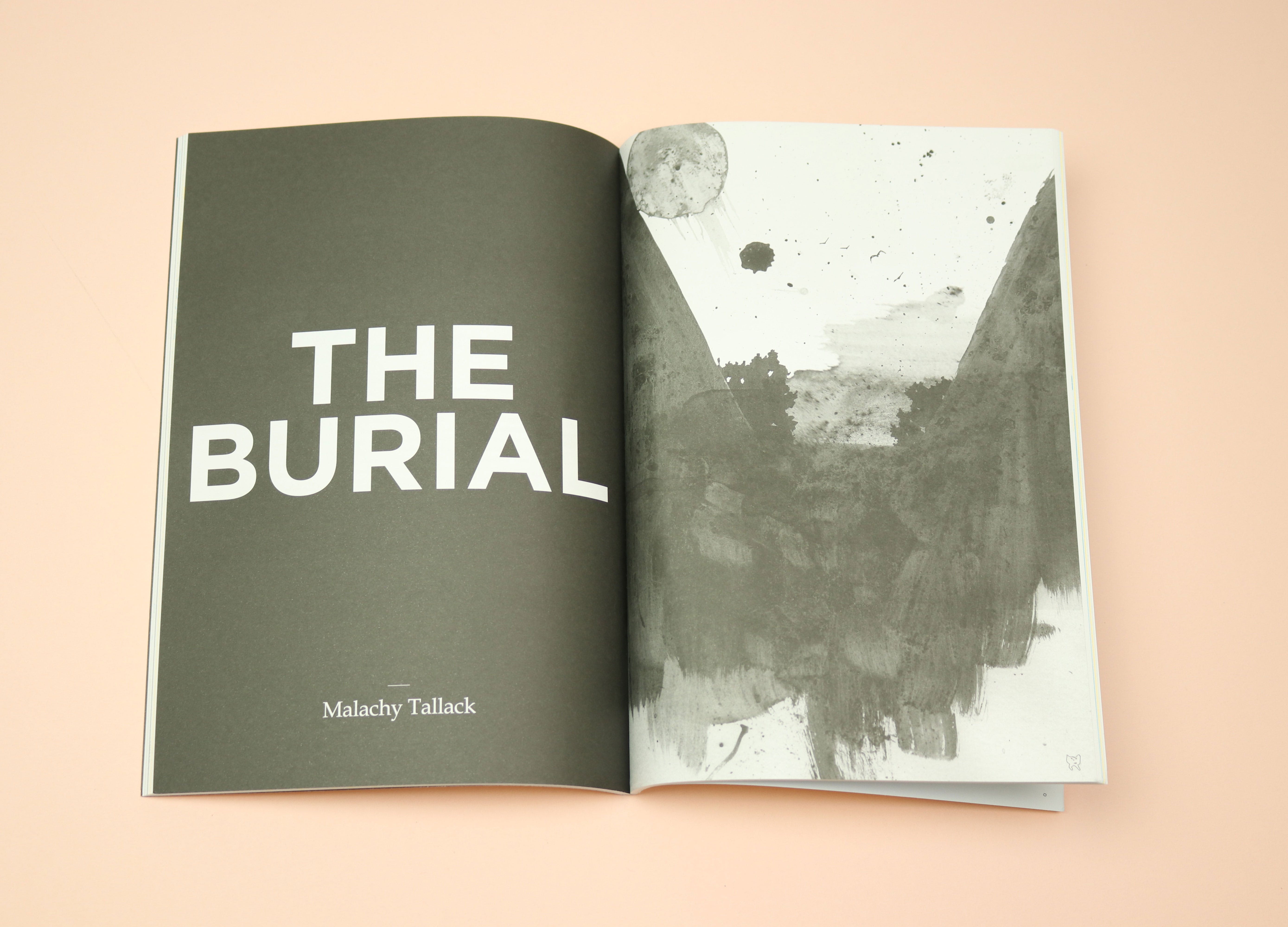 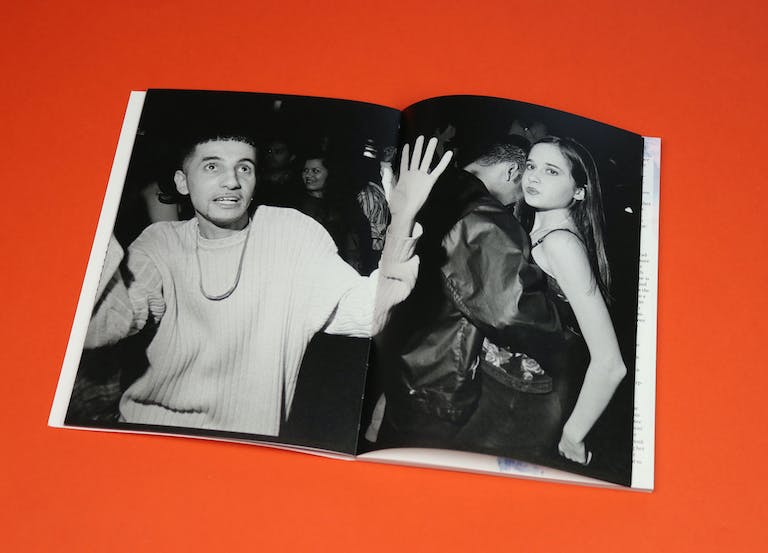 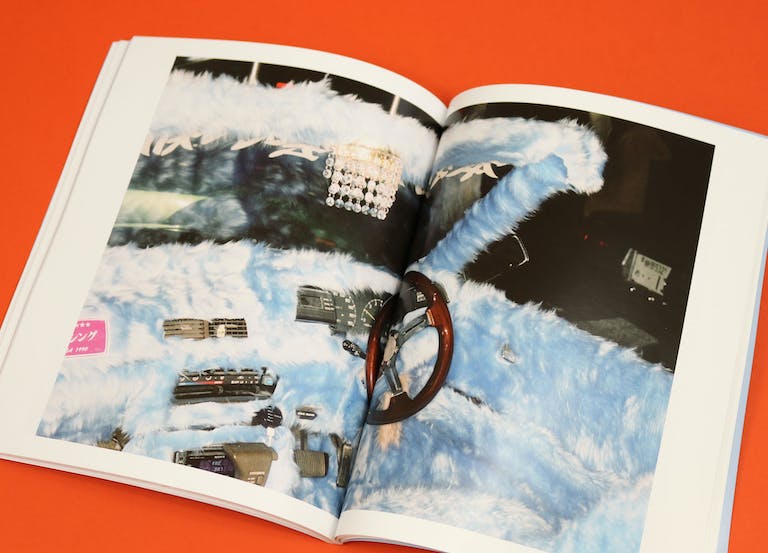