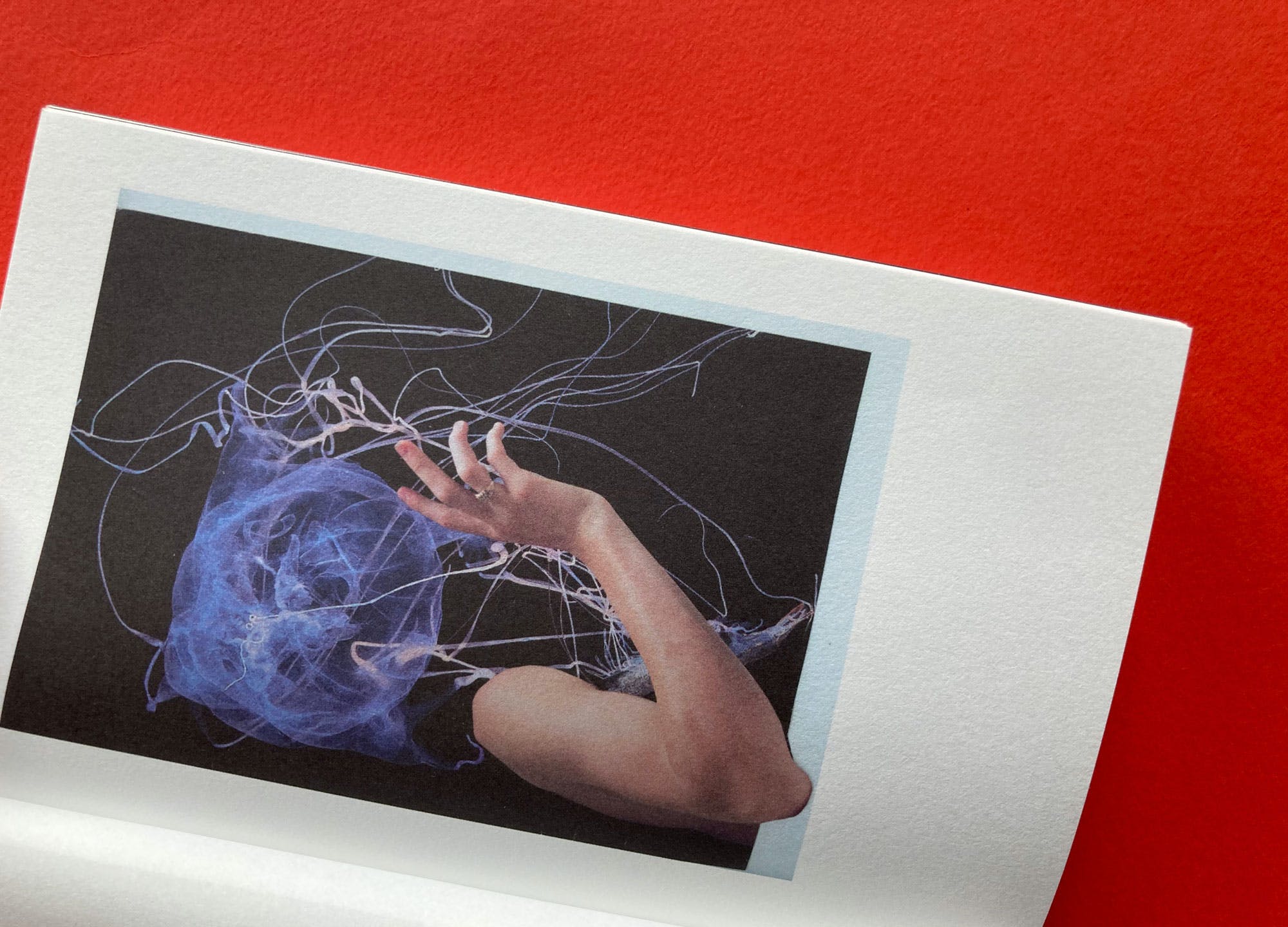 The fifth issue of this UK literary journal is themed ‘action’. The most interesting contributions come at that theme sideways. Somesuch Stories’ cover — two dancers superimposed against a naked nipple — is by the artist June Lam, whose wonderfully discombobulating collages open the magazine. We see jellyfish with human arms; a paint-splattered child; a woman floating next to two, huge, upturned palms. The stand-out piece in the issue — a five-page poem by Caleb Femi called ‘A Painting on the Concrete Wall’ — is similarly surreal. Below I have printed the first page in full, because it is truly one of the most compulsive openings to a poem that I have read.

“This poem is not about Mike, but let me tell you about him so you know exactly what we are dealing with. 14 years of age, he told us that he’d sold his soul to the Devil & we all laughed. It wasn’t that we didn’t believe him. Of course we did: we too had seen the Devil in his many faces. We laughed to see Satan get swindled like a rich mark in a brothel because anyone who knew Mike & what he could do when the night air has too much iron in it, knew that that wretched boy didn’t have a soul to be marketing out in the first place. This is how Mike became known as Money Mike. But like I said, this poem is not about him.”

Editor Suze Olbrich and creative directors Lydia Garnett and Luke Griffiths talked us through the issue, and why they chose the theme of ‘action’.

The pocket-sized-ness of Somesuch Stories is so satisfying. Can you explain the thinking behind the small form?

Lydia Garnett: Thank you! The book feels good to hold, the size invites you to pick it up and carry it about, or put it in your pocket. There’s something comforting about the weight of it.

Luke Griffiths: Not to sound too sentimental, but reading through an issue of Somesuch Stories is a bit of a journey, so it feels like something you would read on the move. It isn’t really a coffee table book so we also just wanted something functional and non-pretentious/precious. Somesuch was already a small format, but we felt like we could optimize that further (by making it even smaller).

The cover is wonderful. How does it relate to the theme? The decision to begin with June Lam feels unexpected, in an ‘Action’ issue. Was that deliberate?

Lydia: The cover design is great, the shapes in June’s collage are beautiful and the placement of the artwork and the soft papery cover material creates a feeling of texture. The decision to open with June’s collages is a way to engage the reader and to pave the way for other stories that appear later in the book that are also made with collage, photography, and painting. 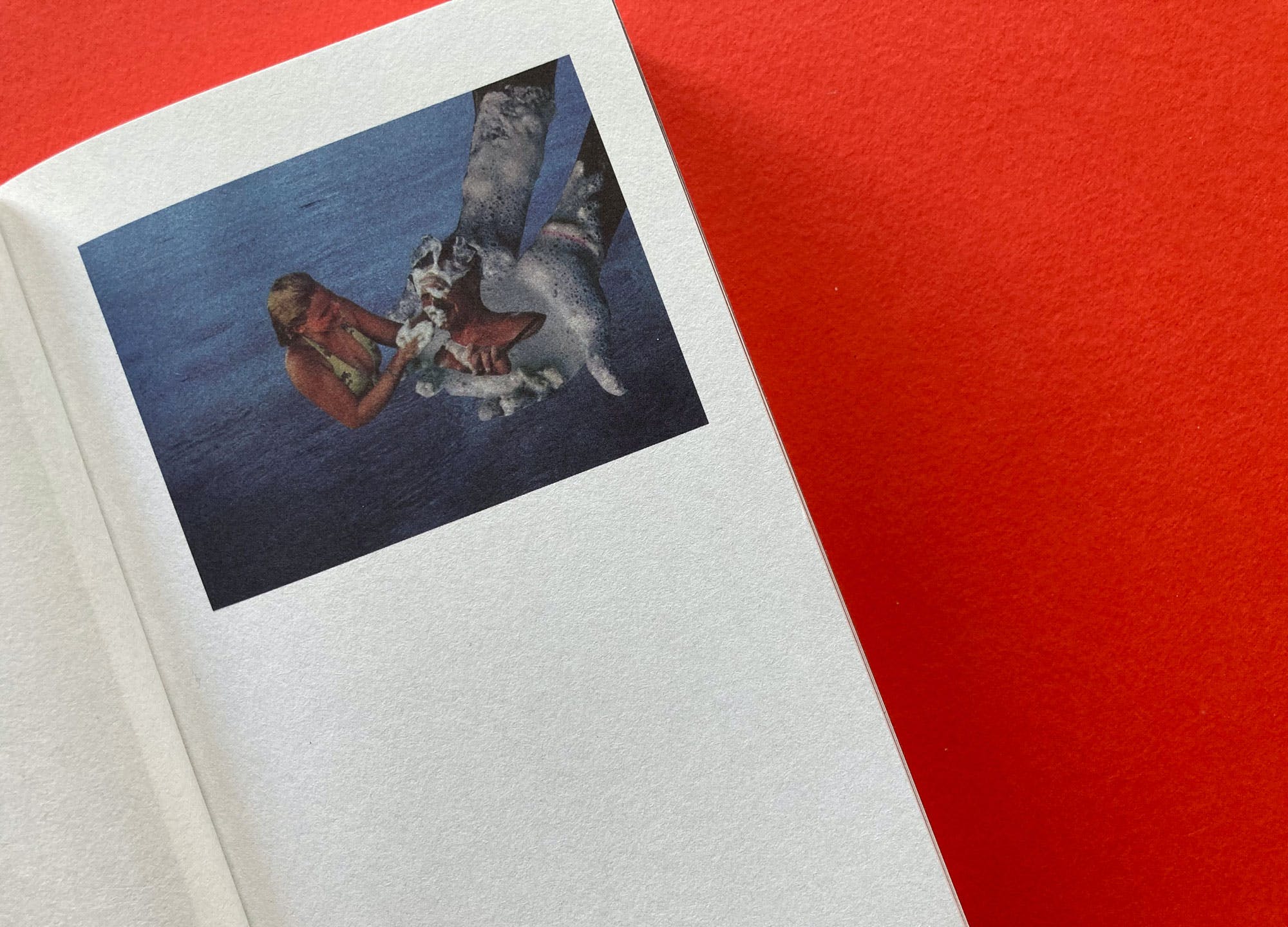 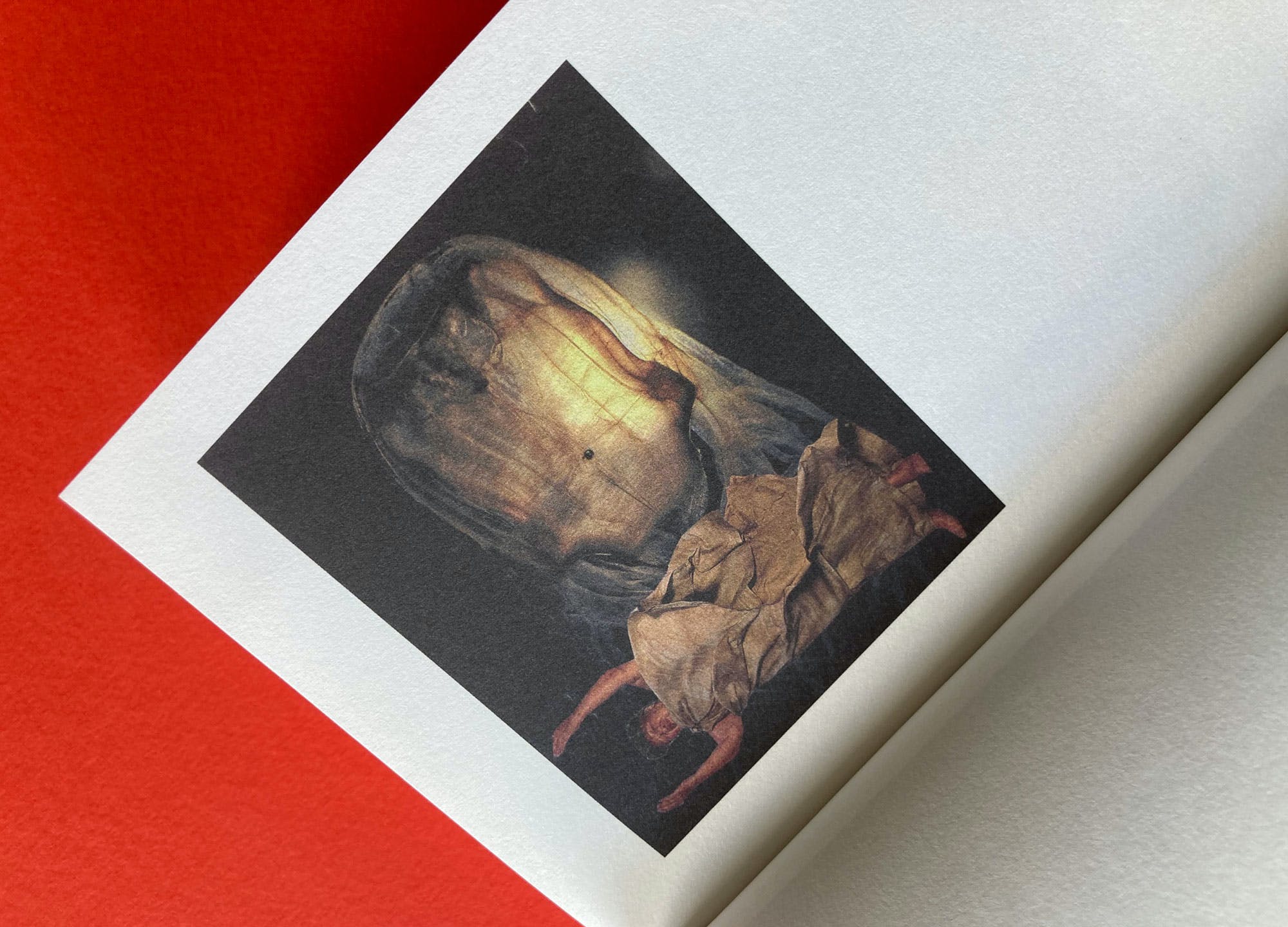 Action is a timely theme. How did you avoid clichés?

Suze Olbrich: The time the theme was conceived was autumn 2019: deep in the before time! A core question underlying our take on ‘Action’, which came about while considering whether we could evade climate catastrophe and all the attendant social injustice that entails, from within surveillance economy stagnancy, was: what motivates any of us to act?

Whether that act is attending a rally; breaking up with a partner; intervening to halt an act of violence; finessing an Instagram profile; coming out; voting, or shopping online — we were curious to look into personal and collective motivations; emotional, social, psychological and political.

With that as the crux of an editorial prompt that went to a smart, eclectic and generally brilliant batch of writers, artists, photographers, we were confident we’d end up with back-to-back singular takes on the drivers of human behaviour.

You mix fiction with non-fiction. How do you choose the non-fiction that you include? What’s your criteria?

Suze: Whether the commission is fiction, non-fiction, poetry, or visual — it’s all about publishing original, thought-provoking responses to the theme, while ensuring the topics covered and human lives contemplated within our pages take the reader on a dynamic, evocative journey. We don’t ever want to stay on the one beat, so we aim to balance graver, more poignant pieces with humour, mystery, and a little weirdness. 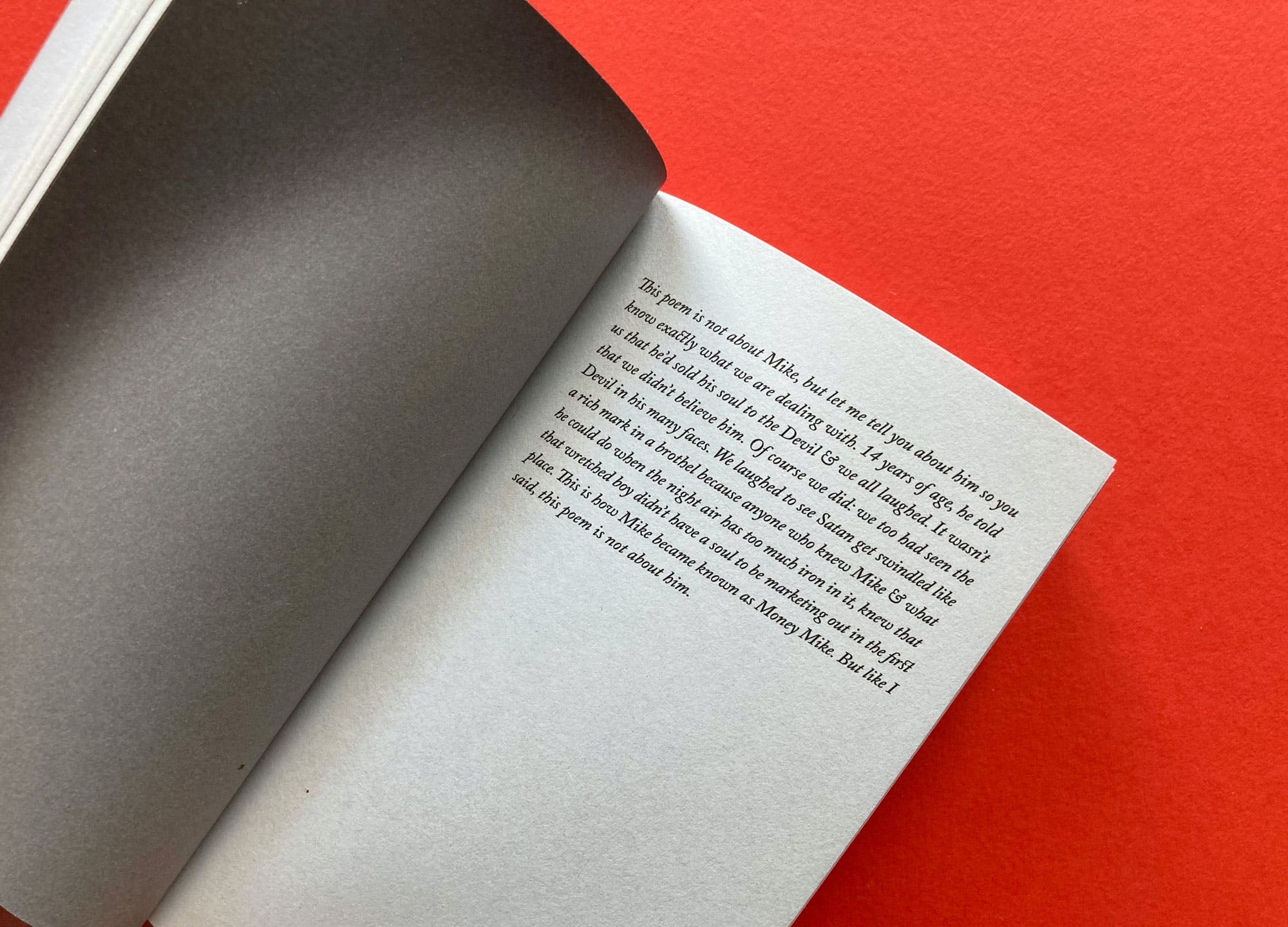 Somesuch is a film production company and Somesuch Stories is a literary magazine associated with that company. When selecting stories, do you think about the film side of the company? Because many of the stories feel cinematic to me.

Suze: They are quite cinematic, aren’t they. Whatever the medium, stories are chosen because they’re atmospheric, keenly rendered, universally emotive, or otherwise transportive — so basically elements that play into captivating cinema. But no, being ‘filmic’ is not a concern. What we do hope to reflect is Somesuch’s groundbreaking, eclectic and irreverent identity as well as their diehard commitment to first-rate storytelling.

Lydia: In terms of the design, I know that Luke was inspired by film in the way he introduced black double pages throughout the book, almost like blank screens or dark cinemas, to break up the stories and allow the reader to pause before entering another unexpected world.

I think the Caleb Femi poem is my favourite thing in the issue. Can you write a little bit about how you found that and why you wanted to include it?

Suze: We love it too! We came across Caleb Femi via 2017’s(!) Dazed 100, got in touch, and he sent the super compelling The Painting on the Wall over as a response to the Action prompt. Naturally, we were hugely excited to get to share it with readers. At that point, we didn’t realise it was to feature in his outstanding debut collection, Poor; annoyingly by then it was too late to add a credit line, so here goes now: Everyone go buy Poor! 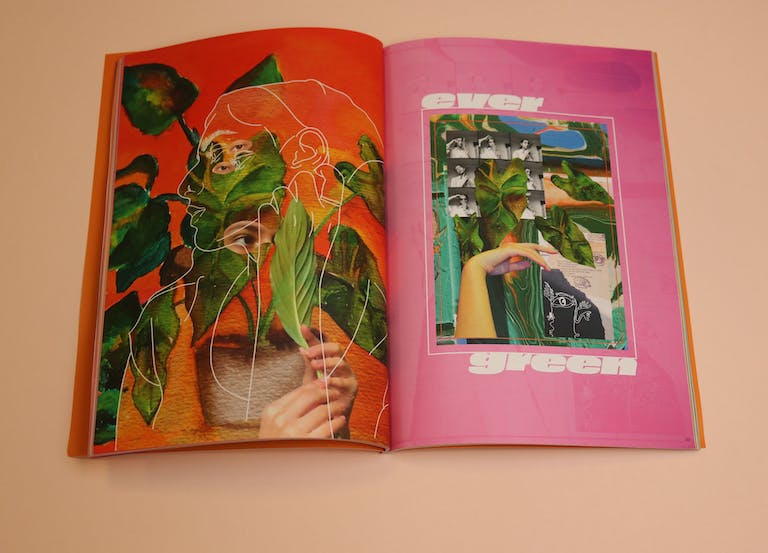 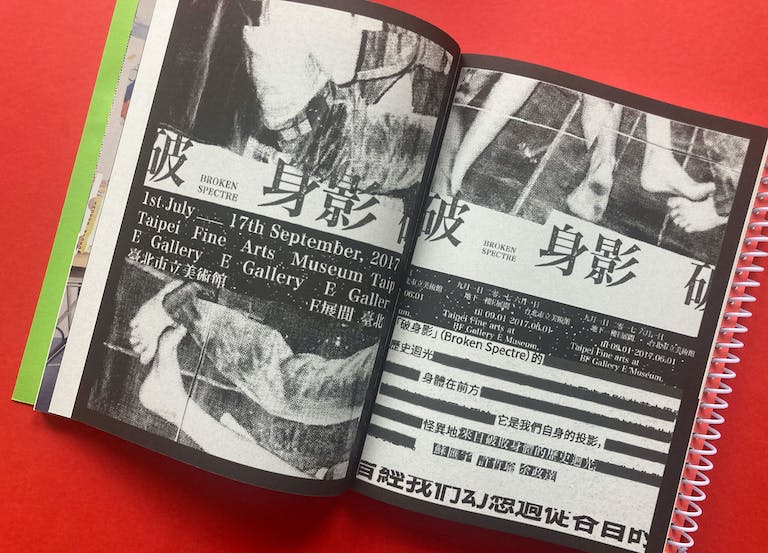