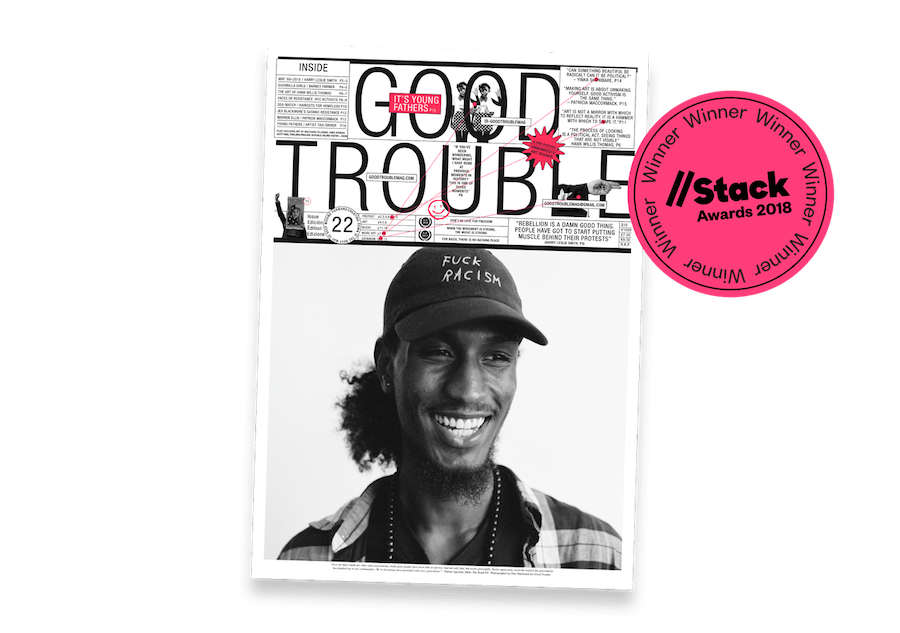 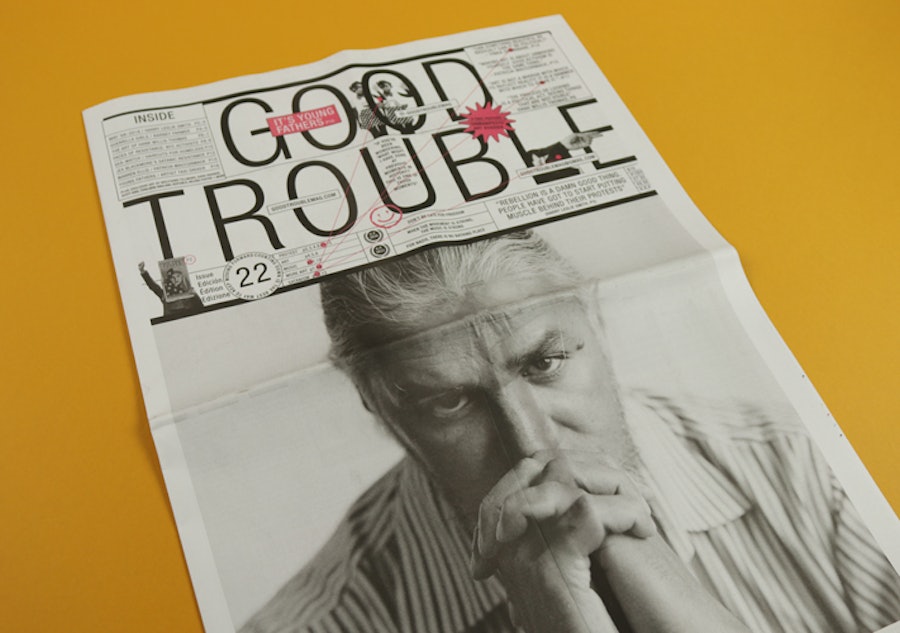 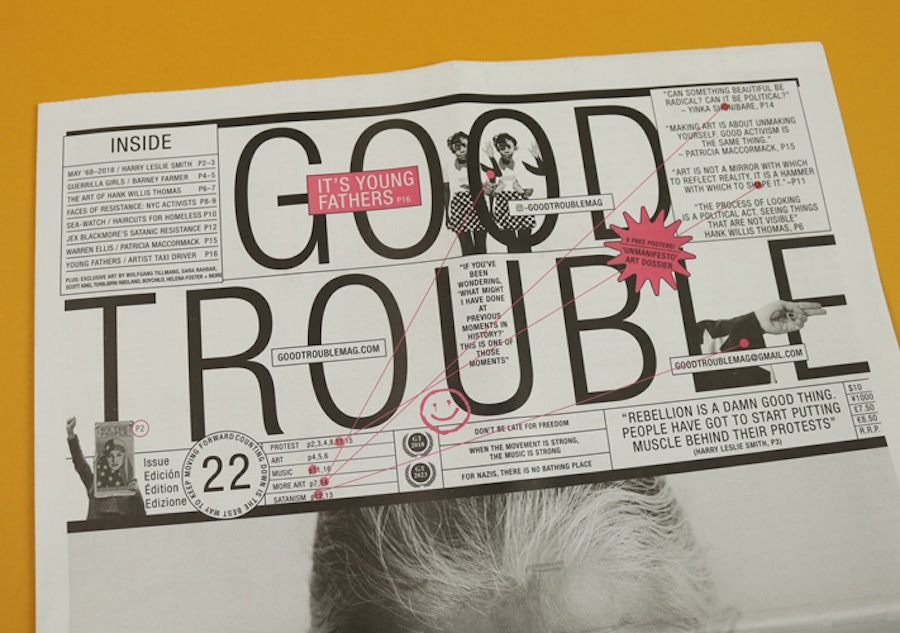 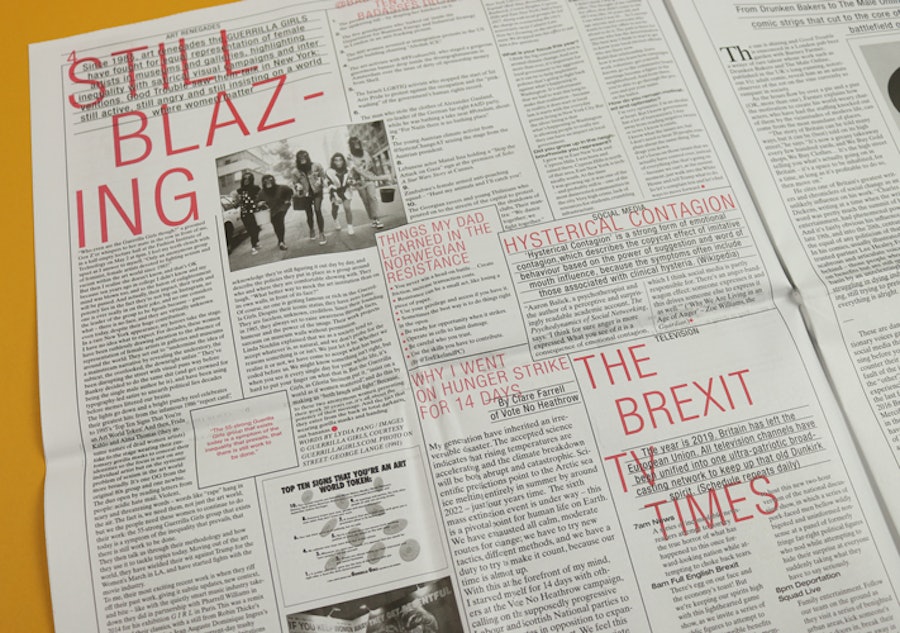 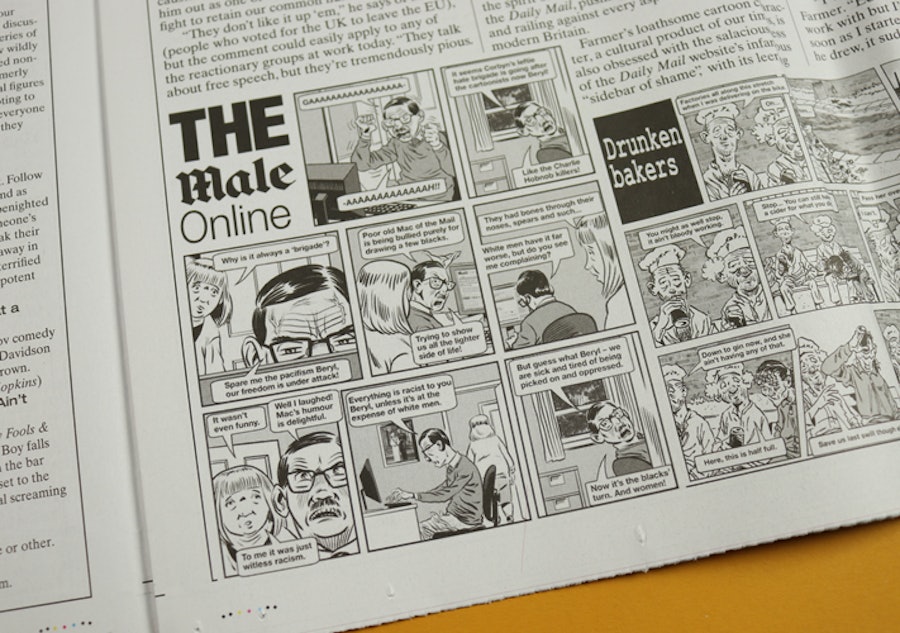 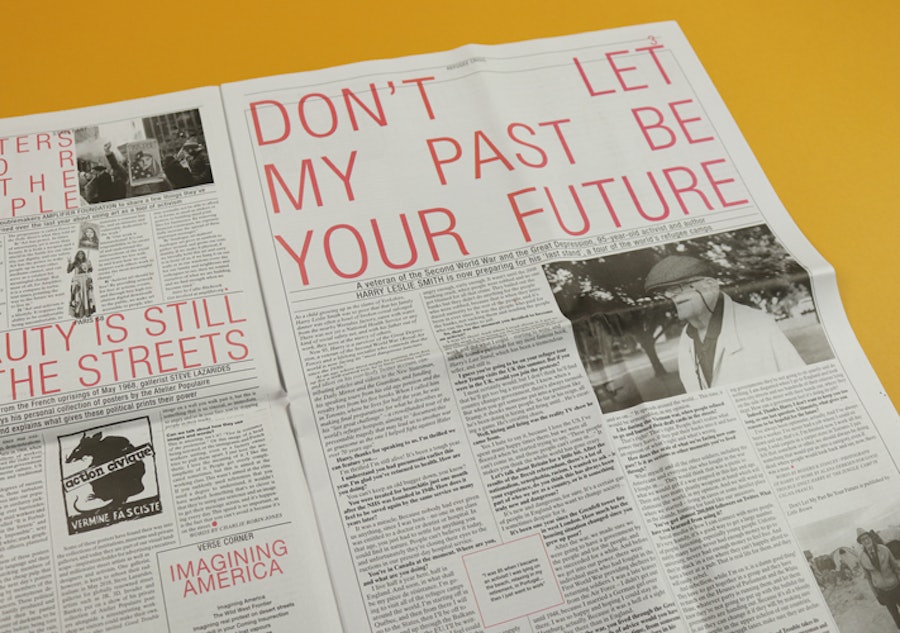 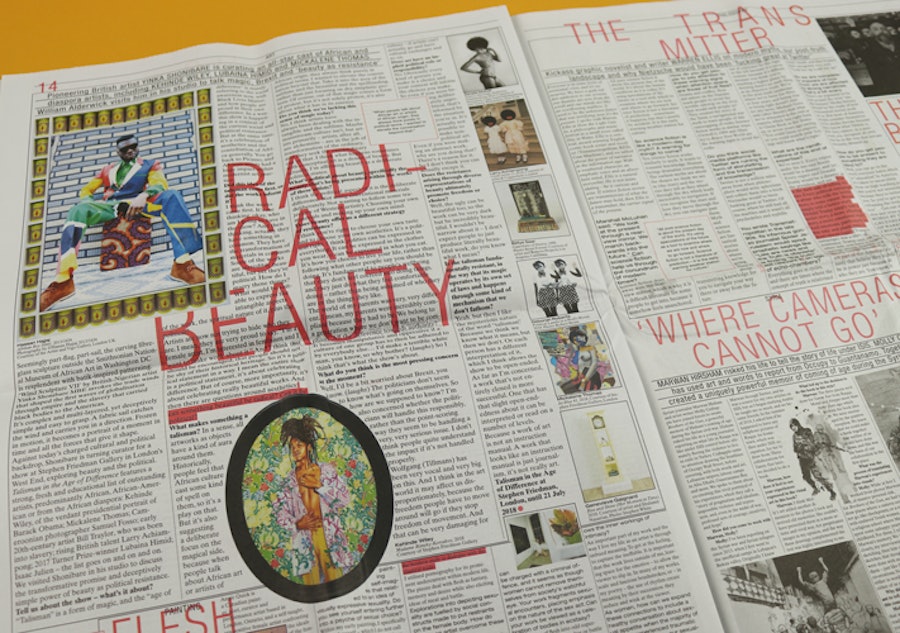 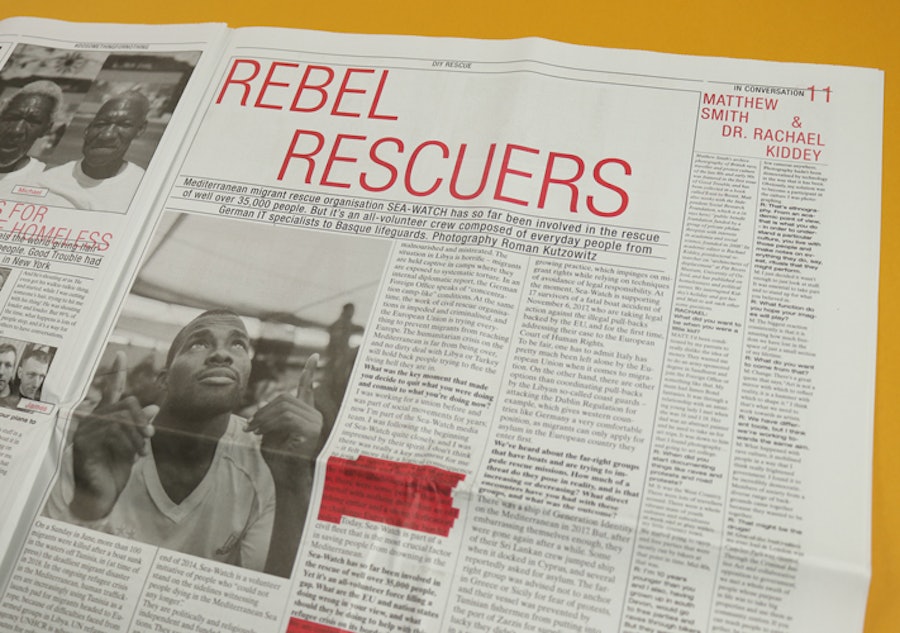 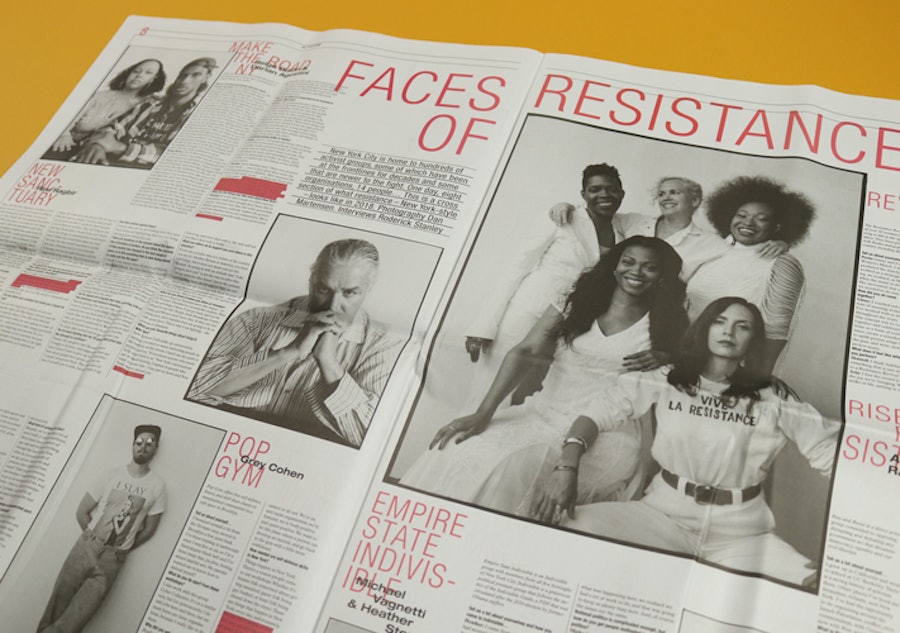 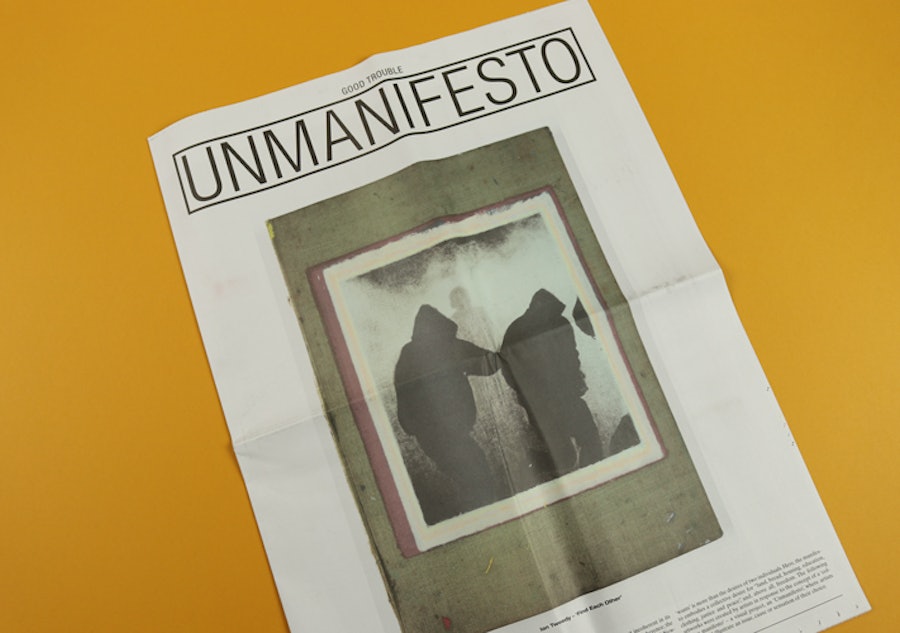 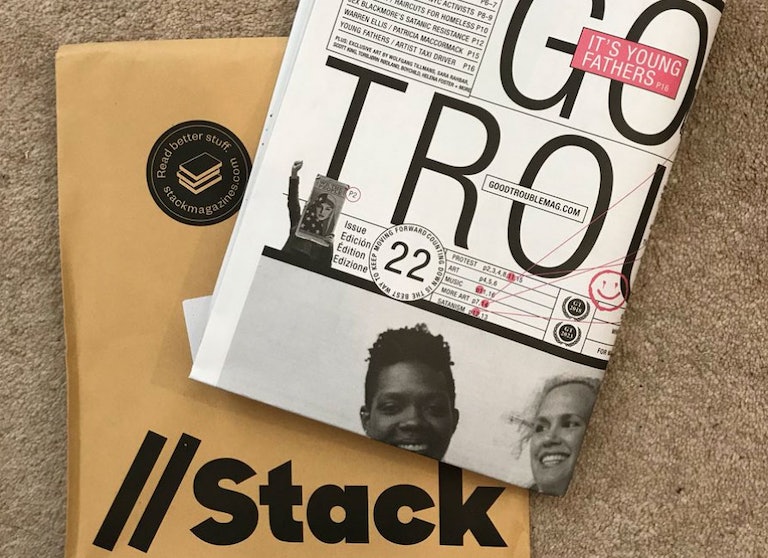 Good Trouble is a magazine of protest, taking its name from civil rights campaigner Senator John Lewis’s call for “good trouble, necessary trouble”, and art director Richard Turley fills its massive pages with an editorial onslaught of text over text and boxes over boxes. That noisy sense of urgency contrasts neatly with the artwork inside the Unmanifesto, its single images printed so big that they’re just asking to be pinned up on a wall.

Both Richard and editor Rod Stanley are Brits living in New York, and there’s a UK / US axis to many of the stories, which explore the reasons why people feel compelled to take action. It’s striking that many of those featured speak about the ways in which they’ve had protest thrust upon them: Harry Leslie Smith was spurred into action in his 80s by the financial crash and ensuing austerity in the UK, while Joshua Coombes started giving free haircuts to homeless people after a chance conversation with a man his own age.

Readers will receive one cover selected at random.