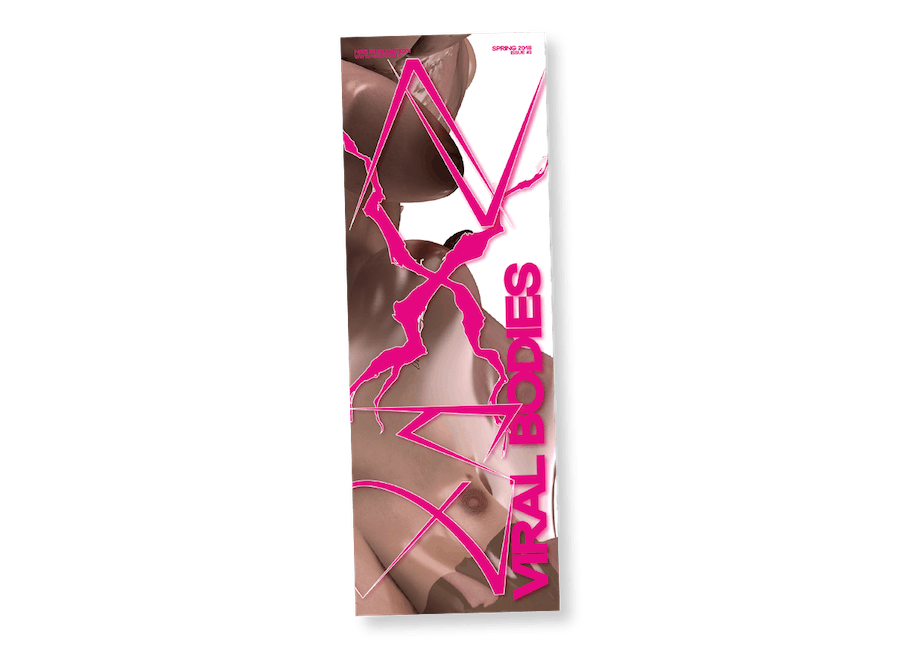 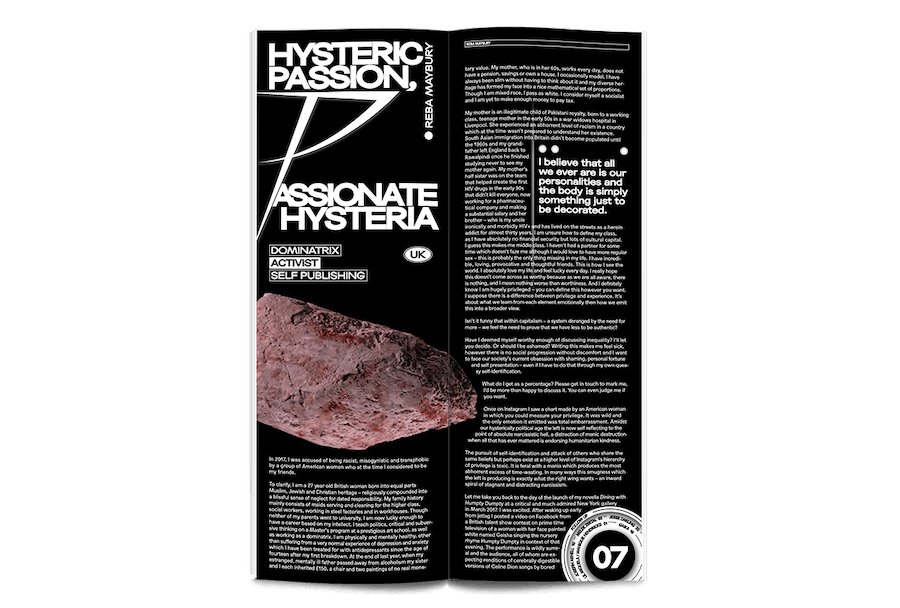 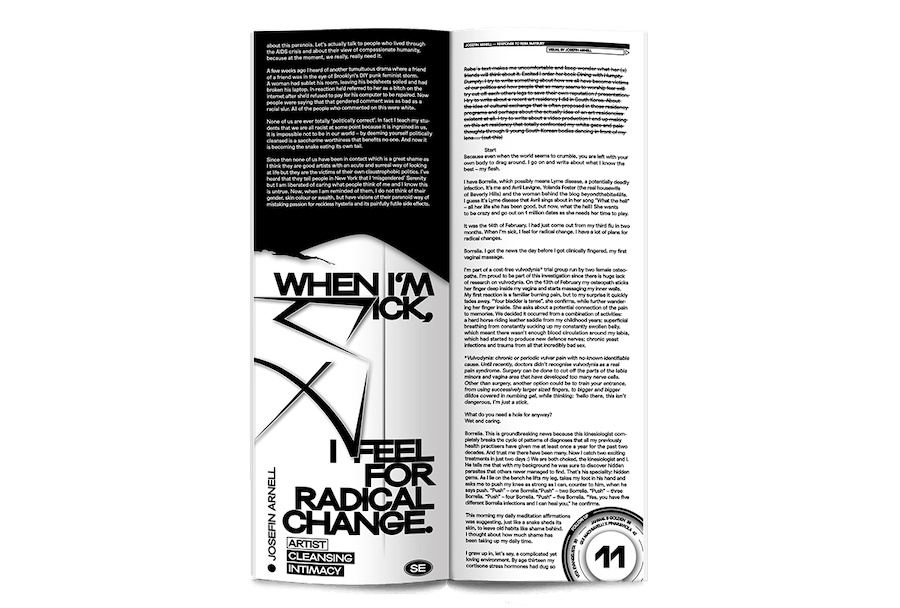 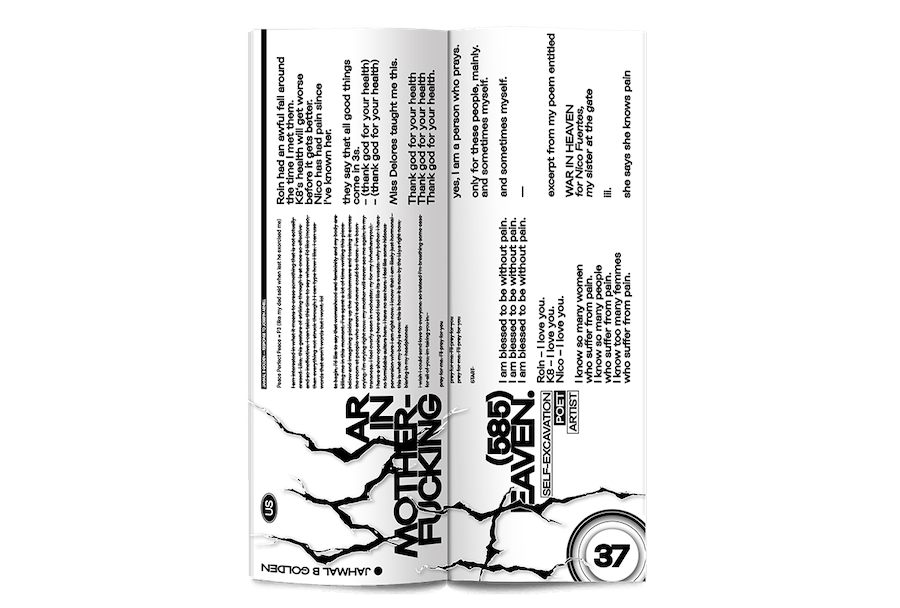 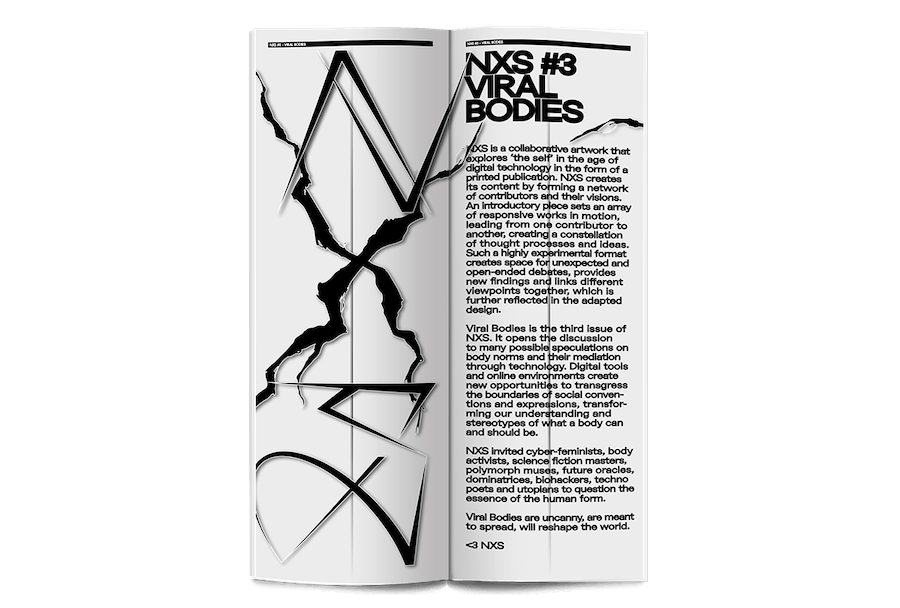 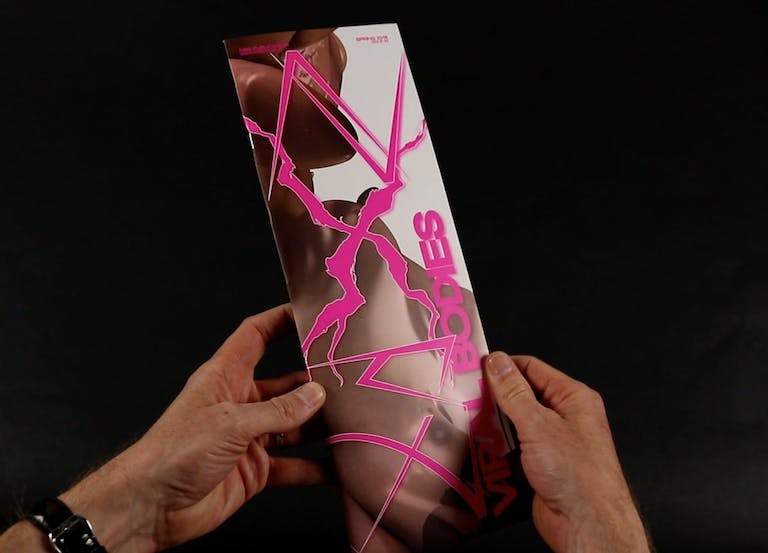 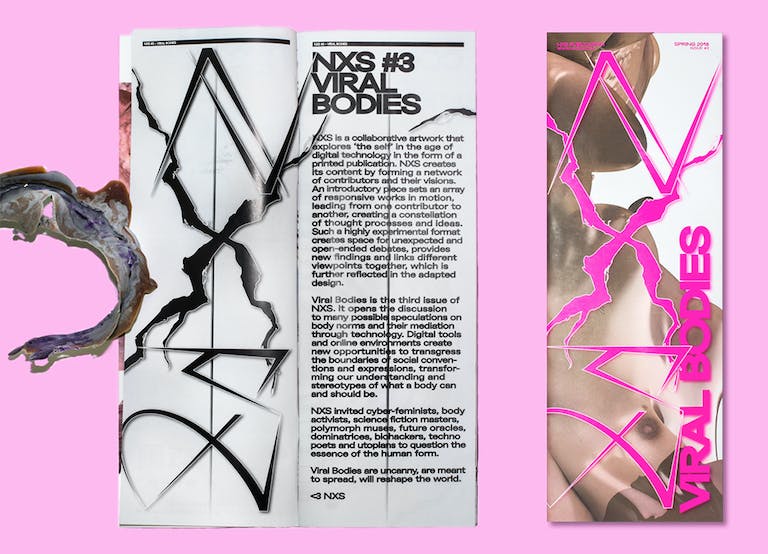 NXS is a Dutch magazine dedicated to exploring ideas of self in the 21st-century with an experimental, avant-garde approach to publishing. It’s physically remarkable (the tall, thin shape is a reference to the scrolling screens of smartphones) and it’s structurally innovative too, using an exquisite corpse framework that begins with a lead story (page six) which other contributors respond to. Follow the references on each article and you can skip around the magazine, jumping back and forth to see which pieces inspired one another.

The content itself is just as innovative; the logo and title typography change every issue to reflect the tone of the contributions, and this time they use jagged angularity to communicate the confusion and consternation that runs through the magazine. For example in her deeply personal lead story, Rena Maybury ponders over race, class, gender identity and the baffling power of social media, and it’s clear that she’s writing in the knowledge that she will not only be read, but also responded to by others. So it’s striking that while Josefin Arnell begins her contribution (page 11) with a direct response to Rena, she abandons that in favour of her own “flesh”, and specifically the many illnesses she has struggled with through her life.

It’s chaotic and difficult, but it’s also playful and spontaneous – this is a magazine that wants you to turn it around as you flip through pages of essays, poems, emails and interviews, each one raising more questions as it adds layers of meaning to what came before. Above all else it’s a meeting place (‘NXS’ is pronounced ‘nexus’) and an experimental platform for unconventional conversation.