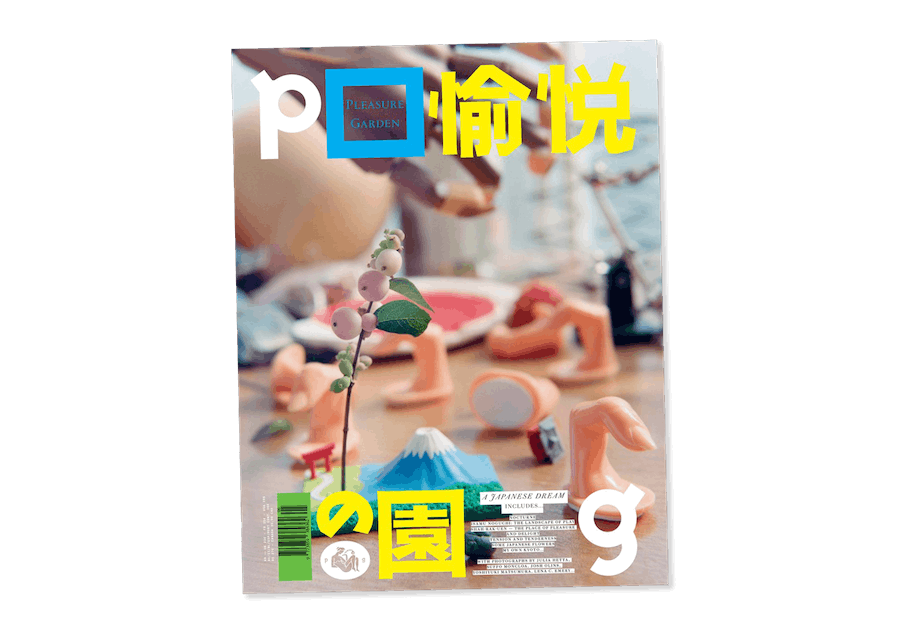 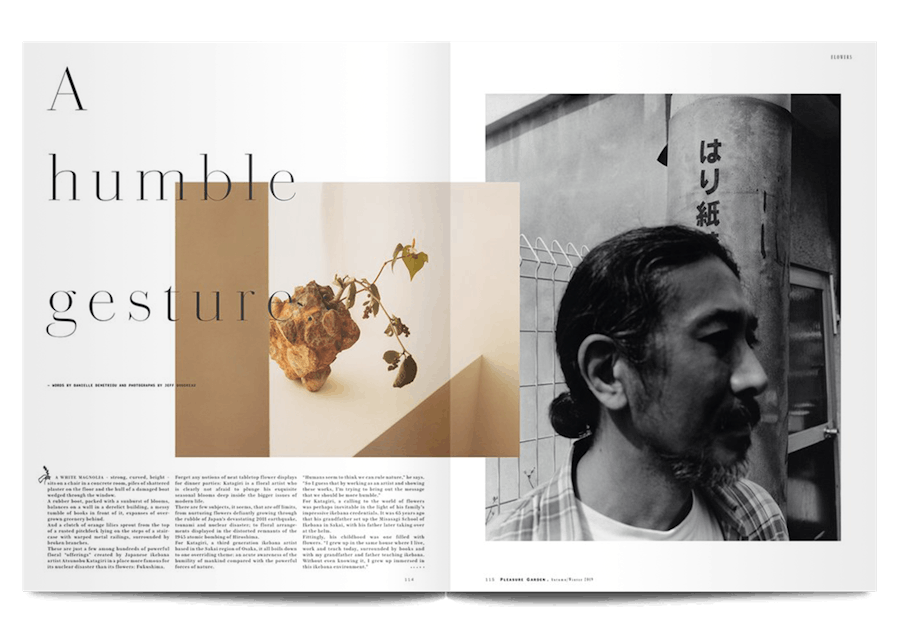 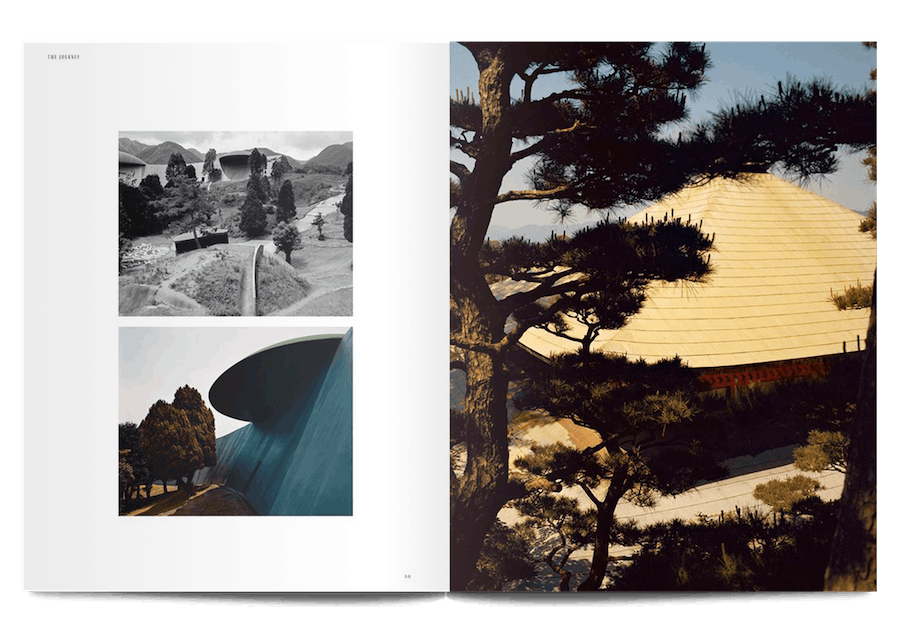 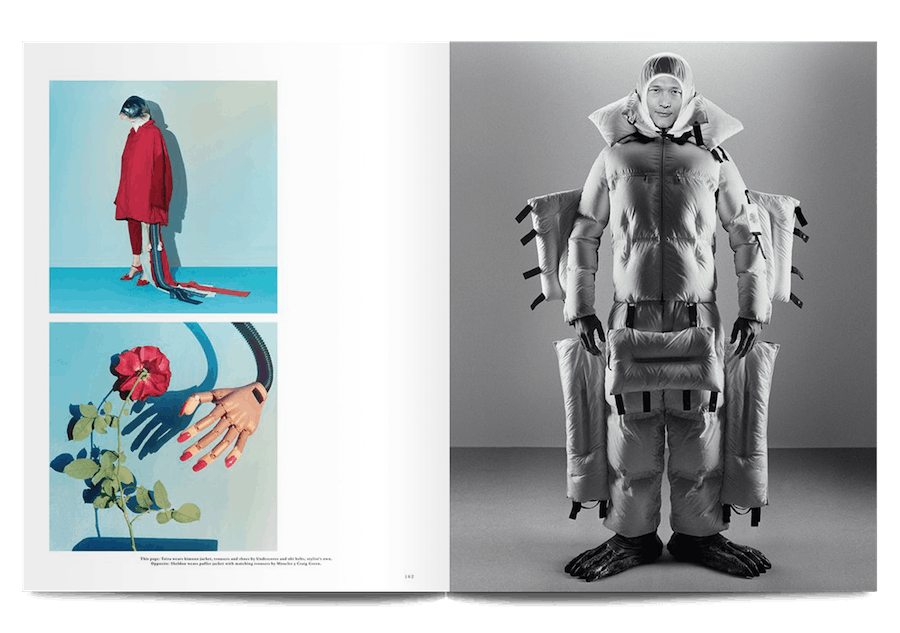 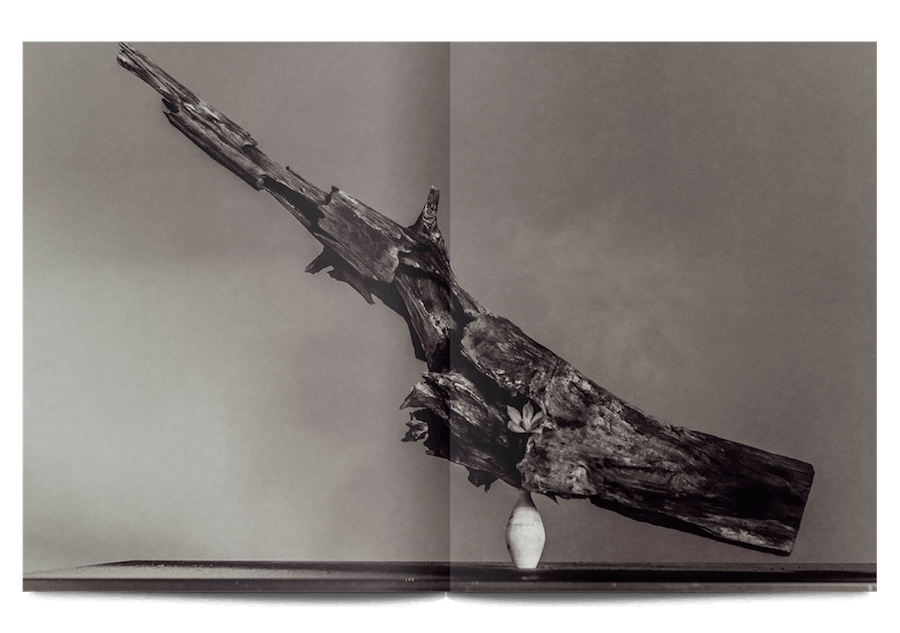 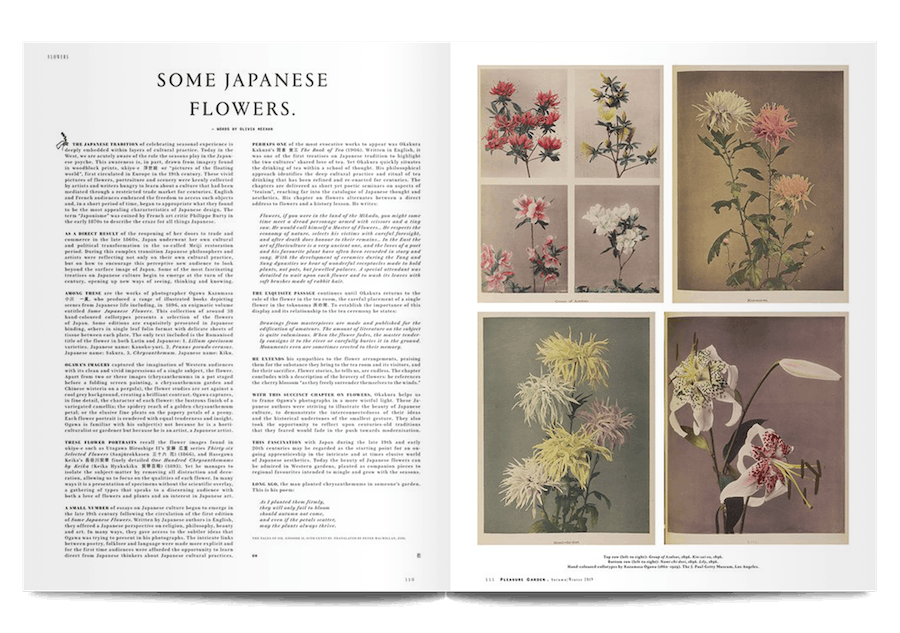 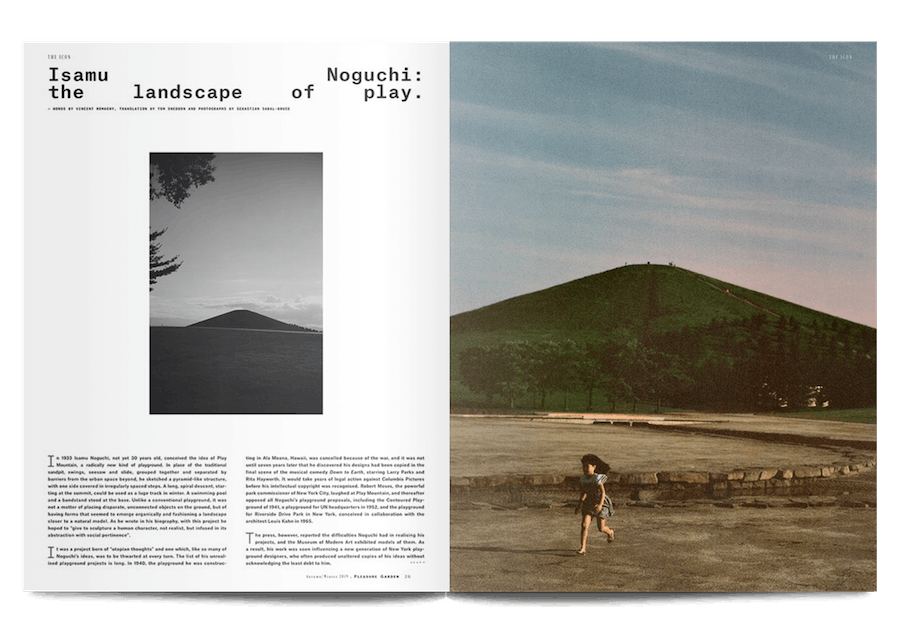 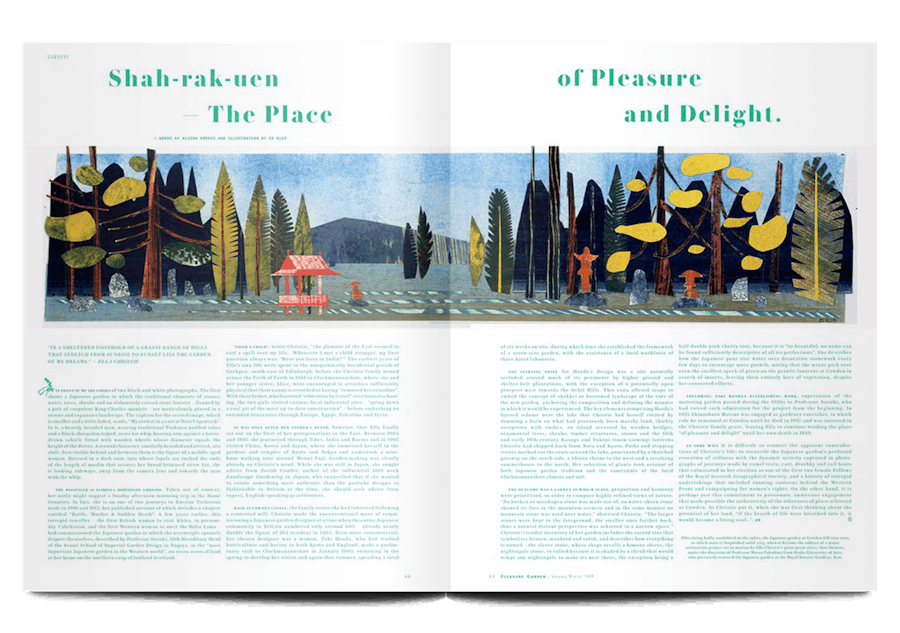 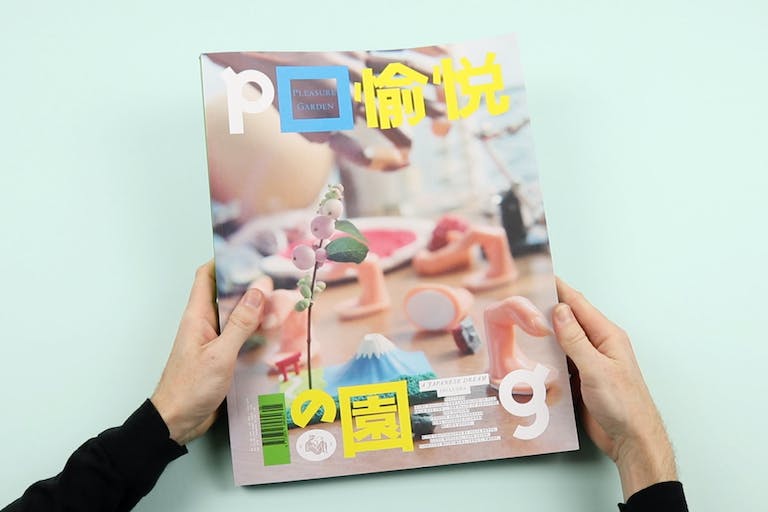 Taking its inspiration from the pleasure gardens of 18th-century London, Pleasure Garden magazine steps away from the practicalities of weeding and planting, and instead places the garden within a wider cultural context that presents it as a place filled with art, music, fashion and sex.

This issue is dedicated to Japan, exploring interpretations of the Land of the Rising Sun, and taking inspiration from Isamu Noguchi, the Japanese American artist and landscape architect whose work represents much of the dialogue between Japan and the West through the 20th century.