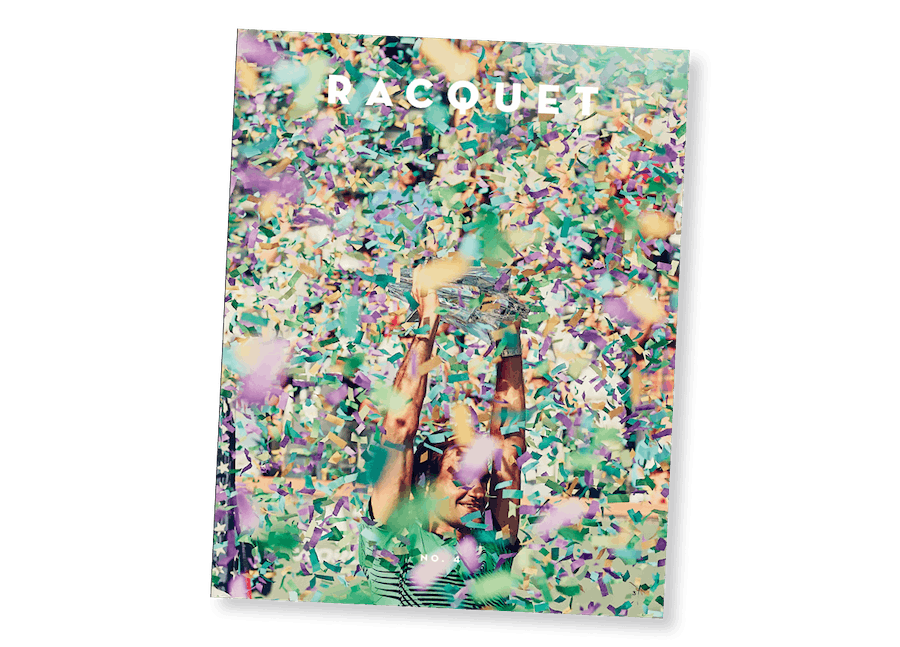 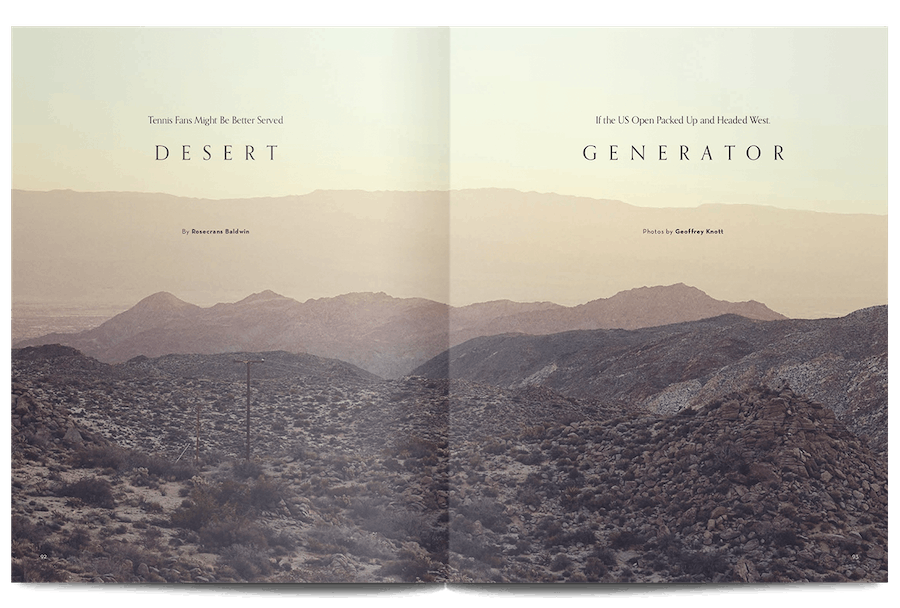 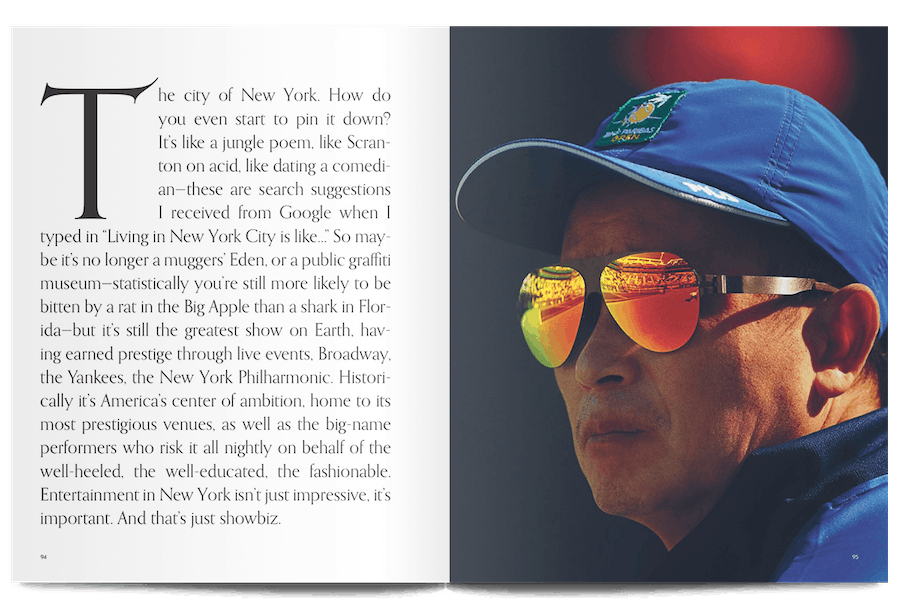 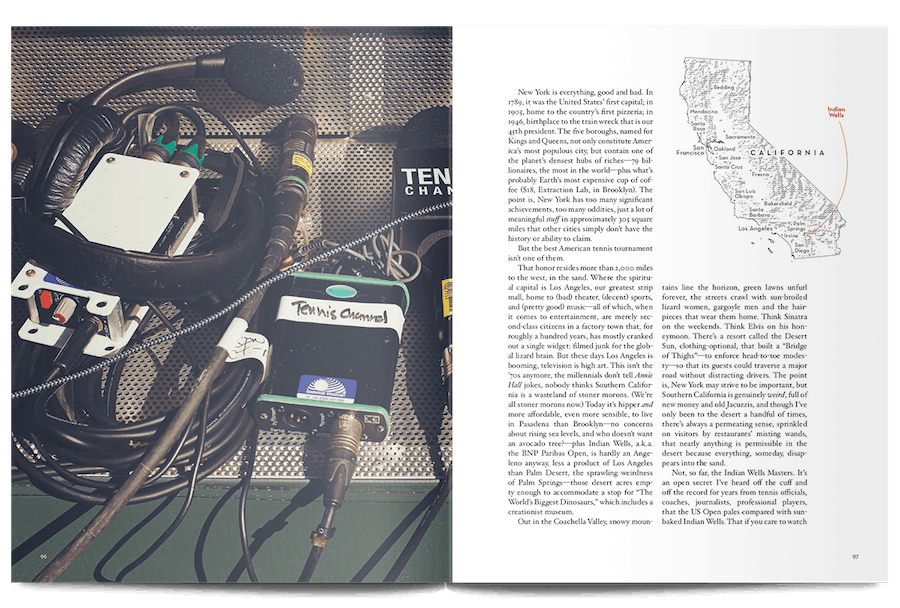 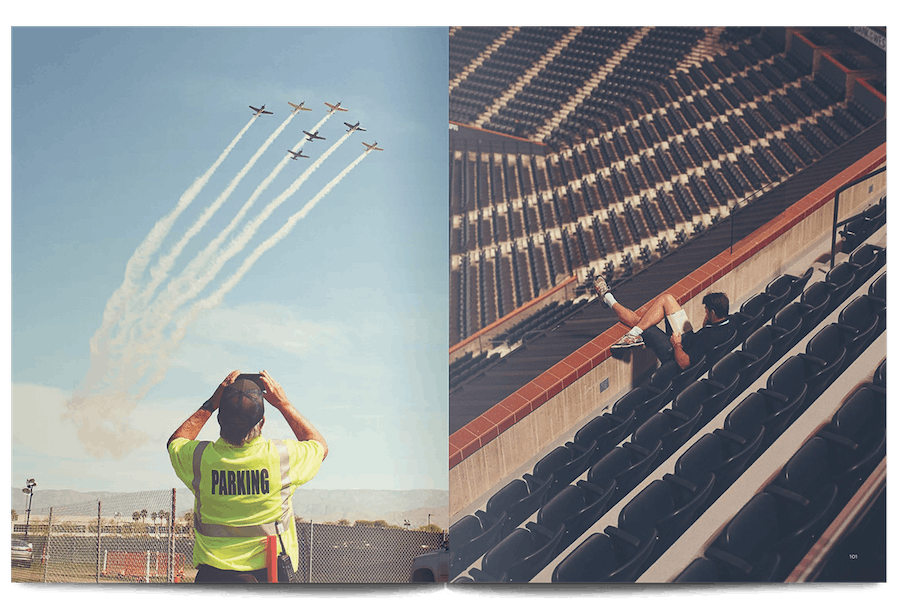 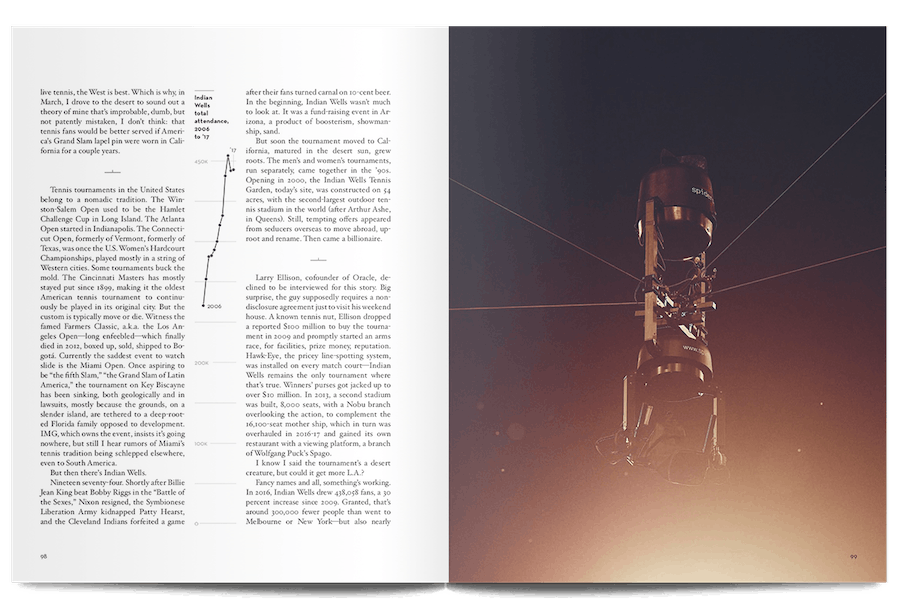 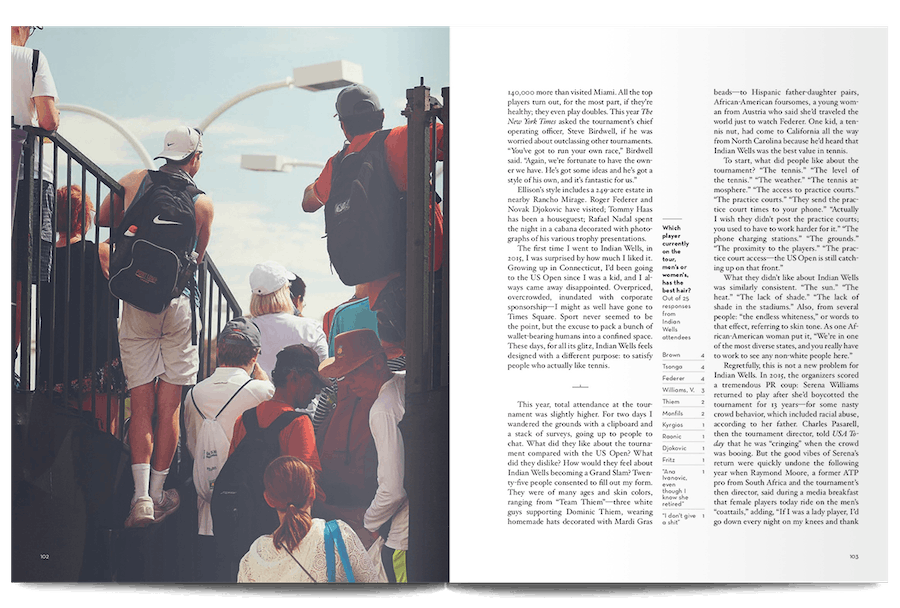 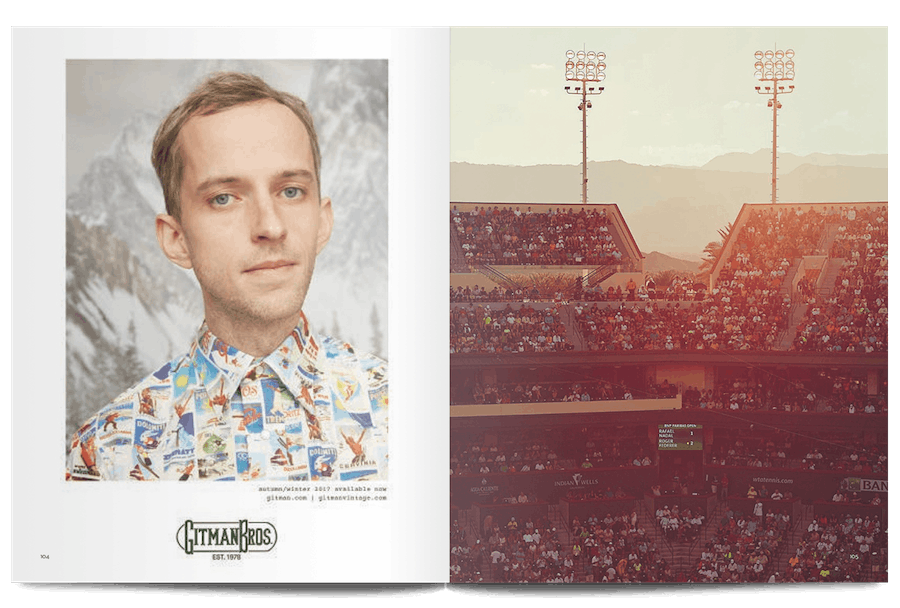 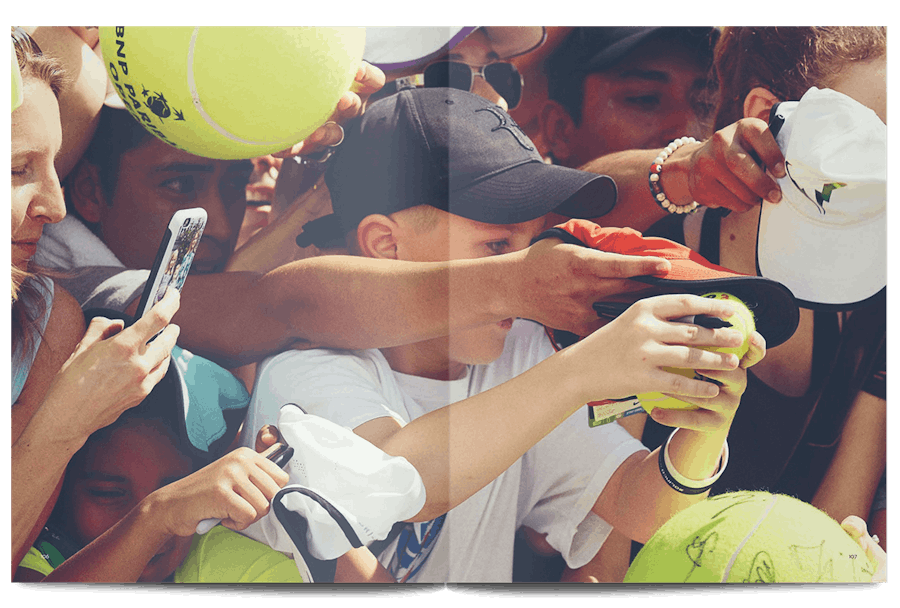 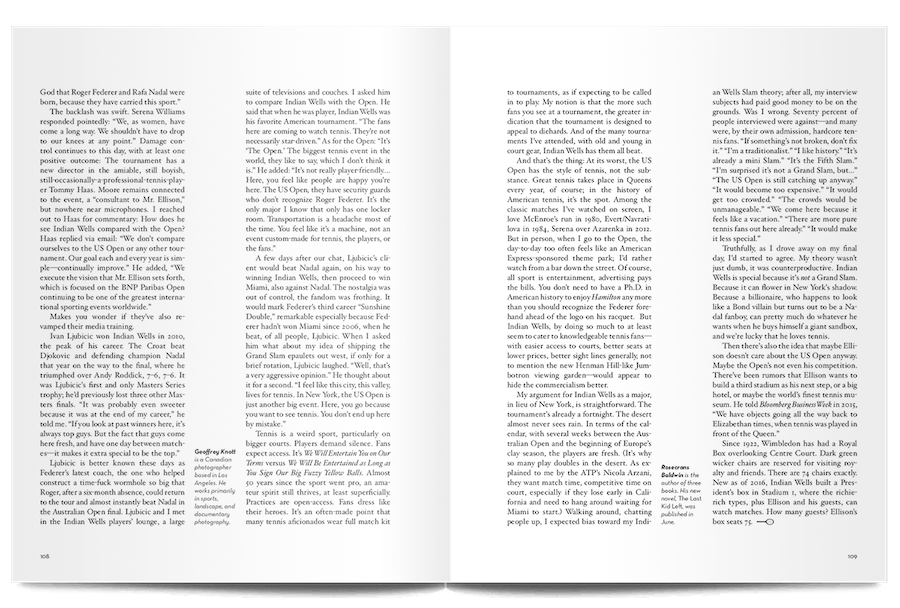 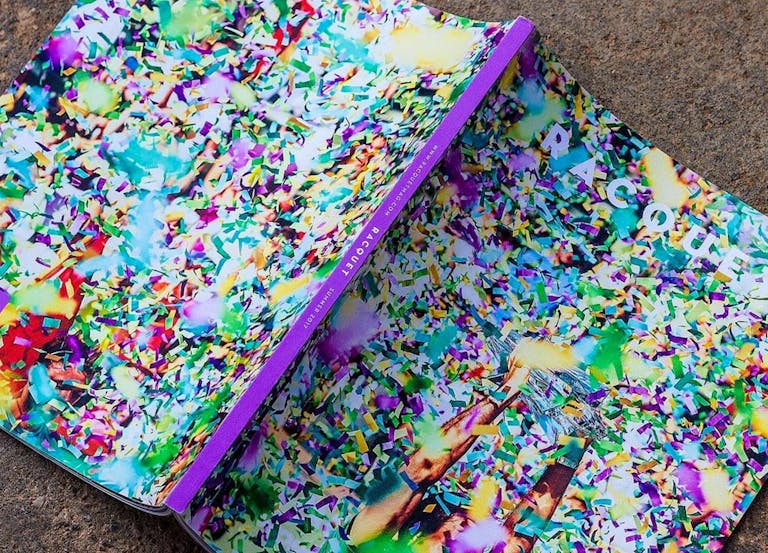 A tennis magazine unlike any other, Racquet uses the sport as a starting point for telling broader stories about art, rivalry, victory and defeat. This issue’s opening story on tennis in Russian literature is a perfect case in point, tracing a line from Tolstoy’s Anna Karenina in the 1870s to Nabokov’s Lolita in 1955, and explaining what tennis tells us about the characters in those stories, and about ourselves.

The rest of the articles in this issue aren’t as literally literary as that first piece, but there’s a scope and ambition that continues to operate on the highest levels of human experience. Writing about John McEnroe’s inglorious later career, for example, Stephen Tignor explains the absence created by Bjorn Borg’s retirement: “He had idolized Borg, and their duels lingered in his mind as a kind of paradise lost, one that he would never regain with any other player on tour.”

It’s brilliantly affecting writing, combined with inventive and playful graphic design and printed on paper that editor David Shaftel has described as having the same texture as a freshly-swept clay court. We delivered this magazine to Stack subscribers in August 2017, and if you didn’t catch it then it’s well worth picking up now.

Issue 10 of Racquet is also available in the Stack shop.