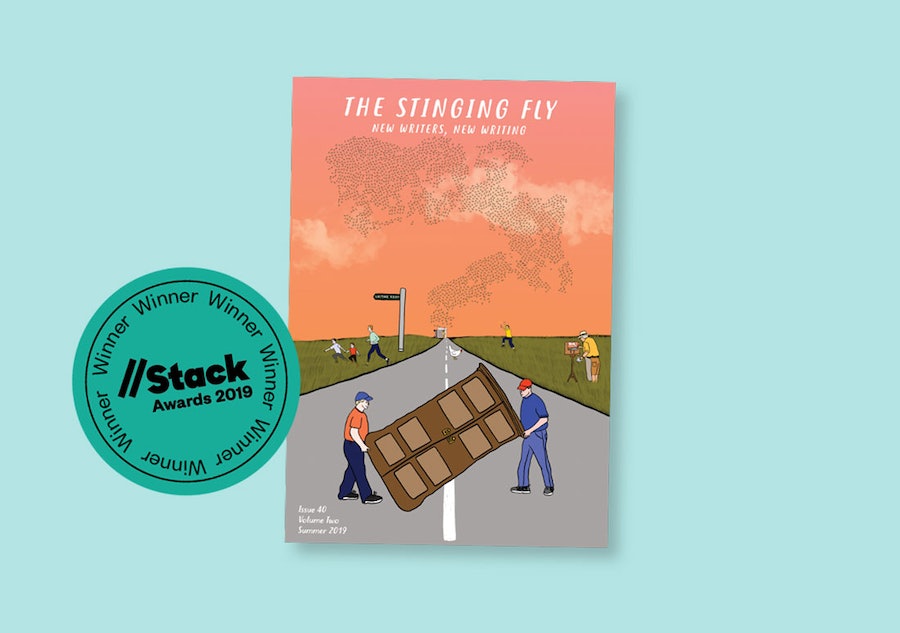 The Stinging Fly magazine was established in Dublin in late 1997 to seek out, publish and promote the very best new Irish and international writing. It has a particular interest in encouraging new writers, and in promoting the short story form. Two issues each year offer a lively mix of brilliant new fiction, nonfiction and poetry from both new and more established writers.

Winner of Best Original Fiction at the 2019 Stack Awards