Behind the Scenes: Good Sport magazine 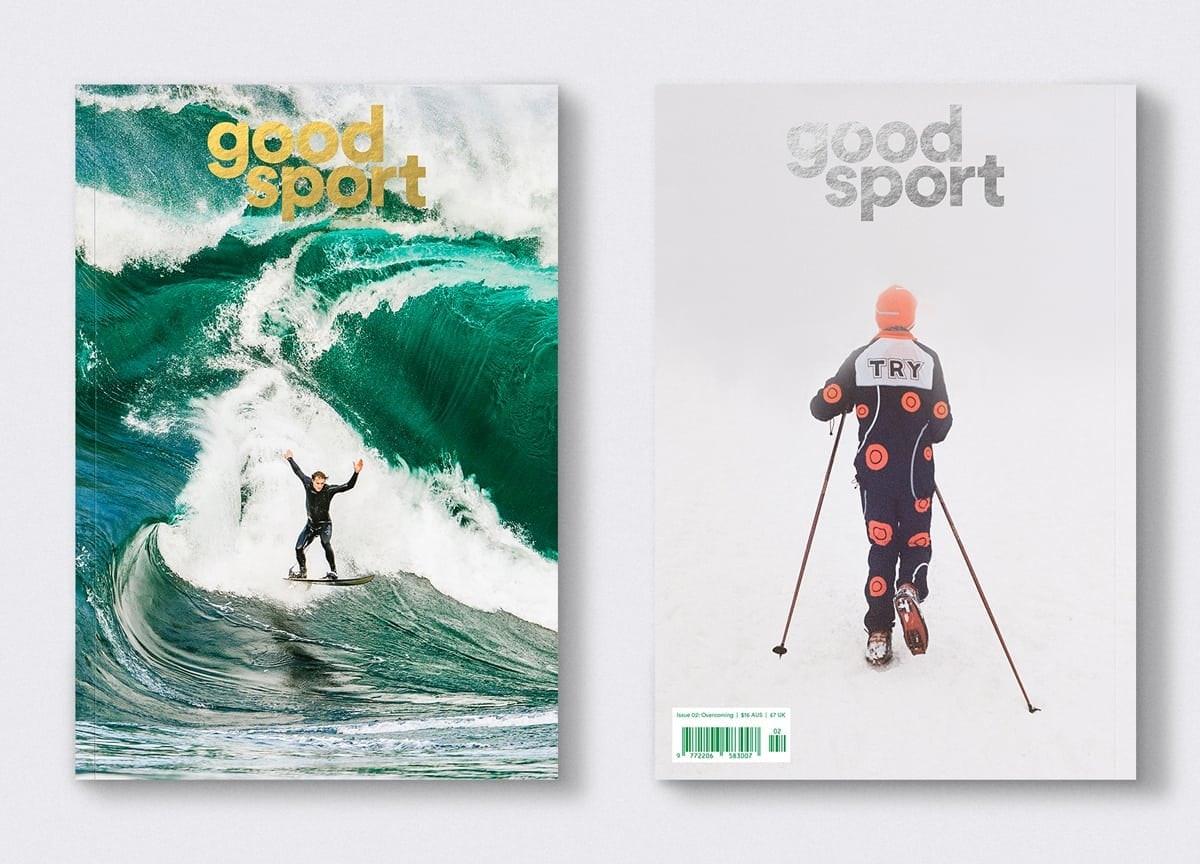 I’ll admit it: I’m the kind of person who rolls their eyes every time the sports channel comes on at the pub. But that’s why coming across Good Sport magazine is so refreshing and rewarding — this is a sports magazine that goes beyond the physical act of playing sport to tell inspiring and engaging stories of really remarkable people.

Themed ‘Overcoming’, its second issue includes stories of Olympians and Paralympians, deep sea divers, female fighters, artists, surfers, cross-country skiers and more. Editor Ben Clement found half an hour to speak to us last week, before he flew off to the Tokyo Art Book Fair. 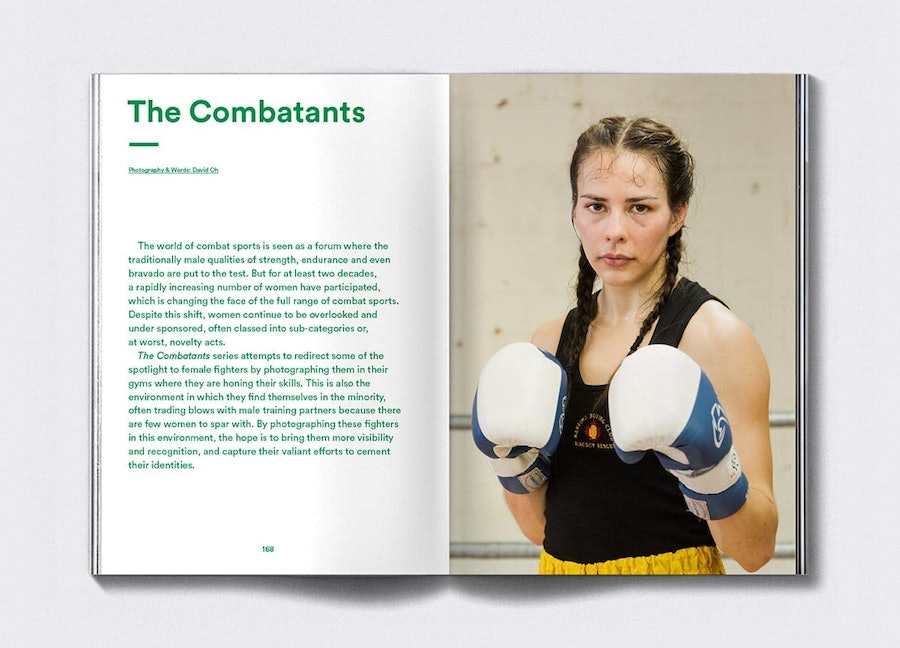 For someone who’s not into sport, this had some of the most engaging reading I’ve come across recently.
Thanks so much. A lot of people say that to us, and that is definitely our main goal. For a long time, sport has been presented to us in this pretty archaic way, like, usually pretty jock-y and driven by the media, usually pretty sexist and racist, and a lot of people just have no way of being able to engage with sport on a diverse and open level.

It reminded me of Haruki Murakami’s What I Talk About When I Talk About Running. In it, he’s not really talking about running, he’s talking about pain and endurance and all these human experiences.
You can kind of use sport to do a bit more than what the activity is, whether that’s breaking down social barriers or just learning to become friends with people, or help you travel to different places, or just have a conversation. 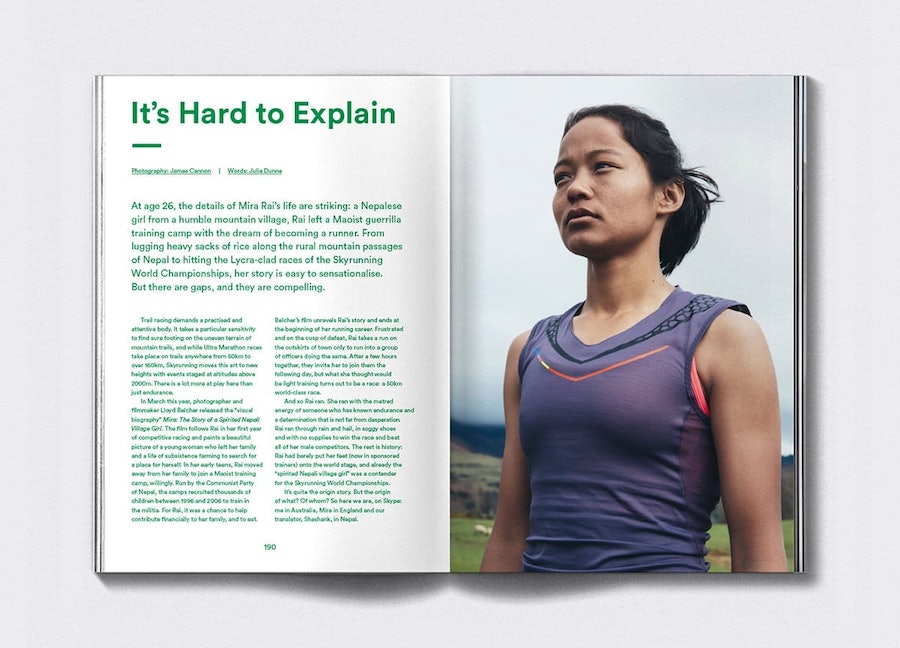 An example is the article about the rehabilitation centre for people who were victims of torture, which is something you wouldn’t think you’d be able to relate to sport…
I know! That story still gets me. It took about seven months to get that story locked in. But to be able to tell a story like that through the channel of running is kind of amazing, I think.

For stories like that, it obviously comes from a very sociopolitical place, beyond sport. What made you want to commission something like that?
Things like social, economic, political and cultural stories are what we’re challenged by and conflicted by and want to give a voice to. Using sport as that platform to tell those stories might hopefully reach people who would not have engaged with it normally.

For example, if you see a news headline talking about asylum seekers or refugees, people might not connect with it because they don’t understand it. But if you come at it from an angle that is a little bit more relatable, for example, running or playing a certain type of sport, people might go, “Oh, yeah, I understand that.” 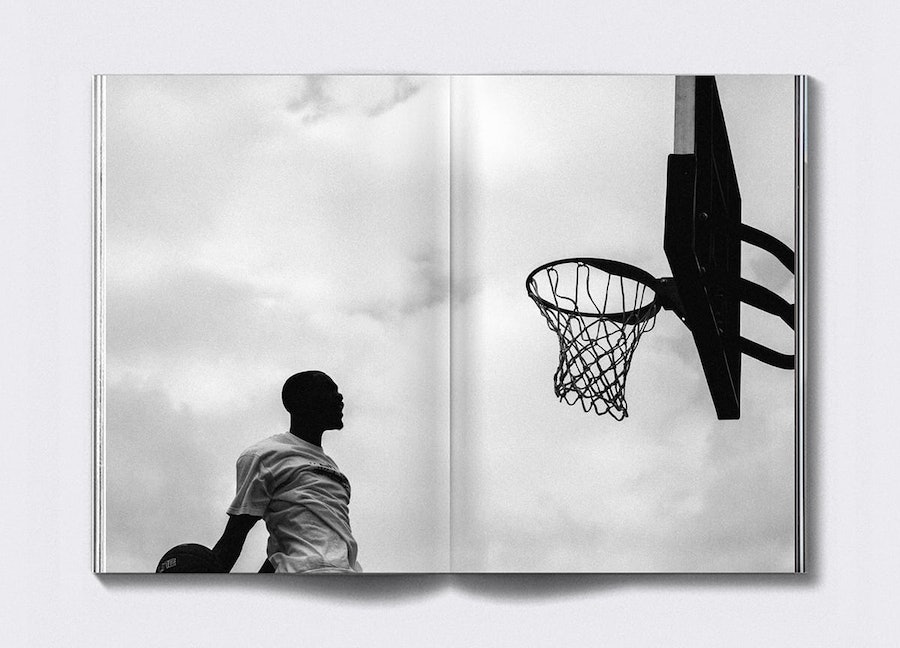 At the same time, there are pretty hilarious articles like ‘Halftime Oranges’ (below), where you juxtaposed the junk food fans eat with their heroes’ streamlined diets.
Yeah I think it’s important to have a balance between the trivial and the serious. That piece is kind of a funny but insightful take on food culture and sport, and it’s written in a very light tone, and we have a laugh doing it. It’s pretty ironic that sport is driven by super health foods, being on the right diet, but all the fans are generally on the sidelines eating pies and sausage rolls. 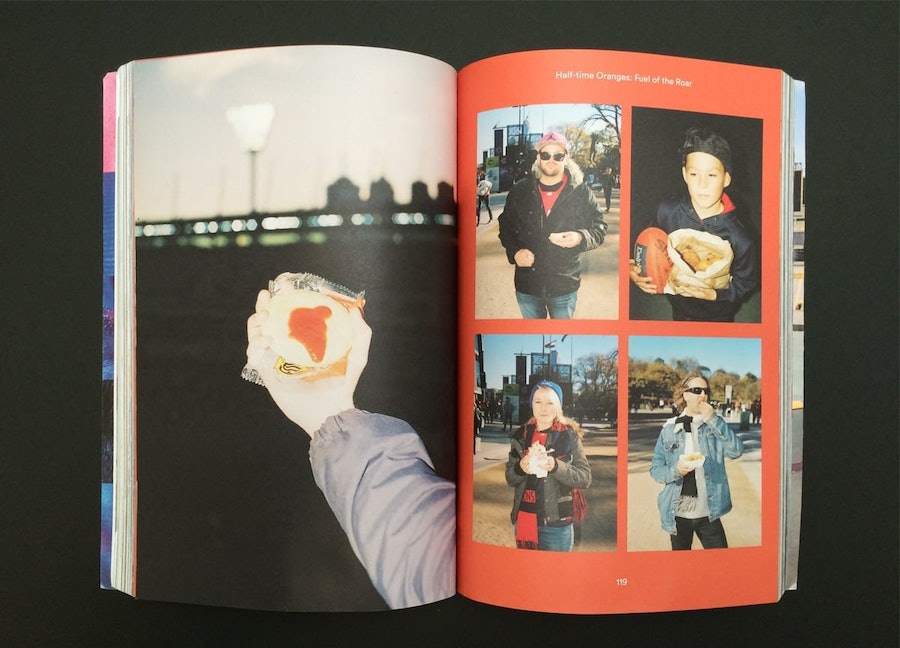 The issue shattered this divisive stigma a lot of people associate with competitive sports, because there’s always a winner and a loser…
You could go your whole life playing a certain sport and never win a game, but you can get the most enjoyment out of it, learn about the human condition, or affect other people’s lives in a positive way. It could even just be down to getting healthy and mentally strong, or help you in your creative field. That’s why we explore a bit further past just athletes or teams — we interviewed the guys from a yoga studio, spoke to Aaron Bondaroff of Know Wave, and Gabriel Cole who’s an artist and an athlete. 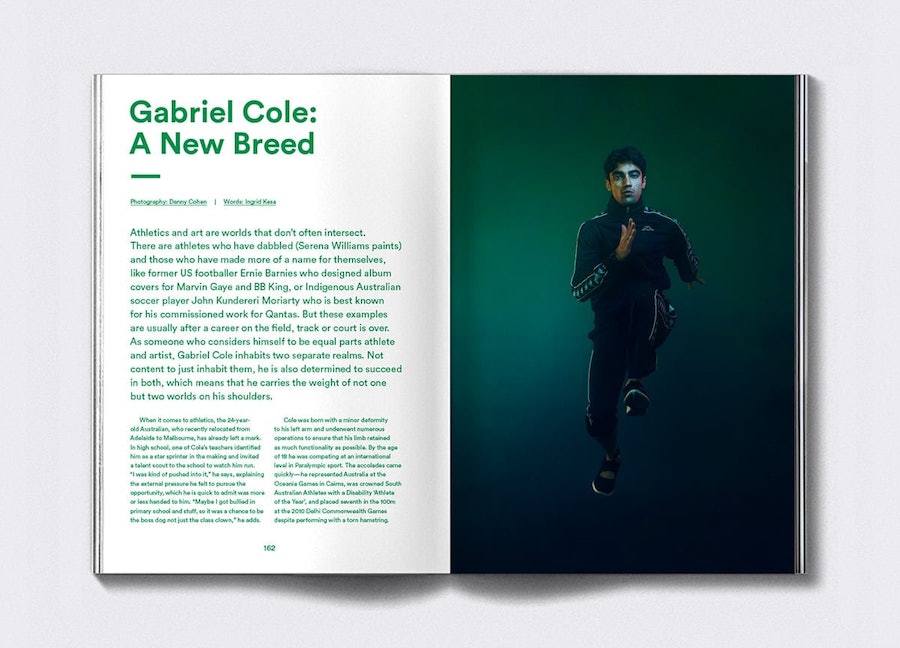 Julia Dunne, one of the writers in this issue, talks about sport by saying: “Just as pleasure can be found at the fringes of pain, no thrill is complete without risk.” What does sport mean for you?
I’m constantly thinking about it. I enjoy the competitive, athletic side of sport; I run, play basketball, and I enjoy that feeling when you’ve trained hard and it’s been stressful on your body but it feels really rewarding. There’s no other feeling like it. But also, getting together with friends to play a sport can help massively mentally, and even release stress or help you think of ideas. For me, it means a lot of things. Sport is fun.

I’m quite interested in the timing of this issue to coincide with Rio. Being an independent publisher, one of the benefits is being able to extend deadlines, but maybe not so in this case…
It was really tricky this time. We would’ve got it out a little bit earlier, but it’s really important to us to tell the full story, and there were a couple stories that we wanted to just finish off. There are two Olympian stories in this issue, so the mag kind of came out just as the Olympics finished but just before the Paralympics started, so I wasn’t too worried that, because we aim for it to live on past a certain event. Ideally, you can pick up the magazine in 10 years time and it still gives you something. 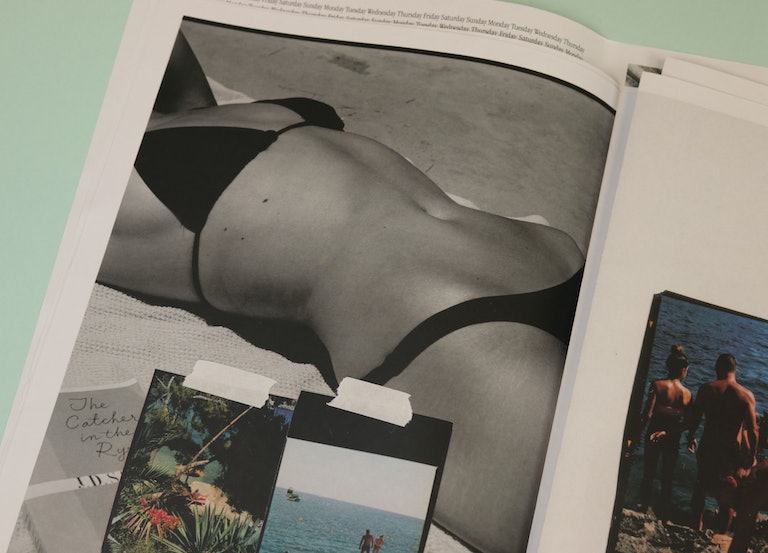 An alternative history of a plague year