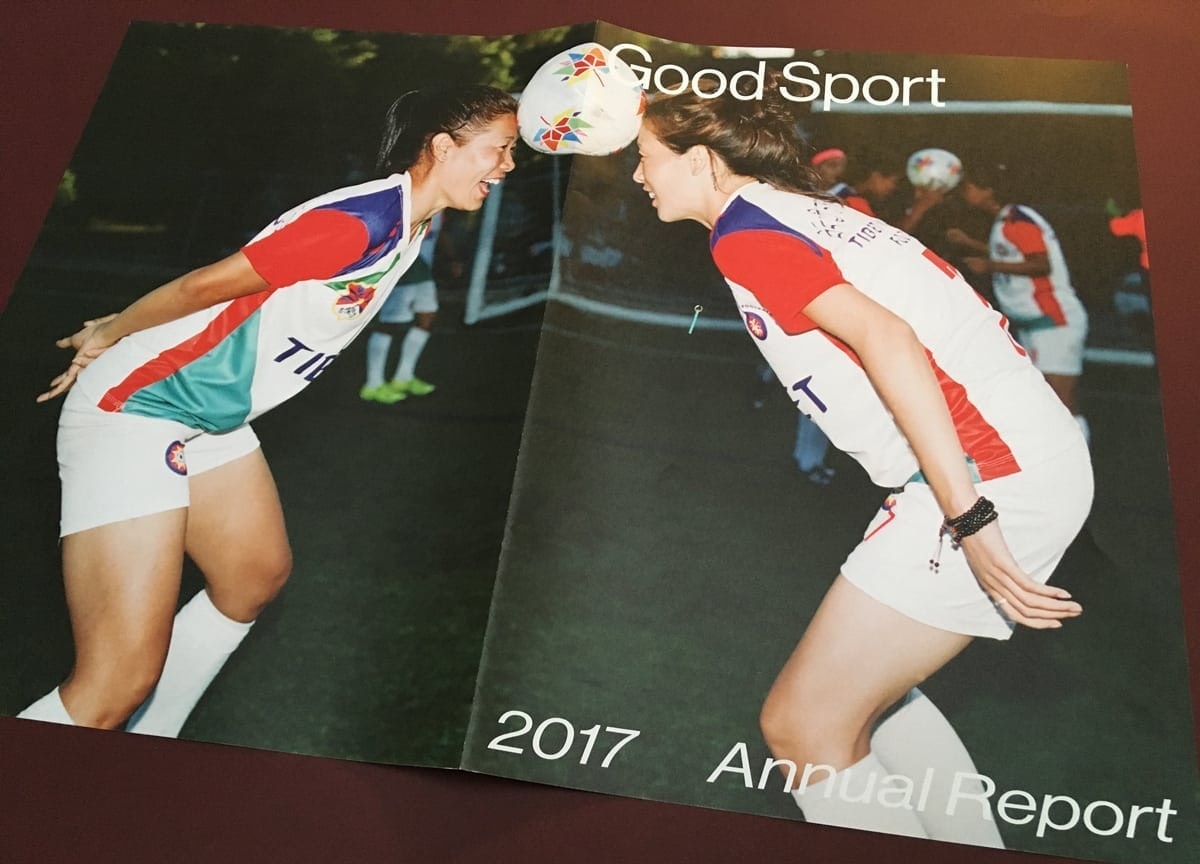 Inside the Good Sport Annual Report

We’re coming to the end of the year, which means there will be lots of looking back and taking stock of the last 12 months. The first piece of print I’ve seen reflecting on 2017 is the Good Sport annual report, which uses an oversized poster / magazine hybrid to show off some of its best bits from the year. 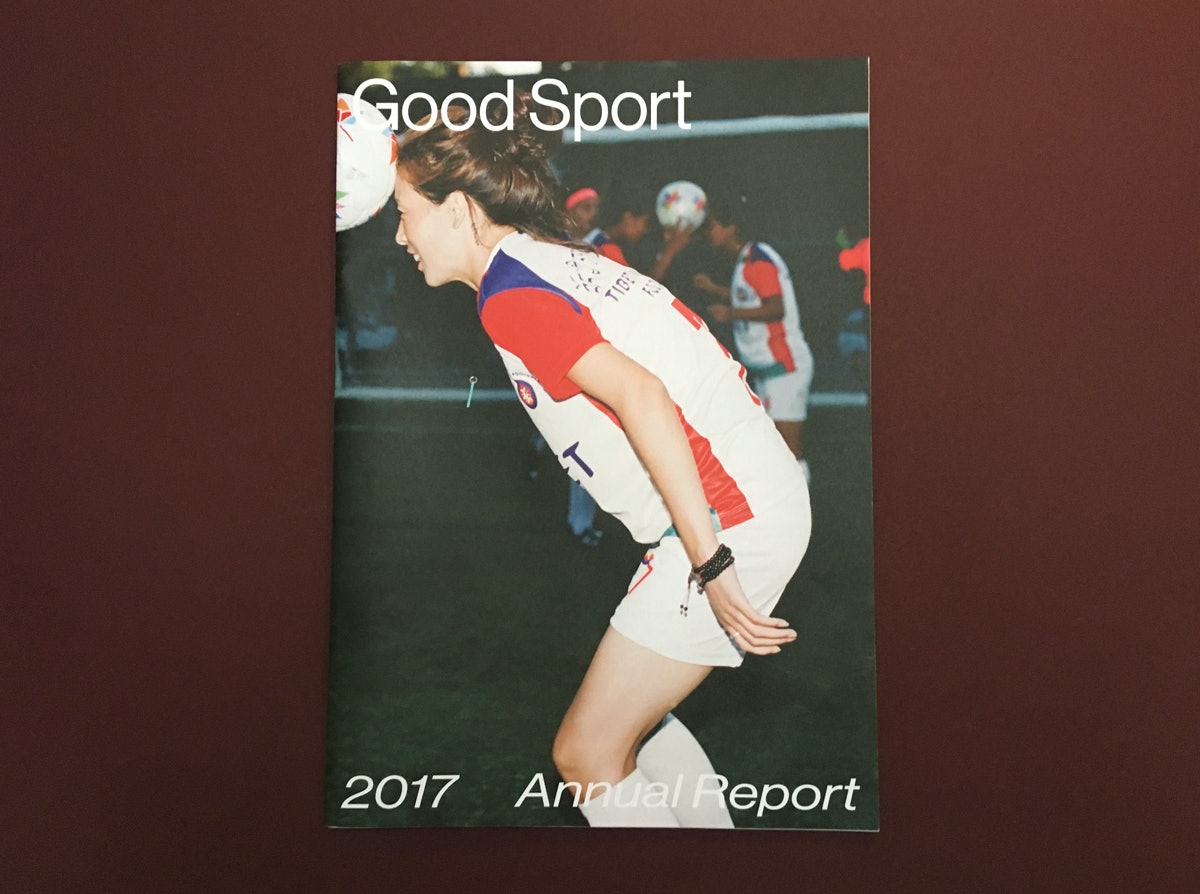 The team were denied visas by the USA, which meant they were unable to attend the Dr Pepper Dallas Cup, where they were supposed to play in April. But after plans to move their first international match to India, the founders of the Vancouver International Soccer Festival stepped in, and the team was invited to play there in July, facing off against Poland, Iran and Portugal. 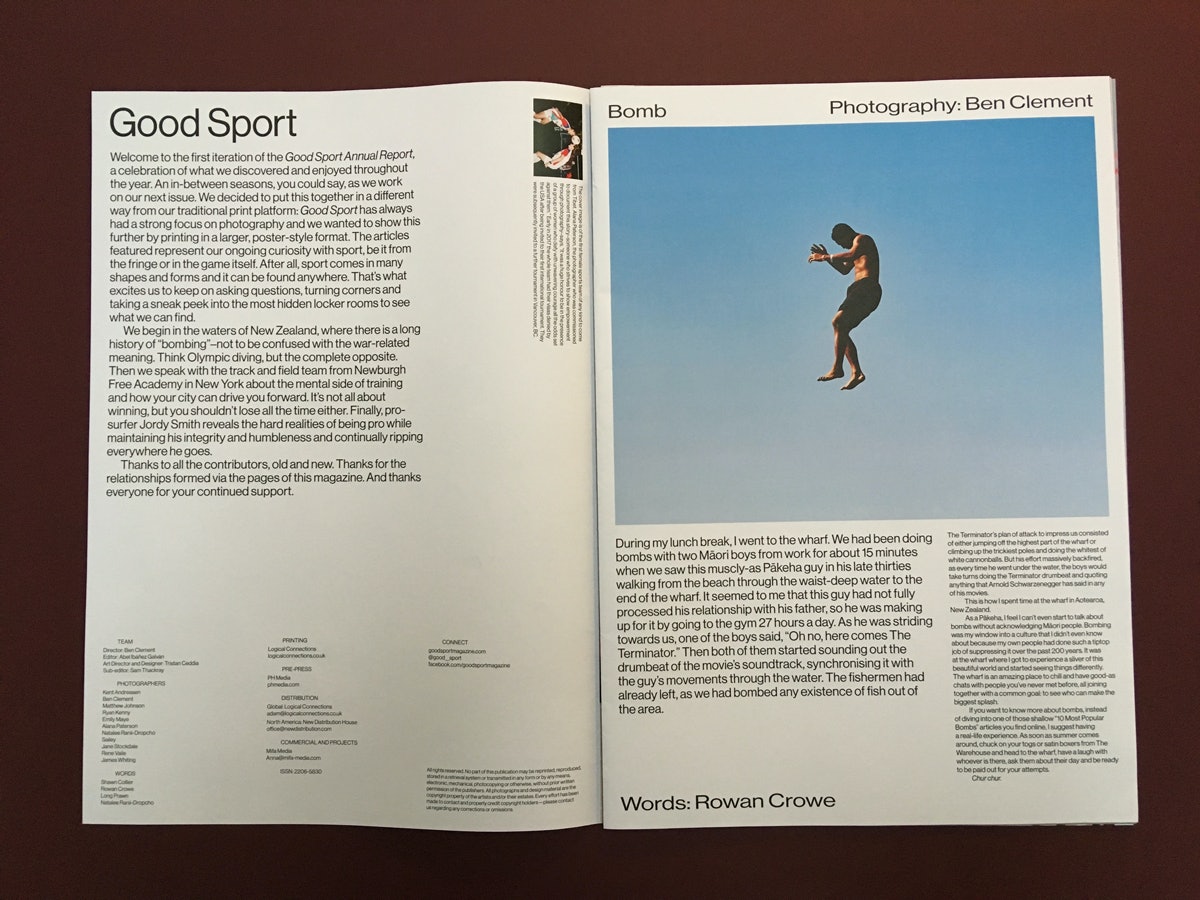 The first spread features text and one image from a story released at the start of the year, in New Zealand’s summer. The text sets the scene, with Maori and Pakeha boys competing against each other to cause the biggest splashes off the wharf in Aotearoa. 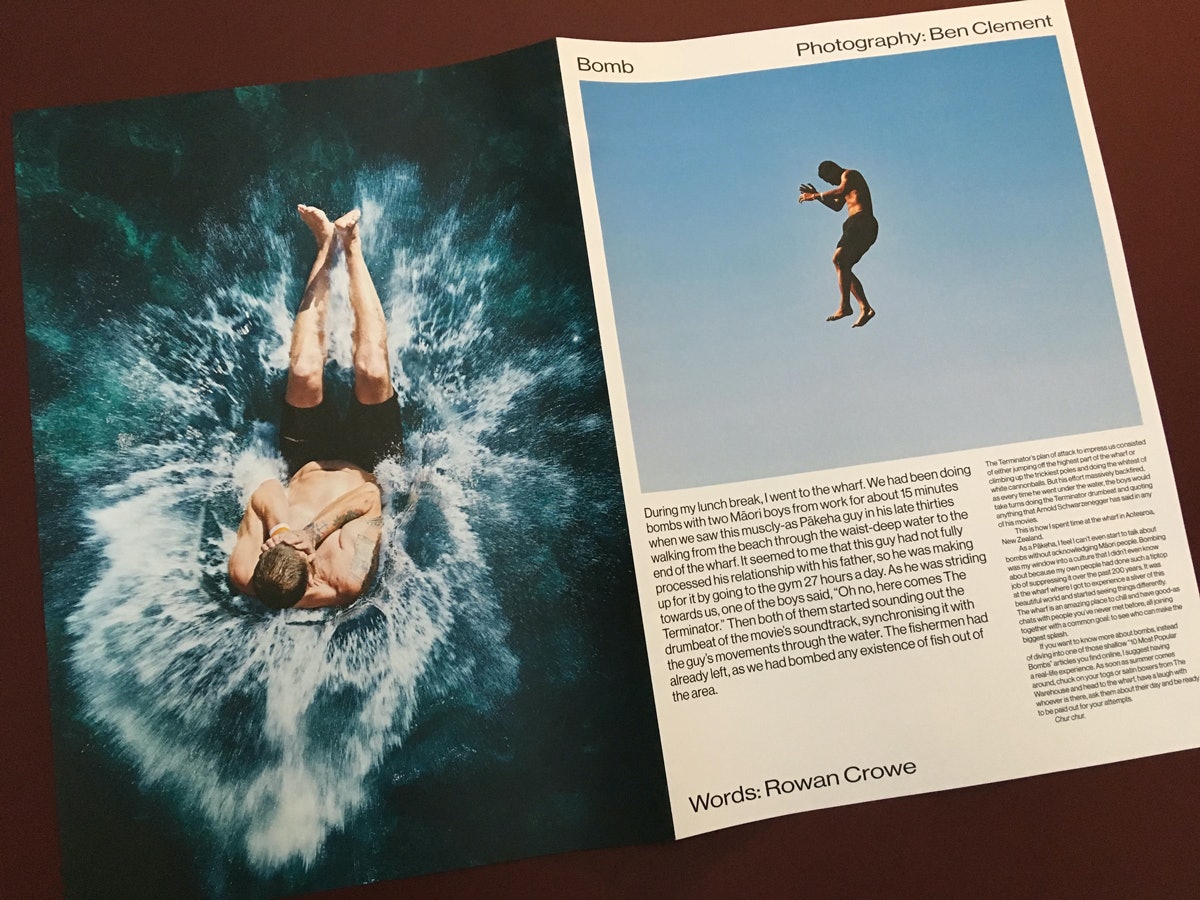 But to get the full impact the reader must pull the loose sheets of the magazine apart, revealing a new spread on one side of the page… 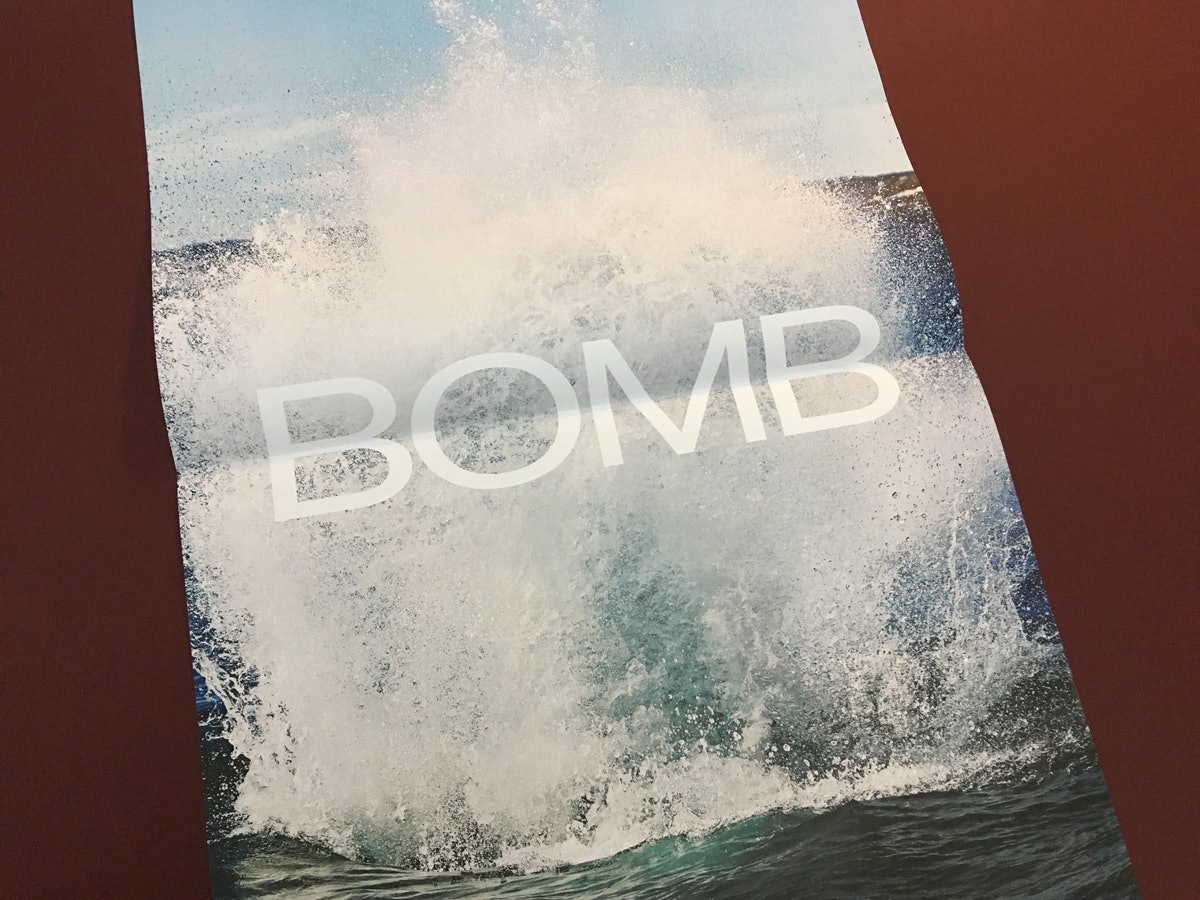 And on the other side a close up bomb in all its glory. 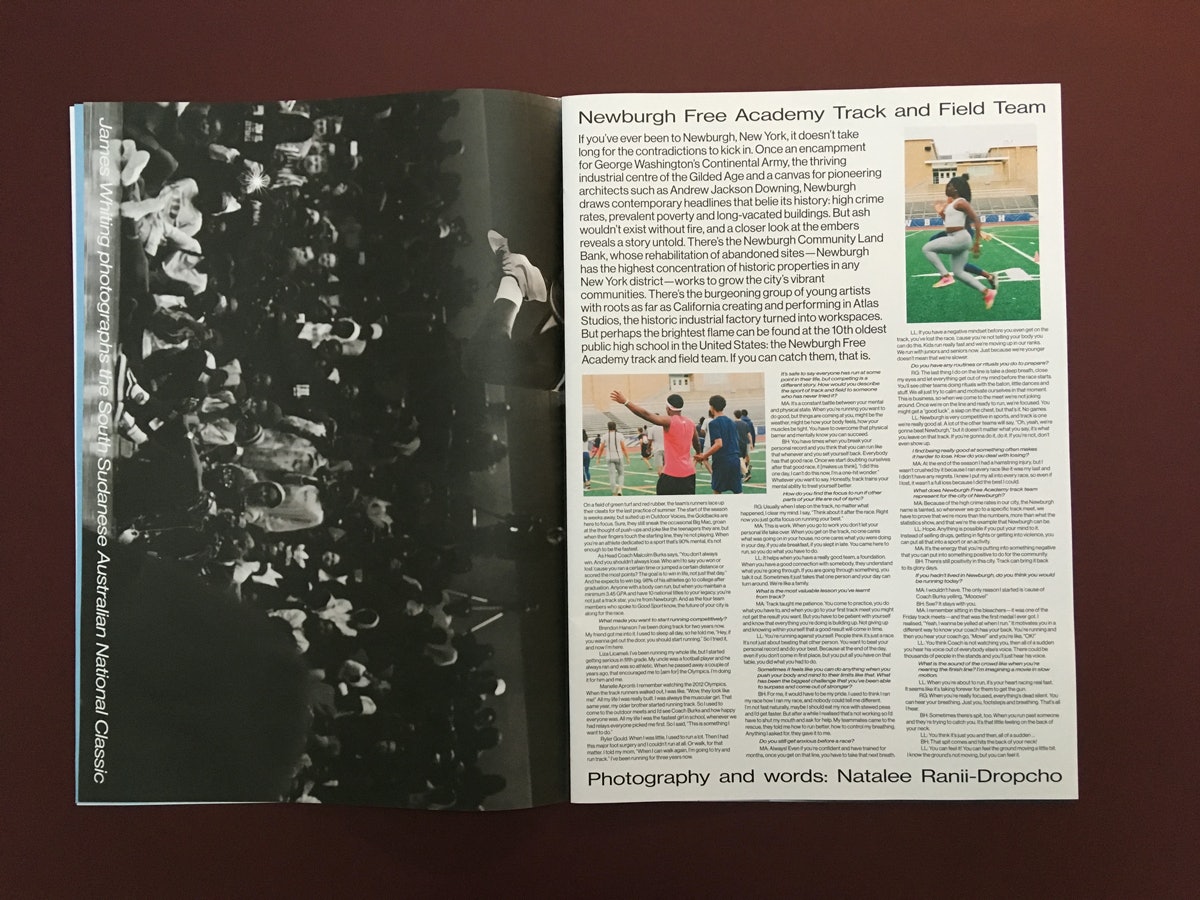 The magazine contains sports including basketball, football, surfing, boxing and more, gathered from all around the world. This piece on the Newburgh Free Academy track and field team in Newburgh, New York, is interested in the social challenges facing the young athletes, and their hopes and dreams for the future. It begins with a long interview with some of the students… 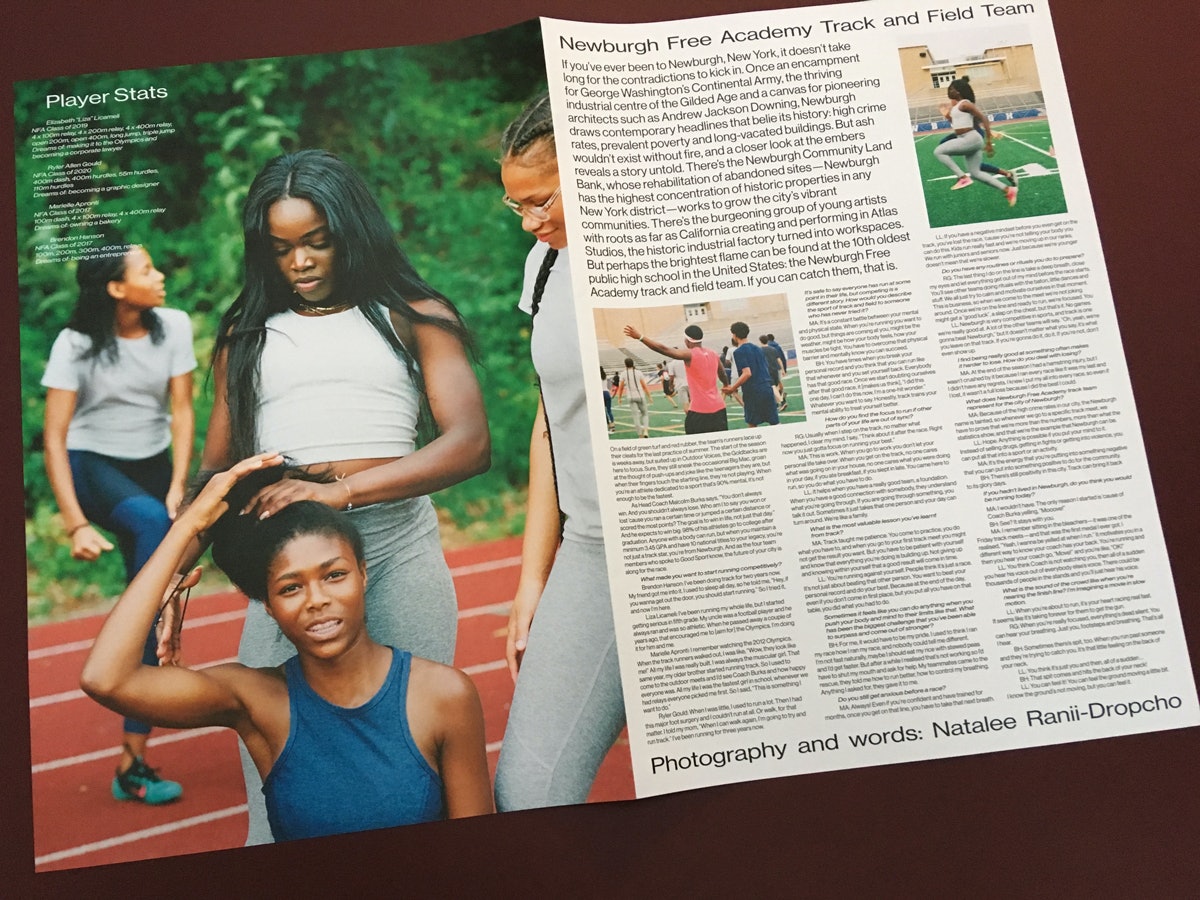 And folds out to include ‘Player Stats’ for the individuals interviewed. 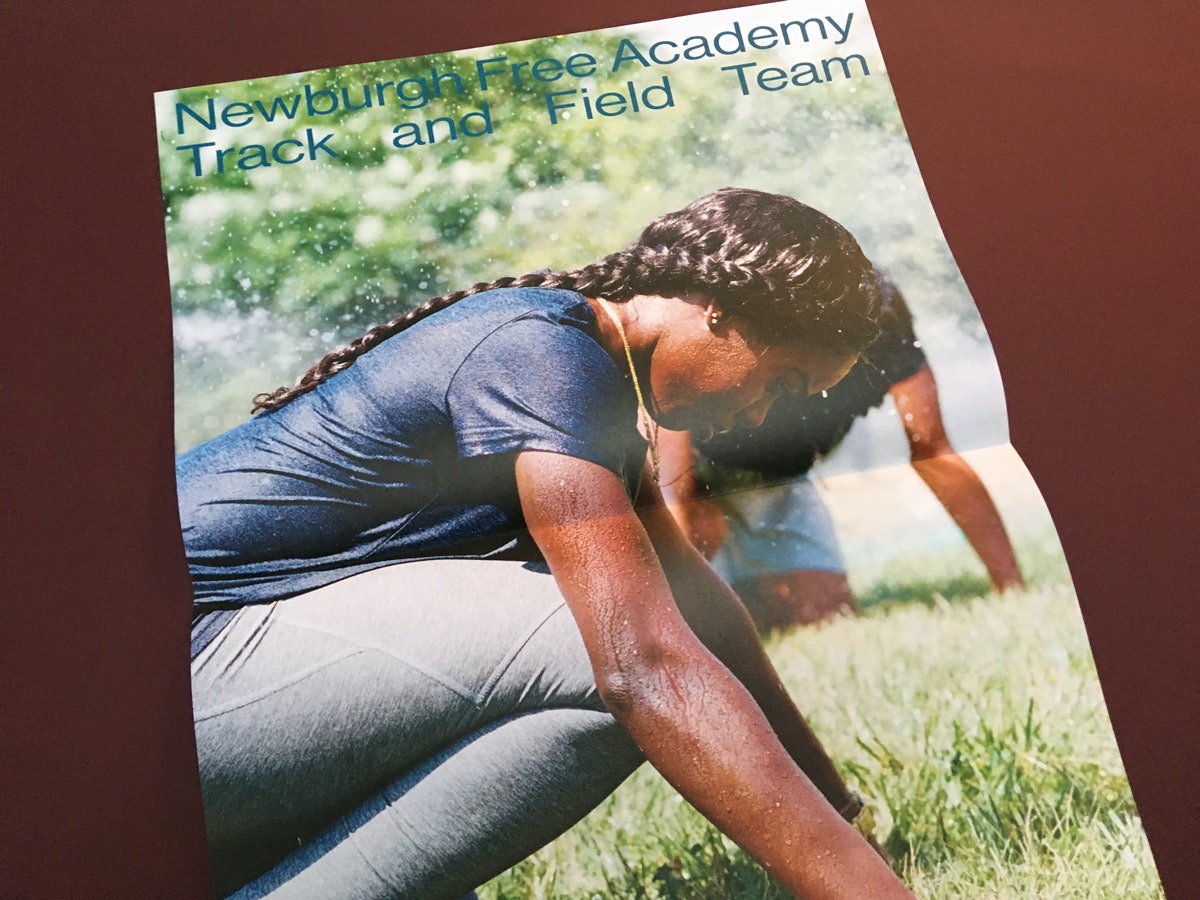 Then finishes on another dramatic close up.

Only 200 copies of the annual report were printed, so if you’d like to take a closer look or decorate your walls, head over to the Good Sport shop while stocks last. 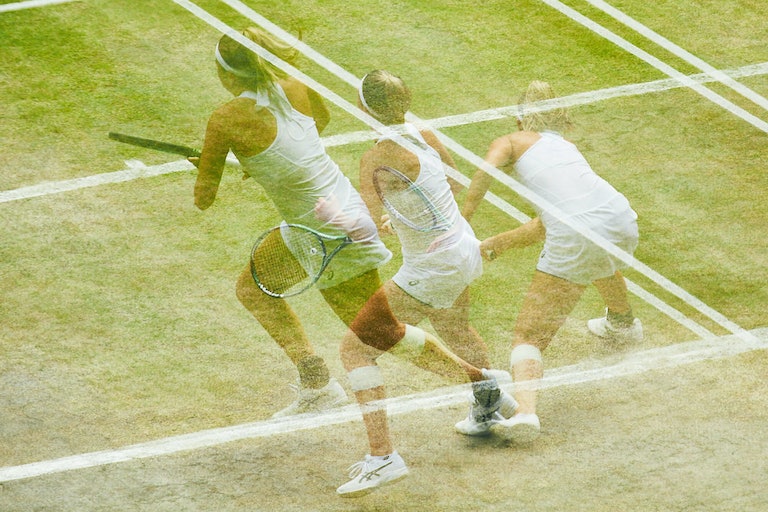 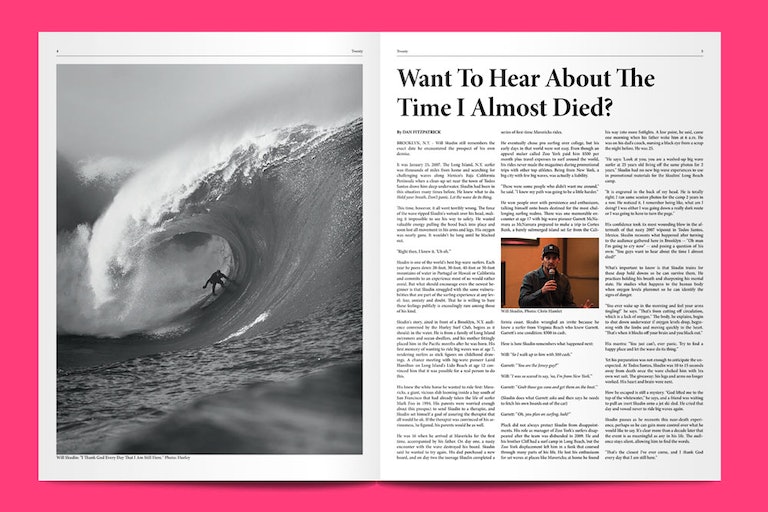 A magazine about community and facing fear