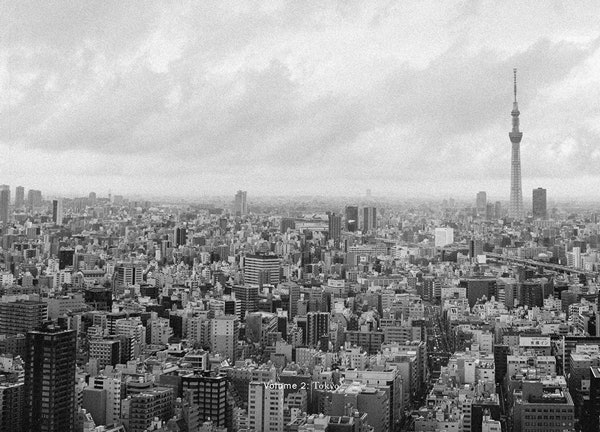 Behind the scenes: Drift magazine

Founder and editor-in-chief Adam Goldberg is currently away backpacking with his girlfriend (and creative director) Daniela Velasco, but he made some time between coffees for an email interview about his brilliantly inventive and very saleable new publishing project. 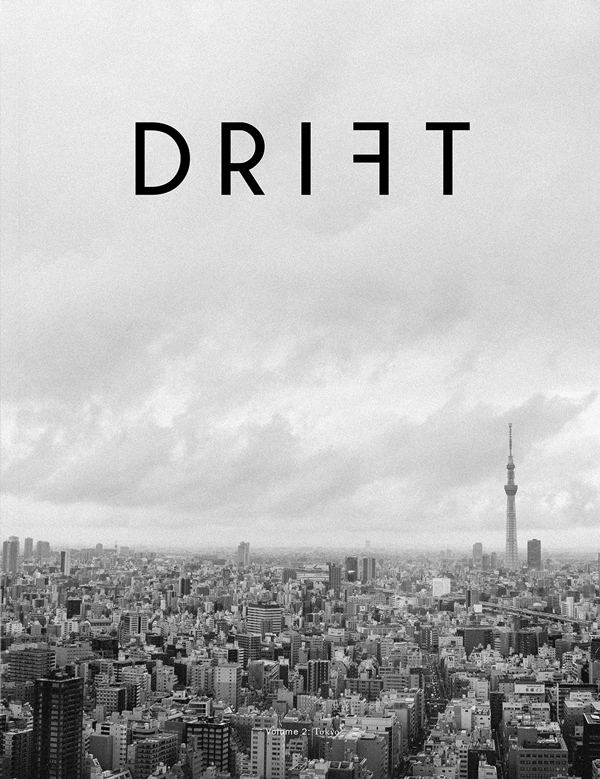 I love the way you use coffee as a way to explore the city in unexpected ways, but what makes for a good Drift story?
Coffee is this ubiquitous beverage that’s permeated all aspects of our lives, from sitting on the table during some of the most important events in history to bringing old friends together. We’re fascinated by this. There are so many ways one can get to know a city, and this just seemed interesting to us. 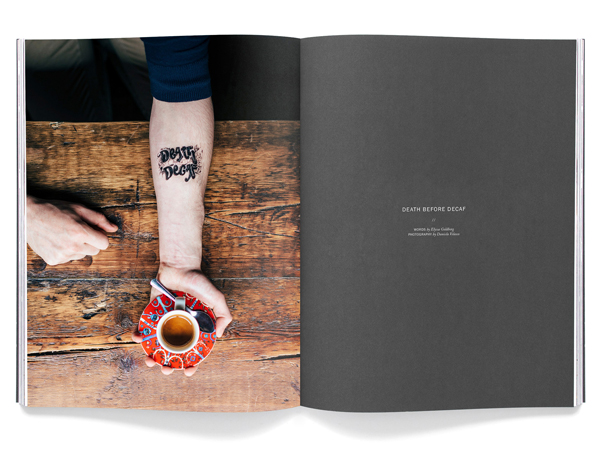 The magazine looks fantastic and I know you took a lot of the photography, but it’s really well written too. What’s your background?
Thanks. My sister Elyssa is Drift’s executive editor. She can take the credit for that! She’s a very talented writer. We also have gifted contributors working with us. John Surico, Alexandra Svokos, Chris Crowley, Tash McCammon, Bonjwing Lee, Hengtee Lim, and Angela Almeida, to name a few, have written and photographed for publications like the New York Times, Wall Street Journal and New Yorker, and most of the well-known food and coffee blogs. And most importantly, they love to drink coffee and explore cities. They’re just really cool people – we’re very lucky.

As for me, I’m a software engineer, so there’s been a huge learning curve getting into publishing. It’s been a fun challenge. I grew up and went to college in New York, studying operations research at Columbia. I graduated with tremendous wanderlust, so I moved in with guest families in Buenos Aires and later Paris, freelancing on the side and enrolling in language programmes for Spanish and French. Living in Paris, I saw the very beginnings of a developing specialty coffee scene – I think that was a big part of the inspiration to create Drift. 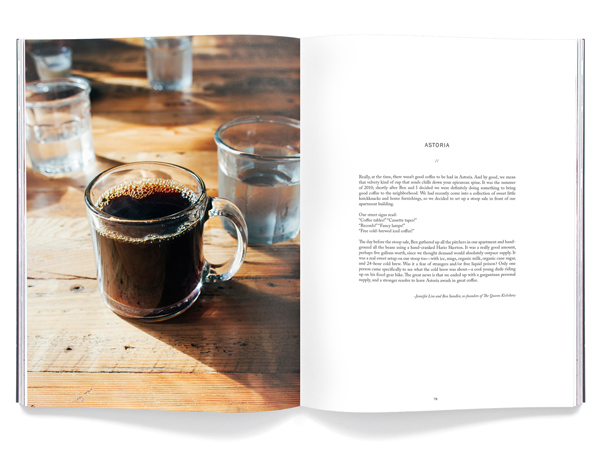 Do you do anything else other than Drift at the moment?
I am working on Drift full-time with my girlfriend Daniela, Drift’s creative director. I also have a food blog, A Life Worth Eating.

What’s your process for making Drift? I imagine you need to spend time in a city before you can get a handle on it?
Well, we’re technically a coffee magazine, but really we’re more interested in telling the stories behind the coffee. The last thing we want to do is print 160 pages of latte art; I think that would get boring pretty quickly.

We try to spend as much time in the city as we can, mostly for the photography and to conduct in-person interviews. Daniela and I really have a blast taking the photos. But no matter how much time one spends in a city, it’s impossible to come to know it as well as someone who lives there, so we reach out to local contributors and conduct interviews with locals to paint as complete a picture as we can. I think this dichotomy of foreigner and local perspective makes the stories more compelling.

While we do talk about specialty coffee a lot (because that’s the stuff we brew at home), we try to cover the whole spectrum. In New York, for example, we featured $0.75 street cart coffee in Times Square, Mexican café de olla in the Bronx, and Sri Lankan coffee in Staten Island, in addition to covering the specialty coffee explosion in Williamsburg and the West Village. In Tokyo, most of the coffee consumed comes from vending machines, so we have an essay dedicated to that, in addition to the high-end specialty places like Bear Pond and Switch. 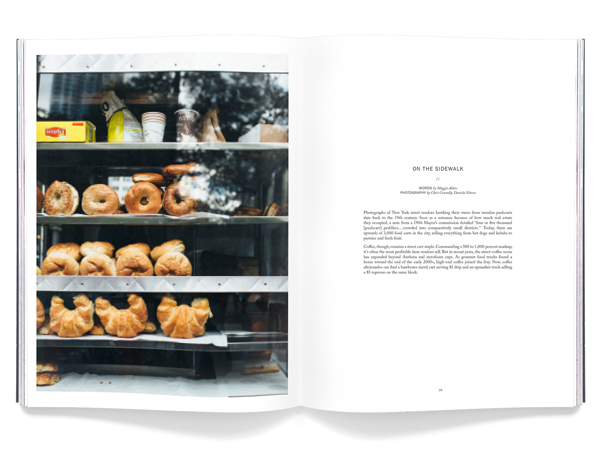 And what has the response been like so far? Would you mind me asking how many you printed of the first two issues?
I don’t really have a metric for comparison, but we’re happy so far. We started with 2,000 copies of Volume 1: New York and sold out in two months. We just finished printing nearly four times this amount for Volume 2: Tokyo and started shipping on Monday. We’ve already sold most of our print run, and are on track to sell out again. We’re officially on sale in Europe the first week in July.

The content and aesthetic makes this a very saleable magazine – do you plan to include advertising in the future?
It depends. So far, our issues have been ad-free. We’ve turned down all of the advertisers that contacted us for Volumes 1 and 2, for example, because we didn’t feel they were a good fit.

If a company sponsors us and we place their product in Drift, we take it as an implicit endorsement, so it has to be for something we really like and want to share with our readers. There’s nothing worse than reading a magazine that betrays this trust, where it’s not crystal clear which products are paid placements, and which are not.

We’re working hard to build our readers’ trust and we go to great lengths to produce the best publication we can. We use the best printer, paper and inks. We want to create something that coffee shops and book stores are proud to sell, and that readers can’t wait to get their hands on. So we’re not averse to advertising; it just has to be the right fit and very clear when the content is sponsored. We haven’t found that yet, so we’re comfortable running the magazine ad-free. 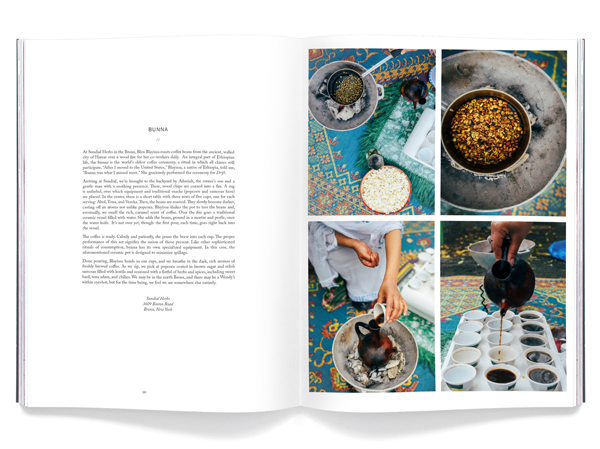 You’re off backpacking at the moment – are you also researching future issues? Where will the magazine travel to next?
We are always researching future cities. Stay tuned for Volume 3. It’s really going to be something special… very different from our previous issues. I don’t think anyone is anticipating the city we’re covering next, but as it turns out, it’s one of the oldest and most fascinating coffee hubs in the world. ¡Ojalá les guste! 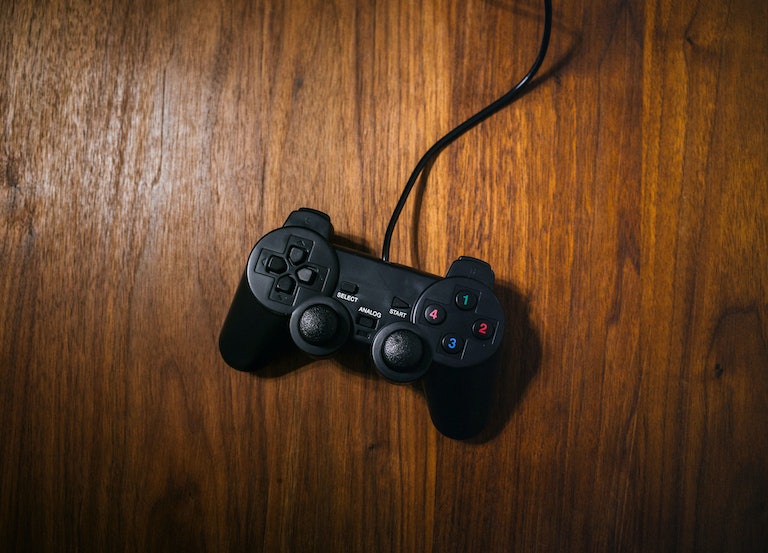 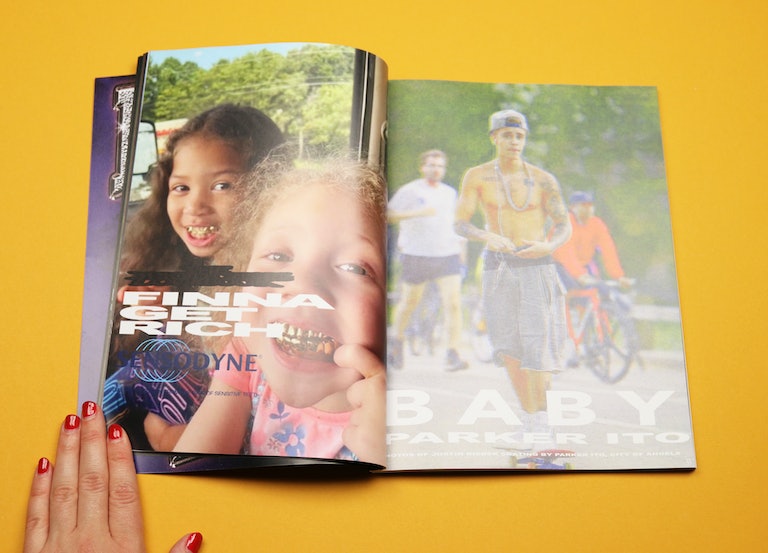