A quick look back at last year’s Stack Awards 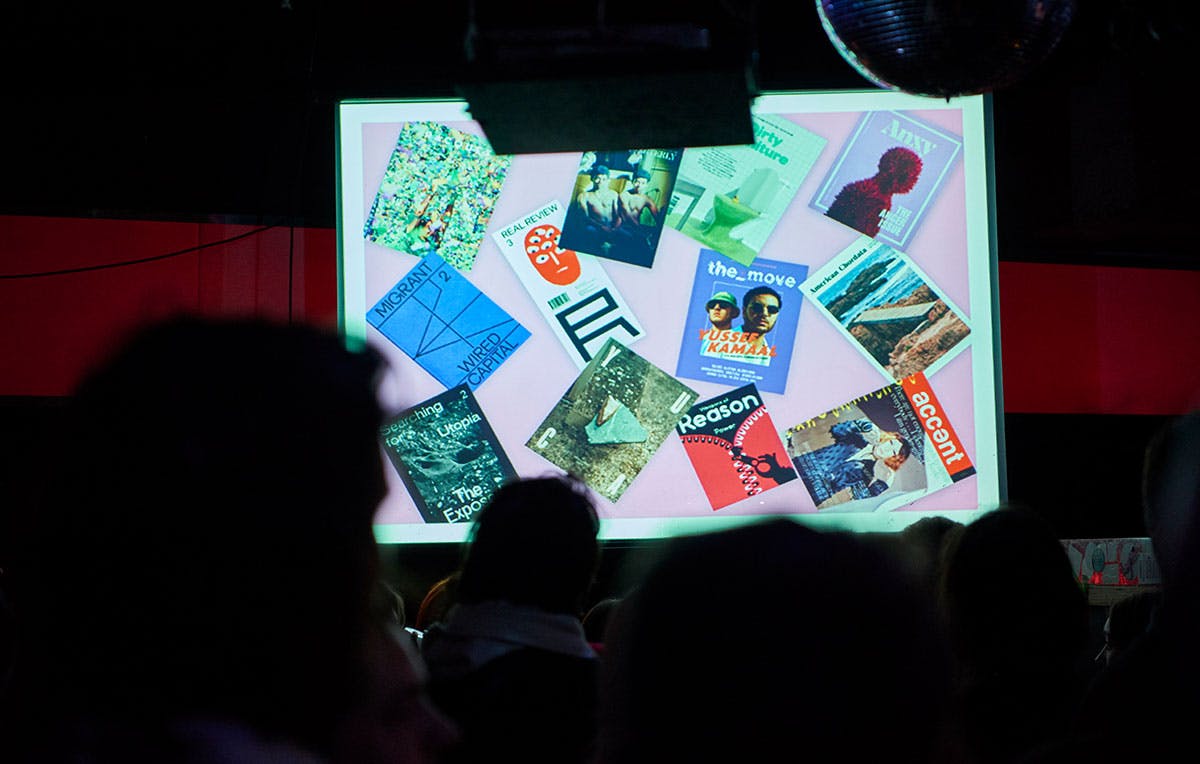 As entries for the Stack Awards 2018 arrive at our offices, we’re taking the opportunity to reflect on last year’s event. 2017 saw over 400 entries, making it the biggest awards we’ve ever had. We’re looking forward to recognising the best work in independent publishing this past year — the Stack Awards are still the only awards scheme dedicated entirely to independent magazines, so if you’ve published a title between October 2017 and September 2018, we want to see it and present it to our panel of esteemed judges. 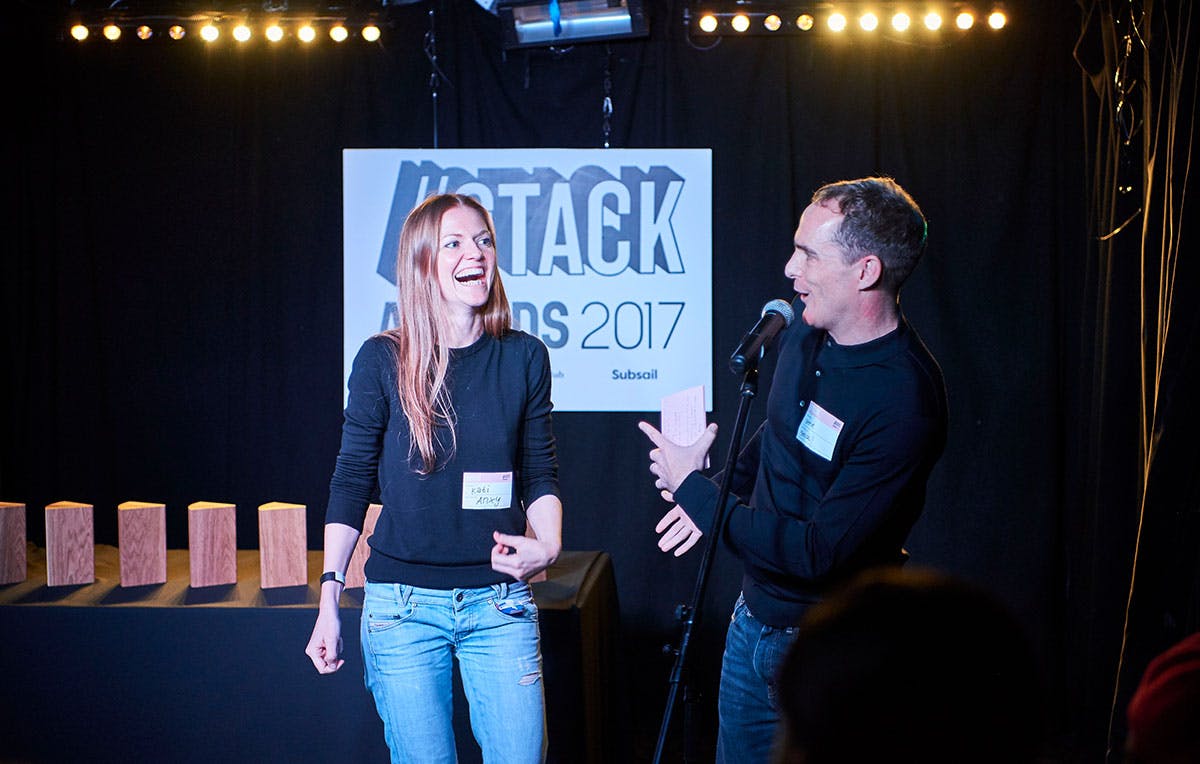 Kati from Anxy magazine receiving an award from Steve, director of Stack

For Magazine of the Year, the most popular category, our judges were Gail Bichler, design director at The New York Times Magazine, and Jeremy Leslie, founder of Magculture. There were 107 entries for this category, and the subversive fashion title Buffalo Zine went home with the trophy. Jeremy said: “It’s a very difficult category to win, of course, because you have to be good at everything…the magazine has to be the top in every aspect. In the end there was one very clear winner.” 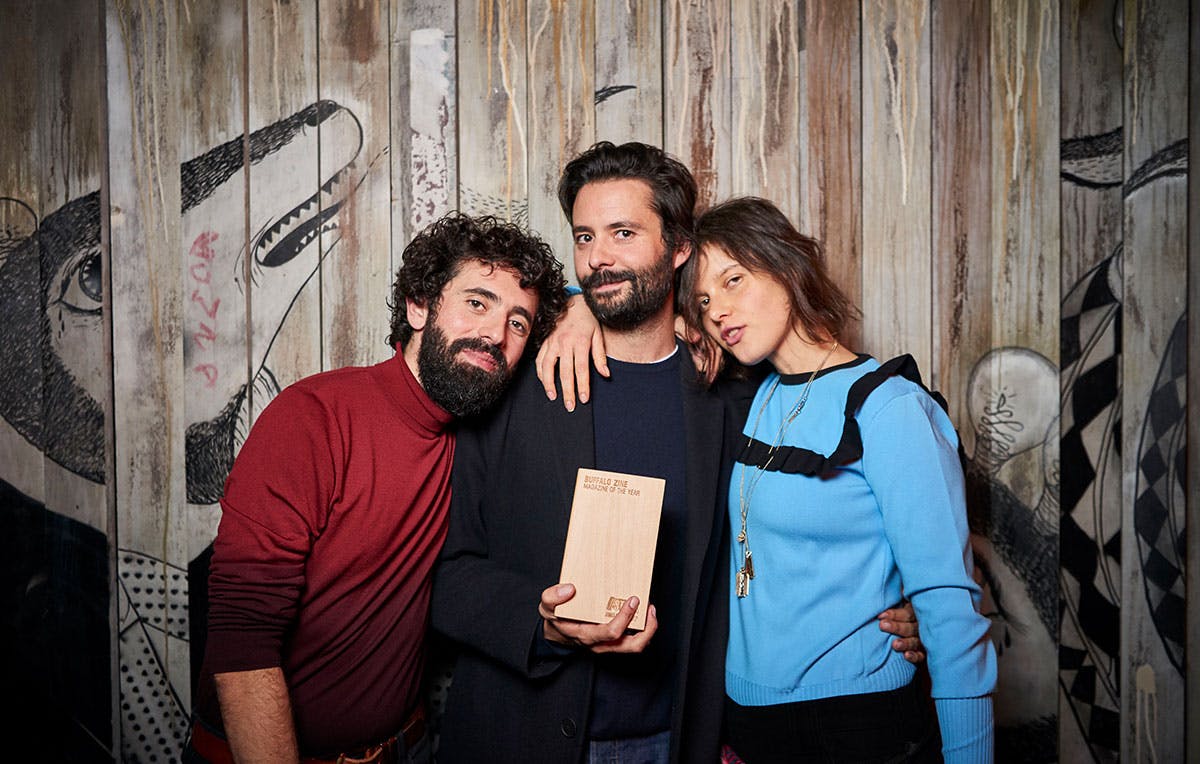 The Buffalo Zine team with their trophy

Eye magazine won Cover of the Year with their innovative production of 8000 unique covers. And on his decision to name Good Trouble (right) as one of the commended titles for this category, judge Steven Heller said: “This reminds of why I become a newspaper designer. There’s just so much power in the size and type and image.” 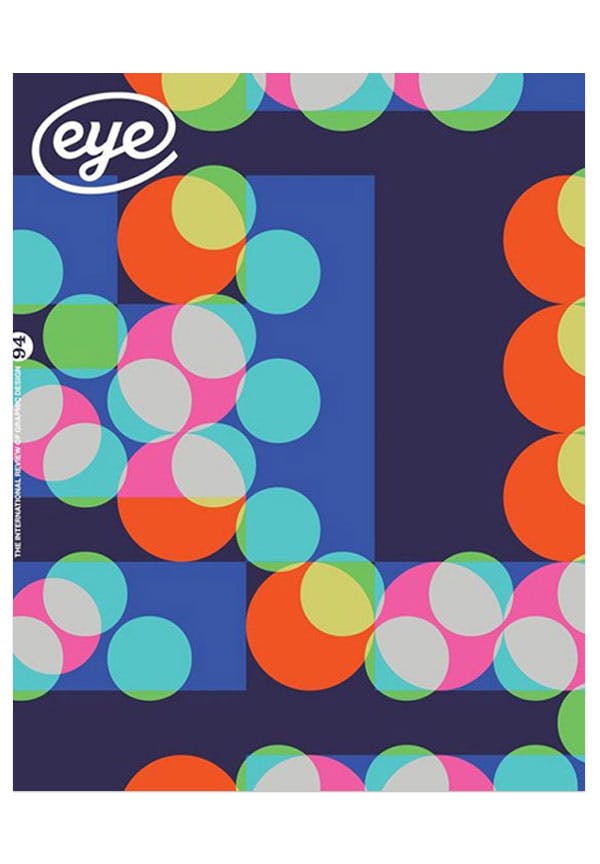 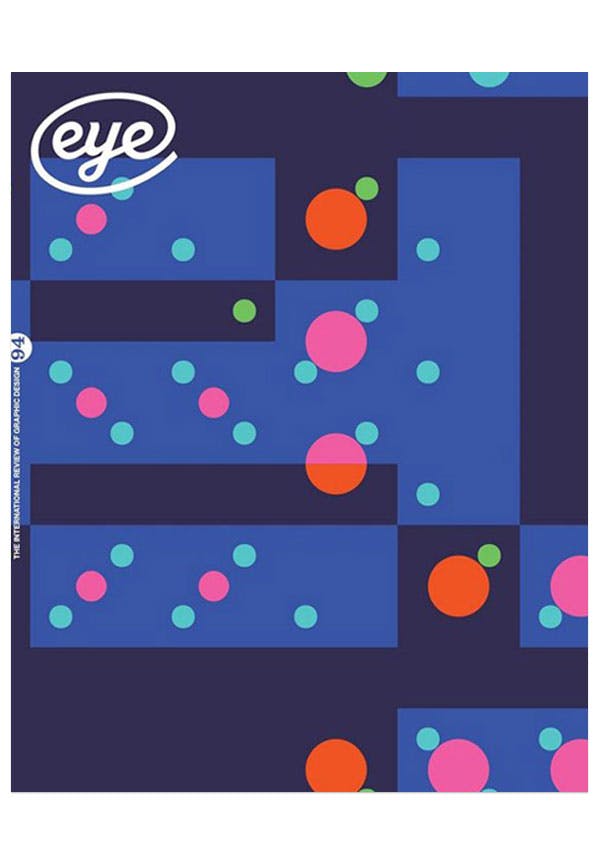 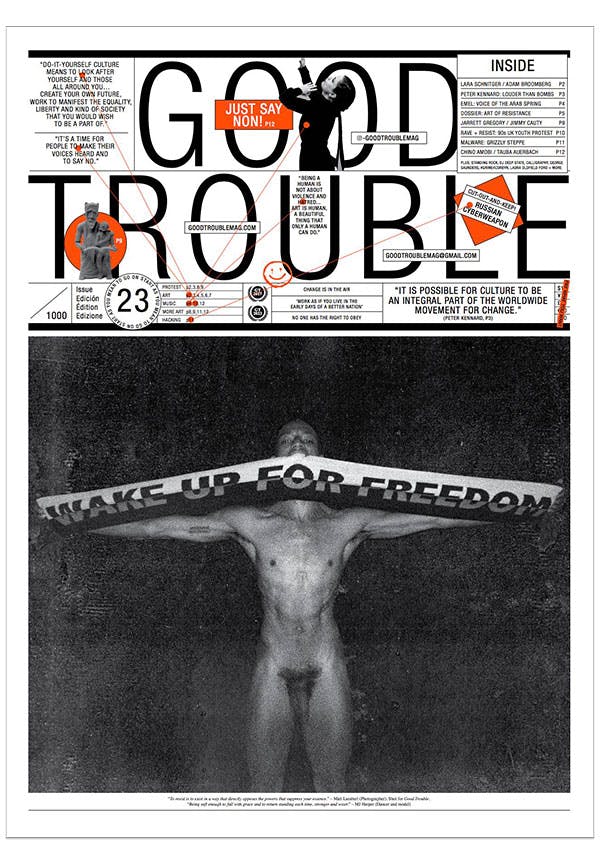 Another popular category at the Stack Awards is Student Magazine of the Year, and the entries simply astound us with their sophistication. Judge Ruth Jamieson remarked on last year’s winner, Crumble magazine — “This is one that doesn’t just feature outstanding design and thought-provoking content, it isn’t just full of clever concepts where visuals and editorials meet with a united voice, it isn’t just a beautiful object, it also has ambitions that stretches beyond its covers, seeking not just to reflect the world, but to change it a little bit too.” 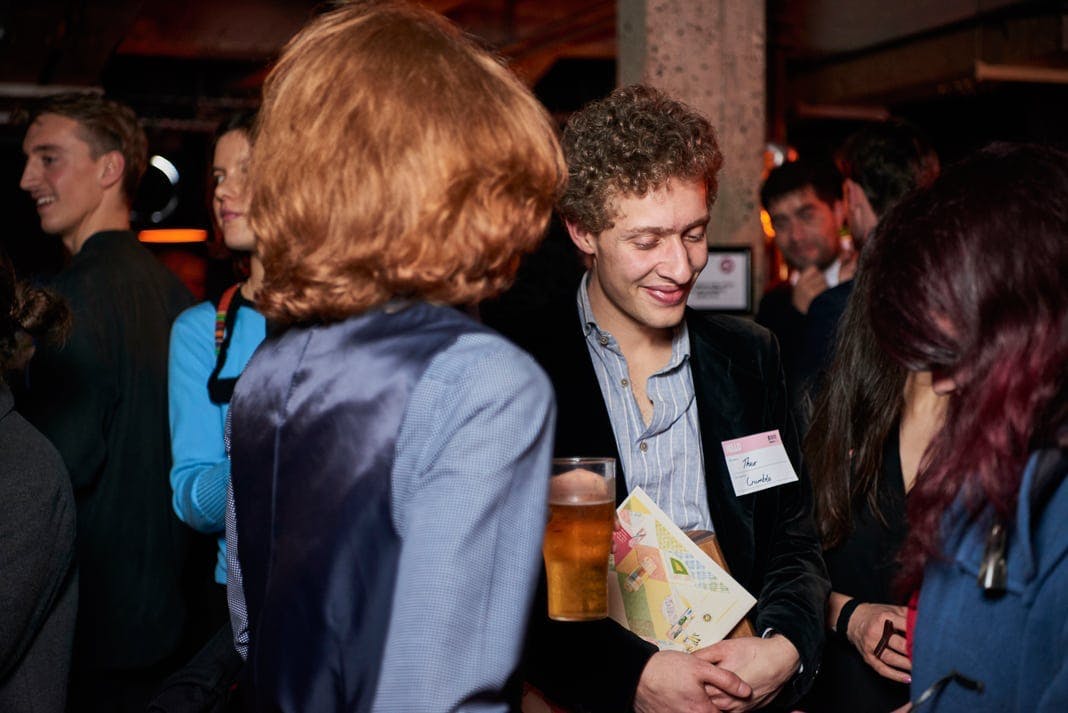 MacGuffin took home both trophies for Art Director of the Year and Editor of the Year in 2017, after they were named Magazine of the Year in 2016. (They’re taking a break from entering this year, phew!) We had Will Hudson, founder of It’s Nice That, judge this category with Debbie Millman, host of the Design Matters podcast, and Will said of MacGuffin: “The consistency of it is ridiculous, it’s very difficult to fault, if at all.” 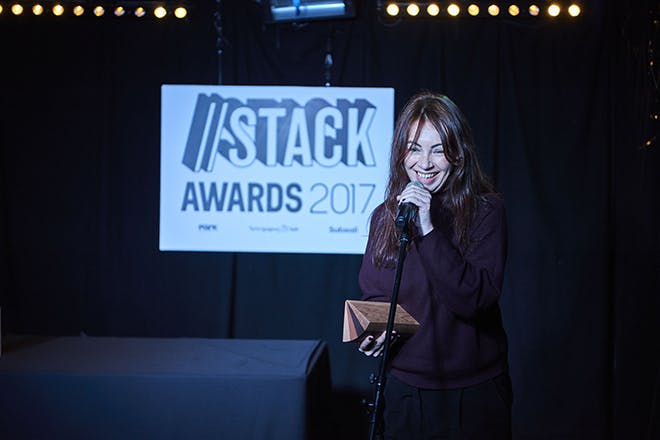 And I really liked Ted Hodgkinson’s comments on the decision for the winner of Best Original Fiction. Ted is the head of literature and spoken word at Southbank Centre, and him and Glory Edim, founder of Well-Read Black Girl, voted for Lydia Davis’ piece in Harvard Design Magazine, ‘Pages from a Teenage Journal’. “This is a writer who is known for her mastery of compression, her distillation, her ability to, in the space of a sentence sometimes, create a whole world that is unsettling, disturbing, arresting, alarming.”

You can listen to the podcast of last year’s awards ceremony to hear more comments from the judges, and see what Eye Magazine, Magculture and AIGA Eye on Design said about the event.

We’ve seen many new launches this year, and are looking forward to discovering even more amazing magazines — if you have a magazine you want to share with the world, do send it in! 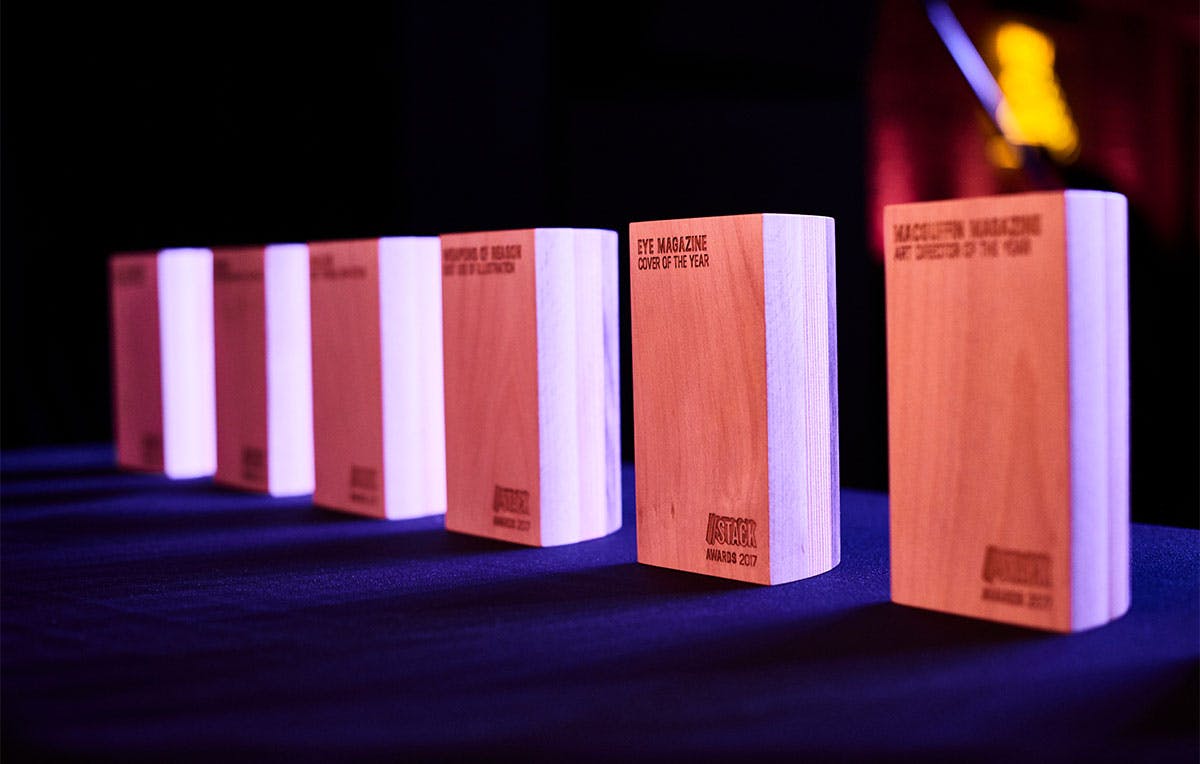