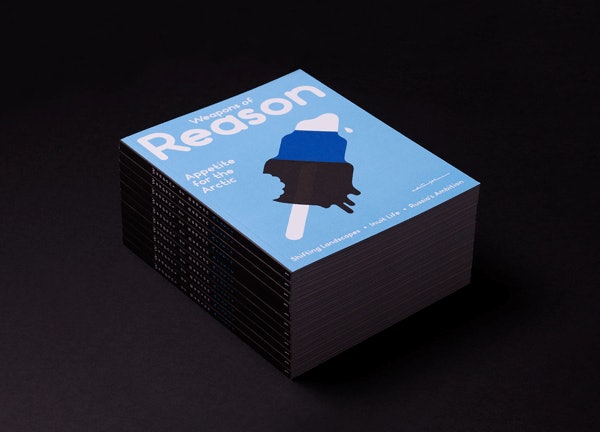 Behind the scenes: Weapons of Reason

The first I heard about Weapons of Reason was last Christmas, when Danny Miller, founder of Little White Lies and CEO of Human After All, sat across the table from me in a pub and told me about his plans for a magazine to change the world. Inspired by seeing Al Gore speak at SXSW, Danny had decided to create a magazine that tackles the greatest challenges facing the world today, one earth-shattering tussle at a time.

Issue one arrived earlier this week, and it’s a fantastically ambitious piece of work that dives deep into the enormous changes taking place in the Arctic. But that’s not all. Because Human After All has also just released The Publishing Playbook, a vast online resource of magazine publishing wisdom written by Danny and his colleagues over the last three years, and now available for would-be magazine makers to access for free.

So what’s behind the pair of launches? I caught up with the man himself to find out… 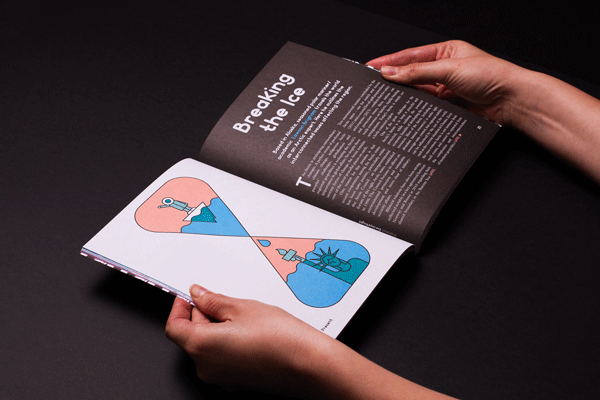 When you spoke to the Stack Student Union last week, you compared Weapons of Reason to Little White Lies, and said that starting a magazine hasn’t got any easier. What were the main challenges you faced this time around?
The subject matter I suppose. When we started Little White Lies, even though it wasn’t just talking about movies, we also weren’t tackling really complicated, challenging subjects. With Weapons of Reason we’re taking on the world’s biggest problems and aiming to educate people, engage them emotionally and provoke action.

To do that we need to really, really understand what we’re talking about – so much so that we can break these big ideas down and spit them out as a magazine that actually contributes to the conversation.

There’s also a lot of pressure. If we’d fallen short with the first issue of Little White Lies, nobody would have cared because nobody knew who the hell we were. But now some people know who we are, and even just seeing the reception so far, with people saying nice things about the magazine, has made me incredibly nervous! Because what if we put something out and it isn’t good enough?

We won’t settle for doing anything less than unique and spectacular, and that just felt almost insurmountable at times. It really stressed me out. A lot. 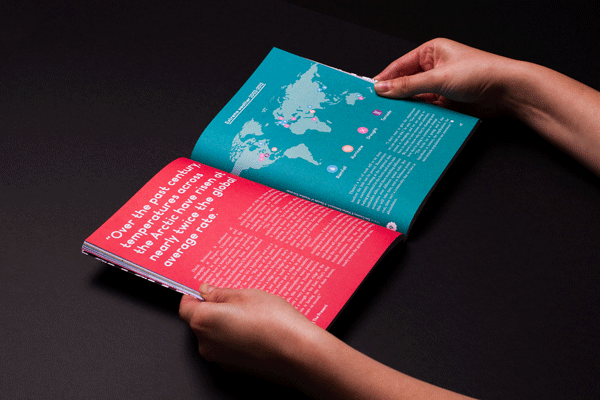 Well I’ll add to the praise. One of the things that struck me about the magazine is the amount of illustration in there – it feels like you’re nailing your colours to the mast and saying, “This is us. This is how we tell these stories.”
Definitely. Going back to when we started Little White Lies, there were practical considerations for using illustration on the covers – we just couldn’t afford to buy expensive photography or get hold of movie stars. This time around it’s much more of a choice. There is some photography in the magazine, but intelligent illustration that we have control over is very much at the heart of what this company does – it allows us to set the tone of a story and tell it the way we want to.

A lot of that illustration is data visualisation – some traditional, some less so. And a lot of it is what I’ve come to term “visual thinking”. It’s nothing new really – illustrators like Noma Barr, Adrian Johnson and Jean Jullien have been doing it for ages, and we commissioned the latter two for this issue. 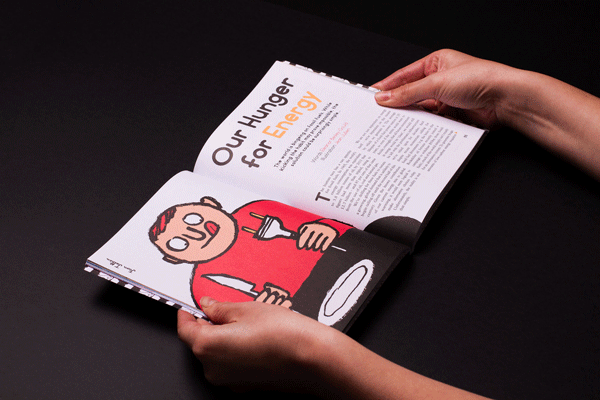 You mentioned that you’ve had to really engage with these issues, and the illustrations have clearly had a lot of thought put into them.
The front cover started off as a 10-page PDF briefing document, in conjunction with two half-hour telephone conversations. But being the talented guy that he is, Adrian Johnson responded very quickly with something amazing that we could never have pushed him in the direction of.

One of the stipulations for a magazine cover is that it should just be stunning. This one is stunning but it’s also very simple, and the layers of complexity within it reveal themselves as you read the magazine. You might not totally get it the first time you look at it, and I like that. 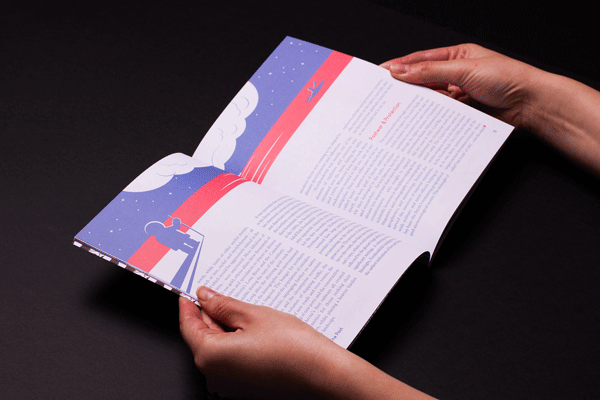 So Weapons of Reason is your major focus at the moment, but you’ve also just launched the Publishing Playbook. Why do that now? And why do it at all?
There’s no reason to do it now – it wasn’t planned in conjunction with Weapons of Reason, so it’s purely coincidental that something I’ve personally been writing on evenings and weekends for almost three years has been completed now.

Essentially it’s a 12,000-word Google doc, containing everything we know about making magazines. It links out to many other documents and websites, with information like how to get a barcode or how to sort out your PDF settings, and we could have spent another few months thinking about some beautiful way of putting it out into the world, but I thought it should just be simple and collaborative.

So people can go in there and post comments and ask questions, and hopefully it will grow and evolve in the same way magazines grow and evolve. And that doesn’t need to be a beautiful thing.

The motivation behind it is very simple – I started writing it because so many people were asking for our advice. We also want to see more independently published magazines out in the world, and it would be really exciting if one day a magazine came out and the people behind it said, “I got some help making this from your Publishing Playbook”.

If we ask anything of people in return, it’s to leave their details. At the top of the Playbook there is a list of all the people who are shared on it, and if you want you can leave your name, email address and the project you’re working on. I thought it would be interesting for people to see who else was using it, because they might get in touch with each other or get inspired by each other, and that would help to heighten the community aspect around the whole thing.

Get a double dose of Danny – order your copy of Weapons of Reason, then head over to the Publishing Playbook and request your free access. This is going to be big… 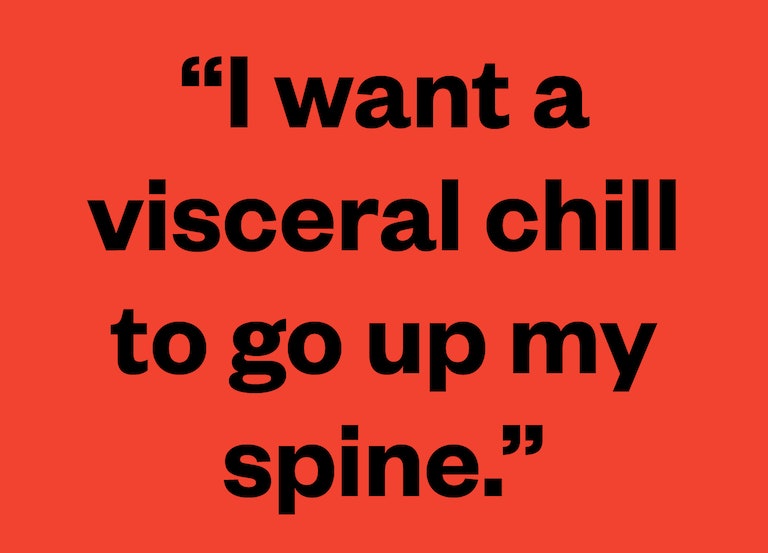