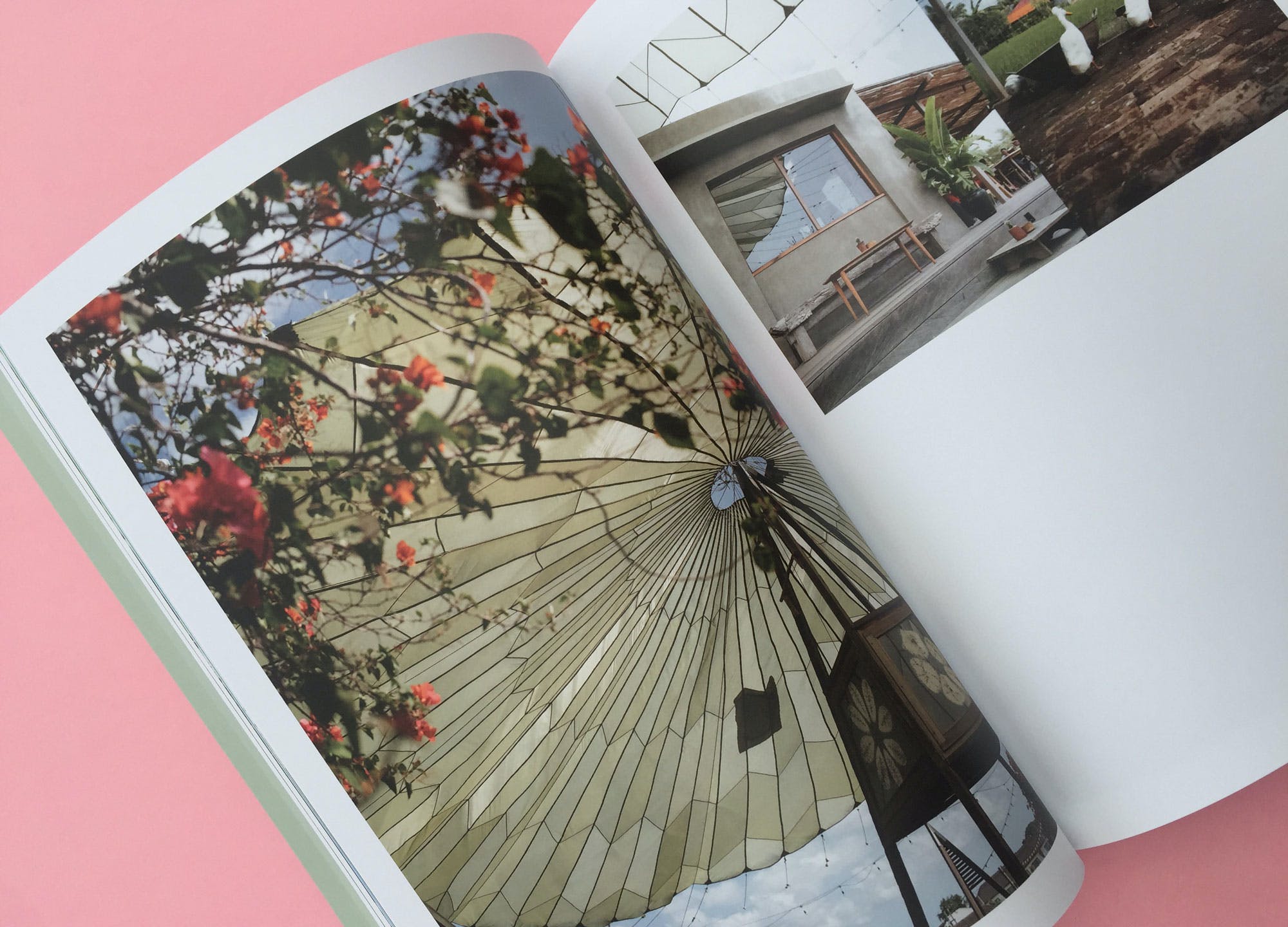 Every issue of Drift is about the coffee culture in a different place in the world — this time it’s Bali. Making a magazine that is entirely dedicated to coffee seems an almost willfully obscure thing to do — but Drift has a gift for telling larger stories about a place by way of something as apparently insignificant as the locals’ taste for bajigur. A mix of brown sugar, coconut milk and coffee, bajigur was developed in the wake of Dutch colonialism; all the good coffee was exported and in order to painlessly drink what was left, Indonesians became increasingly inventive, adding corn kernels, rice, ginger and crunchy almonds.

The first shoot in Drift — pages of beautifully lit cups of coffee — is at once a comment on colonialism, and an ode to the inventiveness and eccentricity of the people drinking them. One highlight is Kopi Talua, literally “egg-yolk coffee”, popular among West Sumatran men for its promises of enhancing libido, and aiding weight loss. To make it:

“[Whisk] egg yolk — usually from free-range chickens — with lidi (a strip of coconut palm frond stalk) or an electric hand mixer until it’s thick, foamy, and creamy. Boiling hot coffee — already sweetened — is poured over the whipped yolk, cooking the egg, resulting in what locals believe to be a potent energy drink.” 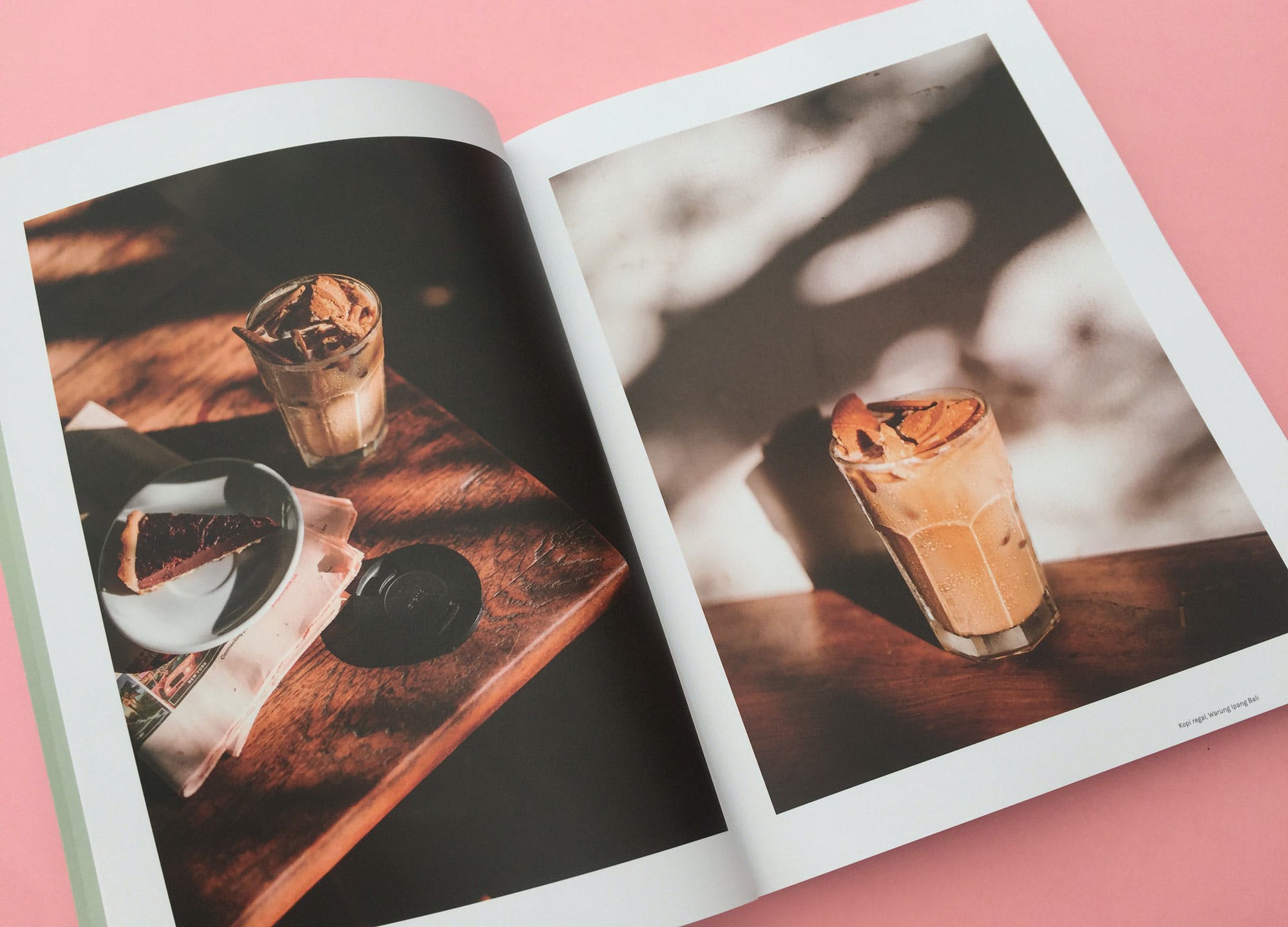 Another highlight is a profile of Michail Seno Ardabuana, a former addict who is now a kind of celebrity in the Indonesian coffee-world. “There’s a certain aura of stardom attached to Indonesia’s leading baristas”, writes Sabrina Suco. It’s interesting, and a little trippy, to think of baristas as public figures.

Above all though, it’s the pictures of Bali that make Drift sing. Looking at people eat and drink and use their hands to touch their own faces is discombobulating at this time, but it is also strangely soothing. 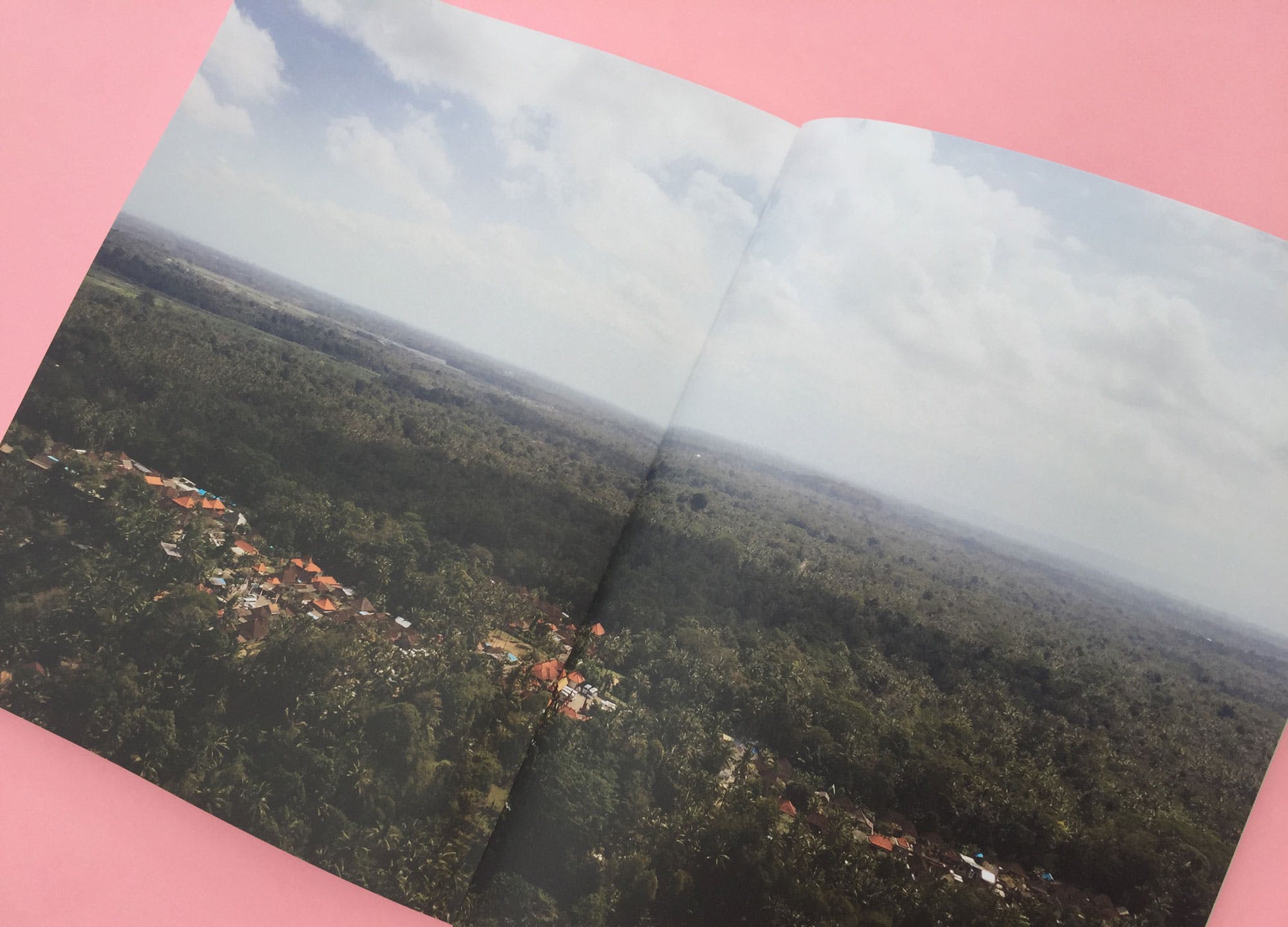 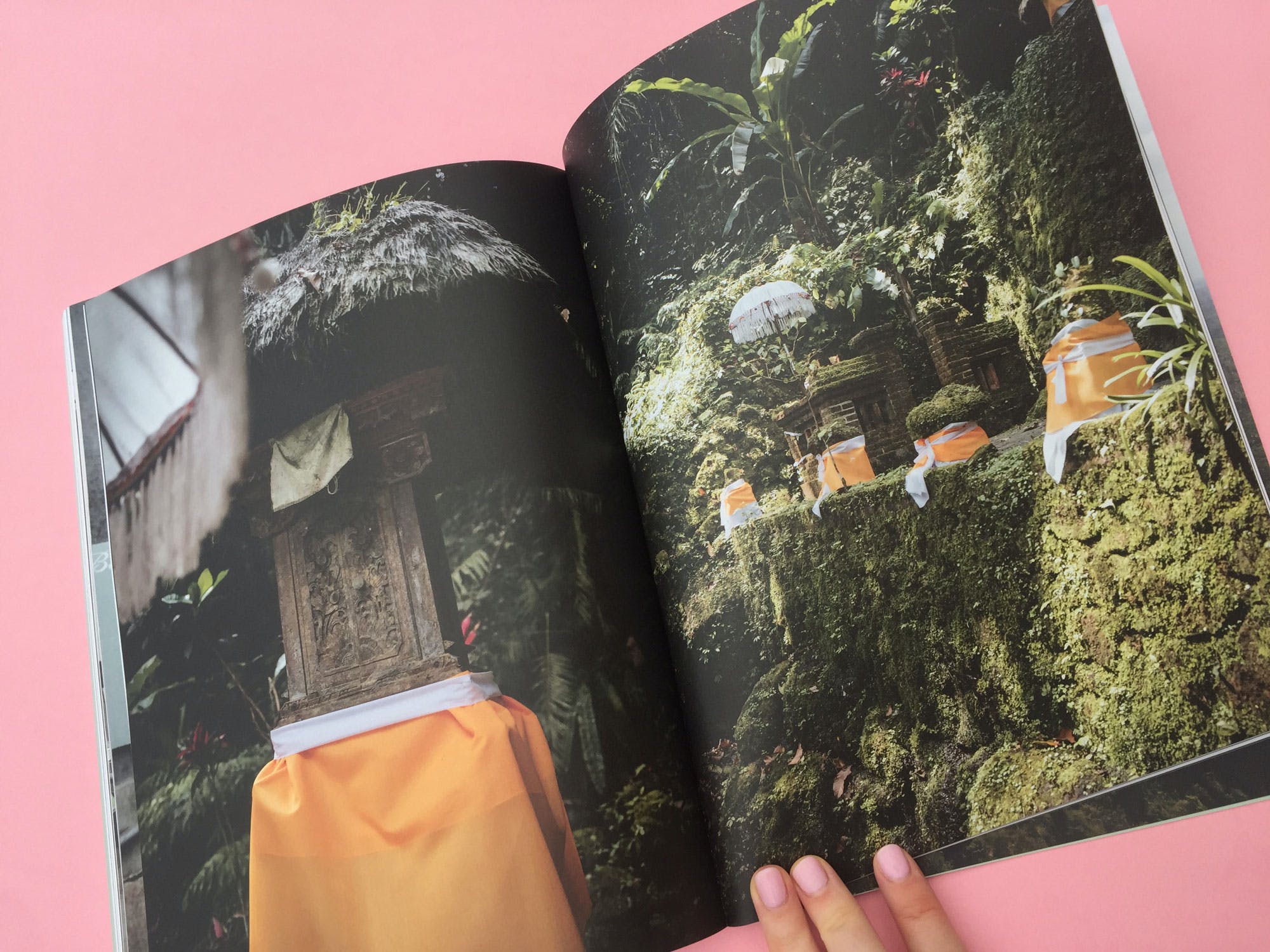