Stack Awards 2018: Best Use of Illustration 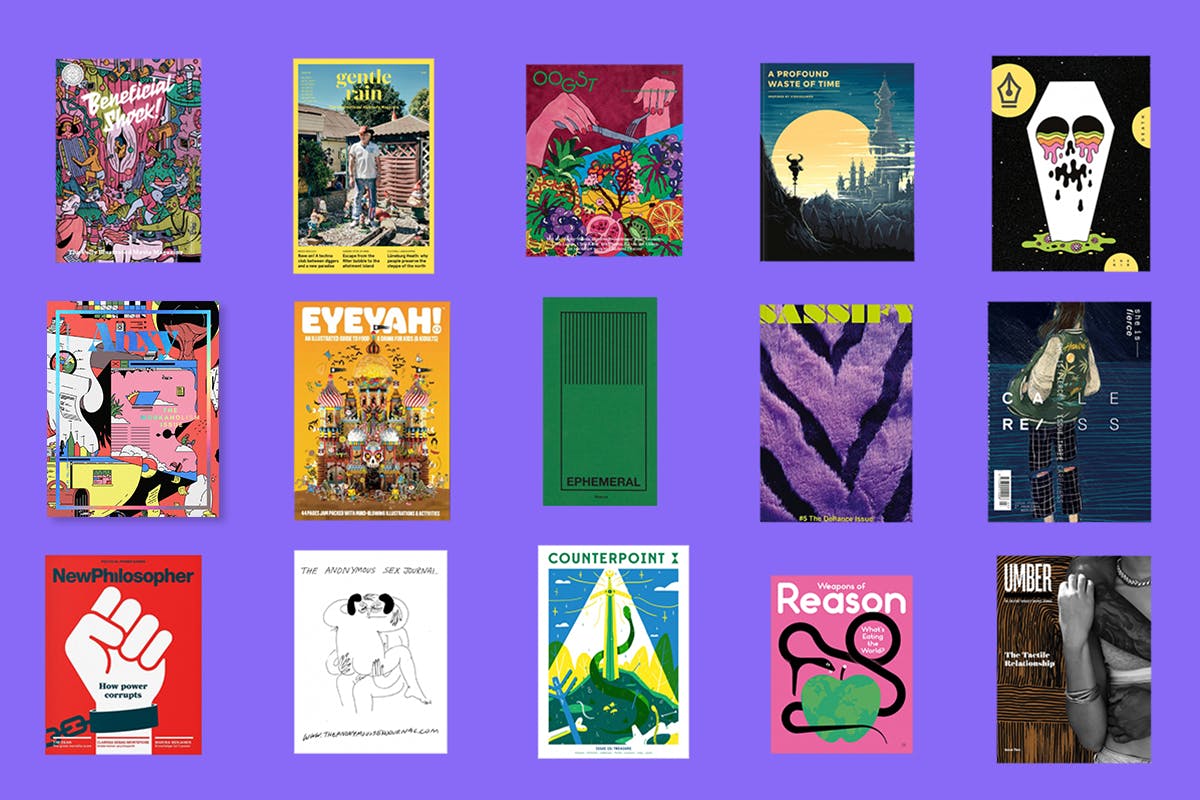 Searching for the most characterful illustrations in independent magazines, this category of the Stack Awards looks at illustrated content in its entirety. To help us find the winner, we have enlisted the help of Jon Cockley, founder of illustration agency Handsome Frank, and Simon Armstrong, book buyer for Tate Modern, Tate Britain and Tate Liverpool.

Scroll down below to see the 15 titles shortlisted in this category.

A Profound Waste of Time | London

Accessing feelings and thoughts about video games, APWOT is one of this year’s most exciting new launches. It uses illustration to show the vibrancy of the video games it covers, immersing readers in fantastical worlds rather than just showing screenshots or press pictures.

And so it begins. APWOT will be sent out at the end of May. Pre-order on our website!#magazine #editorial #illustration #games #gaming #videogames #shovelknight #independentpublishing

*SOLD OUT* ~ Last batch of The Anonymous Sex Journal #6 shipped over to @iangiles who will be peddling the remaining copies of the zine at the @printedmatterinc New York Art Book (Sept 21-23) alongside his #AfterButt publication. Another issue of ASJ in the works “The Old-Age Issue, or Sex Over Sixty” coming soon.. #theanonymoussexjournal

Anxy is a mental health magazine with honest, open discussions on our inner worlds. Using shape-driven, vividly coloured illustrations, their contributors paint images of what emotions feel like on paper.

GIVEAWAY CLOSED We’re giving away THREE PAIRS of tickets to our Issue No. 3 release party in New York next Wednesday 10/10! You and a friend will get to meet our founder, Indhira Rojas, and talk to artists and writers who helped create The Boundaries Issue. To enter, just tag an Anxy friend in the comments below. We’ll pick winners this Friday 10/5. Best of luck! __________________________________________________ #mentalhealth #magazine #indiemagazine #printmagazine #publication #magazinedesign #mentalhealthmatters #psychology #selfawareness #selfcare #personalstories #photography #creativewriting #designinspiration #newyorkcity #nyc #weareanxy #nycevents #instagiveaway #freetickets

Illustrated explorations of cinema live on the pages of Beneficial Shock!, the bold, humour-packed title by two teachers at Bristol School of Art and Design.

The full wrap around cover of the Sex Issue depicting a raucous, rowdy and somewhat naughty film set illustrated by @philwrigglesworth. Now available at our online store and all good Indy magazine shops around the globe! #indymags #illustration #cinema #film #sex #coverart #editorialdesign

Risograph-printed on rough, toothy paper, Counterpoint sees illustration as equally important as written content. Their clever use of overlaying and self-imposed colour restrictions encourages all sorts of imagination and creativity.

Ephemeral is an illustration and graphic arts magazine, created and directed by contributors that use the definition of ephemerality to explore interesting subjects.

With the aim of teaching children about graphic design and creativity, Eyeyah is a magazine with eye-catching illustration and printed puzzles. Their issues explore topics like social media and junk food.

In celebration of Teacher’s Day We are giving away free copies of EYEYAH! to all your favourite Teachers. Tag a Teacher friend and tell them to get in touch so we can send them a copy!! #teachersday #eyeyaheducation

Gentle Rain is a magazine about Hamburg. It looks at co-existence in urban spaces, talking to people in the city and around it to show how they live and work.

gentle rain issue three is out in the woods. You can catch one online, get it in our favourite magazine shops or let your local bookstore order it for you. #waterproof

An Australian antidote to the over-saturation of ‘content’, New Philosopher is a quarterly magazine that brings together heavyweight thinkers to discuss the big issues of the day.

Encouraging each artist to treat the magazine as if it’s their own work, Oogst gives illustrators a ‘blank canvas’ for each issue. For this final issue, they worked with South African illustrator Olivié Keck to show off her colourful strokes and dark undertones.

Sassify seeks out exclusive perspectives on fresh ideas, providing a platform for voices largely ignored by the mainstream.

She is Fierce | Edinburgh

s u n d a y hope you lovely lot have had a fun weekend?! I’m in full prep mode for the heatwave that’s a’coming to Scotland (finally) next week. Love this shot of our CARE/LESS issue by @hollyyolivia need these sunglasses in my life, pronto. Buy the mags via the link in bio

Umber has an emphasis on a visual narrative from the perspective of people of colour. Issue two features vector-based graphics, infographics, portrait illustrations and digital collages.

Tackling the biggest challenges faced by our world today, Weapons of Reason informs through digestible reading that will leave you inspired to take positive action. The magazine uses illustration to artfully break down complicated graphs and statistics.

It’s here! The Food issue of Weapons of Reason is back from the printers and looking amazing! Filled with brilliant illustration, data-viz and journalism, it’s on sale now and you can buy your own copy from weaponsofreason.com @weaponsofreason is an award-winning #independentmagazine published by @humanafterallstudio in #London. #illustration #editorialillustration #editorialdesign #magazinedesign #graphicdesign #indiemags #print #food