Getting personal with Penny Martin 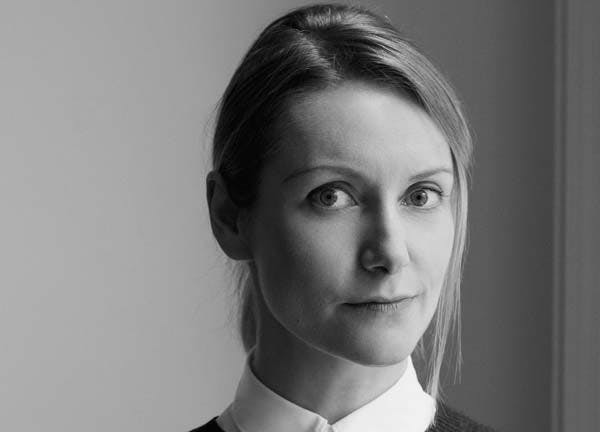 It’s a strange consequence of running Stack that these days I don’t subscribe to many magazines. Of course I buy them, but they tend to be single issues – tasters rather than long-term commitments.

The one exception to this rule is The Gentlewoman. Of all the magazines currently residing in our house, The Gentlewoman is the only one that my wife actively looks out for, and so last year I bought her a subscription. Among the many things she likes about it is the fact that it only comes out twice a year – she likes to take her time with it, and feels reassured that she’s going to have plenty of time to read it before the next one comes out.

Reading the magazine I think the editorial and design reflects this desire to go slowly and take time to absorb detail, so when I went over to the Bloomsbury offices shared by The Gentlewoman and Fantastic Man earlier this week, I began by asking editor Penny Martin whether this pace is a conscious part of the production process. 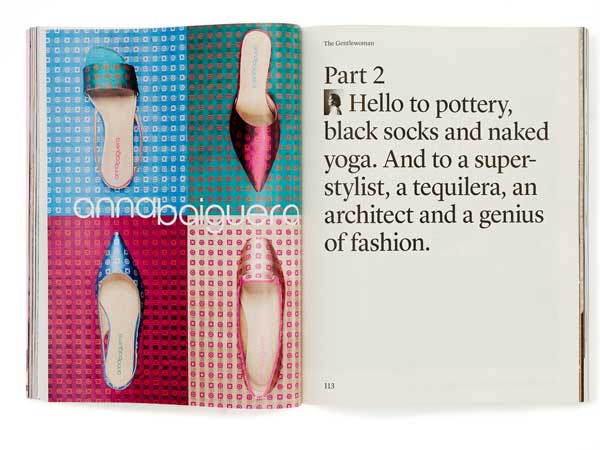 I love the way The Gentlewoman takes its time. In a way that’s unavoidable because it only comes out twice a year, but it’s also there in things like the section openers, which very calmly talk the reader through the things they’re about to encounter.
Most women’s magazines use something like that, but we try to remember what they’re for, rather than writing them like they’re just a necessary part of the furniture. There’s that word; ‘furniture’, as if you don’t really pay it any attention – it’s just there.

But that’s very true of the [publishing] house in general, in that Fantastic Man doesn’t just write captions to satisfy clothing credits, but to really invest in what they’re saying and to try to take that to another level.

If you look at the way we approach the front section, for example, things like Modern Details are less a compendium of what things to buy at this point in time, and more like where are we at this point in time… which sounds quite grand, but it’s trying to reflect on modern life and the ways people choose to live. And that’s because we’re so people-centred in the magazine. 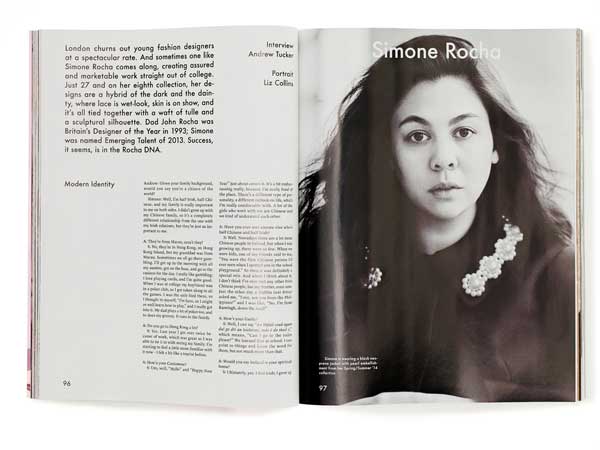 It’s interesting you mention the picture captions, because so much of the magazine’s personality comes from little details like that, or from the one-line fact boxes at the end of interviews in the front section, which might talk about a can of fizzy orange or something.
The Modernisms are always the close-up interviews with women who we assume have already arrived – we’re not introducing these women. So we’ll usually introduce a separate layer of editorial, like as you say with Simone Rocha the designer, she’s from Ireland and she mentions some drink they have there, so we pulled that out.

It actually corresponds with something we haven’t done for the first time in nine issues – we haven’t got a references section at the back. So we’ve kind of threaded those references through the interviews instead, and it’s just an extra little fun pop fact, but it kind of adds a separate element to the interview.

That’s not unique to us, but it’s particular to Jop van Bennekom, our creative director. He likes to go to an almost neurotic level of detail and hierarchy – if you look back to his original magazine, Re:, which was a brilliant magazine, in a way it was a magazine about magazines. So there were articles inside the magazine about the articles inside the magazine, all unbelievably reflexive, brilliantly experimental and very elegantly done. For me, all paths lead to Re:. It was really thoughtful and funny, and I think that’s a good thing about making our magazine – that little can of orange juice is quite cheap and it’s trying to inject a little bit of humour, because we could be an extremely humourless magazine if we didn’t have that extra level of self-consciousness about what we’re doing.

We’ve found that women are different to men as conversationalists. Especially when you’re dealing with older women, and women who have very serious jobs; they often feel they need to speak about their work to be taken seriously, and they’re worried that if they don’t get chance to talk about their work they run the risk of being trivialised. And that’s understandable, because most women’s magazines do trivialise women.

So when they’re asked to appear in the magazine they think, “Right, now I’m going to talk about all my achievements!” So I think if we didn’t have that level of gonzo humour or that slightly neurotic referencing of references, we could become really dry, or at least a bit brittle. 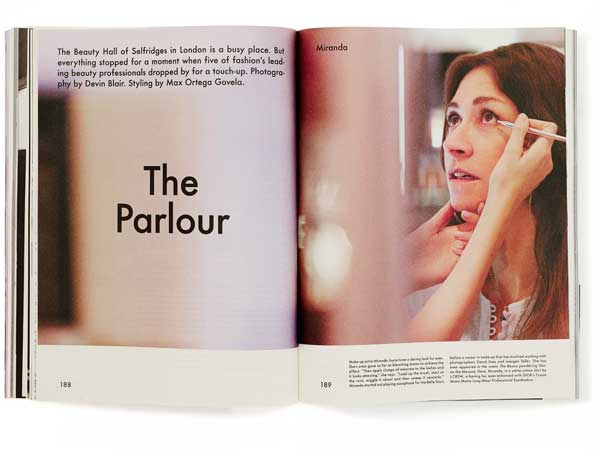 I certainly wouldn’t say you’re running the risk of being brittle, but reading this issue I did think it had gone a little bit straighter than in the past.
Oh really? Tell me more!

So my question was going to be whether that’s intentional, and you’re deliberately moving The Gentlewoman in a specific direction. For example, a couple of issues ago you had a feature with some very high powered fashion women filling their cars with petrol, whereas in this one they’re in Selfridges Beauty Hall.
So you think it’s less bonkers, and a little bit more classical?

I suppose in the past I often wasn’t sure whether you were being completely serious about something, or just a little bit flippant.
So there’s less of the feeling of are they joking?

Exactly.
Interesting. I think it’s a mistake to not have that element. Take Fenella Fielding, for example; she’s from the Carry On films and she knows, I think, that we’re not entirely serious about her in the way we’re serious about Vivienne Westwood or someone like that. I’d have thought the nods to that in this issue are somebody like Judy Murray. 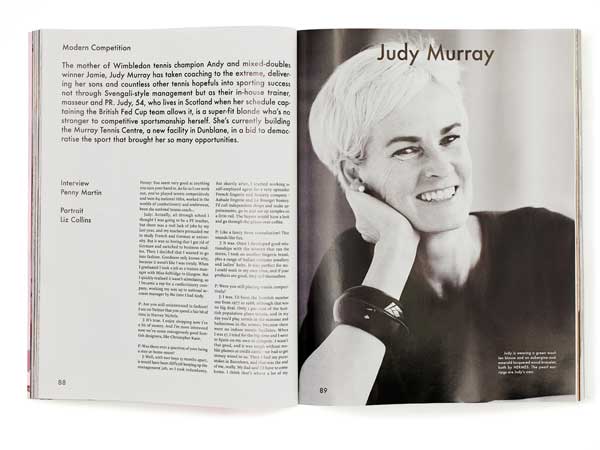 I loved that interview.
Well that’s kind of a bit funny. But yeah, maybe we are a bit more classical. Maybe we’re a bit sexier this time. Or sexy by our standards. Maybe women are a bit more heroic in this issue and not quite as camp as usual – it comes down to the women you choose, and you can control that to a large extent, but the mix has a life of its own.

The Judy Murray story is a good example – I started reading it as a funny selection, but by the time I’d finished the piece you’d totally changed my mind about her. She’s such an interesting woman…
We did Yoko Ono as well – these women who are much maligned in the press. I mean Yoko Ono is arguably one of the most maligned women in history – it’s terrible the way she’s been treated by the press, and so has Judy Murray, considering what she’s achieved. I like that approach. 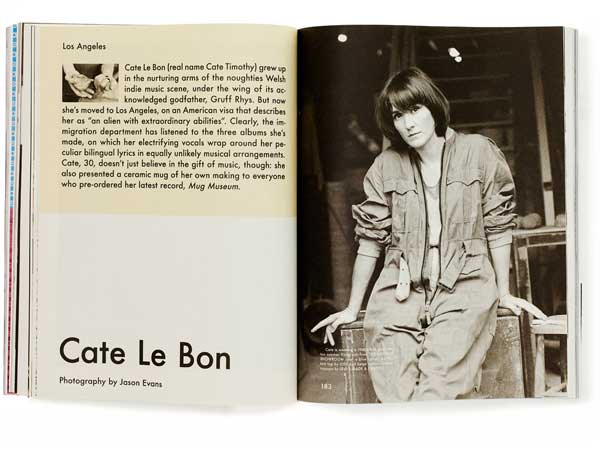 Talking about the women you have in the magazine, I want to take you back to Jeremy’s Modern Magazine conference last year, and a quote I wrote down that day. You were on a panel of women’s magazine editors and you said, “This would be a really poor session if we were trying to come to consensus on what should be in a women’s magazine”. And that really stuck with me, because the discussion was actually heading in that direction of consensus.
Well pop feminism is becoming quite tyrannical isn’t it? You read the slightly insincere hegemony of pro-women language at the moment and you feel that a lot of it is really ill-considered. With a publication that’s produced by as few people as ours, you can take a lot of risks, so of course it’s going to be about your personal tastes.

Yes, we probably share a wish list that has a lot of parity with Vogue’s and Porter’s, and maybe some of Love, but ultimately you end up with the people you really love, and I doubt that the people I really love are the same as those other editors’. So there’s a lot of me and Jonathan and Jop and Veronica and the rest of our team in here, and the editorial mix is quite particularly ours.

There always has to be somebody with a story, somebody who isn’t completely defined by their past achievements, somebody who’s prepared to do ‘that’ (for the benefits of the tape, placing hands on hips…) somebody who will come close to the photographer and be forthright and opinionated, because so many interviews you read these days, you give yourself a shake and realise they’re not saying anything at all.

But consensus? There’s a whole lot of good taste people and god knows I’ve tried for them all. And I hope one day we’ll have them in the magazine, because we all love Charlotte Rampling, we all love Julie Christie, but with me you’re also going to get Fenella Fielding and Judy Murray and Janet Street Porter, because those are the people I love. It’s personal isn’t it? 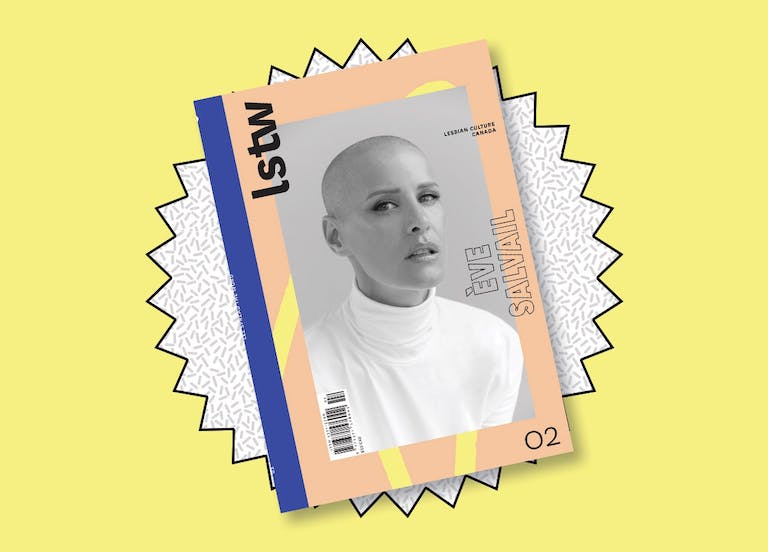 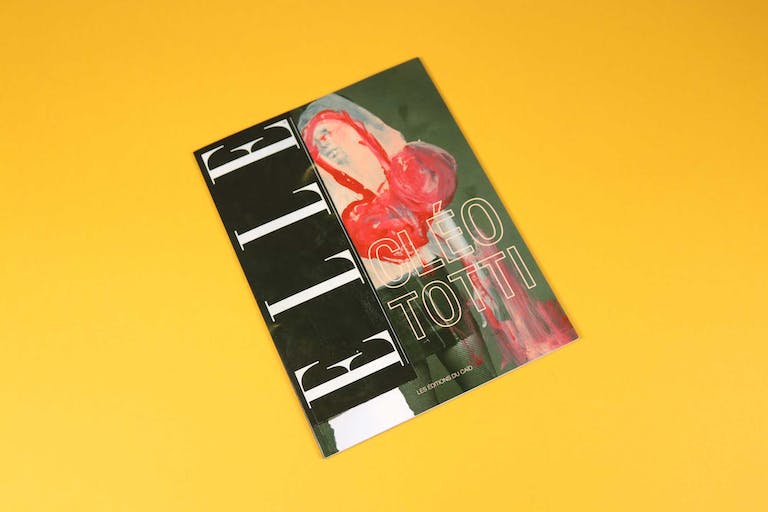 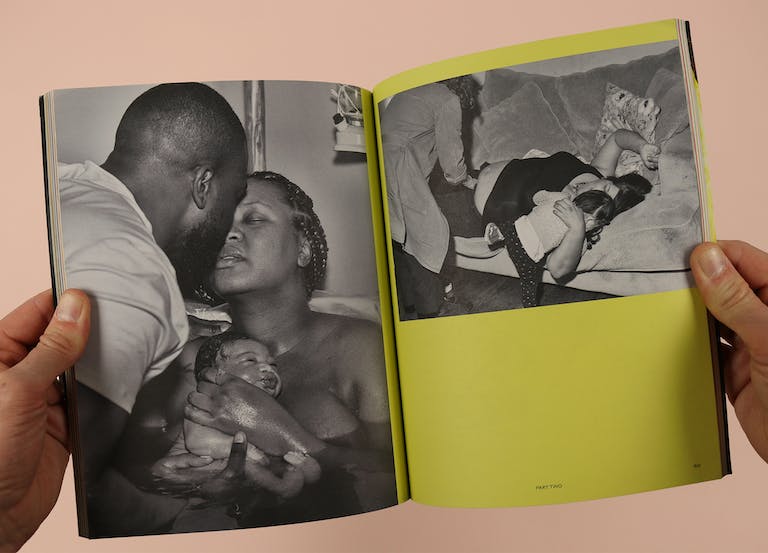